With the sound defeat of the French Army by the new Imperial German Army in 1870, the French military found the need to update its arsenal. The results were double-action revolvers comparable to other military service revolvers that were popular within Europe during the late 19th century. The two models developed in France during this era are the Chamelot-Delvigne Módele 1873 and the MAS Módele 1892. Both firearms were produced by Manufacture d’armes de Saint-Étienne (MAS). Despite their age and length of service, these two models continued to successfully serve in to the 20th century in both World Wars. 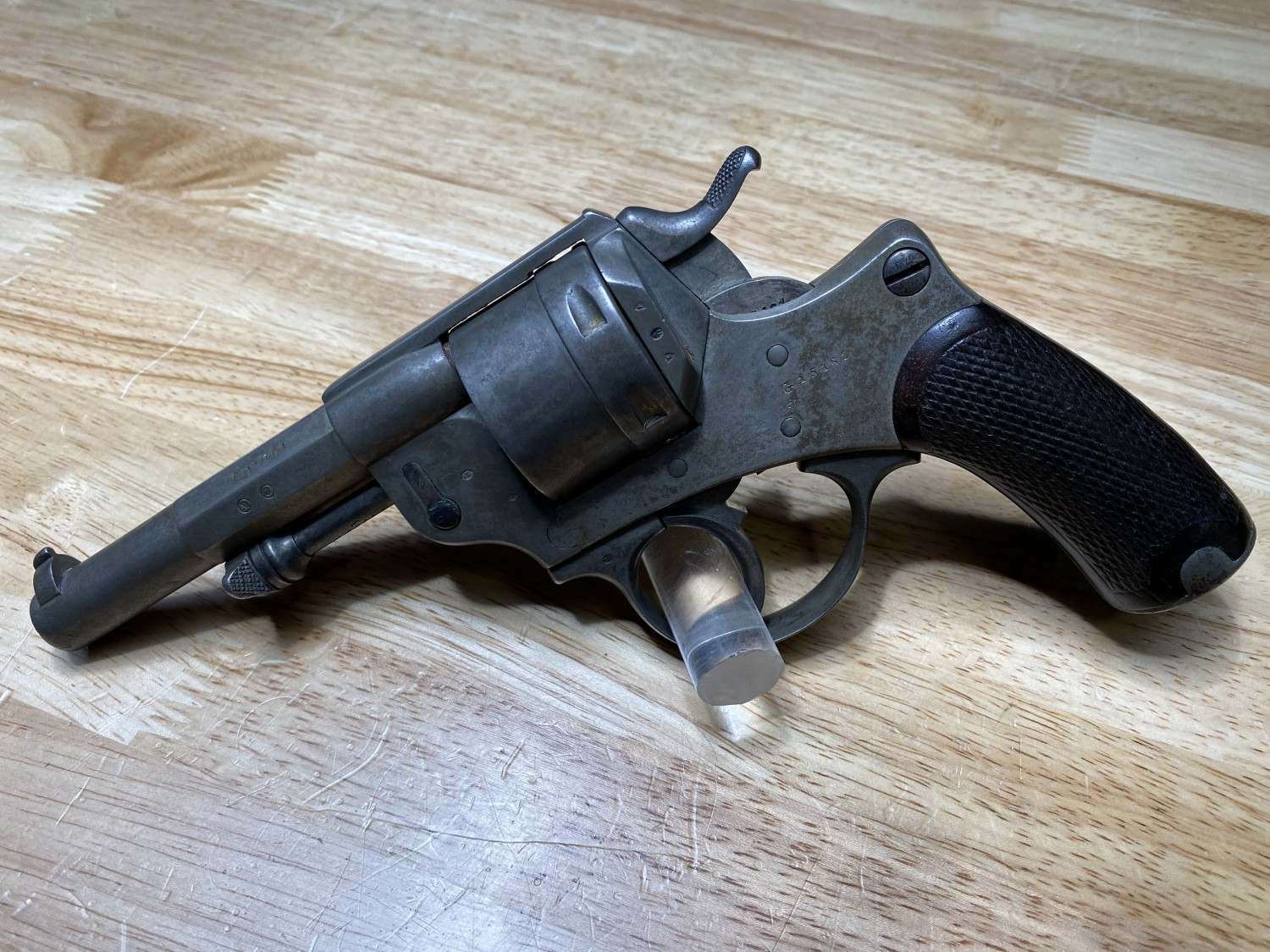 The French defeat in the Franco-Prussian war obliged the French Army to modernize its sidearms. The result was the first double-action pistol used by the French Army, the MAS 1873. Chambered in 11×17.8mmR, it was soon determined that the velocity of this heavy round was insufficient. Despite the inefficiency of the round, the revolver was regarded to be reliable in adverse conditions. Interestingly, the revolver was developed to be able to fire German pistol rounds as well as the proprietary French rounds. The Germans, however, could only fire their found from their service revolver.

Two different models of the revolver were developed for the French Army. The Módele 1873 for non-commissioned officers and the Módele 1874 for the officer corps. The primary differences between the two are the finish color and slightly shorter barrel length and fluted cylinder for the officer’s version. The revolver proved to be popular and was successful in the export market. Belgium, Italy and Switzerland adopted the revolver in their militaries in the 1870s. Despite their age, they were used in the trenches of the Great War as revolvers replaced swords as practical weapons for trench warfare. In the Second World War they were still used as a police officer’s sidearm. Approximately 337,000 units were produced during its lifecycle.

The Módele 1873 was eventually replaced in front line units by the Módele 1892 also manufactured by MAS. It fired an 8mm cartridge that is similar to the power of the .32 ACP round. This round was smaller than its British Webley competitor but superior in velocity to its 11mm predecessor. Like the 1873, it was a double-action, solid-frame design. It also had the capability of being fired in single action by manually cocking the hammer. The chambers are accessed by swinging out the cylinder to the right. The fired cases could be removed and replaced by fresh loads. After reloading, the cylinder is moved back into the frame and locked in place with the loading gate located on the right side of the frame. The design was mechanically tight enabling a reliable and accurate firearm.

Like the 1873, the 1892 was a popular export to Belgium, Czechoslovakia, Spain, Monaco and Yugoslavia. It was also used in the militaries of the former French colonies Algeria and Vietnam. The revolver was used in both World Wars as well as in the First Indochina War. Notably, the 1892 was used in the 2018 Strasbourg terrorist attack. In all, more than 350,000 units were produced with many finding their way to the states as bring backs from the World Wars and Vietnam.

French revolvers during the late 19th century, albeit under powered, were reliable sidearms that served the multiple militaries for nearly one hundred years. Despite the beginning of the integration of semi-automatic pistols in 1935, the revolvers remained relevant for decades. In modernity, these French revolvers are an excellent addition to any collection of 19th century firearms. For pistols that are more than one hundred years old, they feel good in the hands and many are still operable if ammunition can be found.