A Brief Summary of the Joint Service Small Arms Program 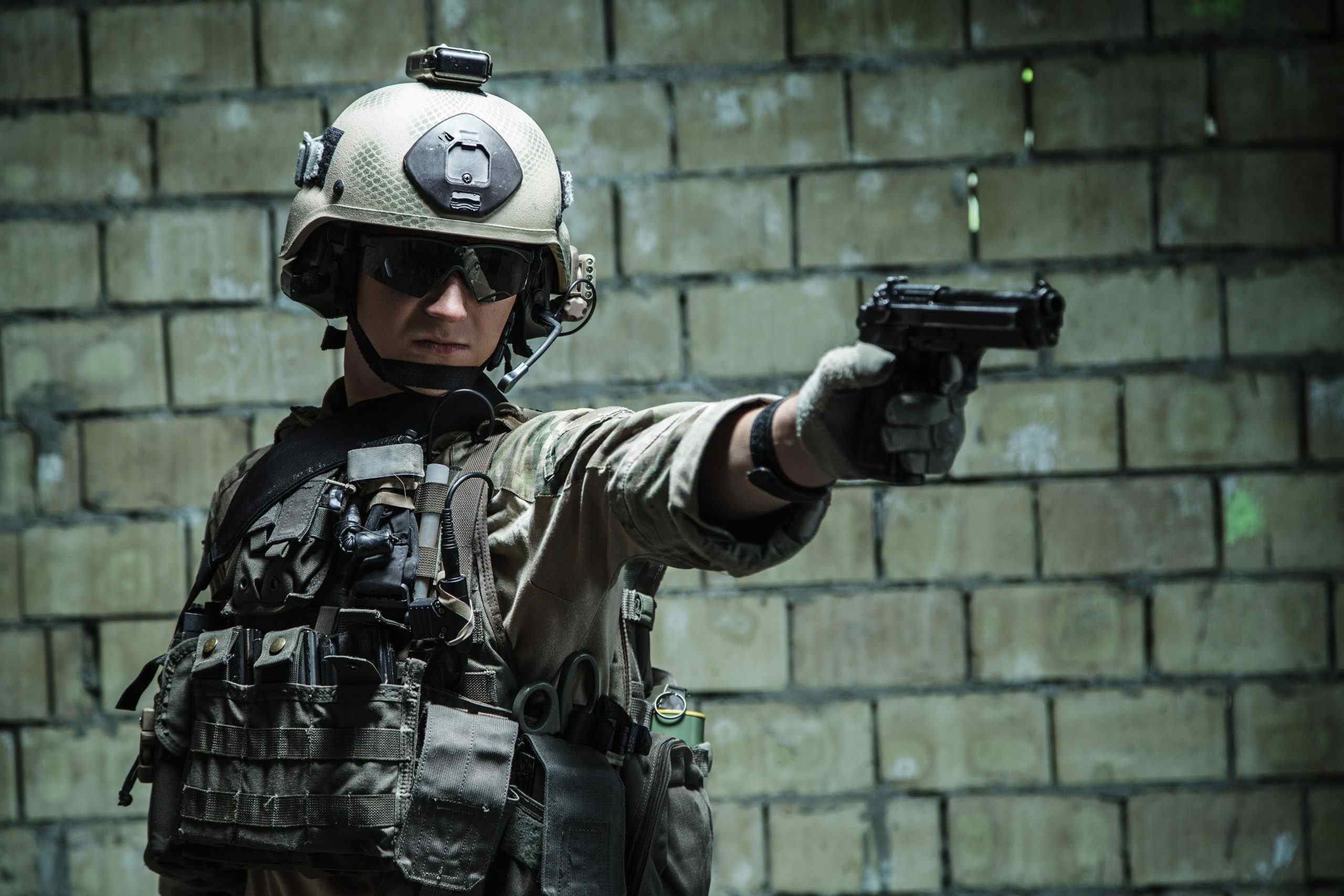 In the 1970s, the stockpiles of sidearms in the US military were beginning to wear out and it became clear that a replacement would be needed. This combined with the inefficiency of the Air Force having 25 different handguns in its inventory obliged the U.S. Congress to encourage the Department of Defense to procure a new handgun that would serve all branches. The United States Joint Service Small Arms Program of the 1980s was designed to consolidate the plethora of small arms being used by the U.S. Armed Forces into one efficient package. Despite being edged out by the Sig Sauer P226 in a number of testing areas, financial reasons decided that the Beretta M9 would be the sidearm for all branches of the U.S. military.

The first series of tests were conducted by the U.S. Air Force but the Army rejected the result of the testing as they were dissatisfied with the sand, mud and extreme temperature testing. In 1981, the Army was given control of the testing and it was renamed the XM9 project. The Army required that the submitted pistol would be subject to 85 requirements. Among these requirements were that the handguns were to be chambered in 9mm NATO, they would have a detachable magazine with at least a 13 round capacity, a magazine catch ejecting the magazine with the use of one hand, double-action and single-action operation, a slide stop that locks open when the magazine is empty and a 5,000 round durability of no more than eight malfunctions. Basically, it was a battle of the new wonder nines being developed during the 70s and 80s.

There were many pistols submitted during the tests. Beretta submitted the M9 which was already in military use with Israel. Sig Sauer submitted the P226. FN submitted the BDA, which was the double-action version of the Browning Hi-Power. Colt submitted the SSP, somewhat similar in appearance to the 1911. German companies Walther and H&K submitted the P88 and P7 respectively. Smith & Wesson submitted its model 459. Steyr, fresh off their defeat by Glock for the Austrian military contracts, submitted the GB pistol.

After a dramatic second testing conducted by the army, controversy ensued due to alleged favoritism for the Beretta and Congressional involvement in 1983. A third test was conducted in 1984. Most firearms failed the rigorous reliability test. The Steyr GB, having an attractive 18 round capacity, failed reliability testing and was rejected. The Walther P88 failed the drop test and the wet and dry mud tests. Two of the tested P88 units also had cracked frames after 7,000 rounds. Government archives show that the FN BDA and the Colt SSP were voluntarily withdrawn. The HK P7 was rejected for failing reliability and salt water corrosion tests. The Smith & Wesson was rejected for failing service life tests and firing pin energy requirements. This left the Sig P226 and the Beretta 92 as the two finalists.

What led to the Beretta being selected over the Sig Sauer P226 was essentially financial considerations. Although the Sig outperformed the Beretta in a number of areas, Beretta dropped the price of their units 18 percent in an effort to outbid Sig. Ultimately, Beretta was selected as the winner of the XM9 project and was chosen as the manufacturer of its service pistol. Further attempts to contest the results of the testing failed to materialize and Beretta’s M9 served the military for nearly thirty years.

D4Guns.com often has firearms for sale that participated in the XM9 project. Click here to have a look at our handgun inventory up for sale.