Wonder nines are pistols that have defined the modern handgun. The evolution of the standard police firearm from the revolver to the double stack 9mm was largely due to the success of wonder
nines developed in the 1970s. The ability to quickly load 15 rounds in detachable mags while not having to manipulate a safety made the revolver obsolete for police use. Three firearms that fit this category and defined the concept of wonder nines are the Smith and Wesson 59, the Beretta 92 and the CZ75. Despite the age of these pistols, they remain popular as they continue to be upgraded for modern solutions. 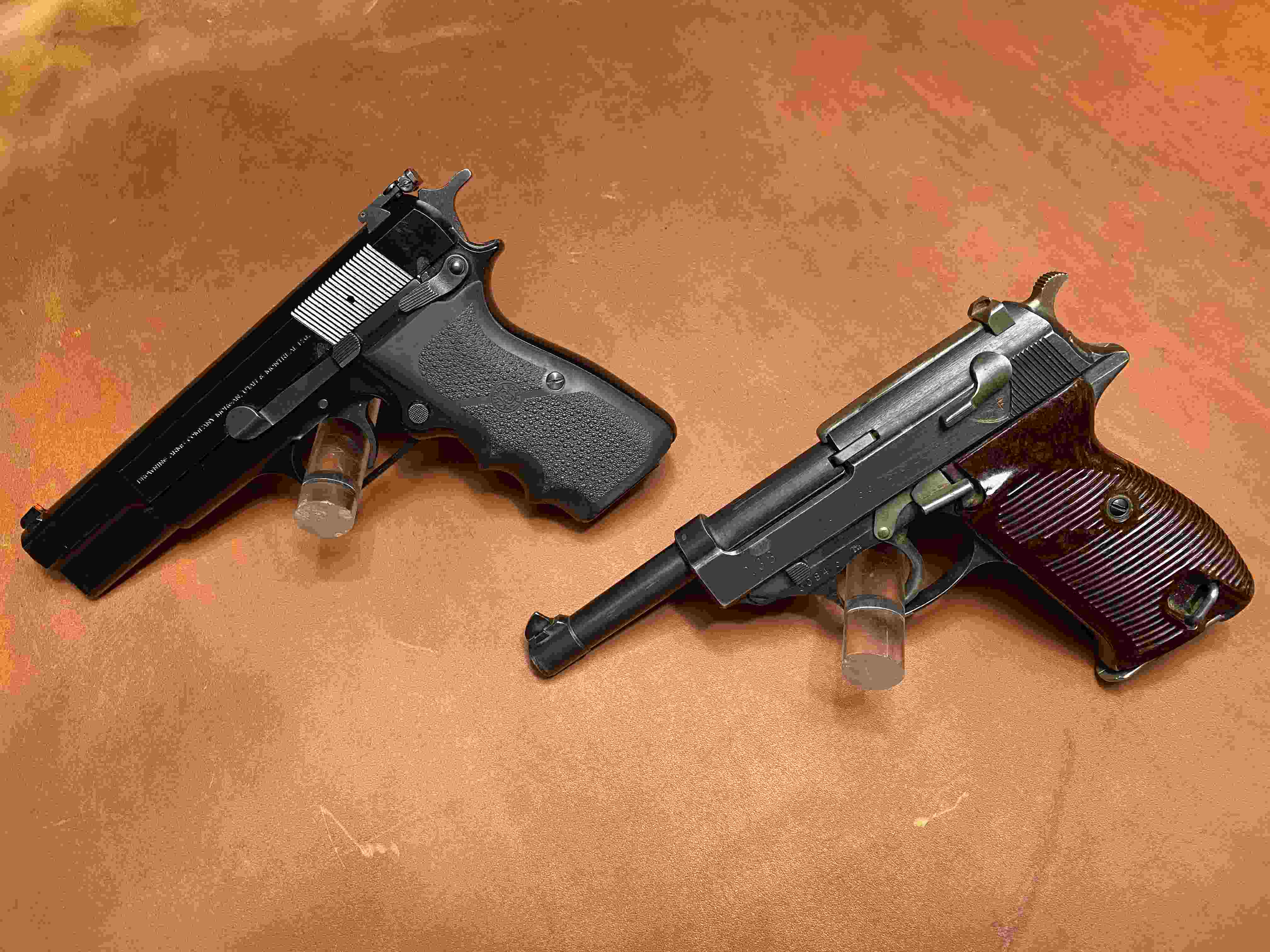 The exact definition of “wonder nine” varies between sources. Sources such as Wikipedia suggest that a wonder nine is any semi-automatic pistol chambered in 9x19mm with a double stack magazine and a double-action trigger for at least the first shot. The other school of thought argues that the “safe-action” trigger system as found on Glocks for example is neither double-action nor single-action it does not fall within the wonder nine parameters. I would side with the latter as the striker fired system does not fit the “spirit” of the wonder nines. In any case, the focus of this article will be on three hammer fired wonder nines developed during the 1970s.

Before delving into the specifics of the three handguns in question, the origins of the wonder nines should be considered. Certainly, an influence of the wonder nines is the Browning Hi-Power pistol. Although it did not have a double action first pull it was the first widely used commercial pistol that used a double stack detachable magazine. The Walther P38 was also a primary influence for wonder nines, even though it used a single stack magazine, it had a DA/SA trigger system with an optional manual safety. The combination of features from these two firearms are the basic formula for the wonder nines developed in the ’70s and ’80s.

The Smith & Wesson Model 59 can be said to be the first wonder nine produced. Essentially, a large-capacity of its predecessor the Model 39, the Model 59 had a 14 round capacity in double stack magazines. One can see the influence of the Hi-Power as it was operated by the Browning style locking system. Early production models were tested by the Navy SEALs, but did not see service with the military. Although this particular example was only produced for ten years, its successor, the Model 459, was produced for another four years from 1984 – 1988. While it set the stage for the wonder nine revolution, this particular example did not see the success that the Beretta 92 and the CZ75 still enjoy. 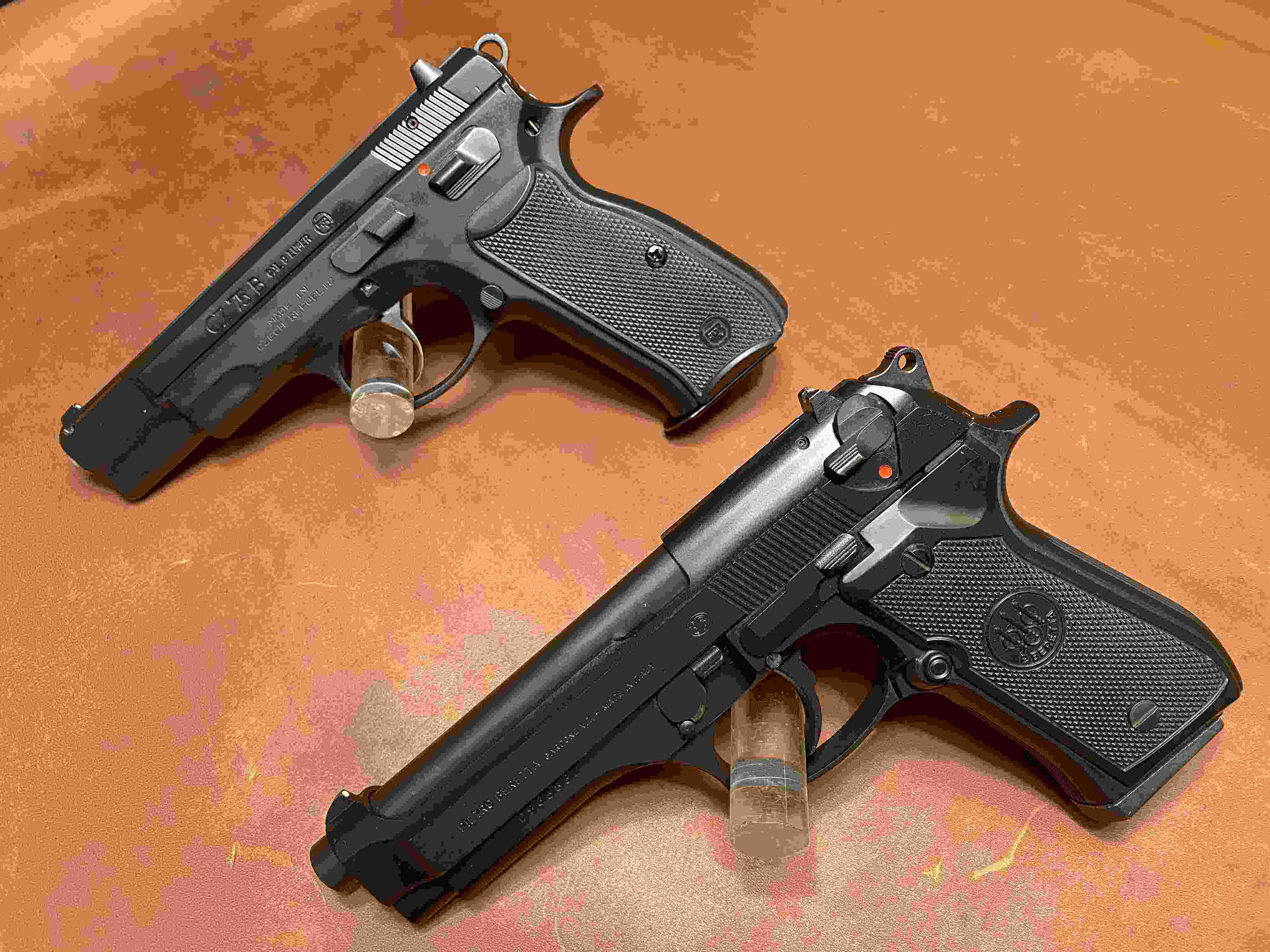 Hot on the heels of the success of the Smith & Wesson Model 59, the Beretta 92 entered production in 1973. An evolution from their earlier M1923 and M1951, the 92 featured a slide mounted safety and a 15 round double stack magazine, quite the upgrade from the 8 round single stack of its predecessor: the Model 1951. The 92 is somewhat reminiscent of the Walther P38 as it also features an open slide design. The safety on the slide also functioned as a de-cocking mechanism like the P38. Also used from the P38 are the alloy frame and locking block barrel. The 92FS famously served as the primary sidearm of the United States Military from 1985 until the recent adoption of the Sig Sauer P320. With more than 3.5 million units have been produced, it is likely the most famous among the wonder nines as it is also glorified in media as well as military and police use.

The CZ75 began production in 1976. However, due to restrictions from the Soviet Union, it was not widely introduced until the 1990s. Aesthetically and operationally similar to the Browning Hi- Power, the 75 is a short recoil, tilting barrel design with double stack magazines that contain 16 rounds. Not as popular as the 92, the 75 has seen more than 1 million units produced. While able to be fired in the double-action mode, the original 75 did not sport a de-cocking mechanism as it only had a manual safety. The hammer has to be manually lowered after loading the firearm. Later versions such as the 75BD were improved with a de-cocker mounted on the frame. While not as popular as the 92, CZs dedication to constantly upgrading the 75 series ensures that it will be the flagship firearm of CZ for the foreseeable future.

The success of the wonder nines led to the replacement of revolvers for police and adoption of double 9mm pistols in most militaries around the world. The popularity of the 9mm cartridge as well as the continuous improvements of wonder nines such as the Beretta 92 and the CZ75 will ensure its continued use as all purpose firearms. D4Guns has numerous examples of these popular firearms on our website D4Guns.com as well as in penny auctions on GunBroker.com.