The interwar period in the Soviet Union saw the rapid modernization of the Soviet military’s small arms. The Nagant 1895 and the Mosin-Nagant M91/30 were quickly becoming obsolete as military firearms. A new rifle and sidearm were necessary to bring the Red Army in line with its European competition. In response to this need, Fedor Tokarev cemented himself in firearms history by inventing the TT-33 and the SVT-40, two of the primary firearms that the Soviets used during the Second World War.

In 1871 Fedor Vasilyevich Tokarev was born in the village of Yegorlykskaya near Rostov in southwest Russia. At the age of 17, Tokarev was admitted to the military vocational school and graduated four years later as a non-commissioned armorer-artificer. In 1900, he graduated from the military technical school as a commissioned master gunsmith with the 12th Cossack Regiment. Despite being an officer in the Imperial Army, he survived the Communist purges and was appointed as senior engineer at the Izhevsk Arms Plant in 1919 and then at Tula in 1920. It was at Tula where he began to develop firearms for the Soviet Army.

Among Tokarev’s early projects were the conversion of the Mosin-Nagant M91 to a fully automatic configuration. This project pre dated the Great War, and while officially tested by the military, ultimately it was permanently shelved due to the outbreak of the war. From 1921 – 1925, he developed a light machine gun designated the “Maxim-Tokarev” which was a modification of the Maxim Model 1910 machine gun. In 1927, he developed a machine pistol that used the old 7.62x38Rmm round. This firearm was not selected for use though as the 7.62x38Rmm was shelved in favor of the 7.62x25mm Tokarev round. 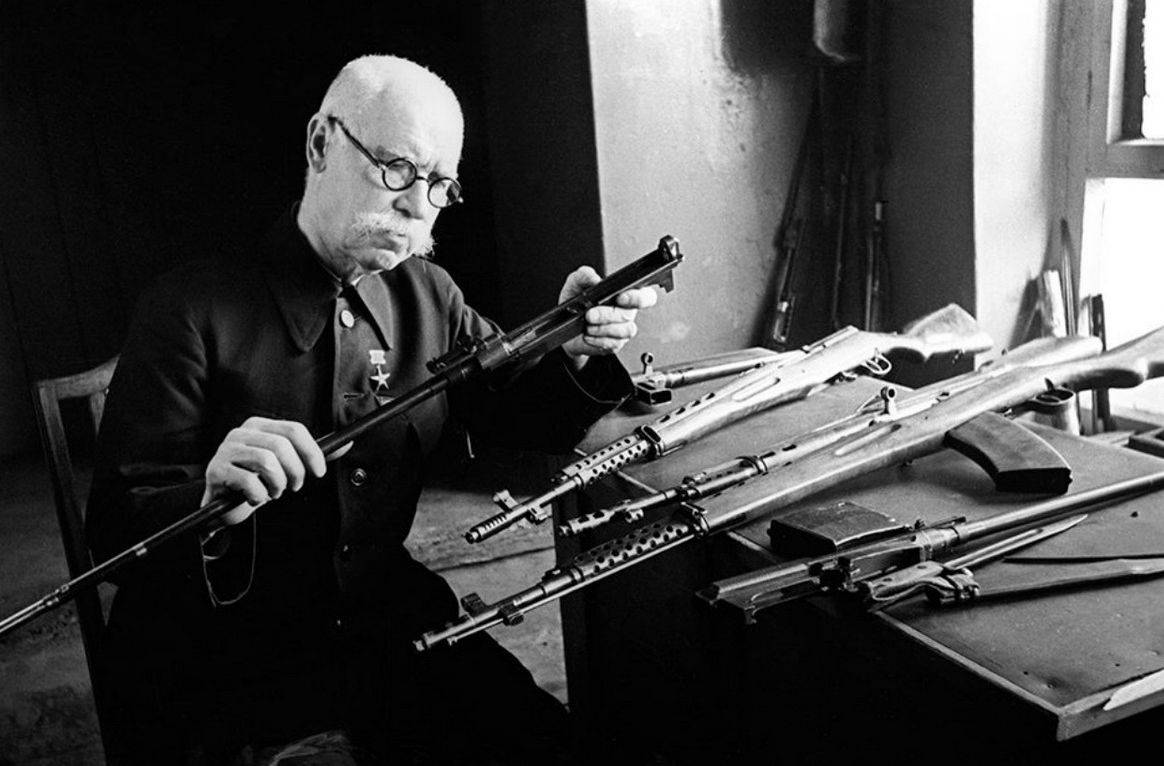 In 1930 the Soviet Union recognized that the Nagant M1895 was obsolete as a firearm and ran trials for a semi-automatic pistol. Tokarev entered his TT-30 design that beat the competition from S.A. Korovina and S.A. Pilutsky. Many improvements were made during the pre-production phase including minor changes to the barrel, disconnector, trigger and frame. This redesign was designated the TT-33 and entered production in 1933. The pistol possessed all the hallmarks of Russian weapons: simple to produce and maintain while being exceptionably reliable and easy to use. The pistol remained in use throughout World War II and the early Cold War until being phased out by the Makarov PM pistol in the 1950s.

Around twenty five years later, Tokarev’s semi-automatic rifle was finally adopted as the SVT-38 with the intent of being the Red Army’s primary service rifle. Like the TT-33, the rifle underwent a series of improvements early in its lifecycle. Lessons learned from the winter war led to a redesigned magazine release, a one piece handguard and changes to simplify manufacturing. The redesigned rifle was designated the SVT-40 and began production. Unlike most other Soviet military equipment, there continued to be many problems with the rifle that had to be fixed in the field. The design was complex by Soviet standards and rather picky with the ammunition it fired. Unfortunately for the rifle, the German invasion in 1941 disrupted the production and the improving of the rifle and the Soviet Union was forced to revert to the Mosin-Nagant M91 and its variants as the primary service rifle. After the war, the SVT quickly became obsolete with the introduction of the SKS and AK-47 and was phased out of service.

Tokarev was honored for his designs as he received the title of Hero of Socialist Labor, the Soviet Union’s highest award as well as a doctorate degree in technical science. He continued to contribute written material for technical publications until his death in 1968. Of all his inventions the TT-33 and SVT-40 were the most important for the firearms industry as they were selected for service with the Red Army. For a collector seeking firearms like these, D4guns.com often has a TT-33 or one of its variants for sale at great prices. Be on the lookout for this in our inventory at D4Guns.com