An Historic Overview of 7.62x25mm Pistols in COMBLOC Service 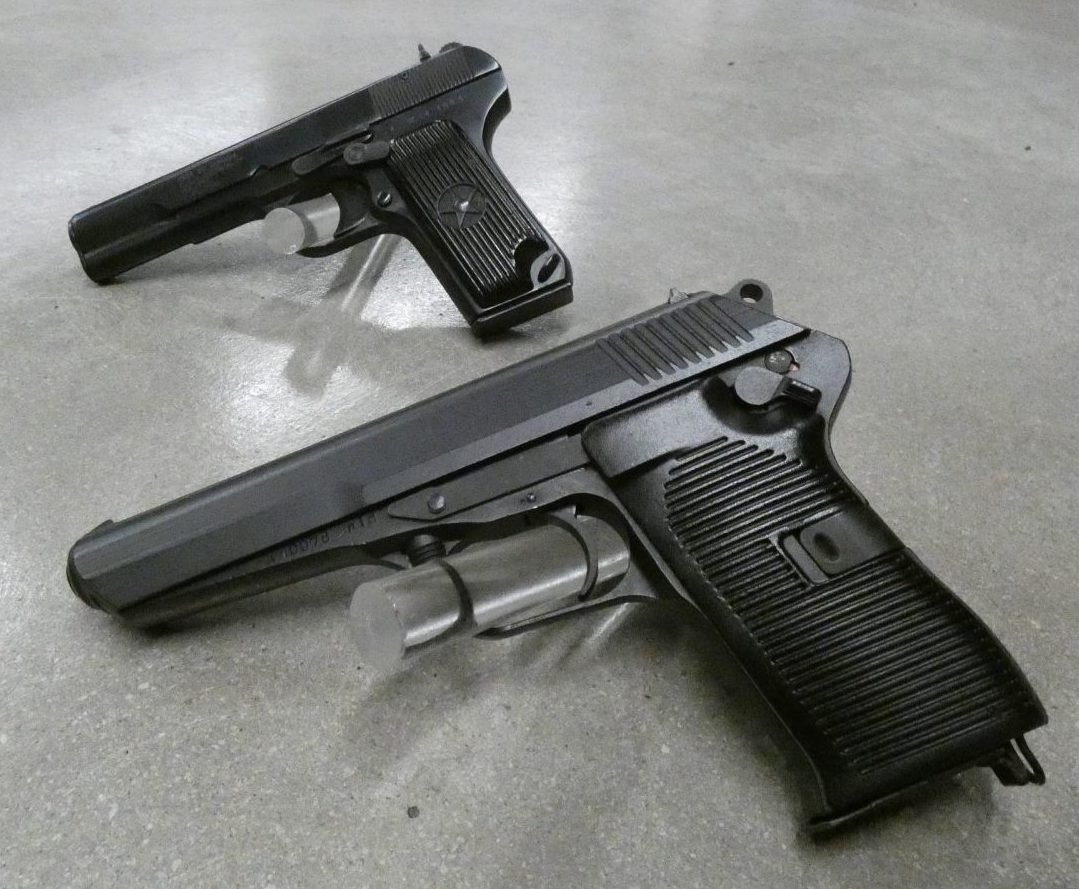 When one thinks of semi-automatic sidearms used by the Soviet Union and its allies, the Tokarev TT-33most often comes to mind. This pistol was developed to accept the 7.62x25mm cartridge based on the German Mauser round. Czechoslovakia, as part of the Warsaw Pact was obliged to develop the CZ 52 that would also use the 7.62x25mm cartridge. This flat shooting, high velocity round is able to travel at a velocity of 1,300 to 1,800 fps, noticeably more penetrating power than the 9x19mm. Both these handguns served admirably in combat capacities until they were replaced by handguns using the 9x18mm Makarov cartridge.

As the Nagant 1895 revolver became obsolete during the interwar years, the Soviet Union looked to replace the aging revolver with a more modern semi-automatic. In 1930, the Soviet Revolutionary Military Council held tests to determine a new service pistol. The TT-33 was selected and after a number of improvements was selected and approximately 93,000 units were produced between 1930 and 1936. The pistol appears to be a combination between the FN model 1903 and the 1911. The TT-33 uses the same short recoil tilting barrel system as found in the 1911 while being aesthetically similar to the 1903. 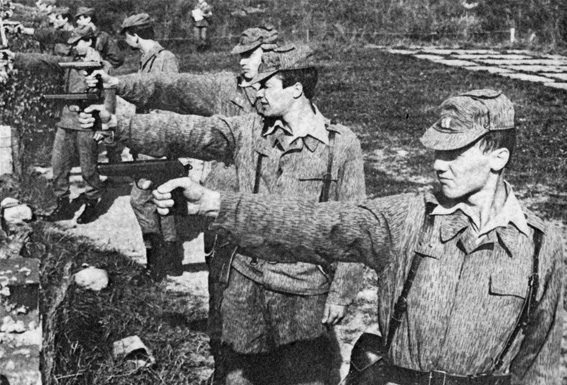 The TT-33 was used in each COMBLOC nation with the exception of Czechoslovakia. A quick search shows that the military or police forces of at least 59 nations have used the TT-33 or one of its variants. They are still being used by the armed forces of Bangledesh and North Korea while being phased out by the police forces of Pakistan.

In addition to the Russian manufacturing facilities Tula and Izhevsk, it was produced by such COMBLOC manufacturers as Cugir, Arsenal and Zastava to name a few. The simplicity and reliability of the TT-33 has led it to be one of the most popular military pistols in the world. While the Russian models are expensive, (generally found between $1,000 and $3,000) the clones can be found for as low $300 – $500, making them a good choice for a budget minded collector.

The CZ 52 was an anomaly in the post-war Soviet world in which the TT-33 dominated. Before the Second World War, the Czech arms company Ceska Zbrojovka enjoyed a thriving arms industry that had many connections to the West. This influence allowed them to develop their own domestic pistol rather than simply adopting the TT-33 as other COMBLOC nations. CZ developed a 9mm pistol just after the Second War but the strong hand of the Soviet government intervened and they were forced to manufacture a pistol that would use the Tokarev round. The result was a roller-locked short recoil operated pistol with a single action trigger and an external hammer. Unlike CZ’s modern offerings, the bore axis is rather high causing a sharp felt recoil. Production began in 1952 lasting until 1954 in which approximately 200,000 units were manufactured.

While a successful design, the CZ 52 did not enjoy the same success the TT-33 did outside the country of its manufacture. Besides Czechoslovakia, the firearm was used by the militarizes of Algeria, Grenada and Tanzania. With the adoption of the 9x18mm Makarov as the standard Warsaw Pact round, CZ developed and began to integrate the CZ 82 as its primary military firearm. After the fall of the Soviet Union, the CZ 52 hit the surplus market as a very affordable option to collectors or as an adventurous concealed carry option.

The Tokarev round fired out of the TT-33 and the CZ 52 dominated the COMBLOC nations for decades. 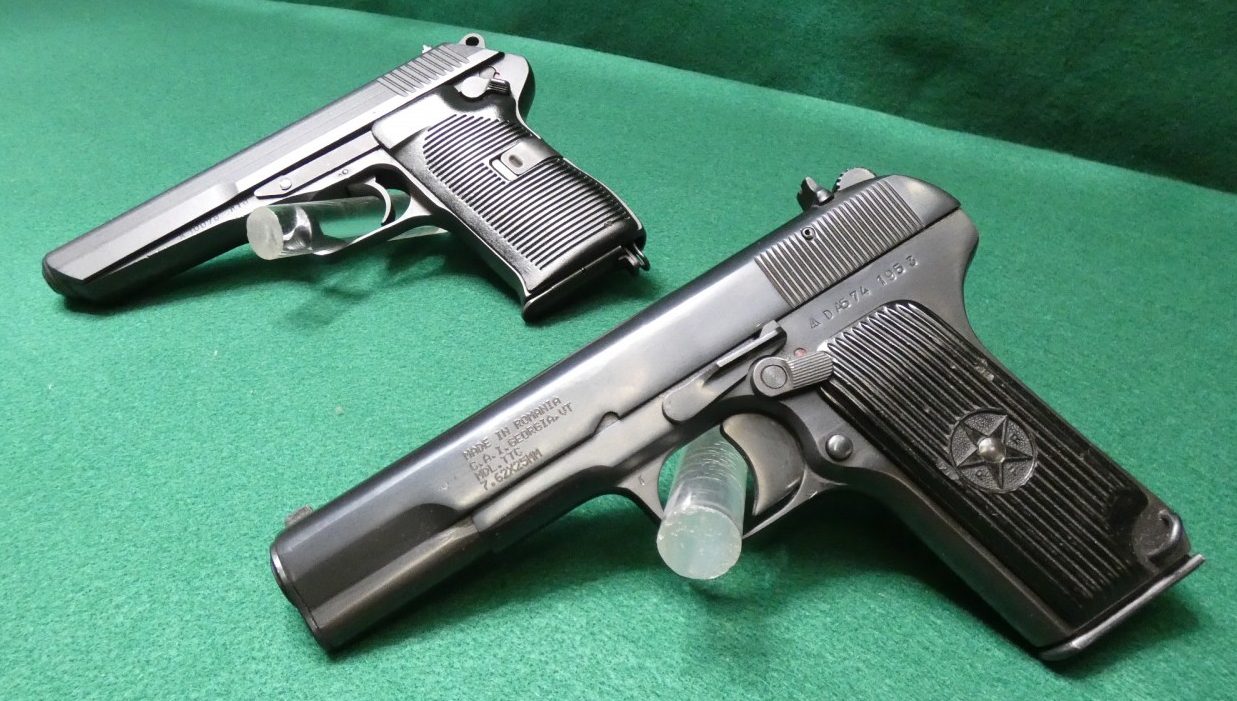 The high velocity packed in the Tokarev round was robust, reliable and gave the round a positive reputation that remains to this day. The affordability of TT-33 clones and the CZ 52 make them an attractive option for those who wish to collect or gain experience with the penetrative power of the Tokarev round.