In the world of fine double barrel shotguns, Parker Bros. carries the reputation as being one of the finest 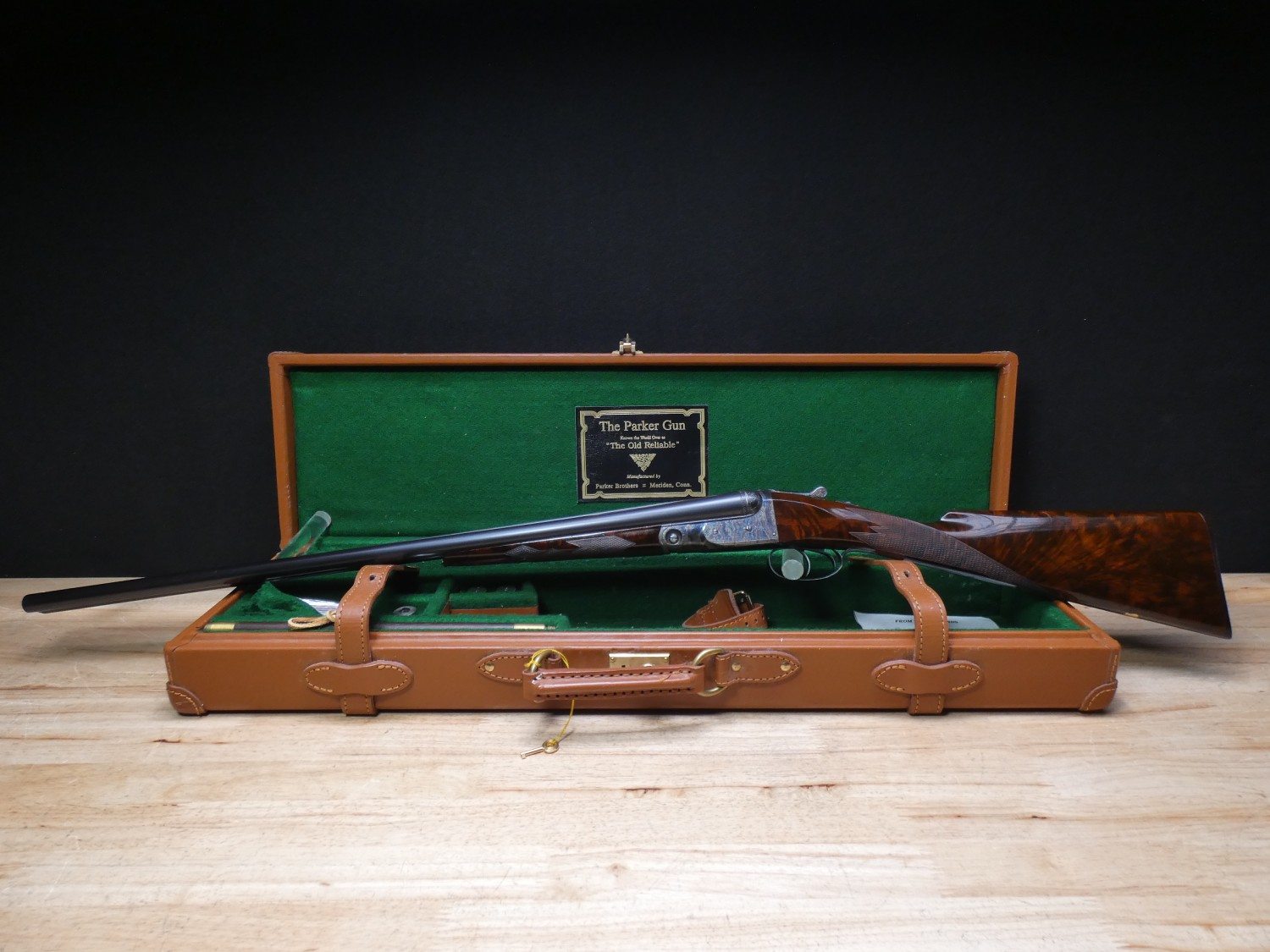 American made vintage shotguns ever produced. With a plethora of special grades, models and calibers, there was a shotgun for the different needs of an array of shooters from hunters to competition shooters.

D4 Guns is proud to showcase a lavish double barreled Hammerless GHE Grade 2 that is currently up for bid at GunBroker.com.

Produced in 1917 and restored by DelGreco, this mint double barrel Grade 2 shotgun is equipped with higher quality American walnut and the barrels are made of Parker Special Steel that feature unique engravings of game birds. In addition, this particular model has ejectors, which were an upgrade option at the time as they were not common or standard on these shotguns during the year it was produced. 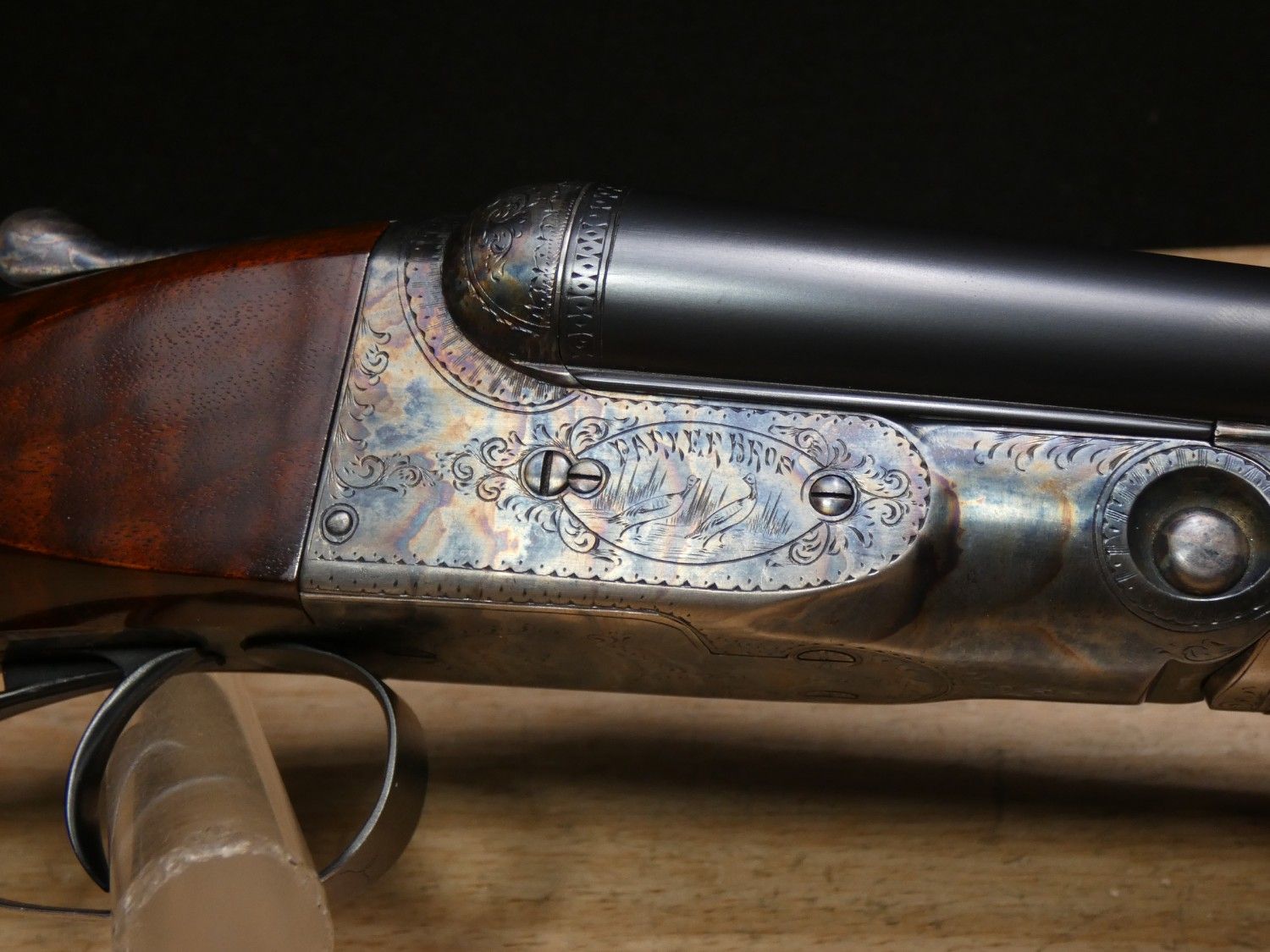 The GH Grade were the middle ground between the lower grade and the higher grade shotguns the company offered. When Parker began making shotguns, they made both elaborate and plain guns. Grade 2 was a popular gun for the shooter that wanted a gun with more adornment than the average shotgun. Quail, ducks, snipe and woodcock are common figures in the engravings of the frame sides and bottom.

Another sign of better craftsmanship comes with the checkering. On these models, the checkering on the grips were deeper and finer than lower grade Parkers. After about 1880, the hard rubber dogs head butt plate and a white metal shield behind the top tang became standard on the Grade 2. 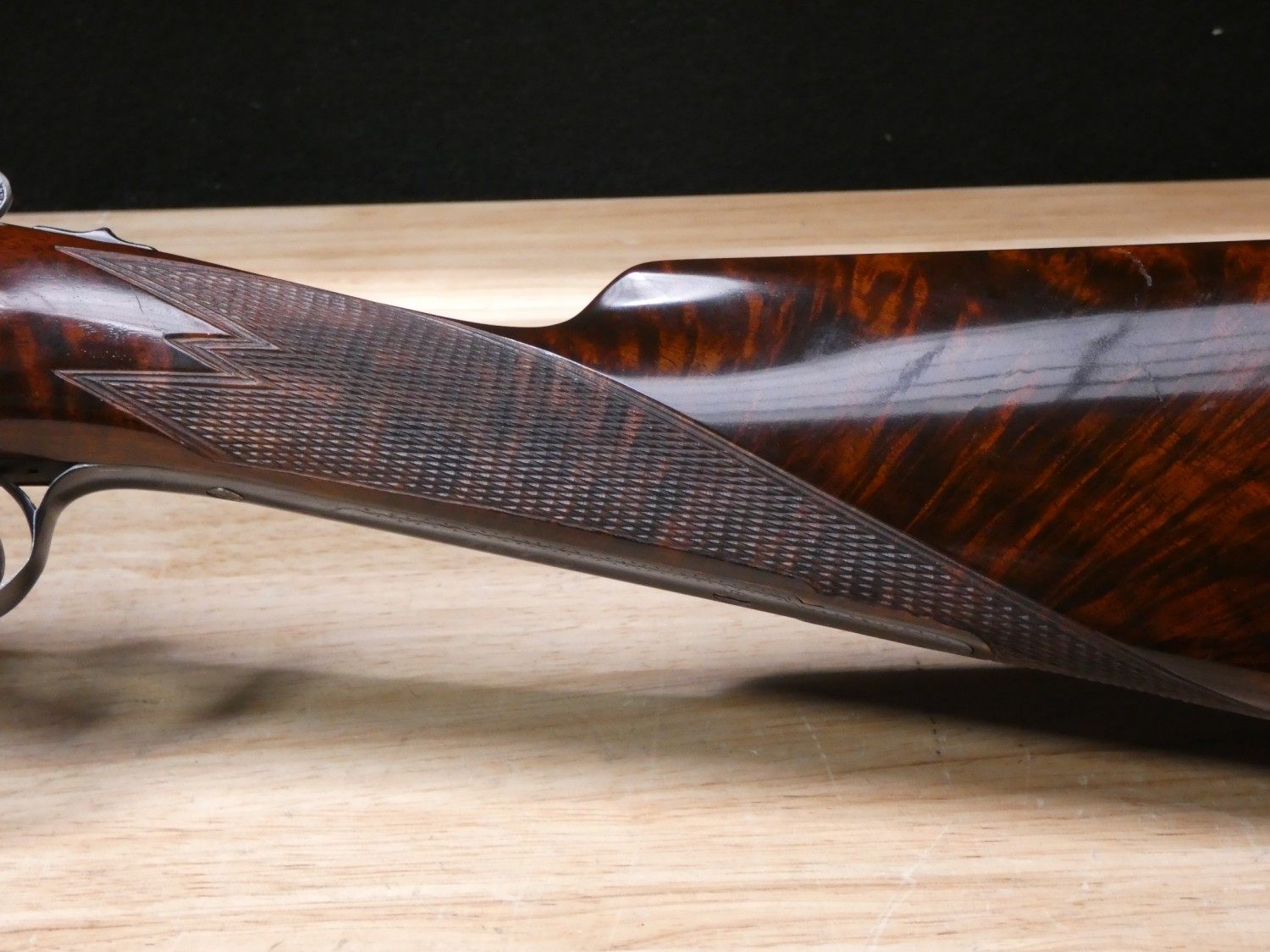 Because of the added embellishments, it was very popular with Parker customers at the time these shotguns were in production. Fast forward to today and popularity of these shotguns remains high for shotgun collectors.

Finding these shotguns in the same pristine condition as this one is hard to come by and with the ornate leather case, this “Old Reliable” is a must for any avid shotgun collector and can be the centerpiece for any enthusiasts’ collection.

For details on the specifications of this shotgun, visit the listing here.

Don’t miss your chance to take this highly desirable and sought after shotgun home today and place your bid on this live online auction now!