With the introduction of the Type 4 AKM receiver, the Soviet Union required its satellite states to produce their own variants of the AKM. In response, Cugir Arms Factory of Romania designed the PM model 63/65. This rifle continues to serve in the Romanian military after decades of use. The popularity of the AKM in the United States in recent decades led to the import of civilian models based on the aforementioned model. Despite their less than perfect reputation, the Semi-Automatic Rifle (SAR) and The Wassenaar Arrangement Semi-Automatic Rifles (WASR) 10 series of rifles are the most common type of Romanian AKMs on the civilian market. 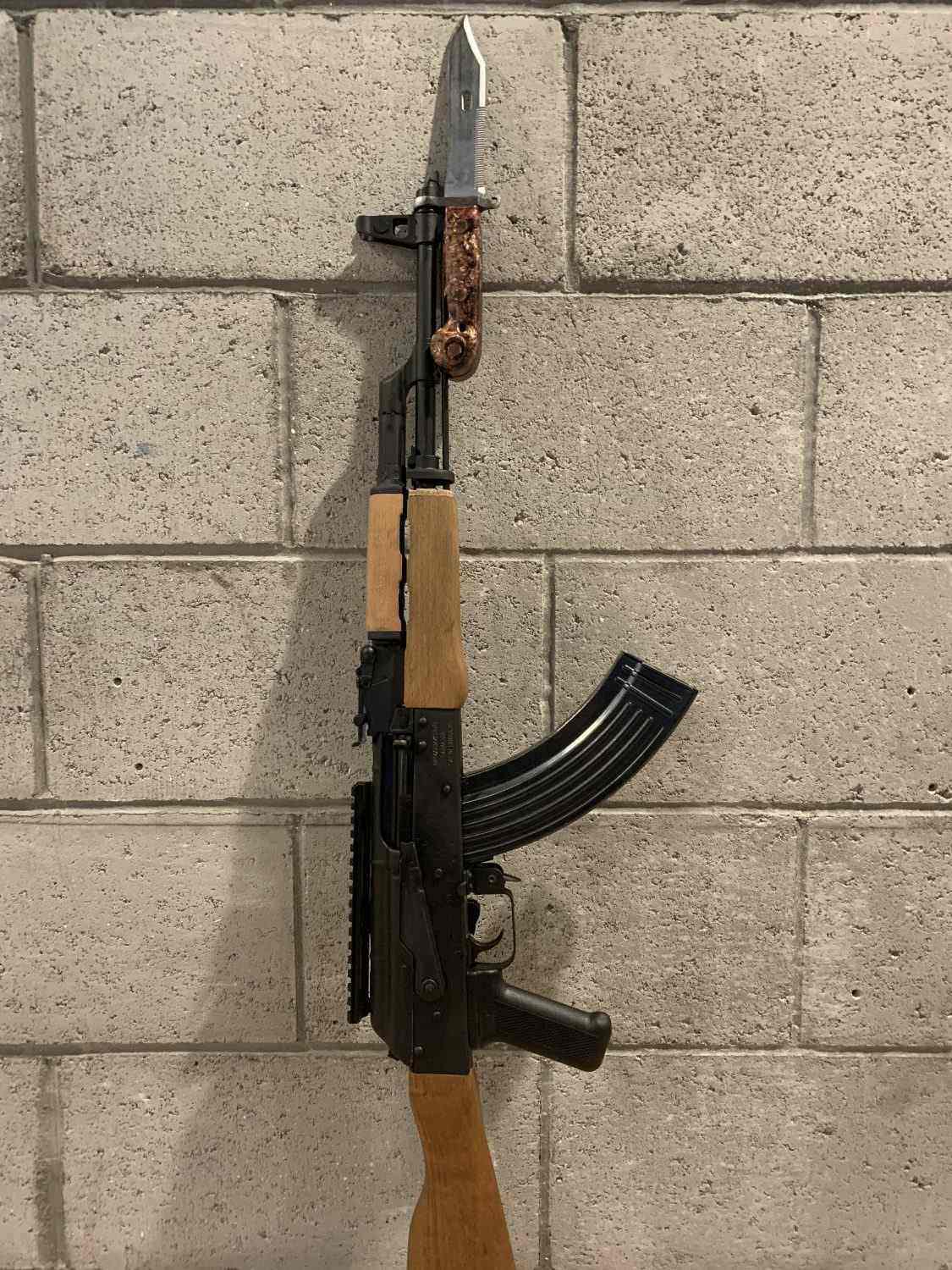 The SAR series of Romanian AKMs were produced in three calibers 7.62×39, 5.45×39 and 5.56×45 in the SAR1, SAR2 and SAR3 respectively. These rifles were produced from the late 90s into the early 2000s. They are generally compatible with AK type accessories and furniture. This is especially relevant as many owners often find the original furniture unattractive. As one owner said, “Many new owners of SAR’s immediately strip the varnish from the wood and do finish work like painting them with MetalKote.” While the finish quality of these rifles often leaves something to be desired, it is what you would expect from a budget Romanian AK from the turn of the century.

The SAR-3 chambered in 5.56x45mm is an excellent choice for AK enthusiasts who appreciate the aesthetics of the AK but wish for caliber commonality with the AR platform. A distinct problem commonly reported on the SAR-3 rifle is the unreliability of many magazine options. The consensus among SAR-3 owners is that Wieger magazines in 5.56 are the most reliable. These particular magazines are not for the budget minded collector through as they are often found for $65. The SAR series is no longer imported by Century Arms as the WASR is now their exclusive Romanian import. The increasing rarity of these models makes them a desirable AK clone for a collection.

The WASR differs from the SAR series in that it is the collaboration between Cugir Arms Factory and Century Arms International. These particular models are known for their affordability and relative reliability. The WASR series of rifles are also known to be more accepting of different brands of magazines. This comes at a price of potential magazine wobble that should be tested prior to purchase. They are also possibly the most popular of AK clones and have a plethora of available attachments and furniture upgrades. 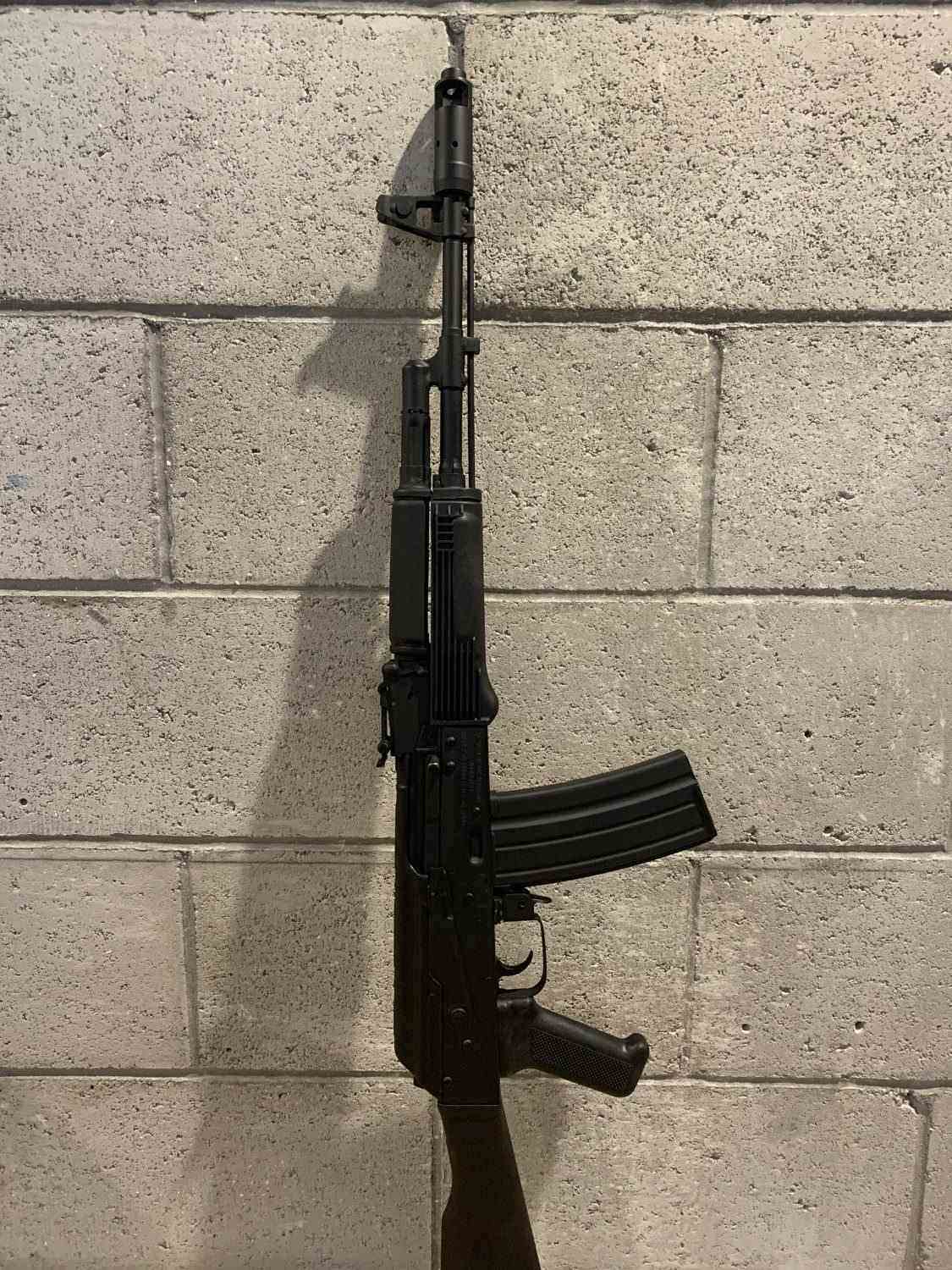 When determining the date of manufacture, the SAR and WASR series differ. Finding the year of manufacture of SAR rifles is quite easy as they are located next to the serial number. (see photo) Determining the manufacture date on WASRs is more difficult as the last two digits of the serial number are stamped on the barrel trunnion and indicate the year the original military rifle was made. These rifles have since been demilitarized since their manufacture and were rebuilt on receivers made in the United States.

Problems common with both the WASR and the SAR series of rifles are the common occurrence of trigger slap. This is caused by the bolt slamming back into the trigger assembly caused a sharp “slap” on the users trigger finger. Century has rectified this problem on post 2007 WASRs by installing Tapco’s Intrafuse AK G2 trigger group. SARs produced after 2002 also seem to have this problem rectified. Another common problem with Romanian AKs are canted front sights. A careful examination of these rifles before purchase will ensure buying a quality firearm. The YouTube content creator “Mr. Guns and Gear,” has an excellent video explaining how to inspect a WASR before purchasing one. (link)

Romanian AK pattern guns are solid choices for AK type firearm enthusiasts. The SAR series would better serve a collector due to the end of their importation in the 2000s while the WASR series serve as a good choice for a budget entry rifle. Despite their reputation being on the lower end of COMBLOC AKM clones, their modularity and reliability enable the rifles to be modified. With a few modifications the rifles can be improved into a more quality rifle. Ensuring a good inspection of the rifle before purchasing will ensure buying a quality rifle that will serve an owner well.