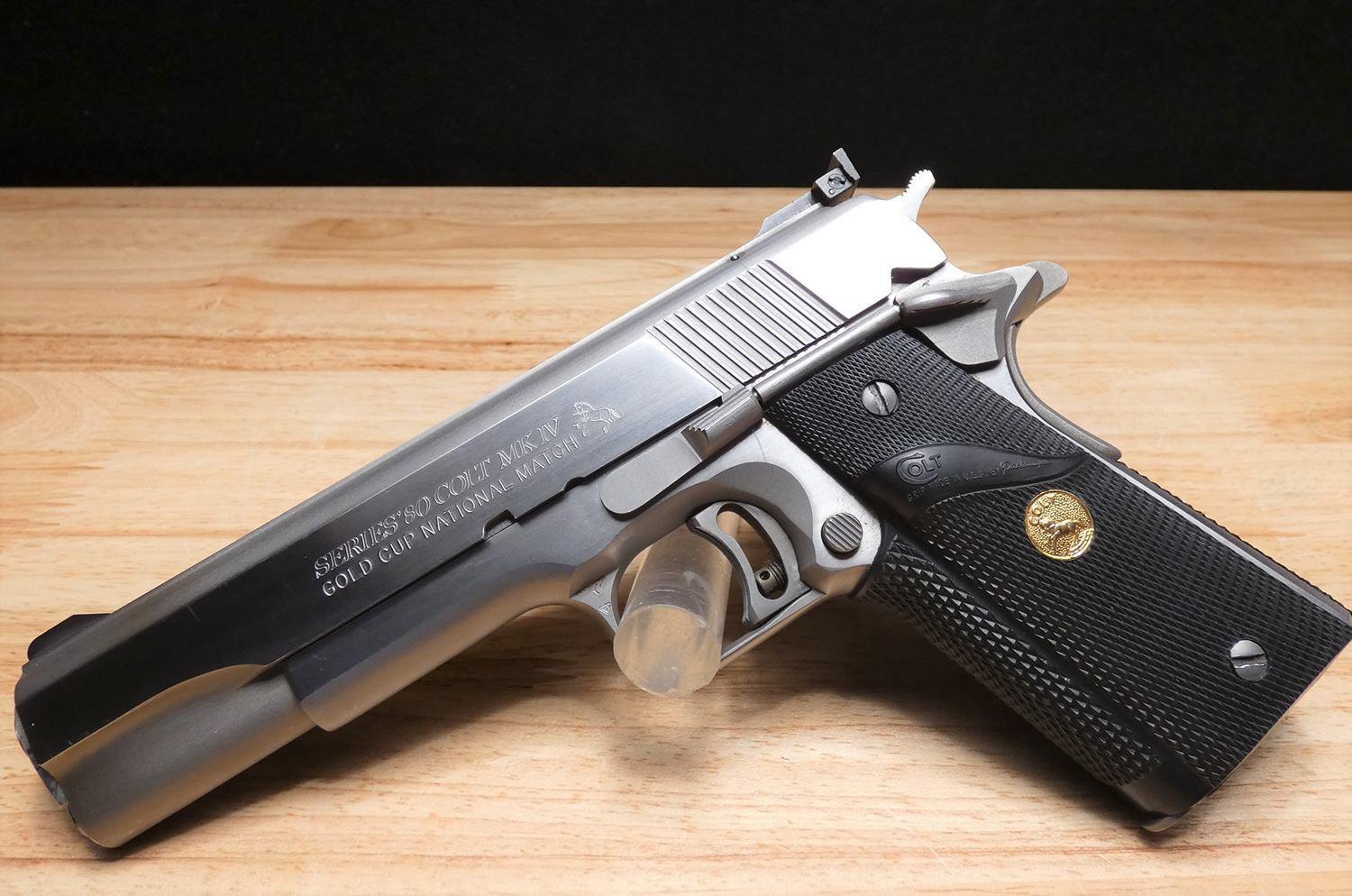 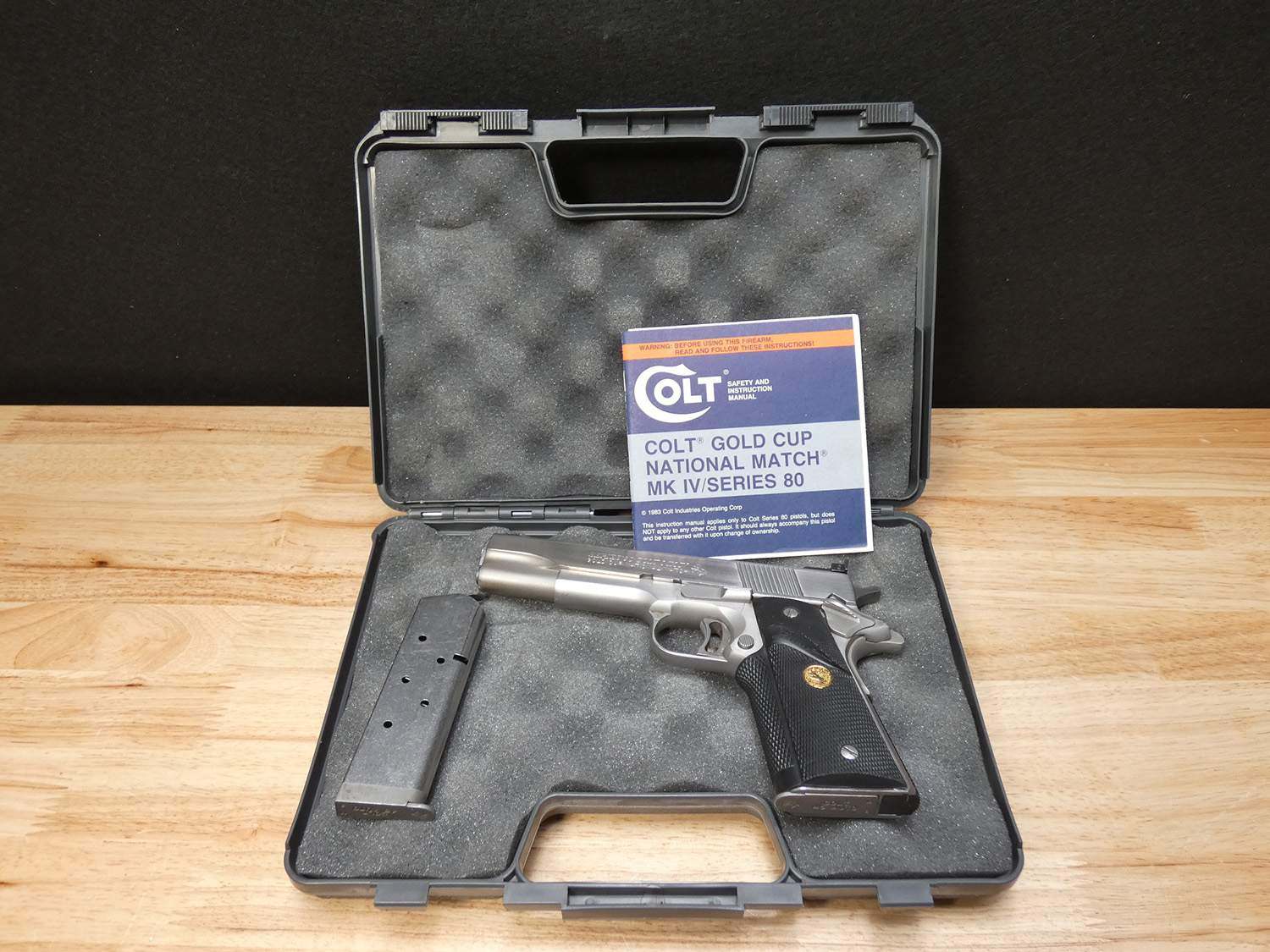 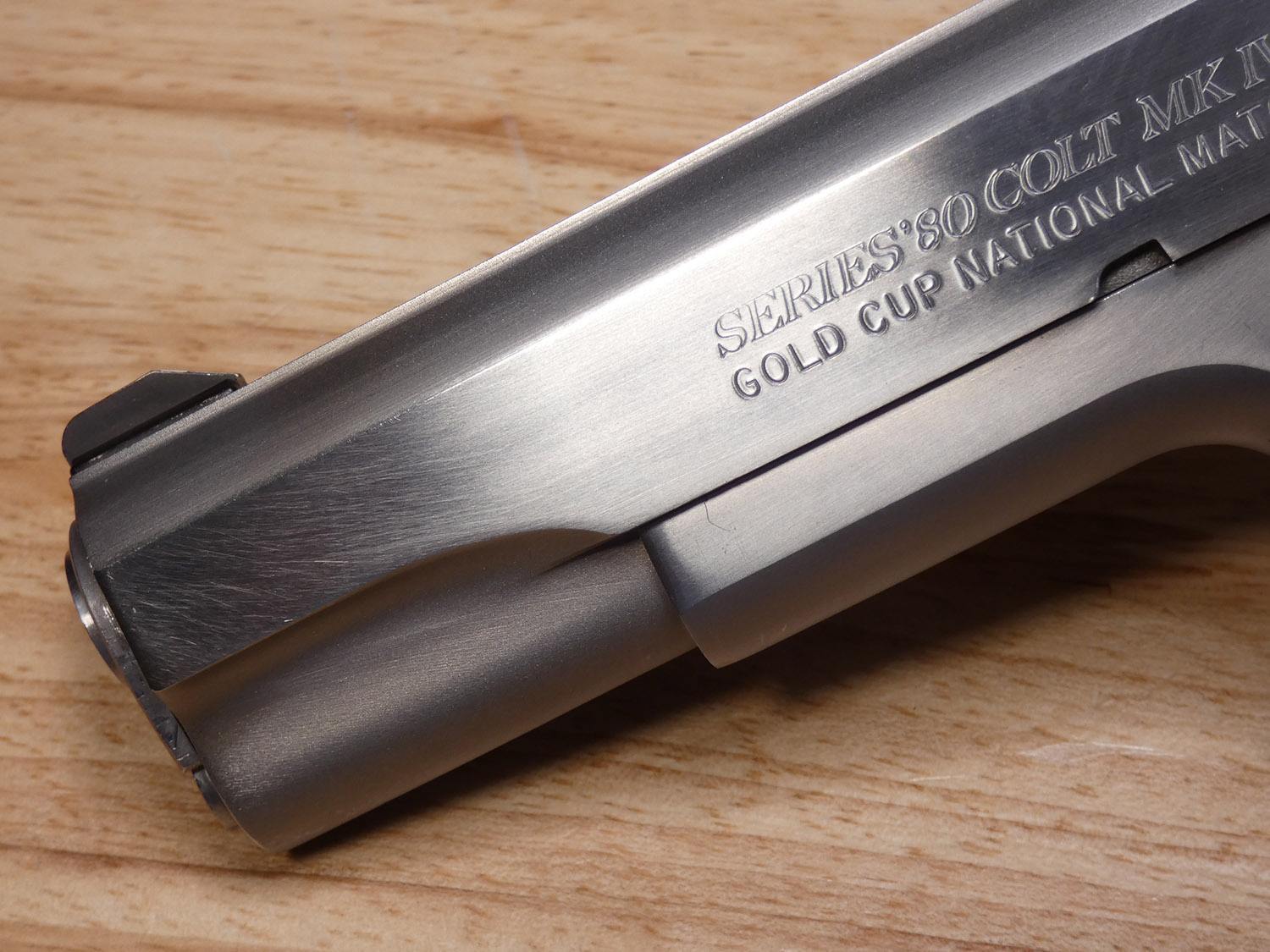 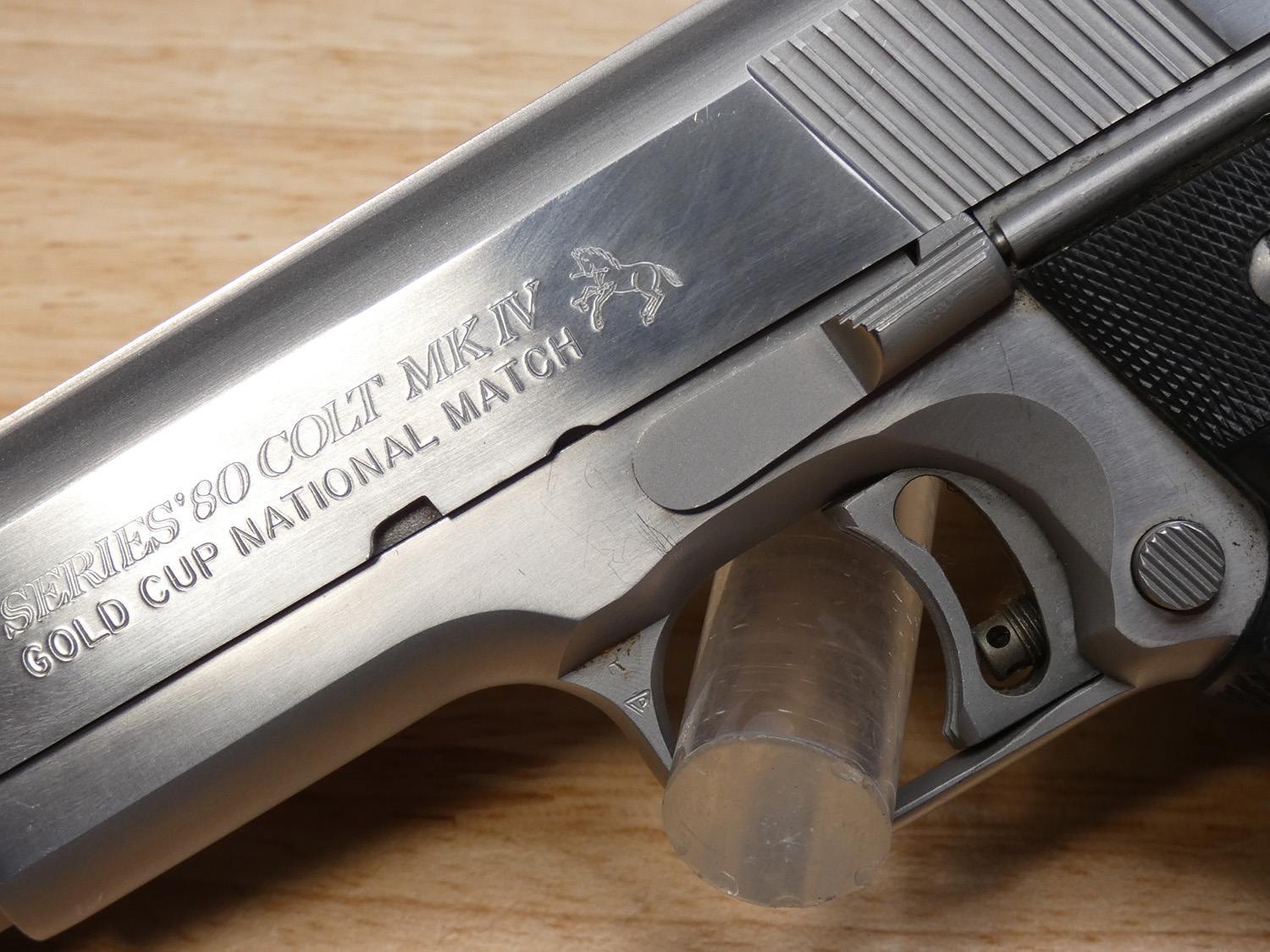 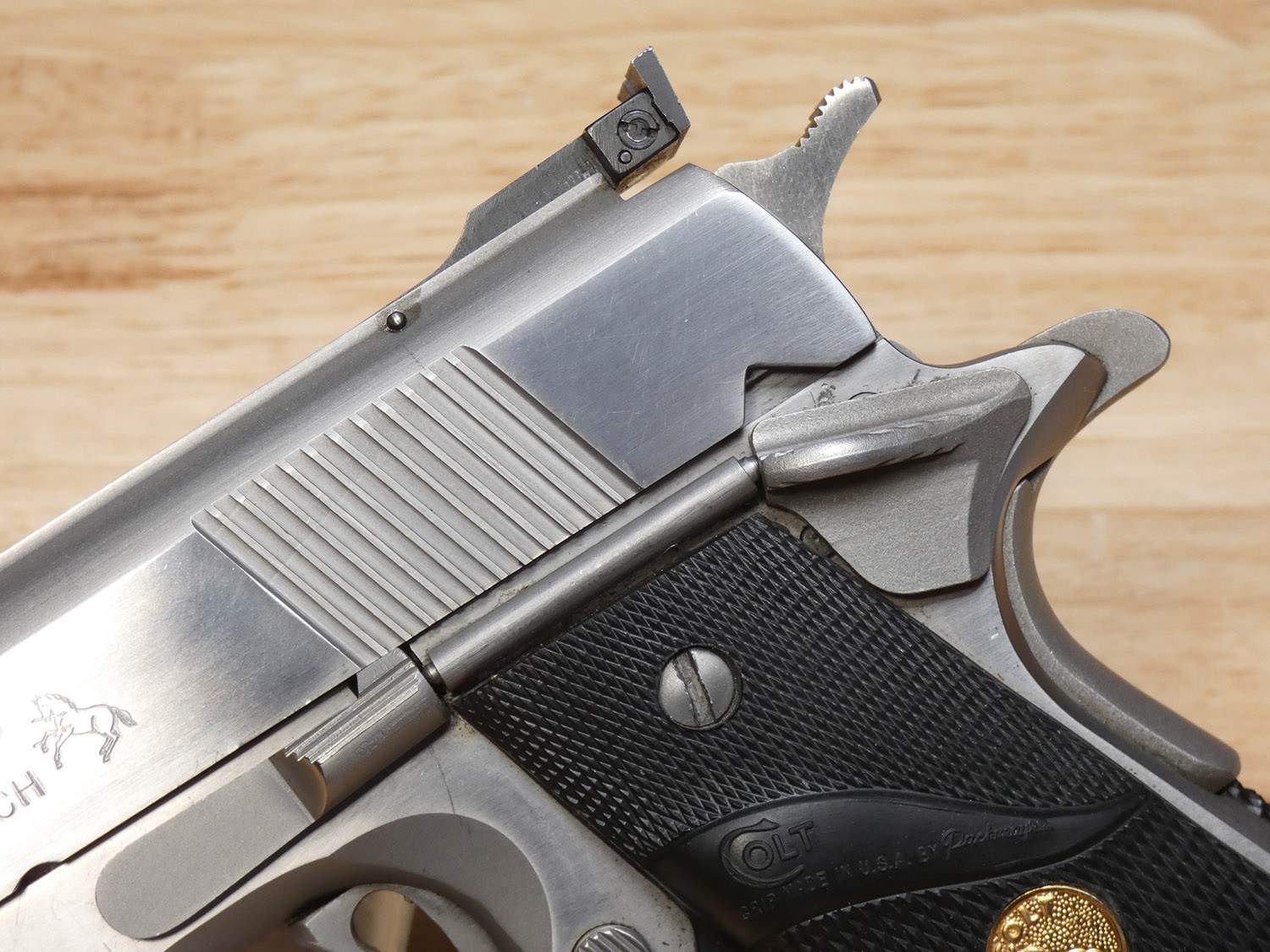 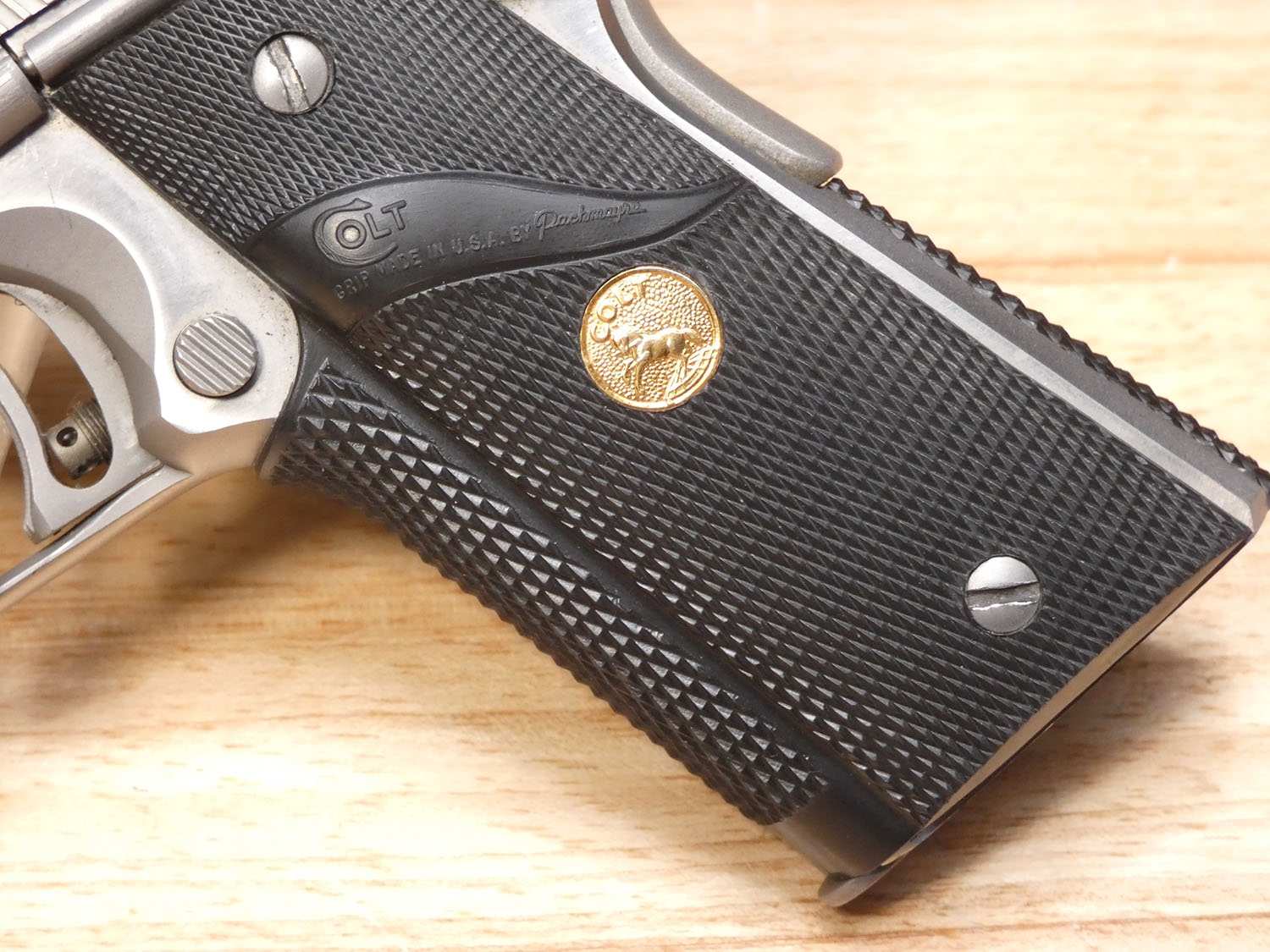 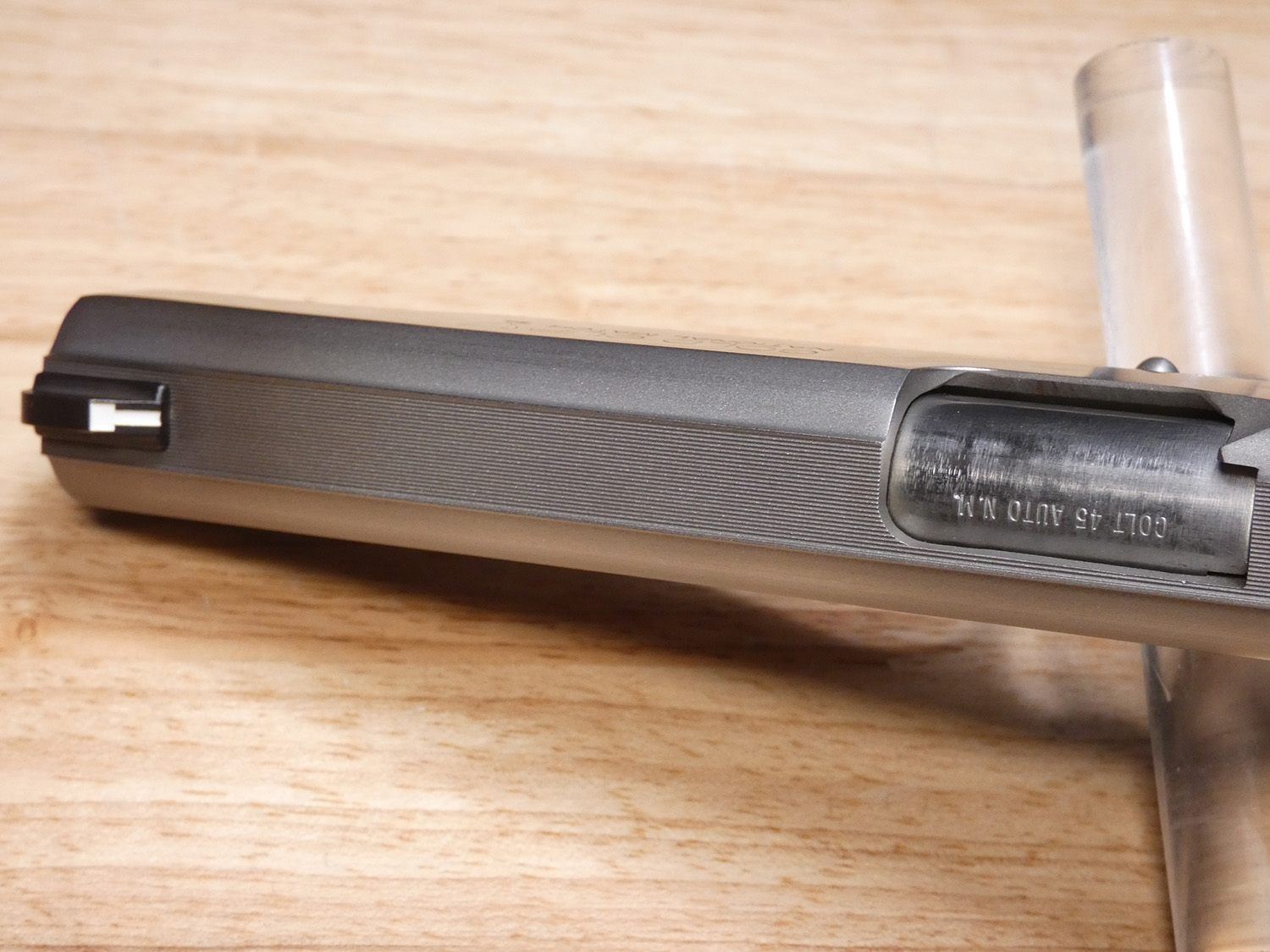 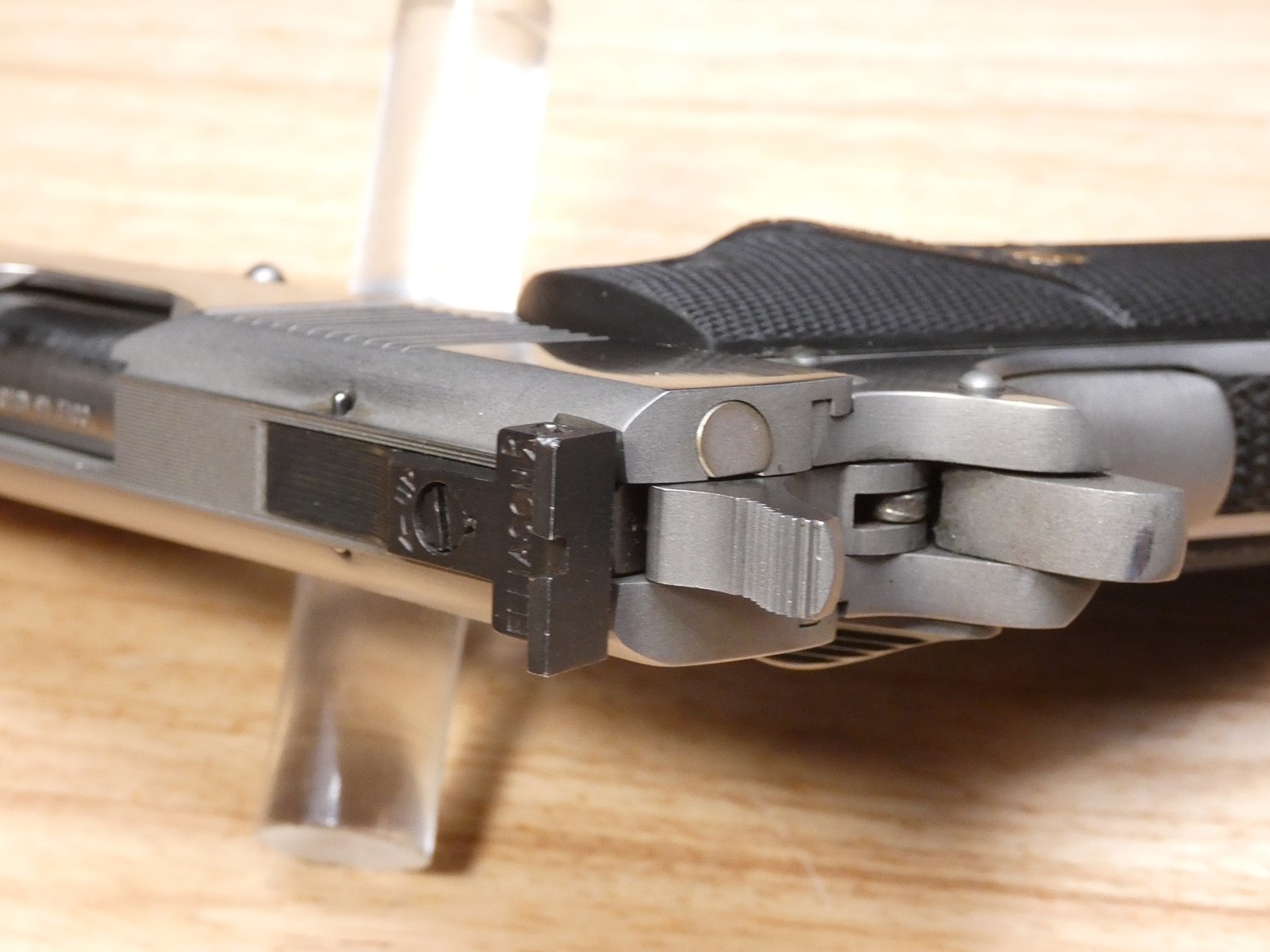 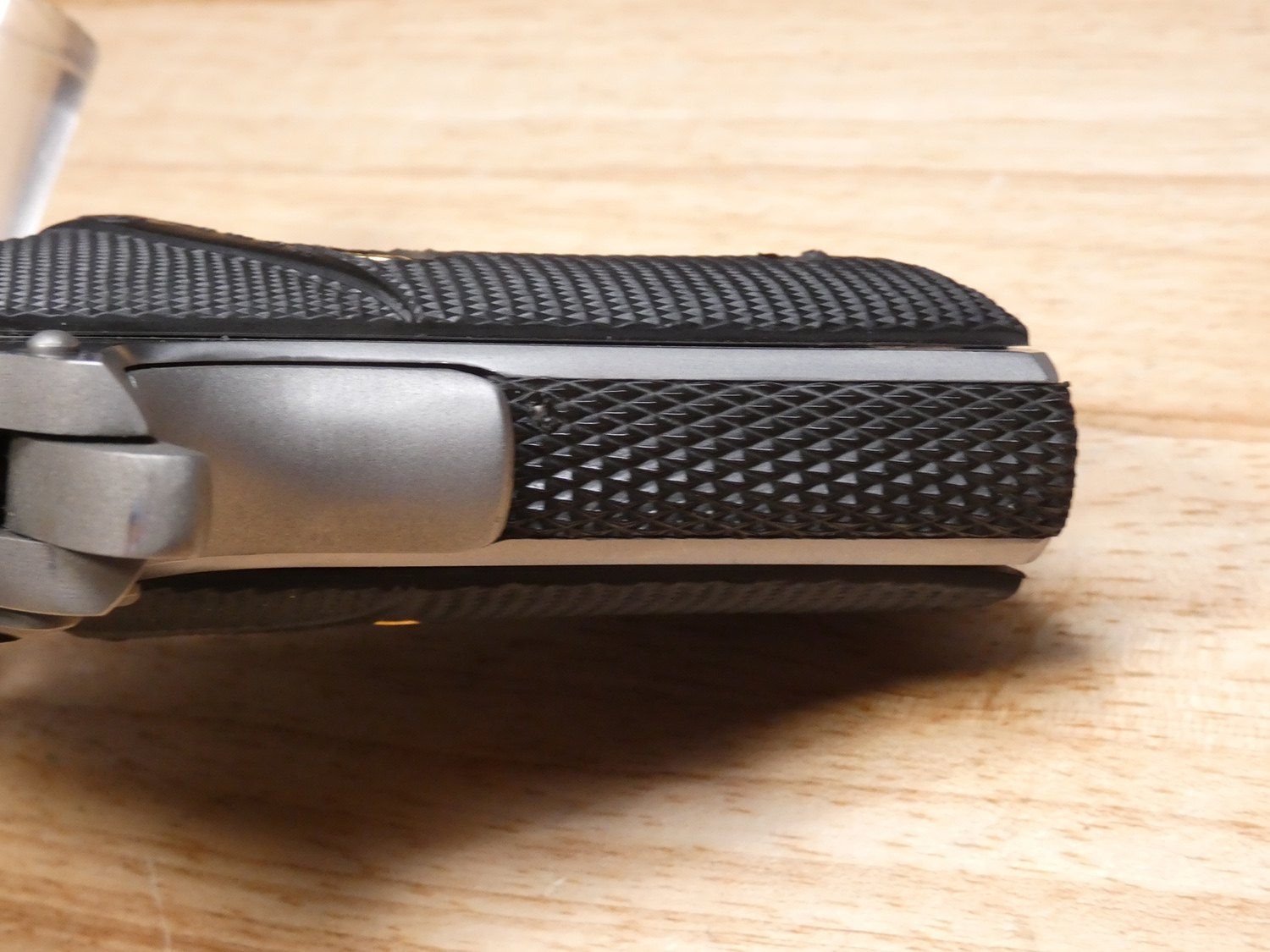 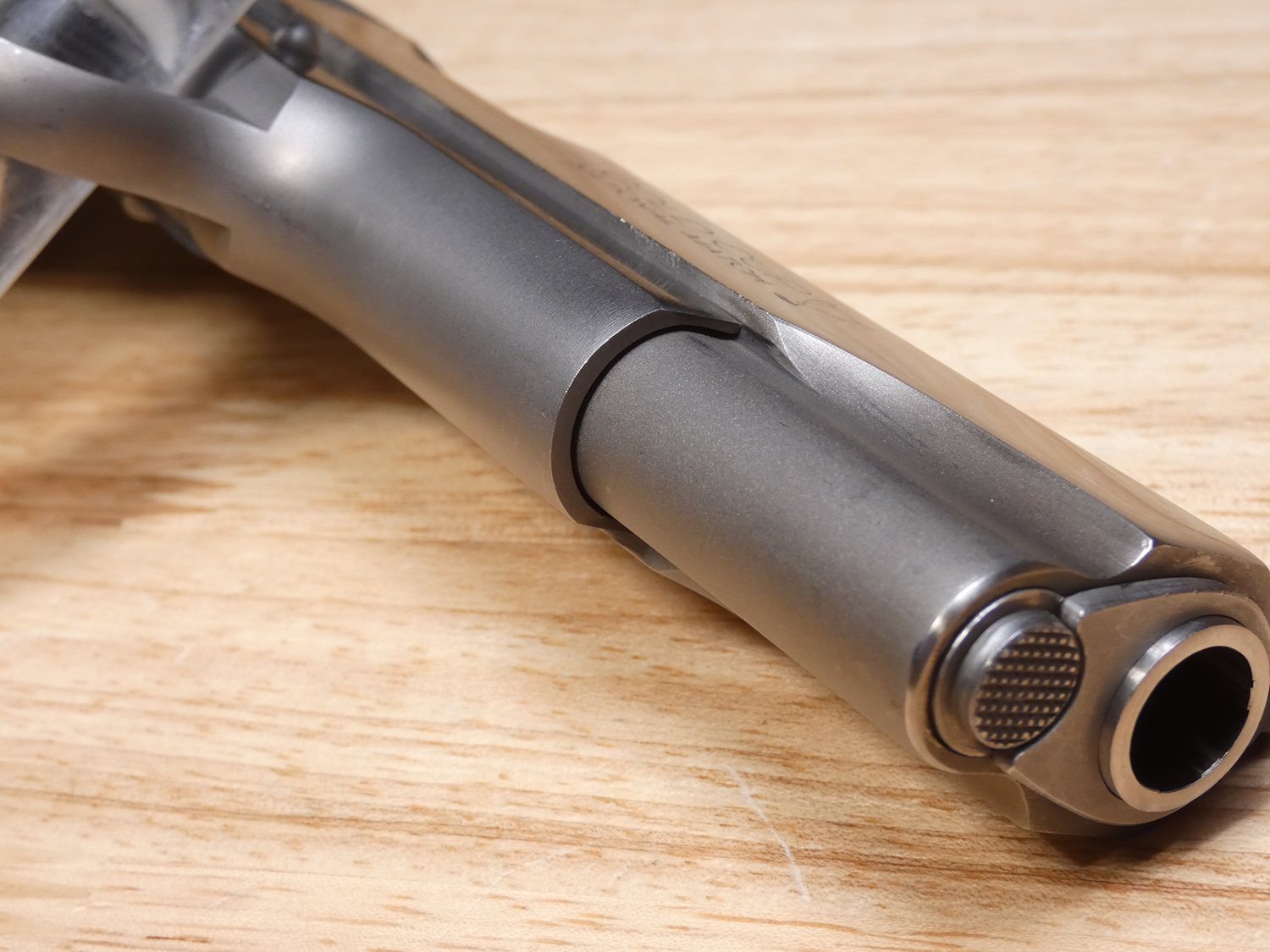 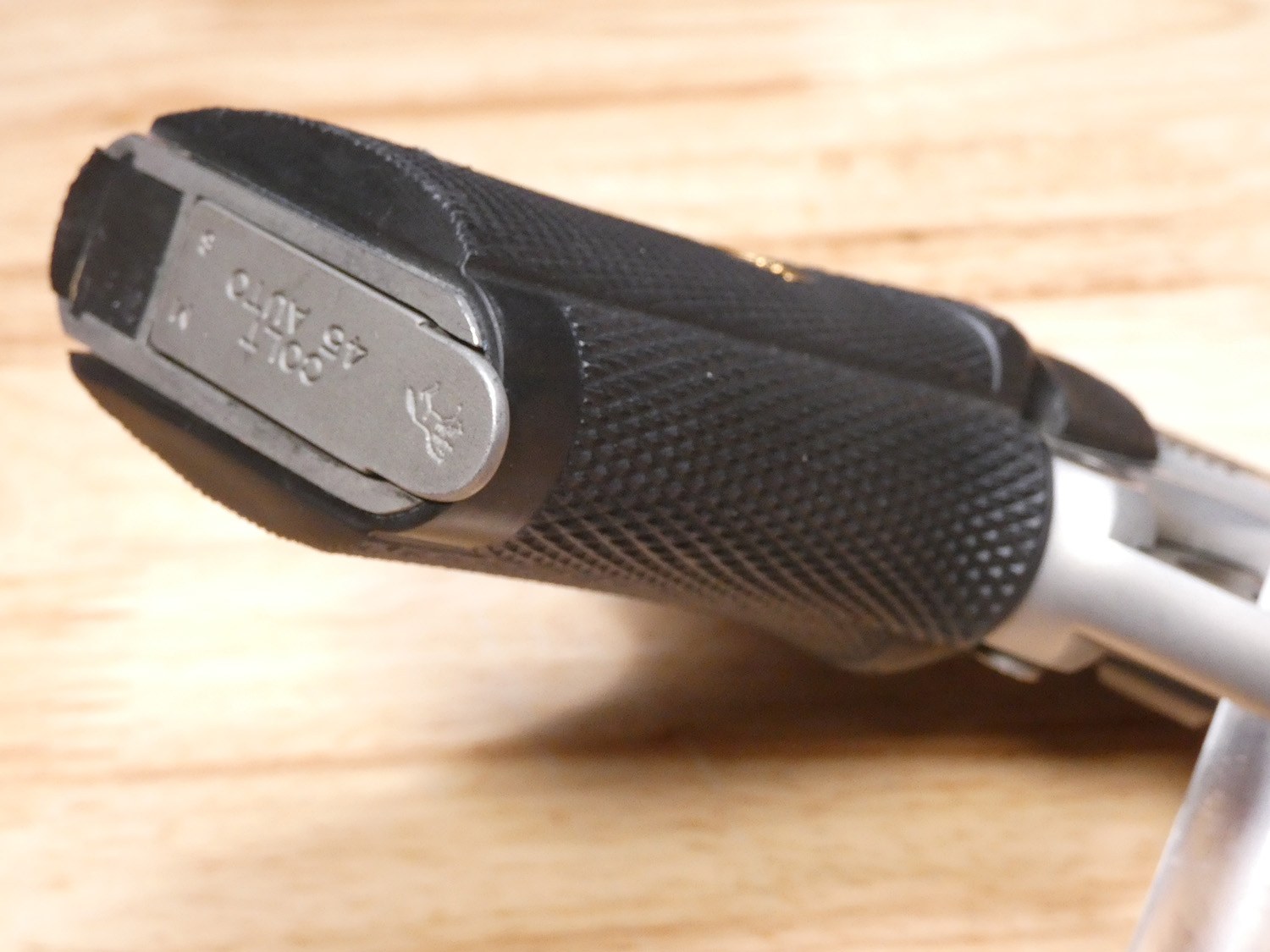 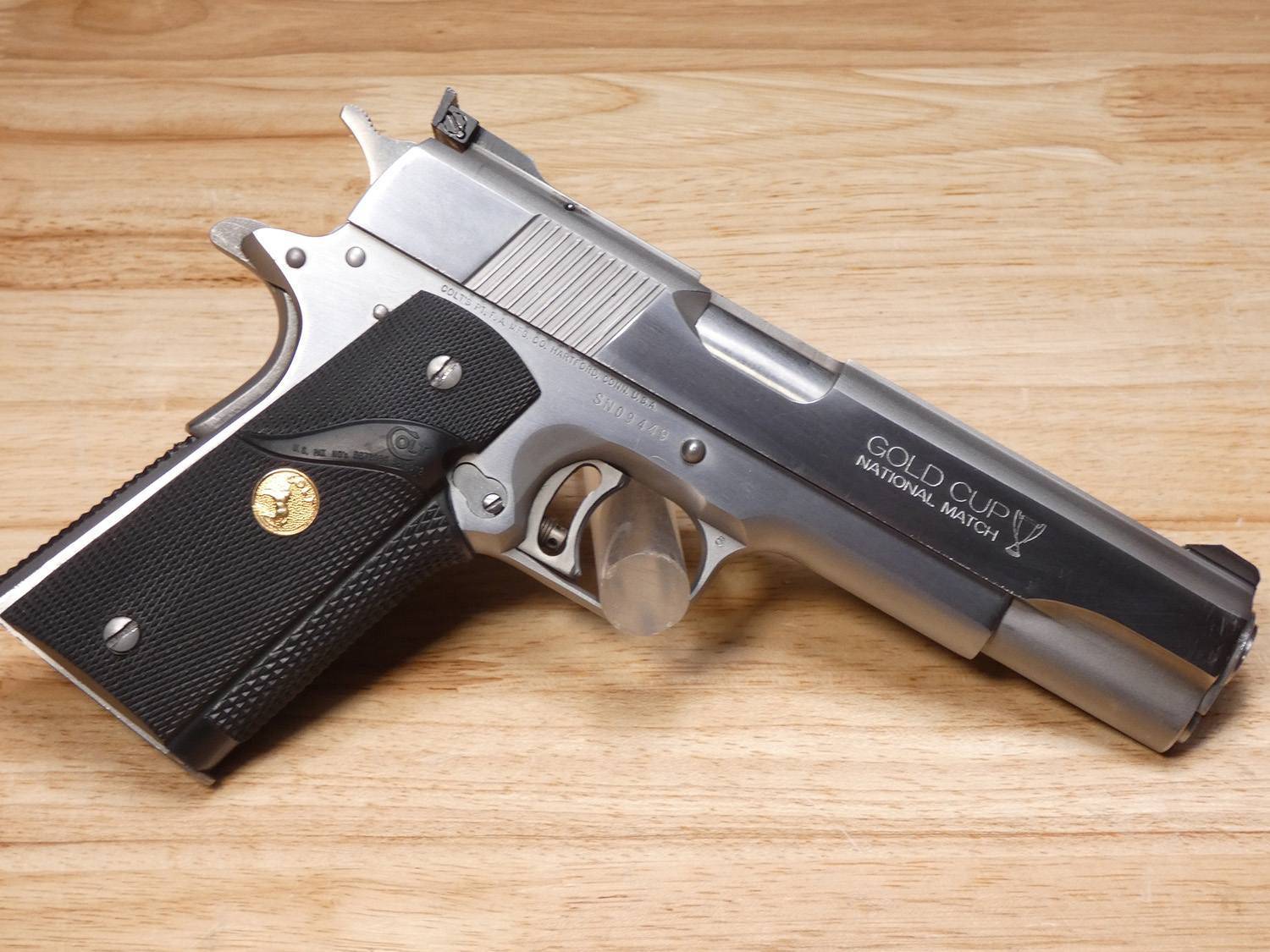 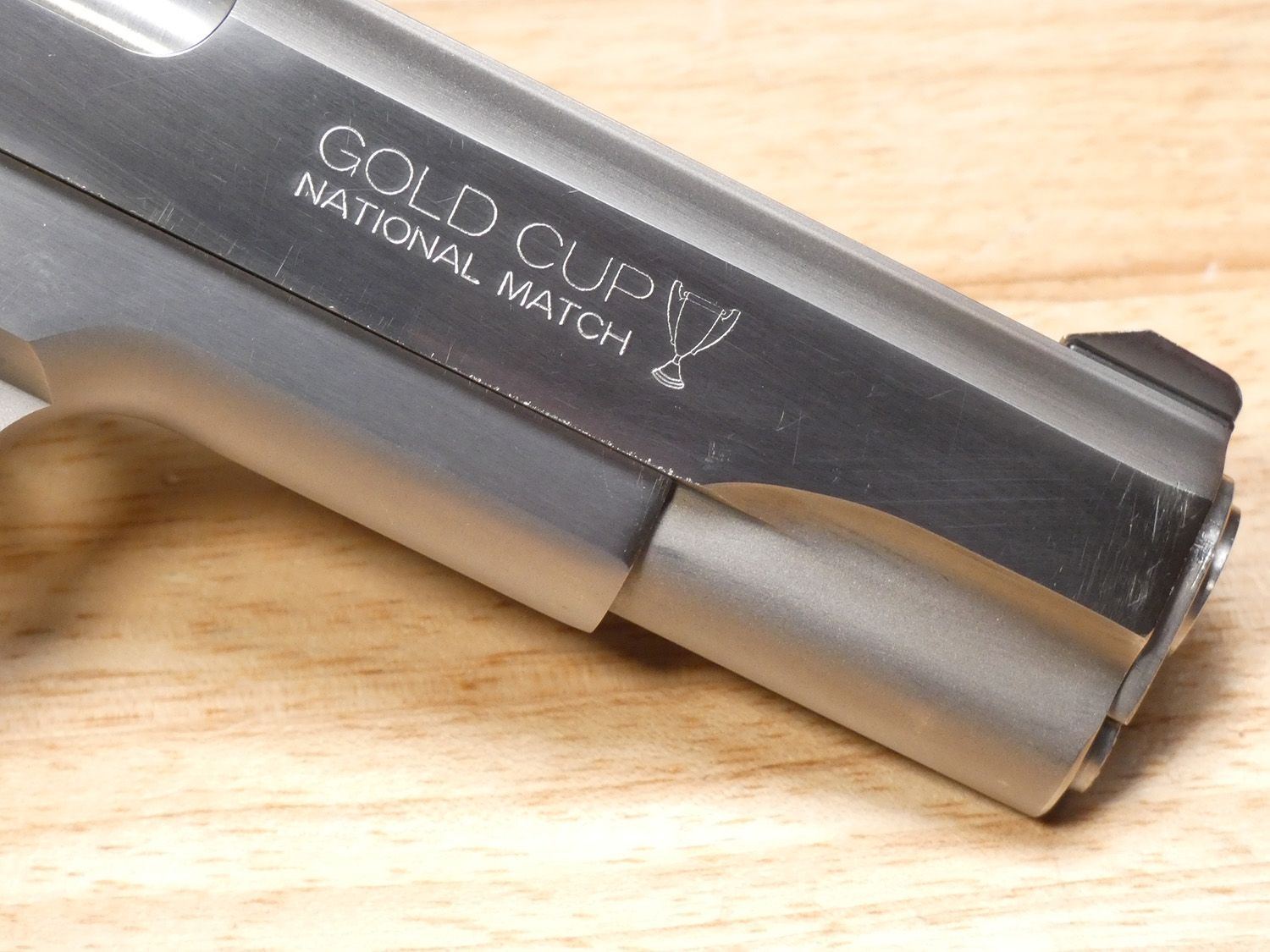 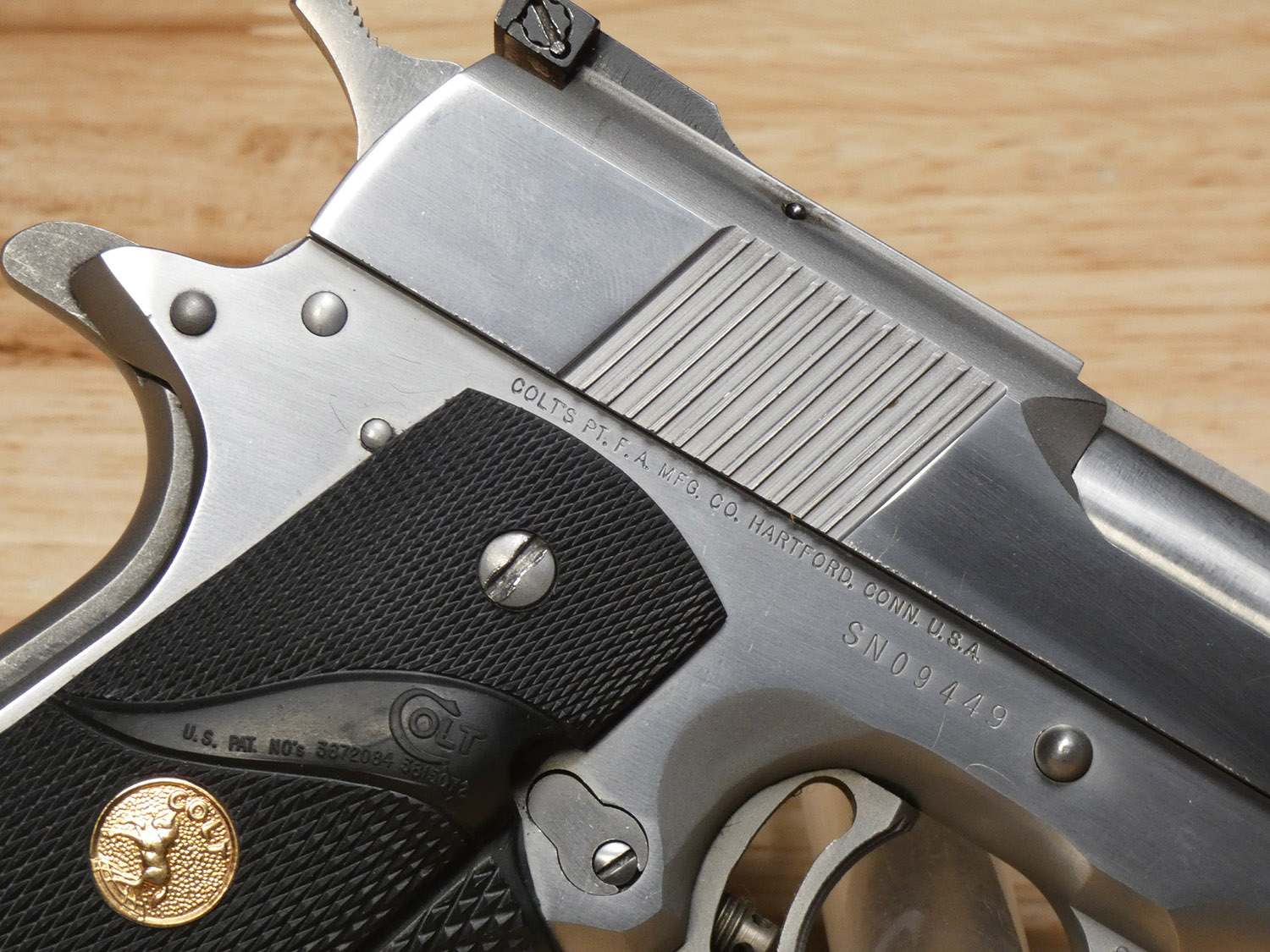 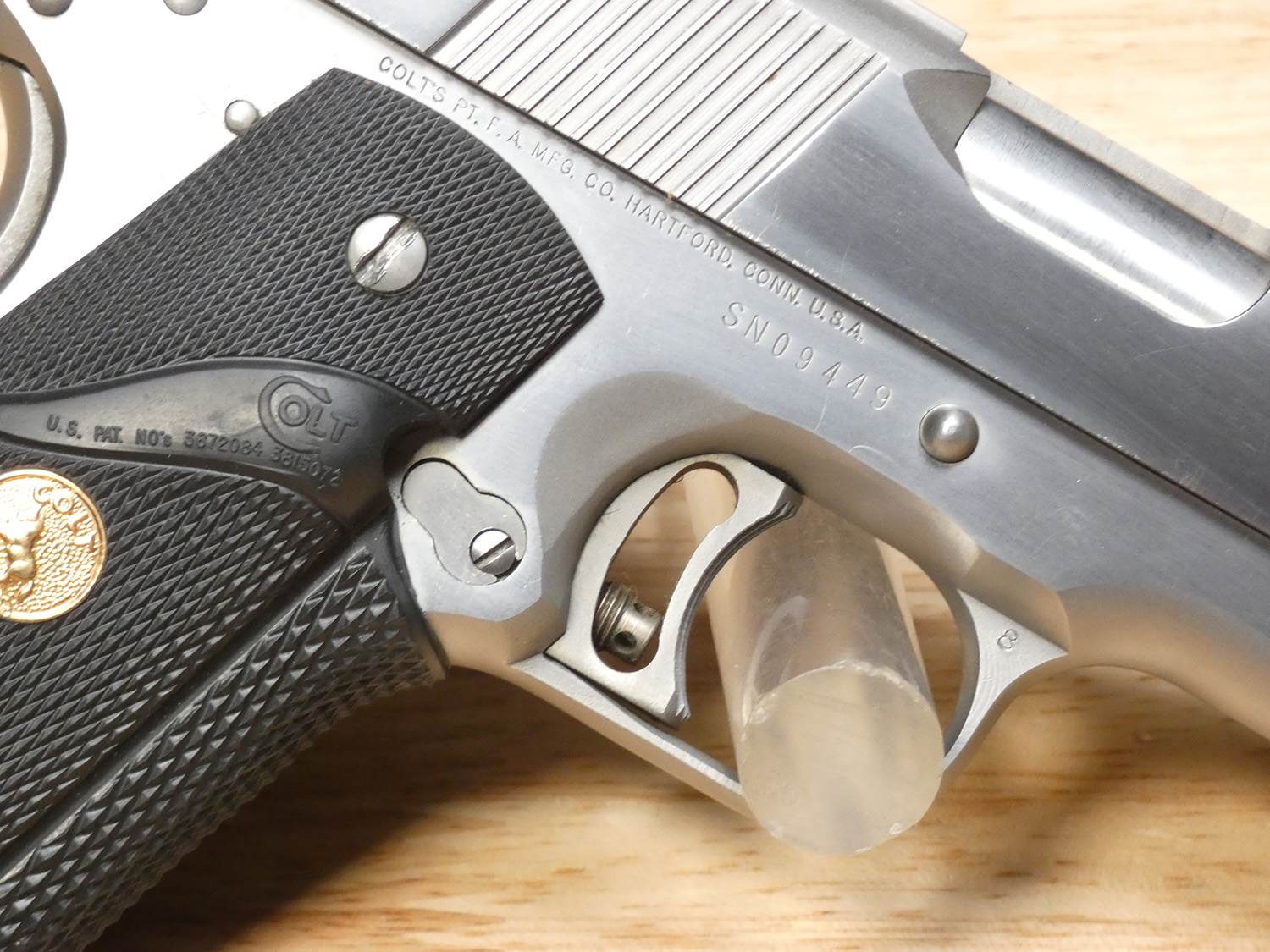 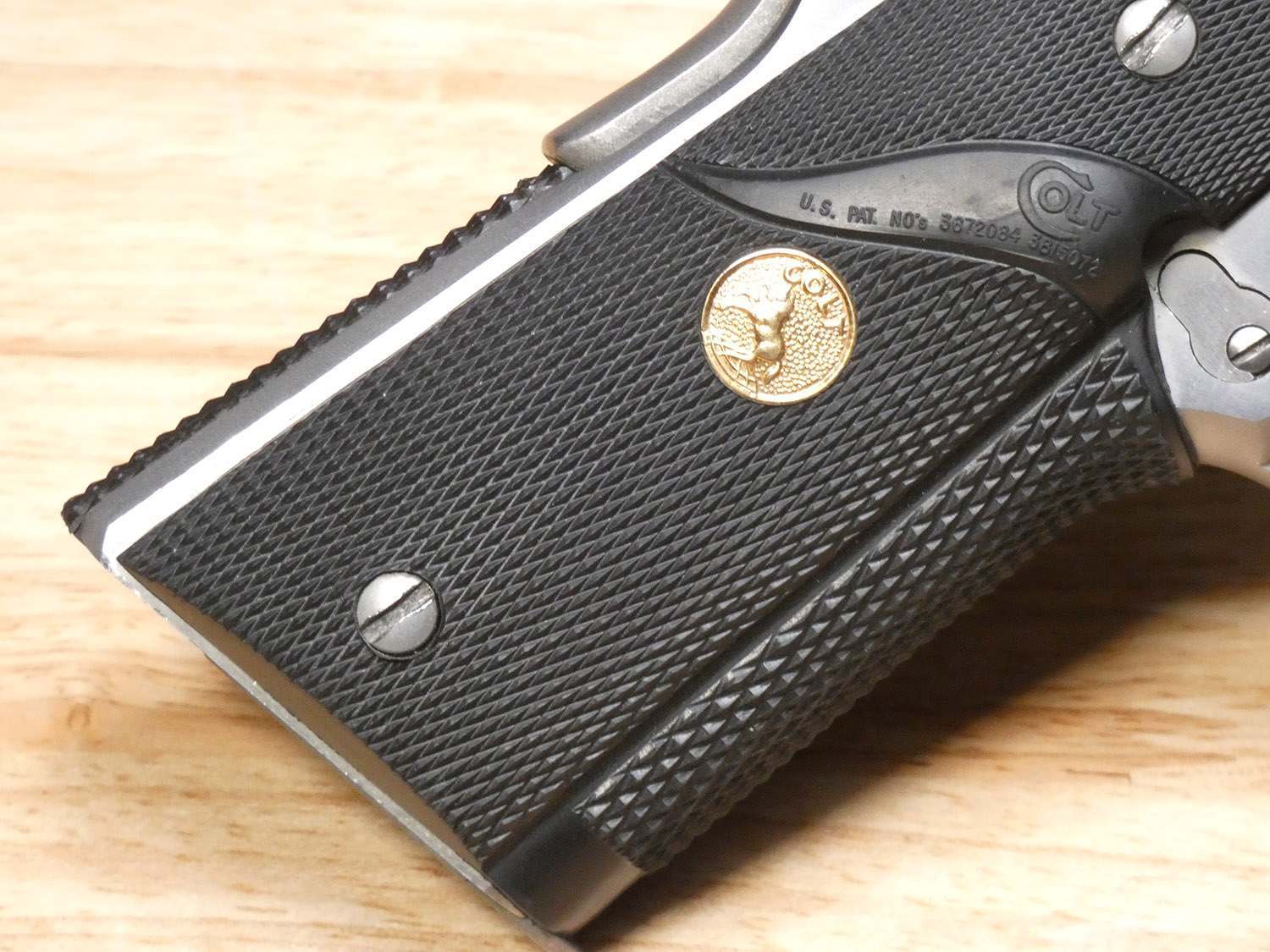 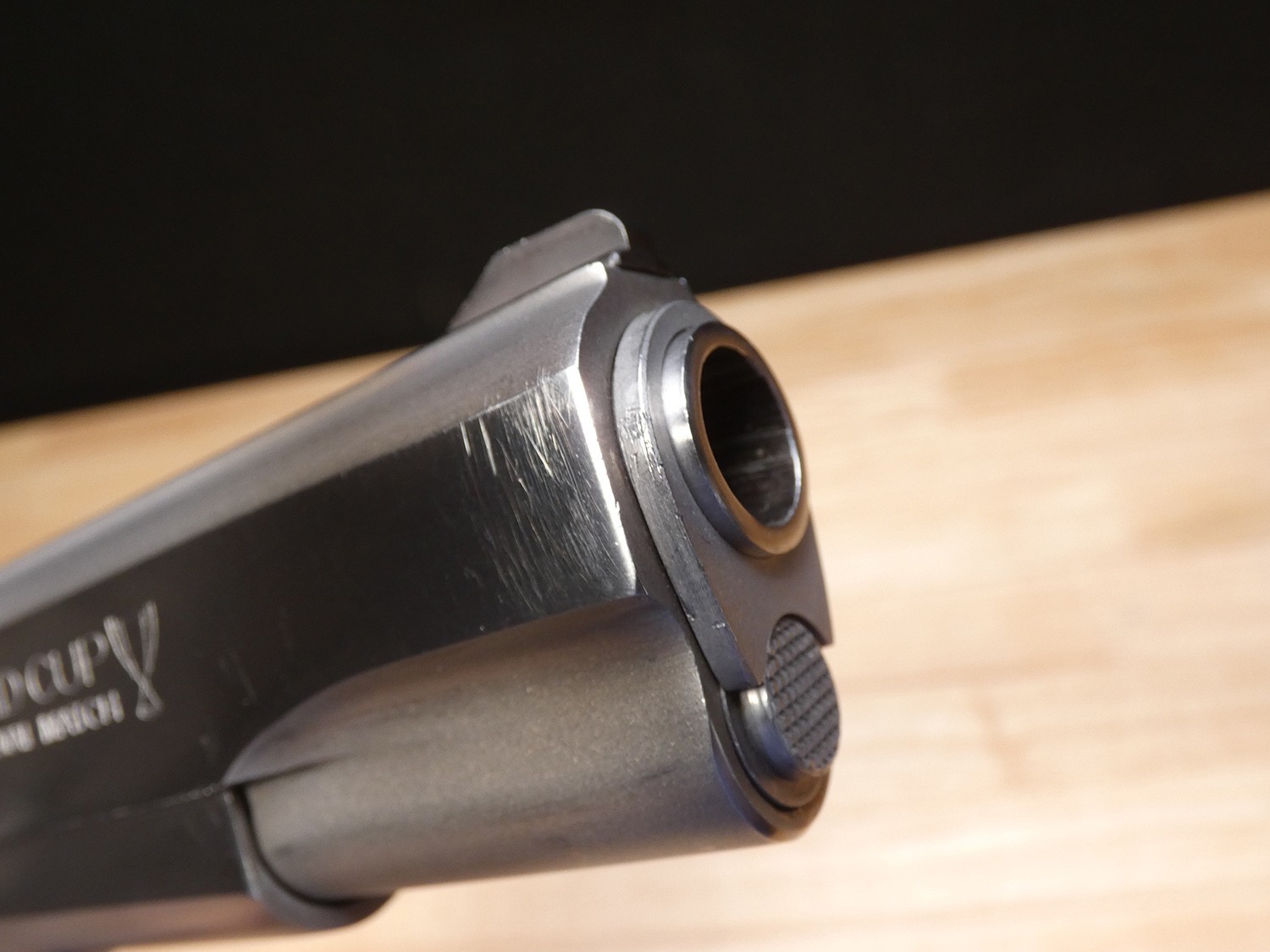 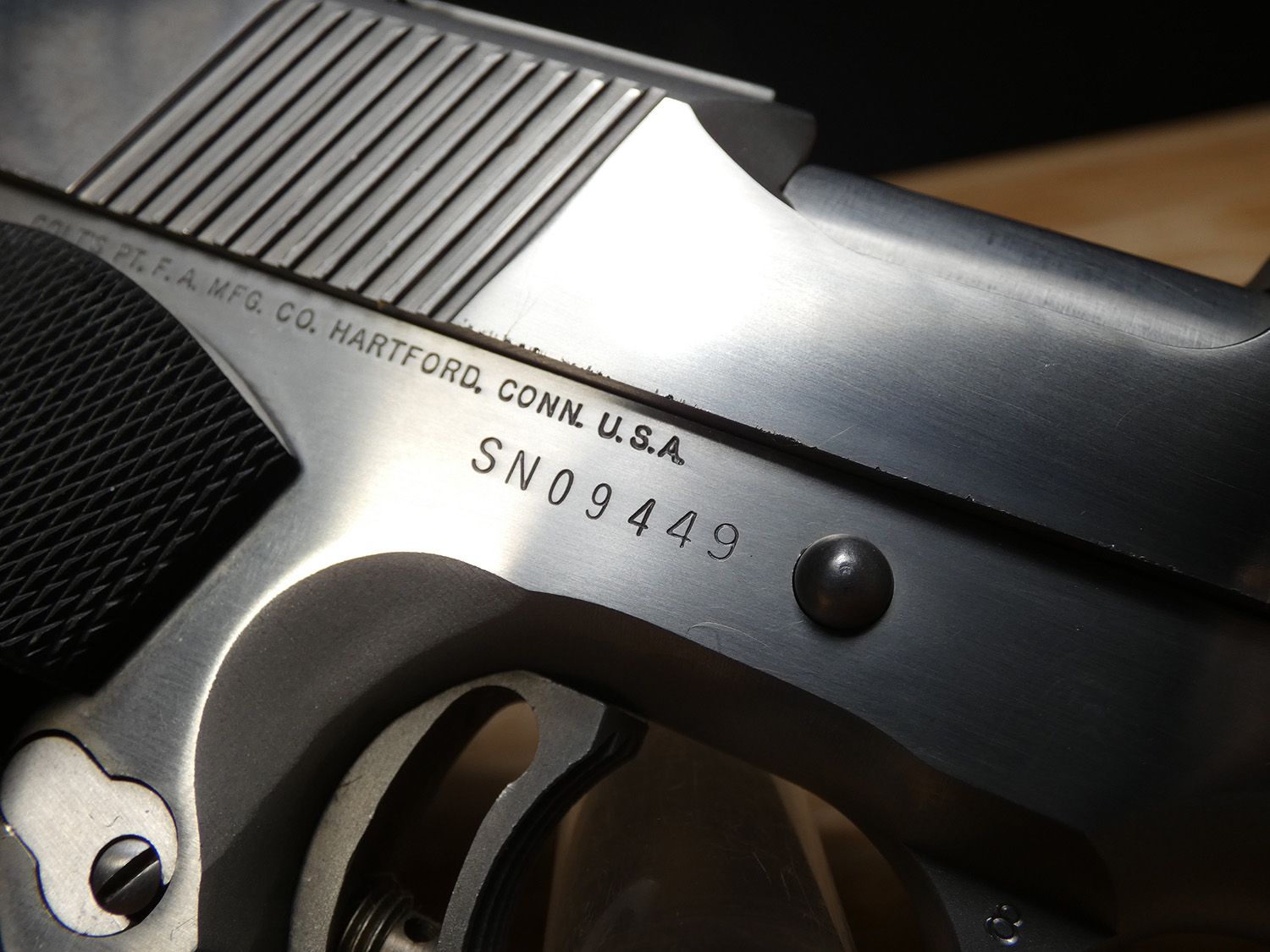 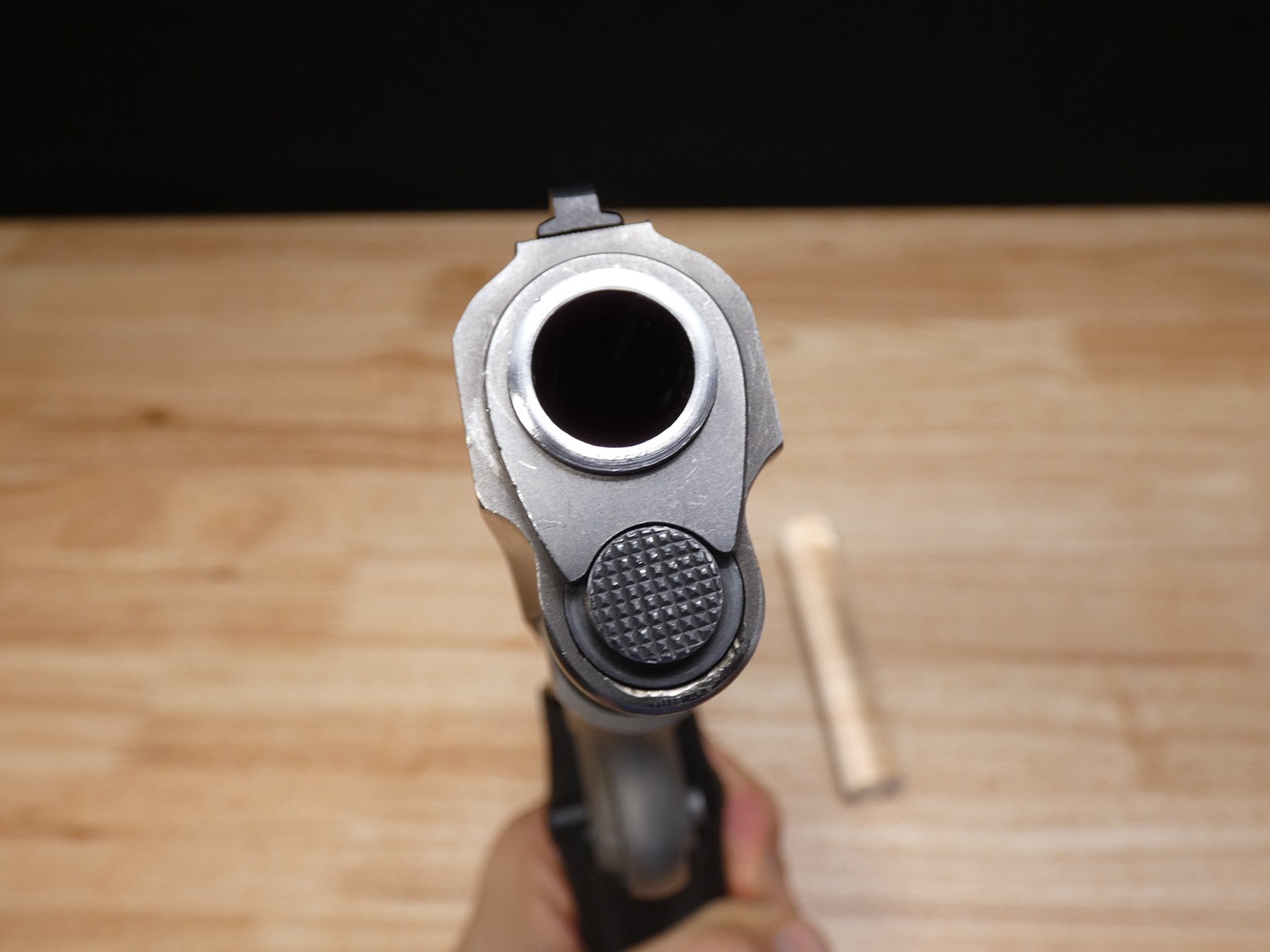 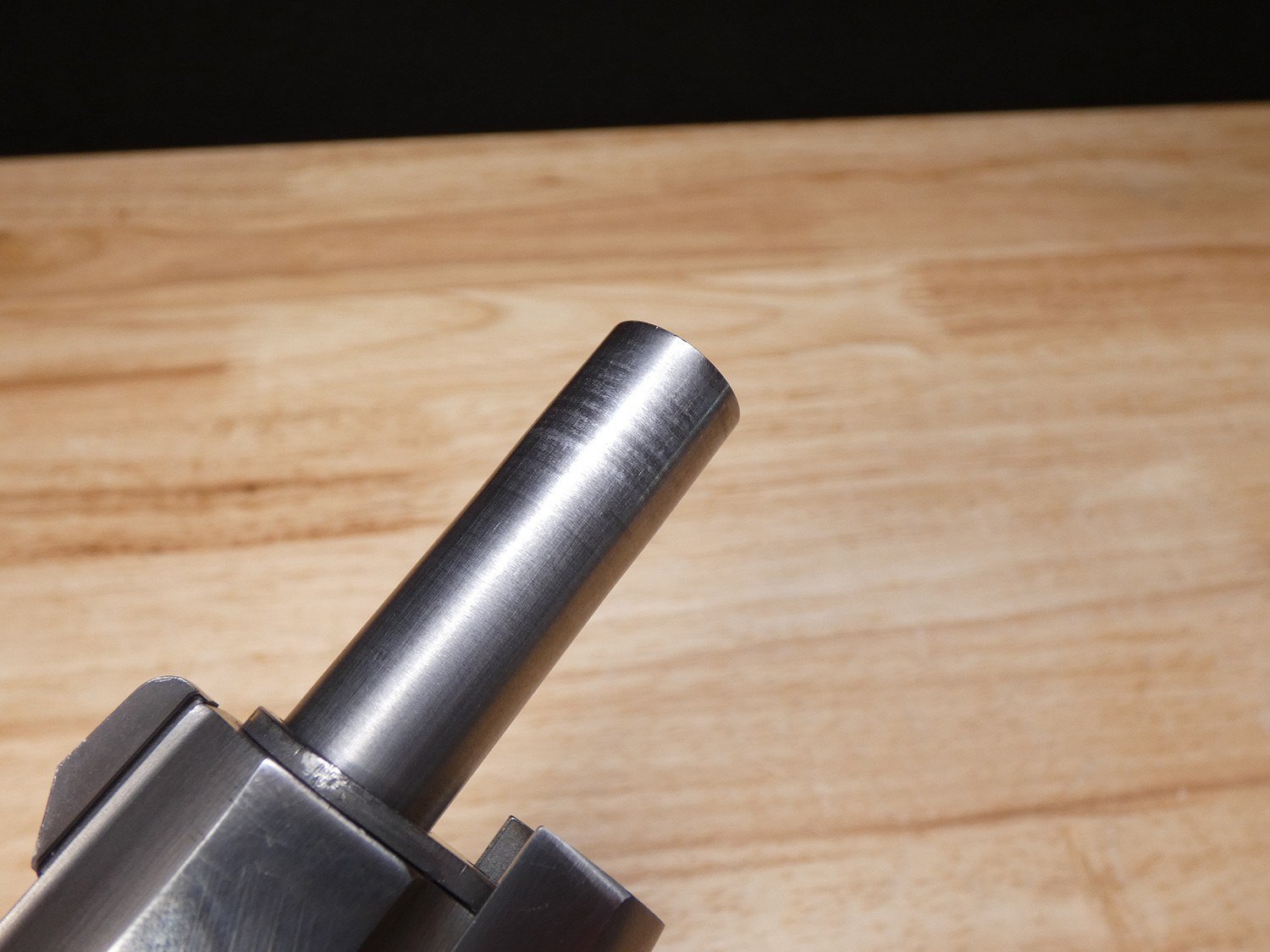 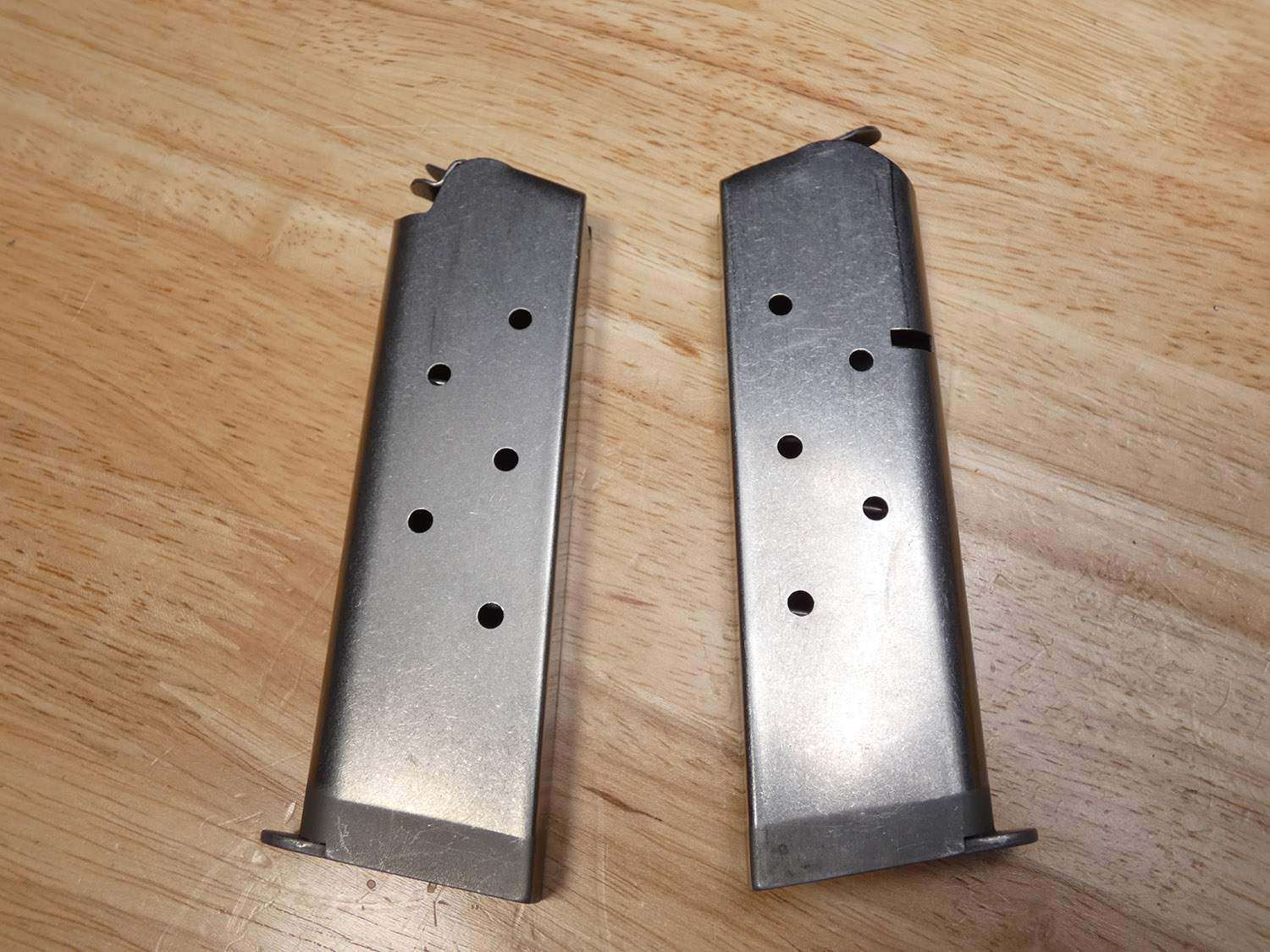 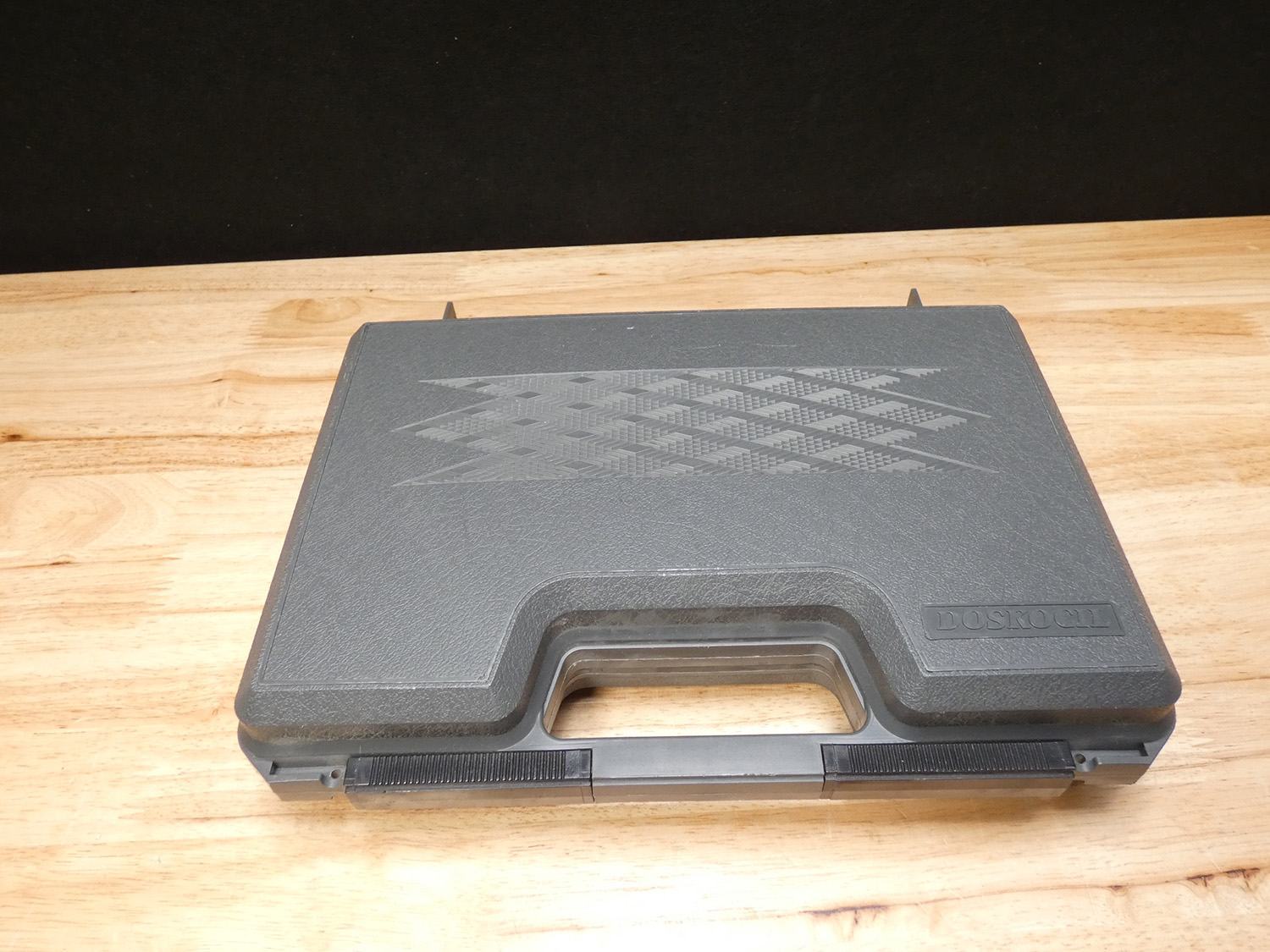 The Colt Gold Cup is known as the finest shooting semi-automatic in the world, and is the standard for competitive guns. The first Colt Gold Cup pistol was introduced in the late 1950’s to give competitive shooters a gun to take directly from the dealer’s showcase to the firing line. Colt Gold Cup pistols have been used to compete in local club matches through the National Matches at Camp Perry. The Gold Cup National Match is the ultimate target 1911. If you get a chance to shoot one, don’t miss the opportunity. They are fine shooting pistols.

This pistol was manufactured in stainless steel with a matte finish in 1986. These were built-in stainless steel between 1986 and 1996.  Single Action Only, Chambered in .45 ACP, this pistol has Colt-Elliason adjustable rear sight, wide groove adjustable target trigger, under cut front sight, flat mainspring housing, hand-honed internal parts, 5″ National Match barrel, and many other refinements as standard.  This pistol includes a case, the manual, and 2 original Colt magazines.  The Bore is in great condition!