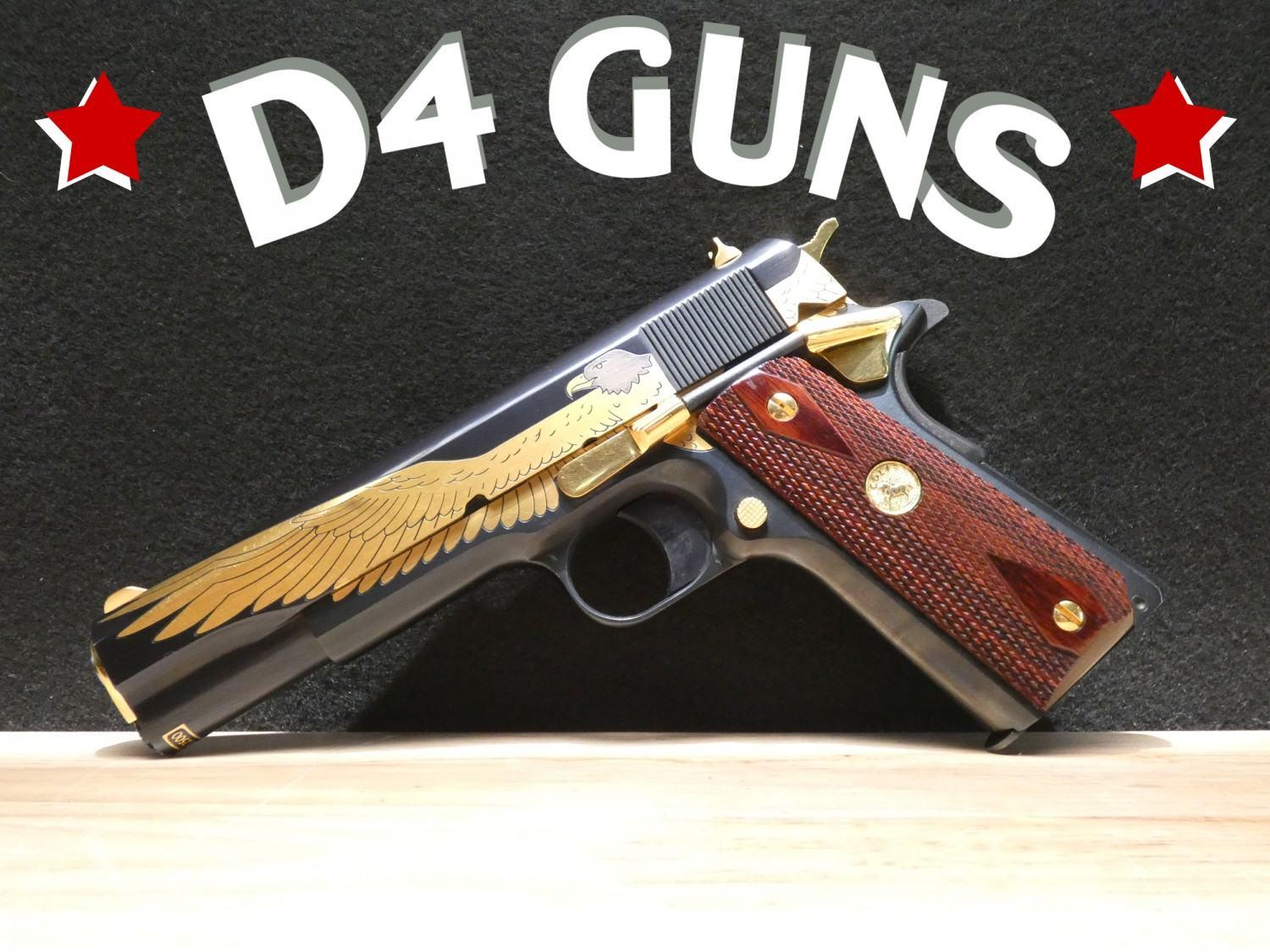 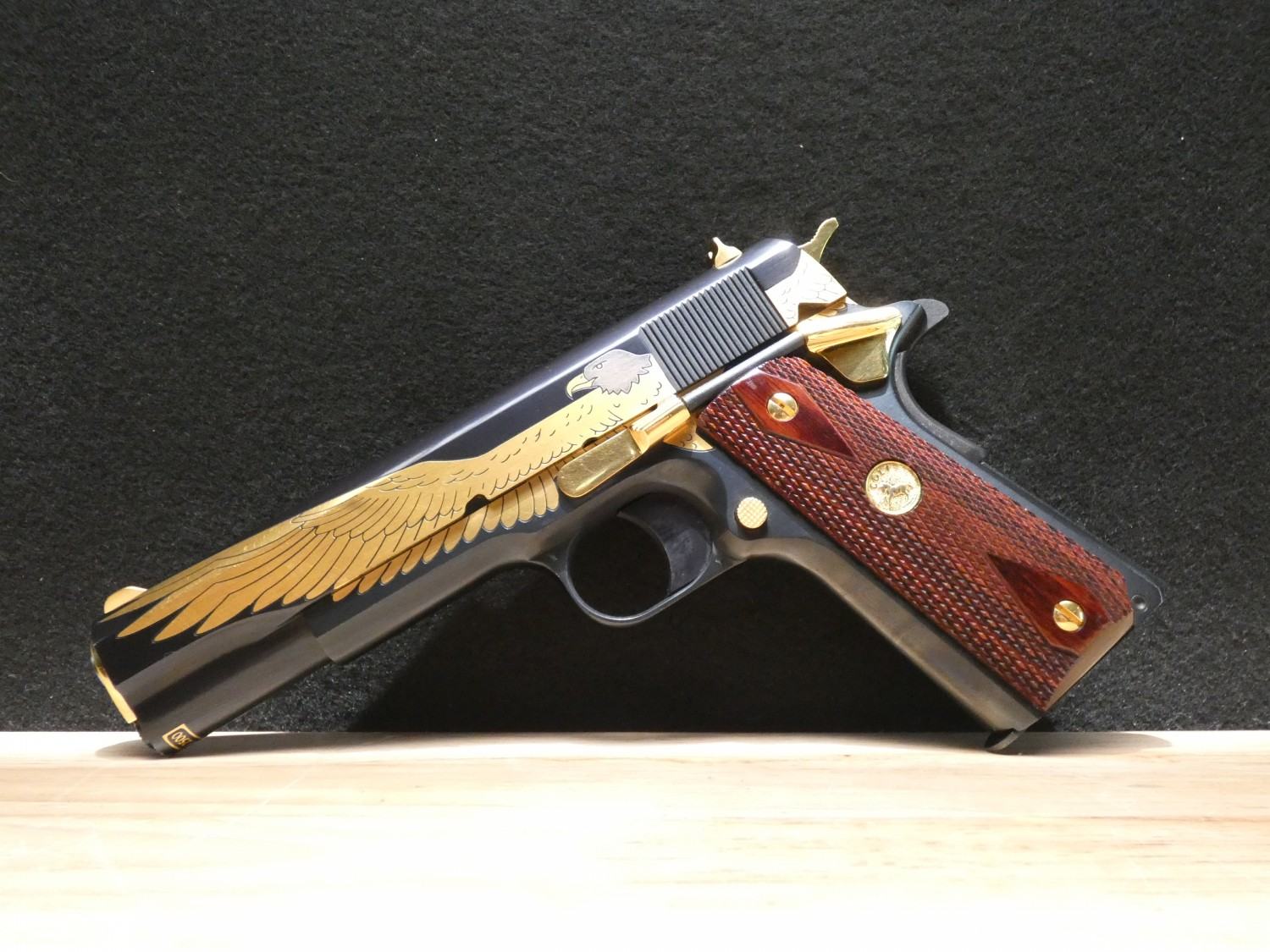 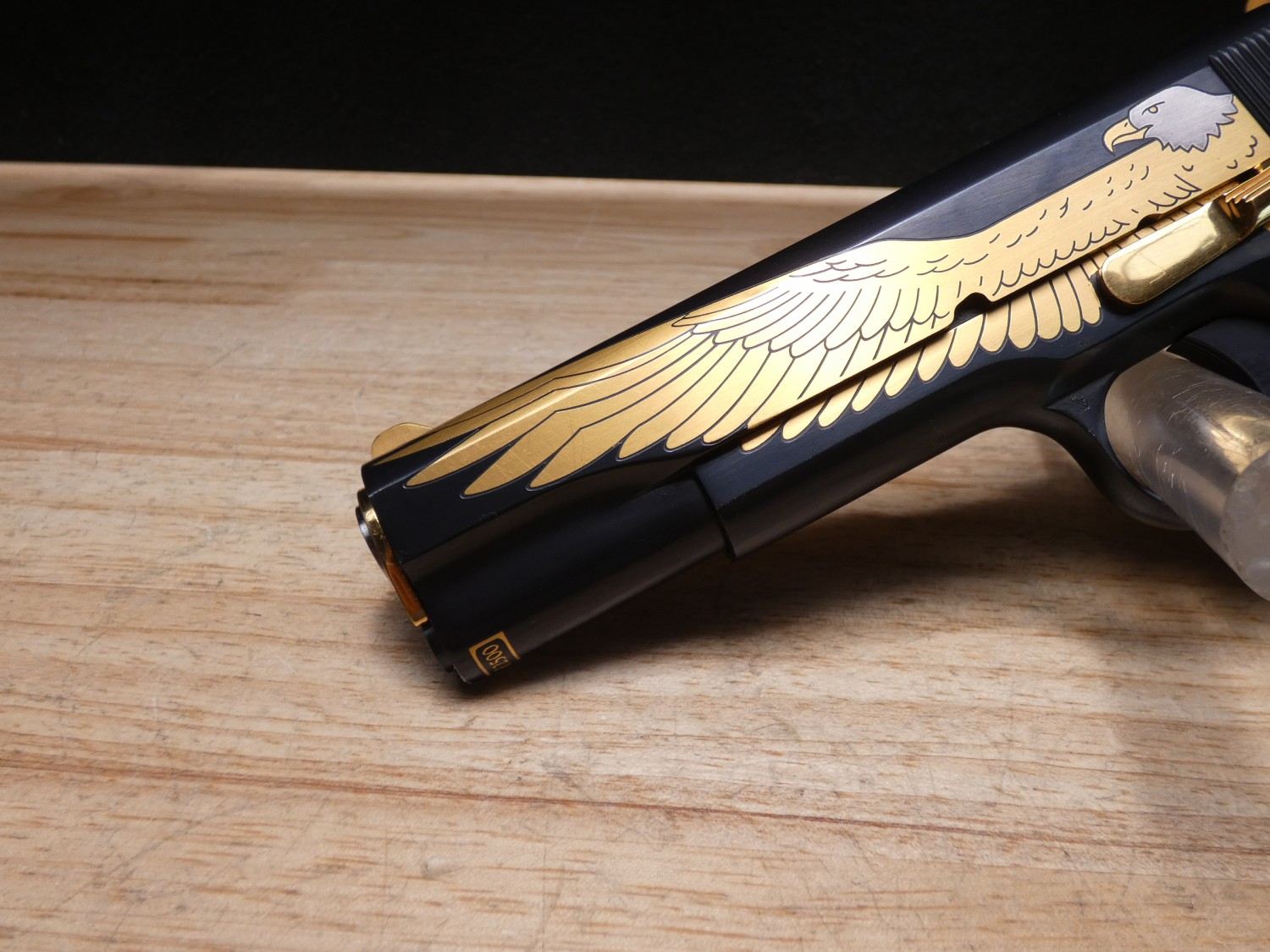 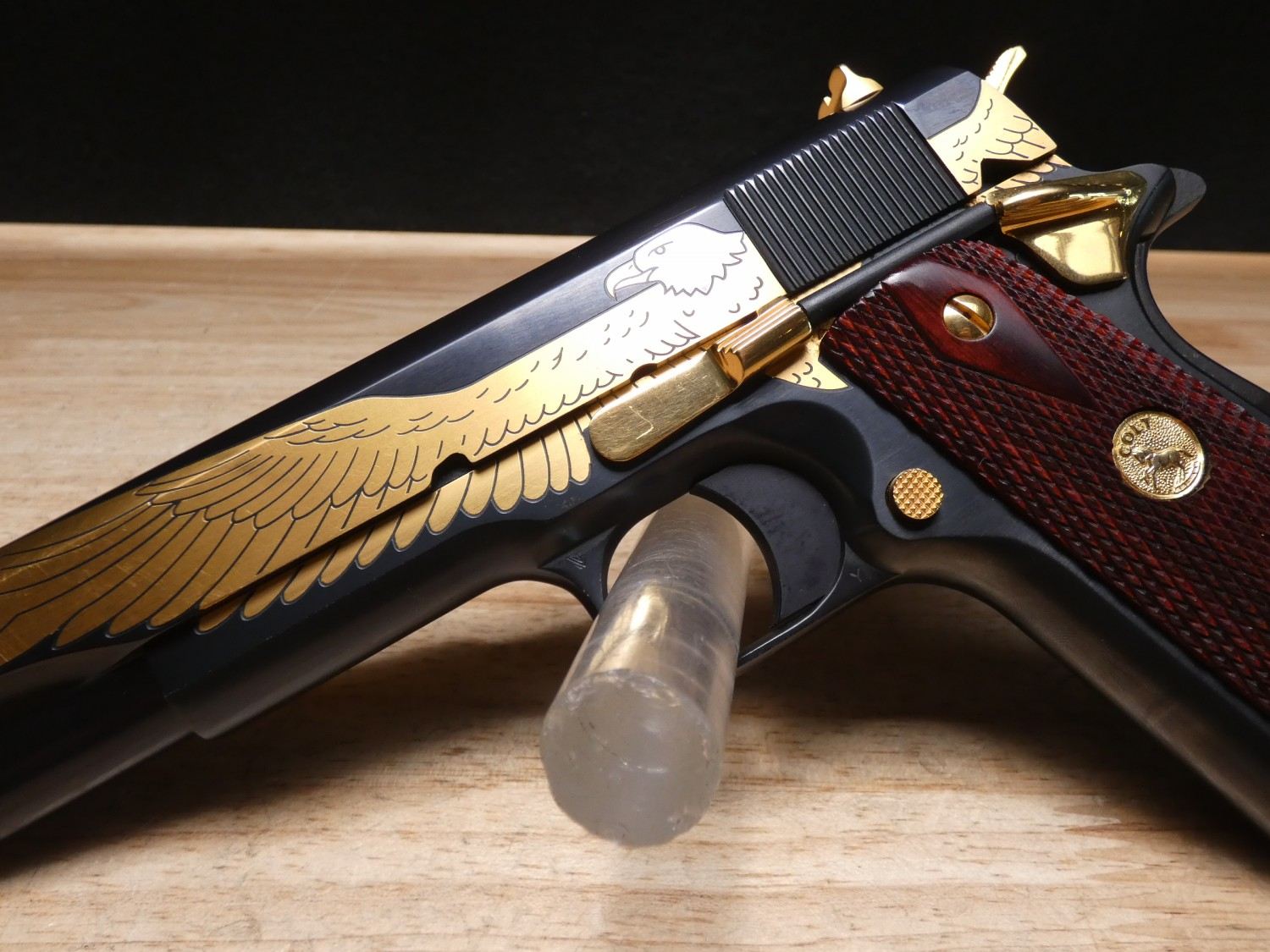 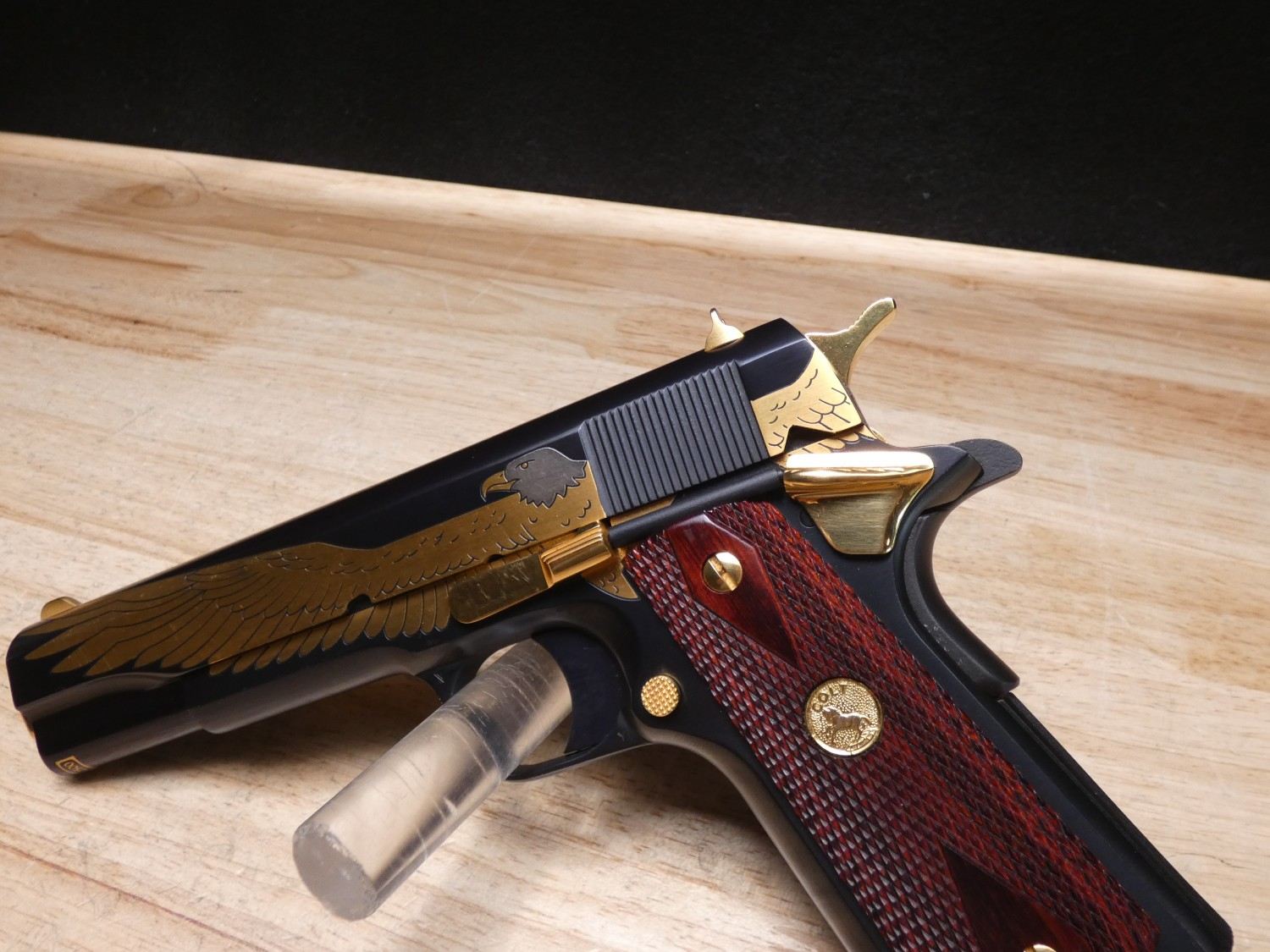 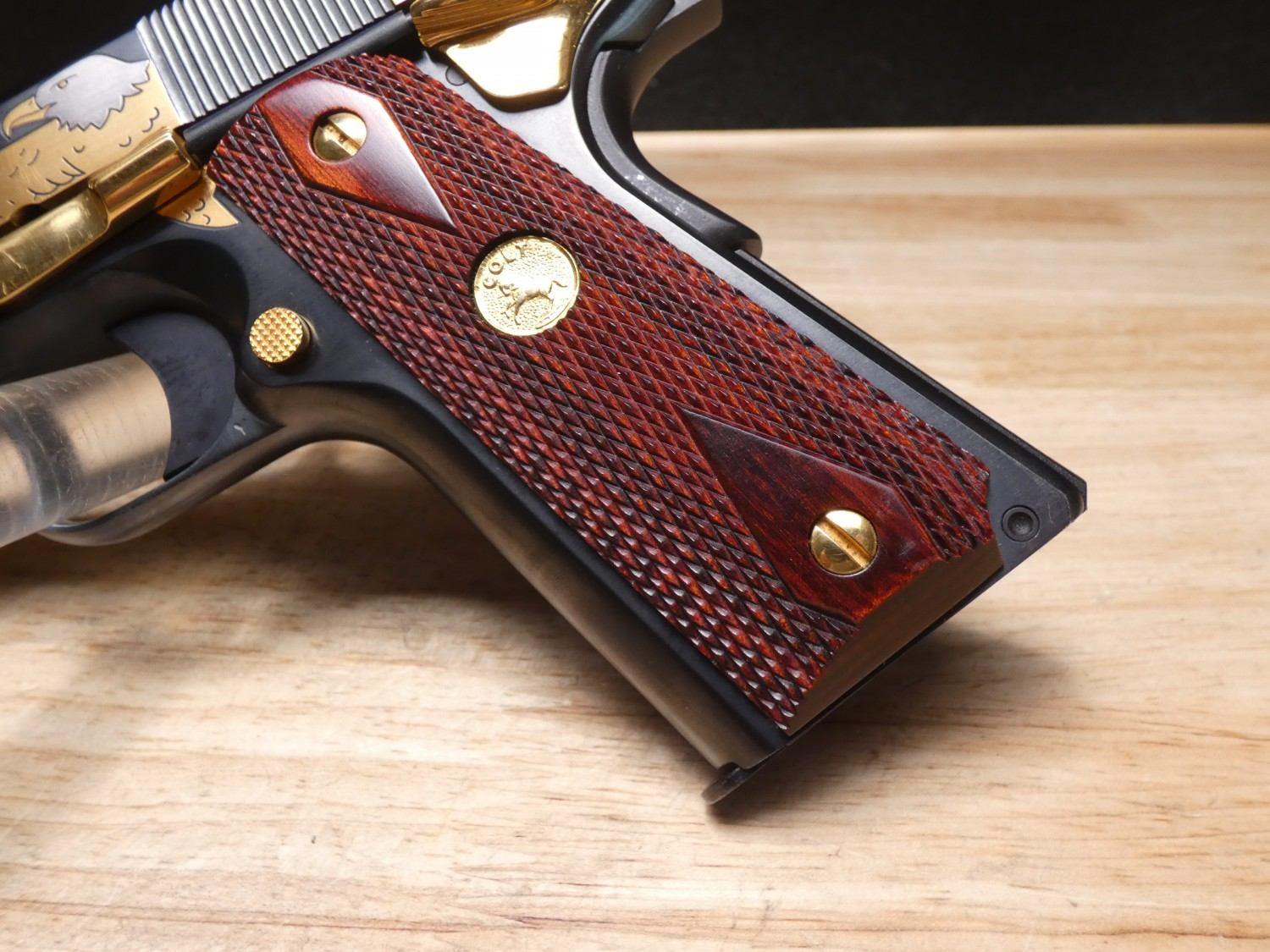 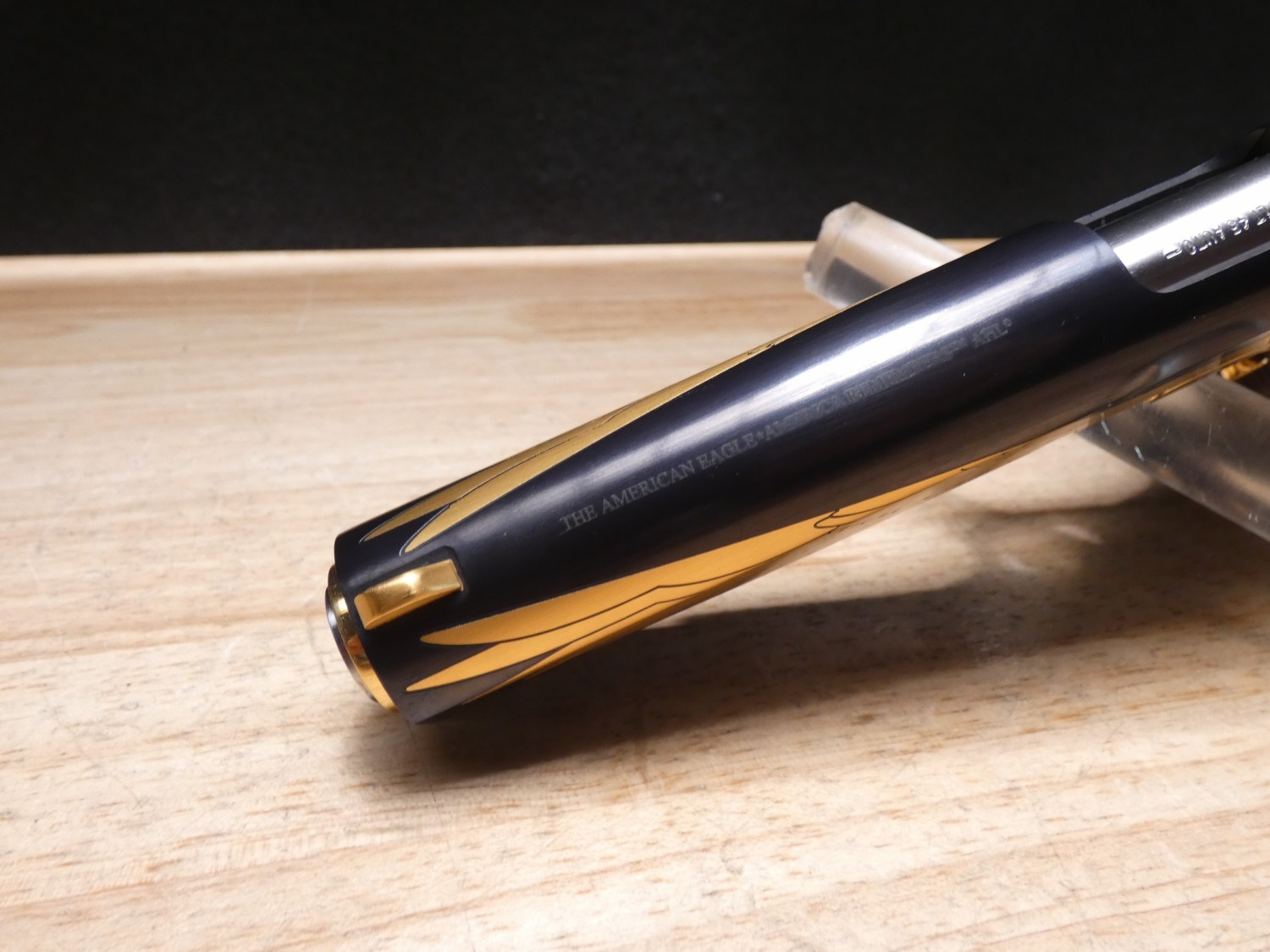 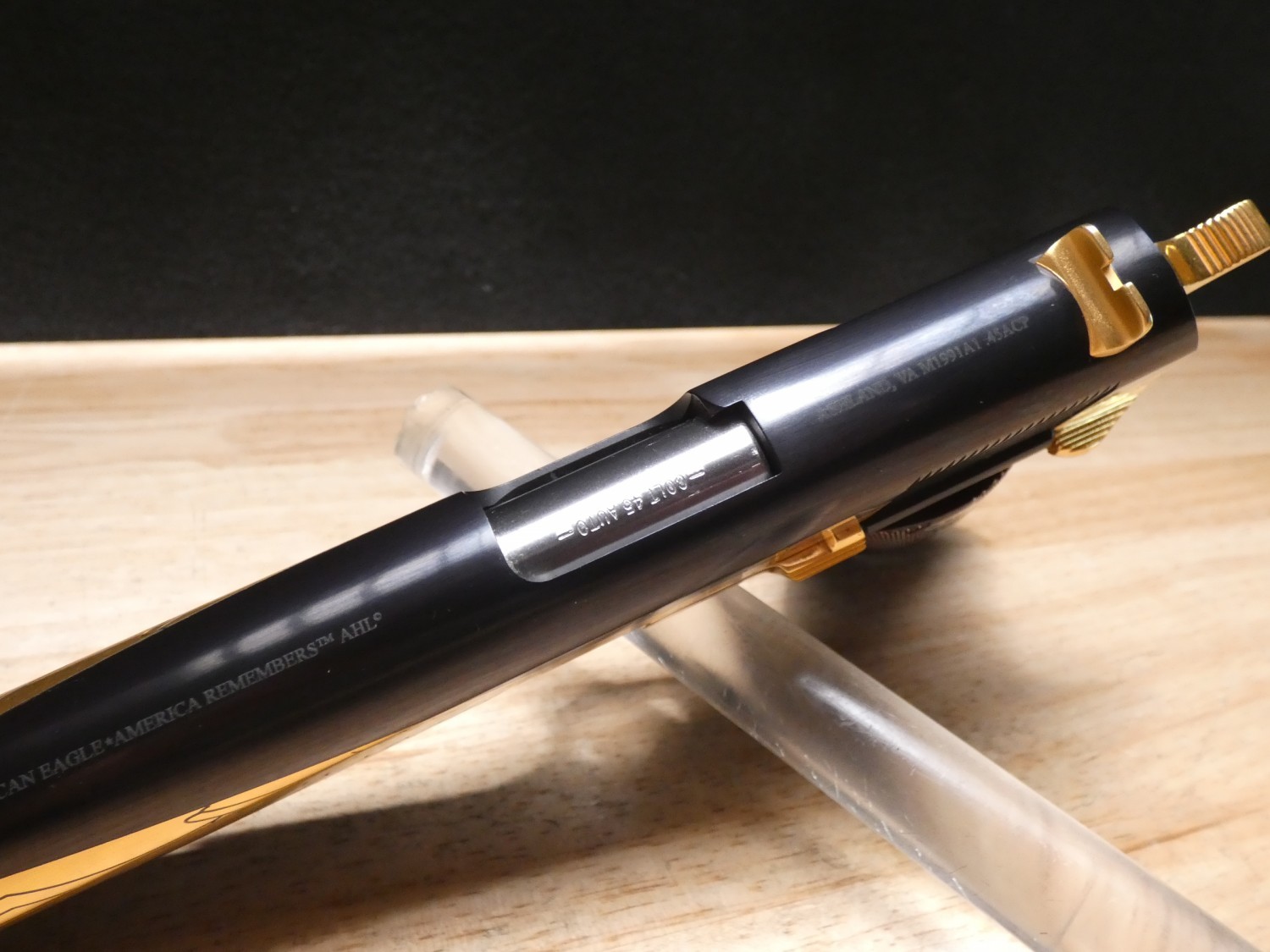 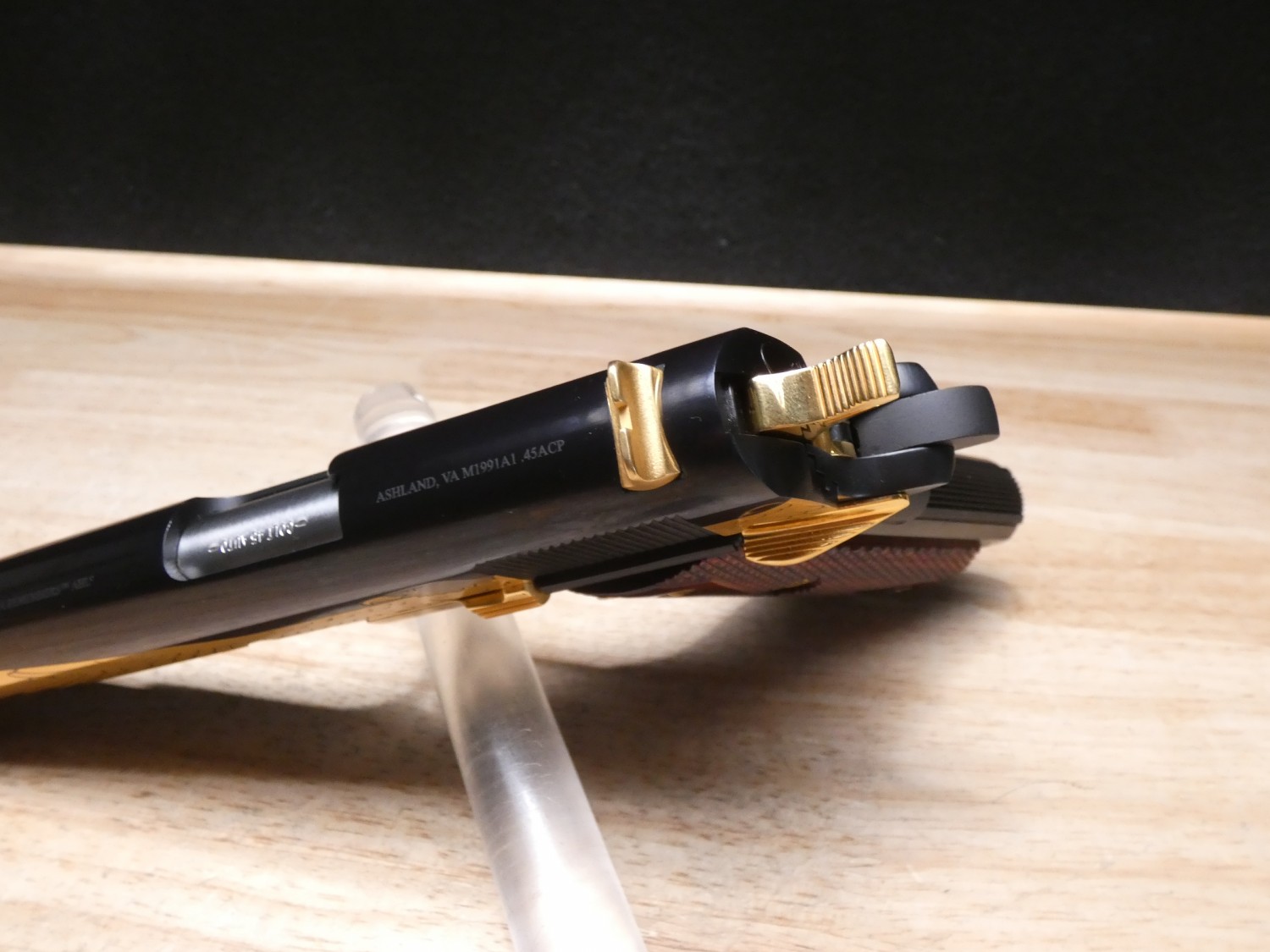 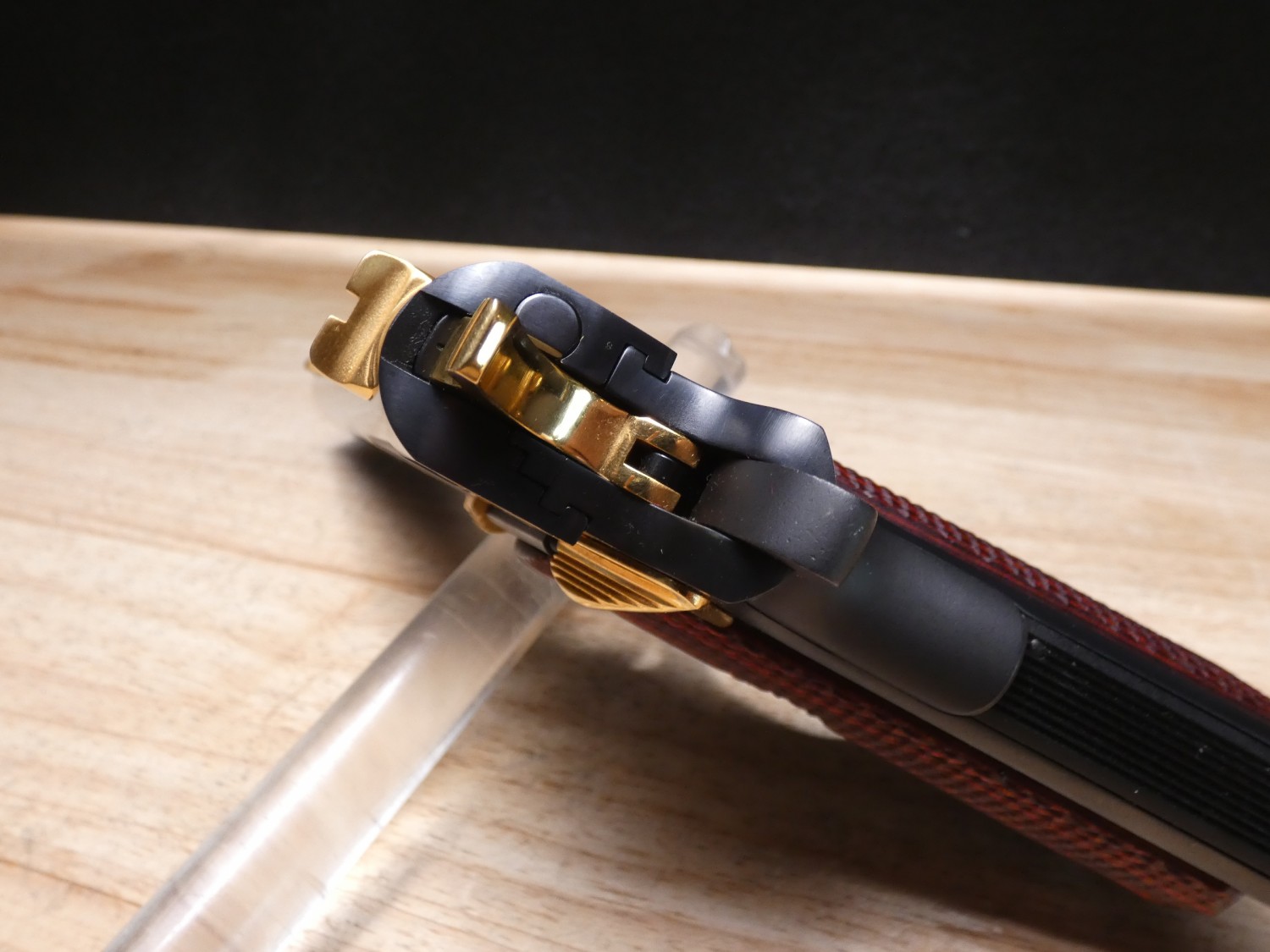 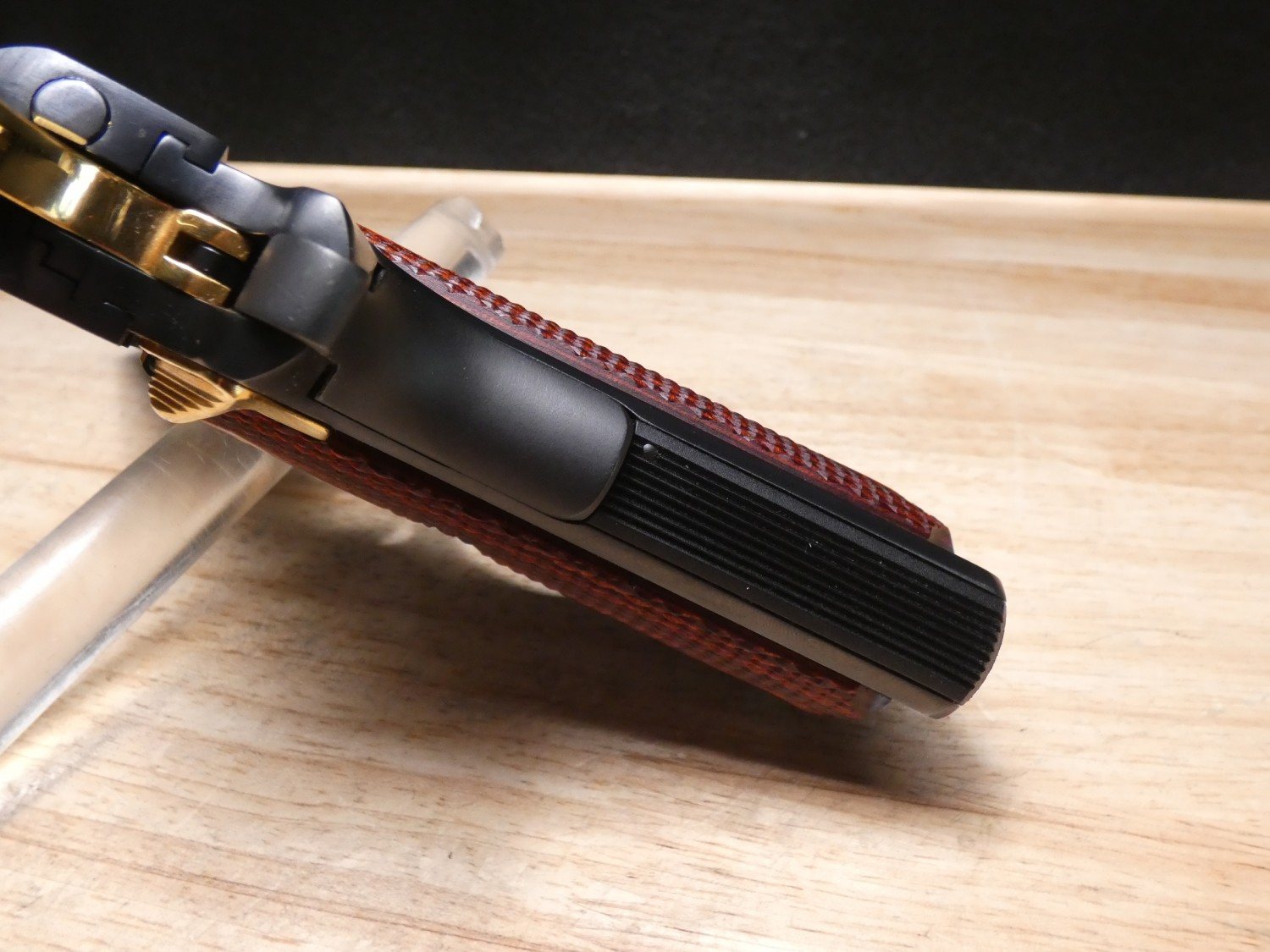 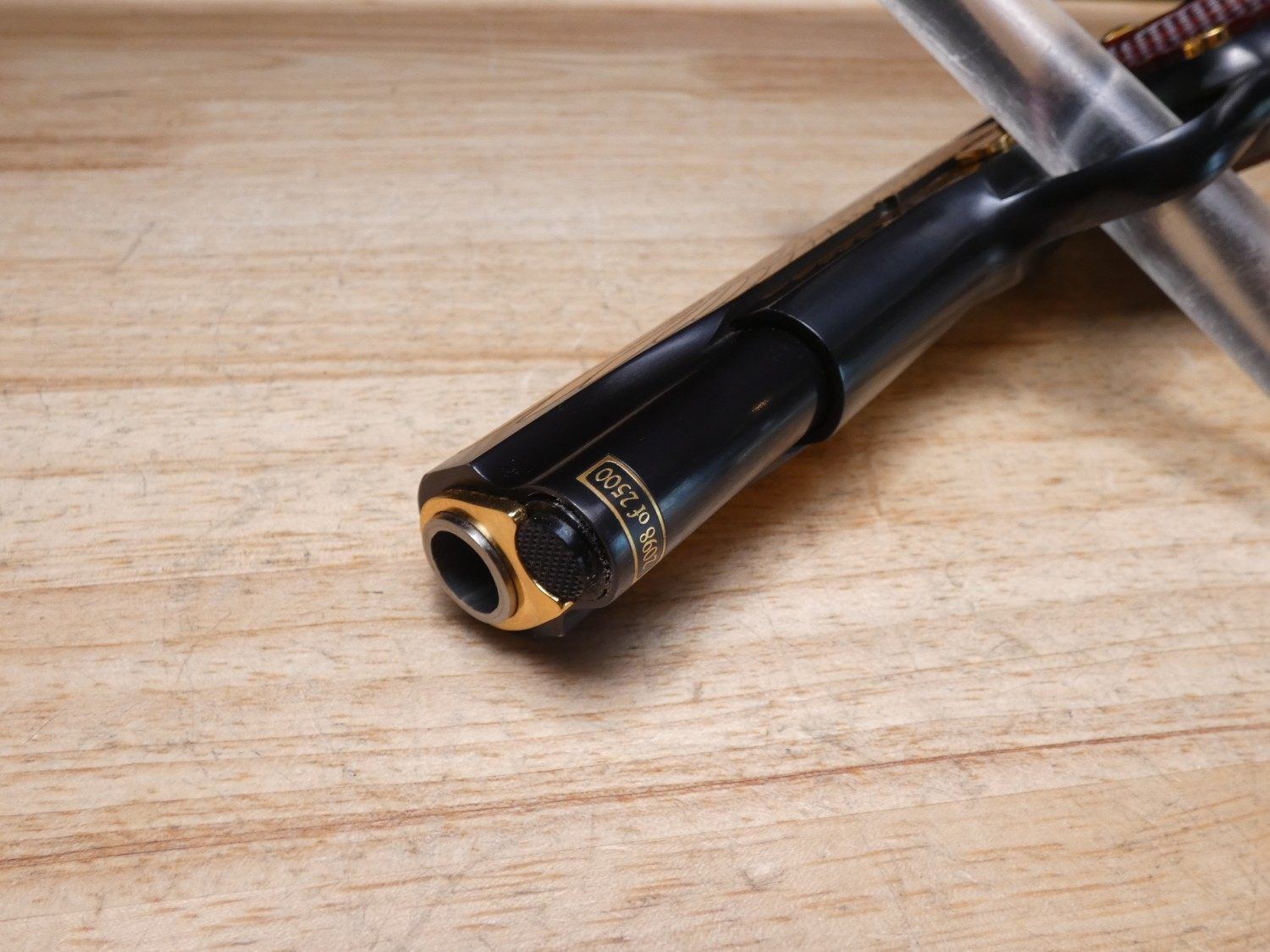 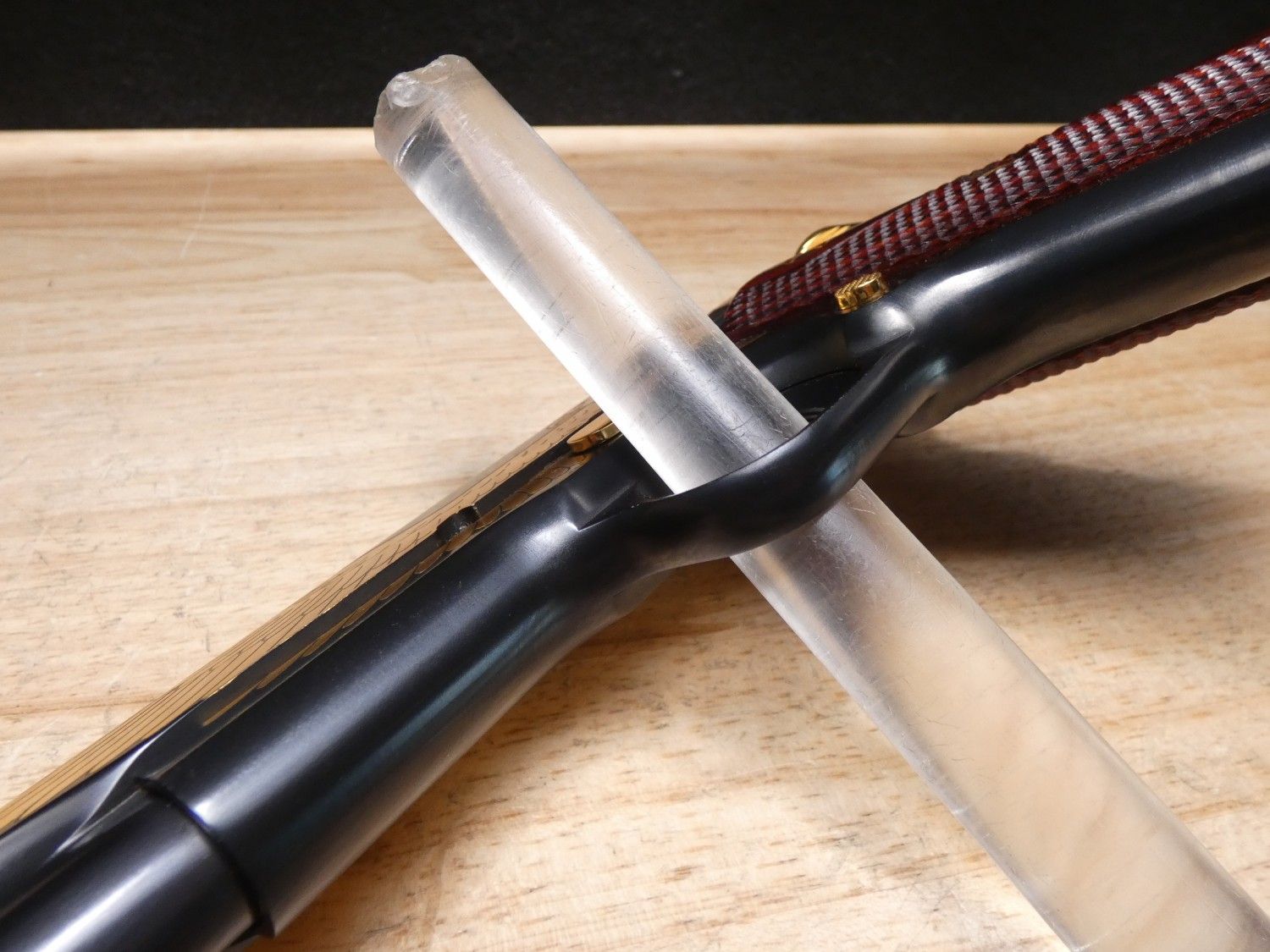 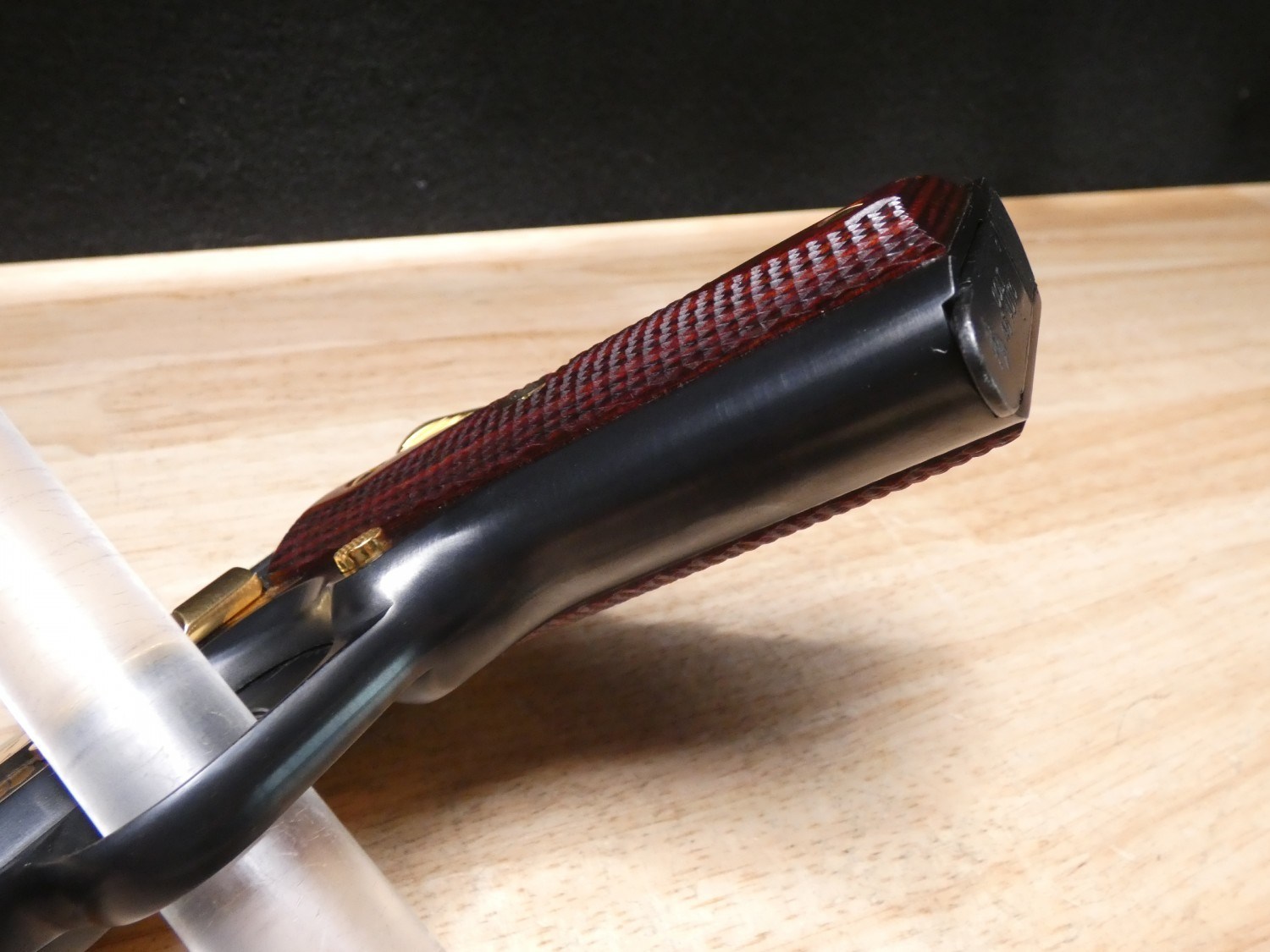 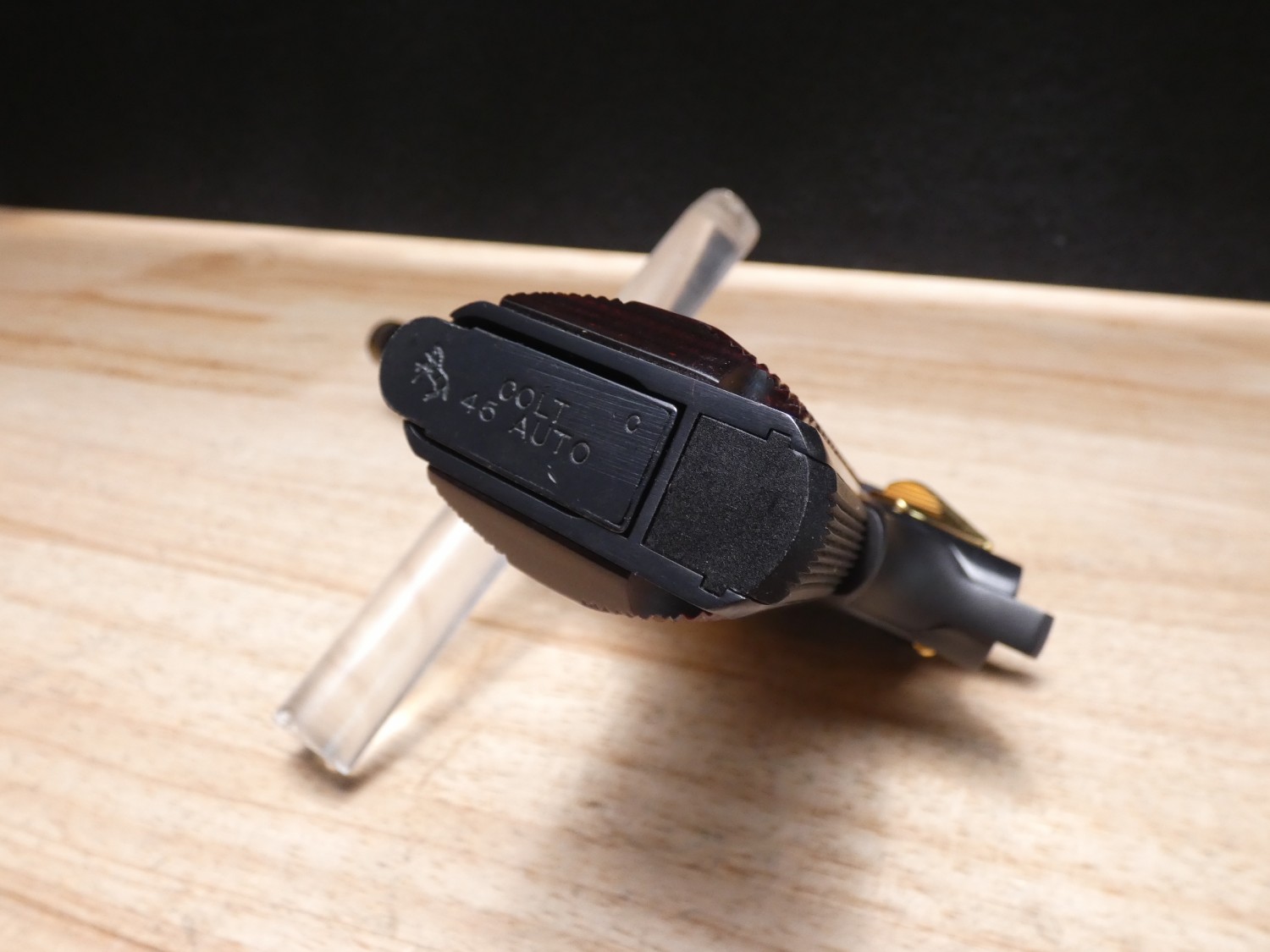 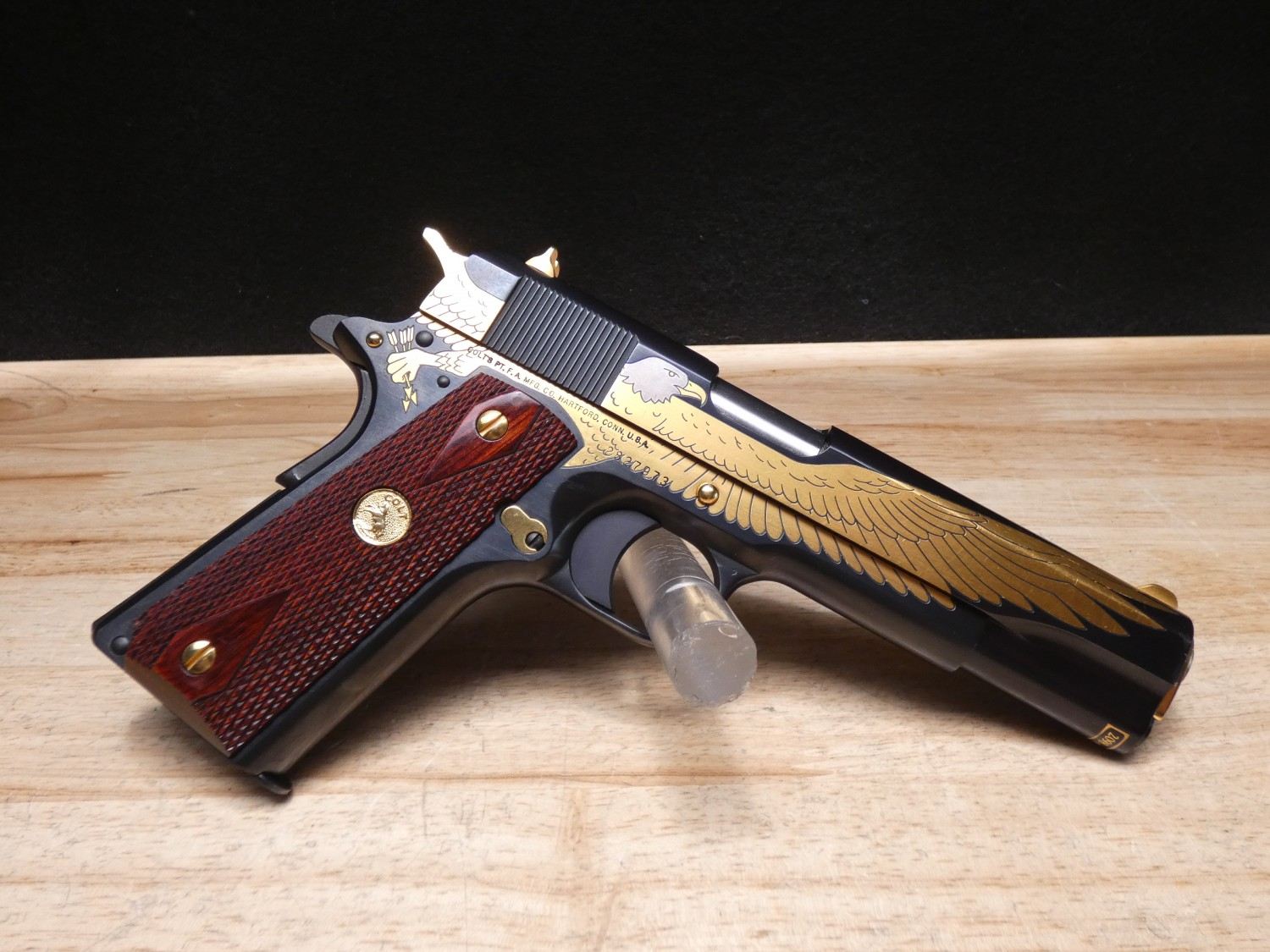 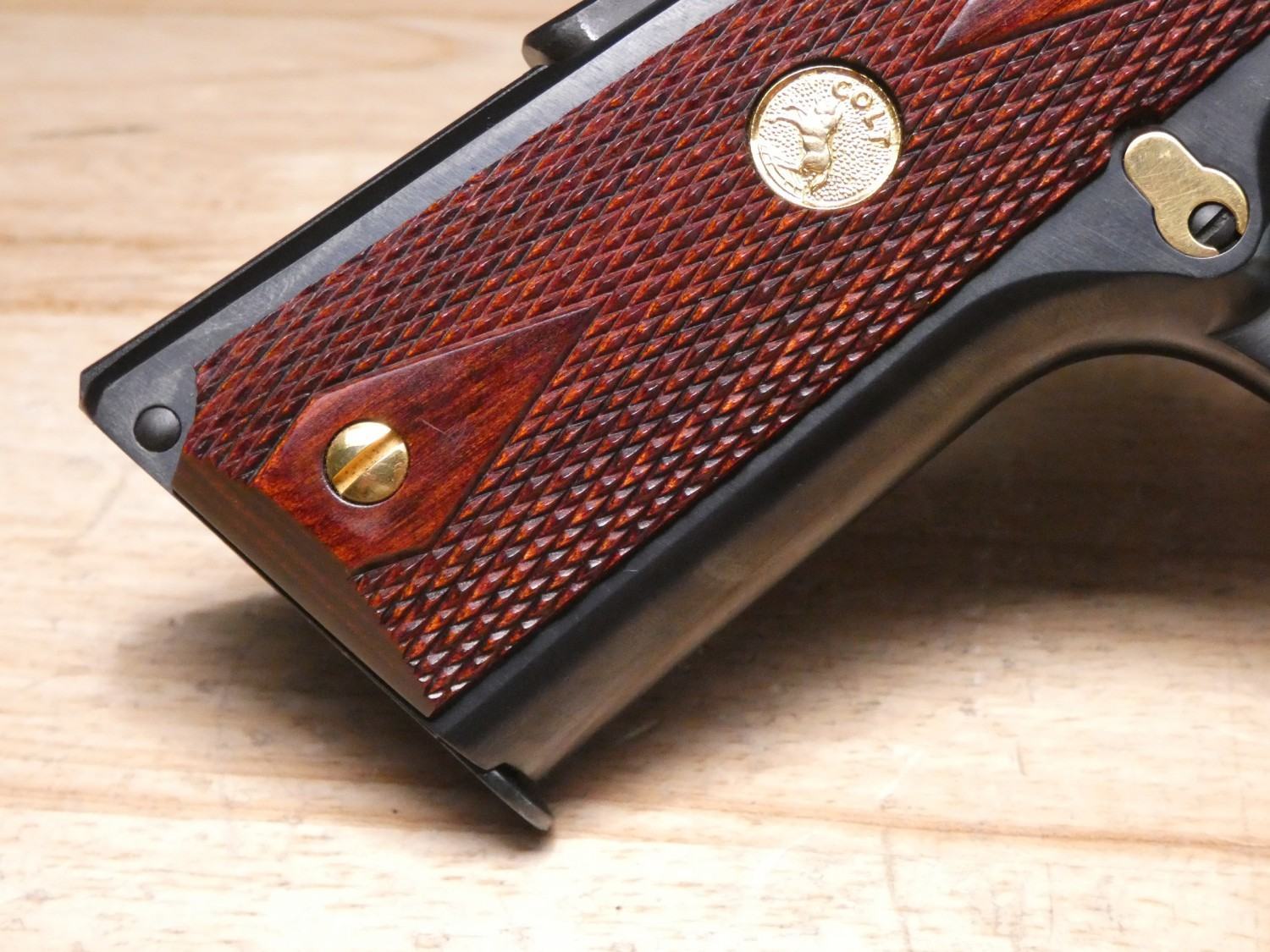 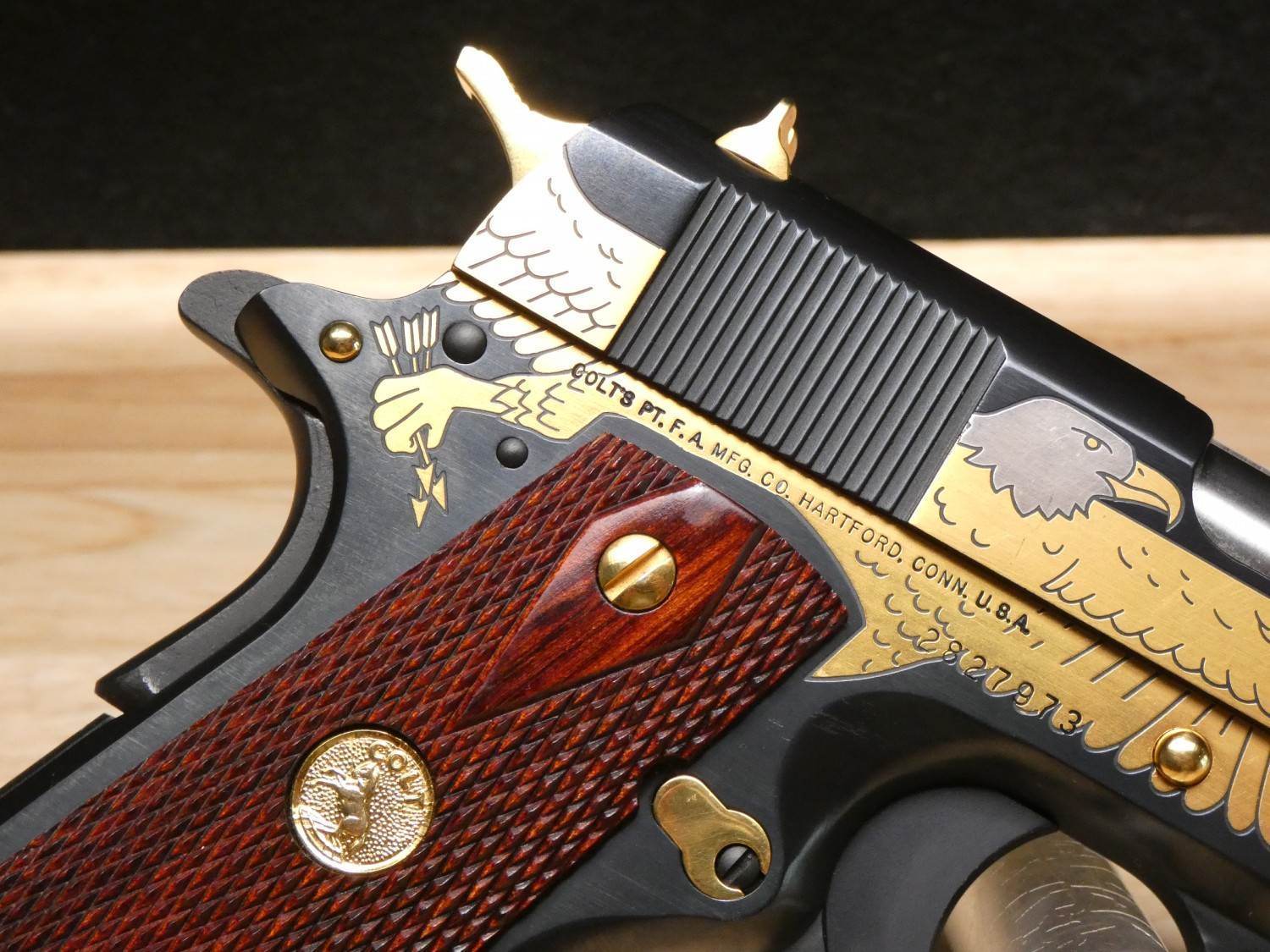 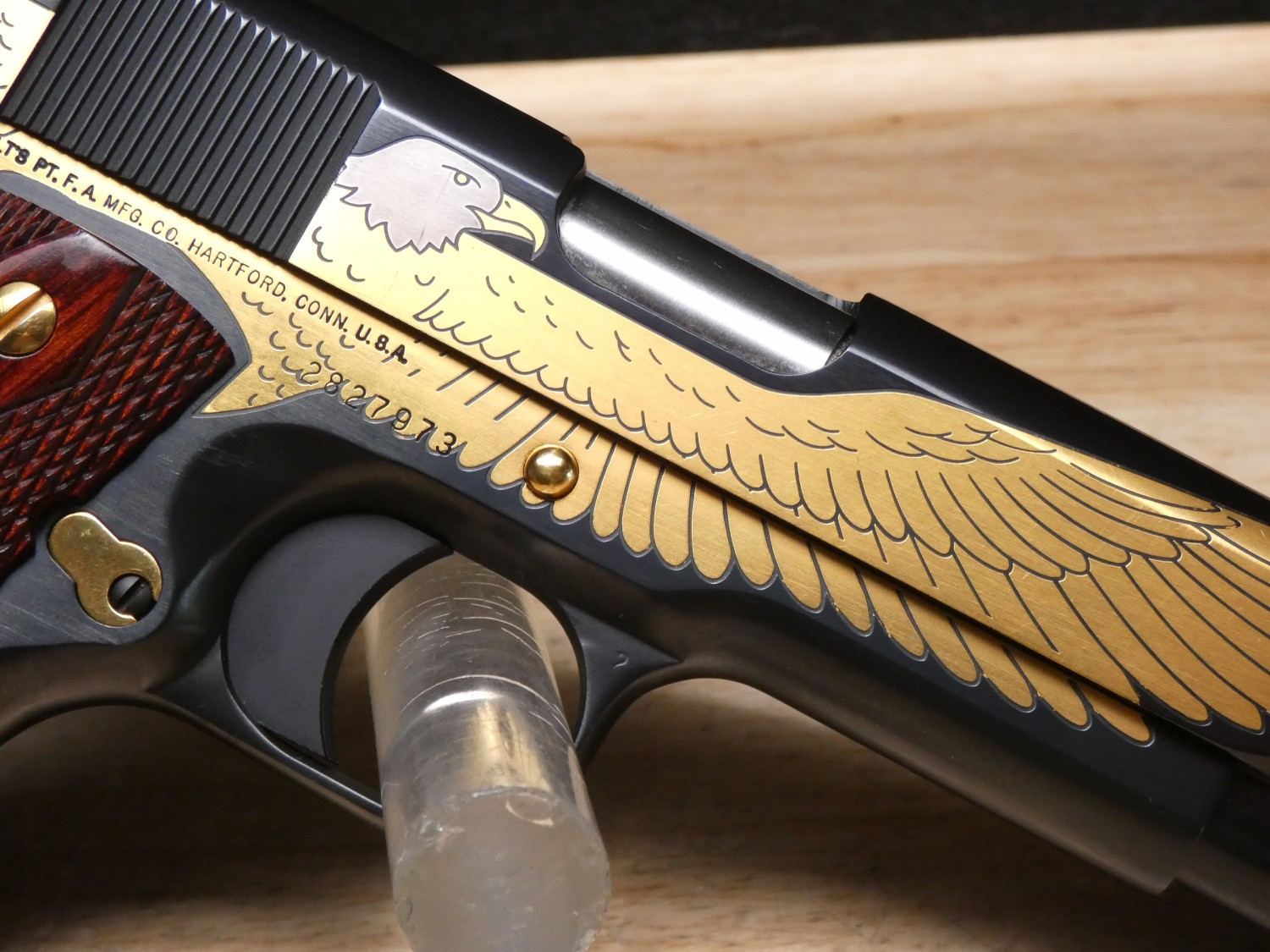 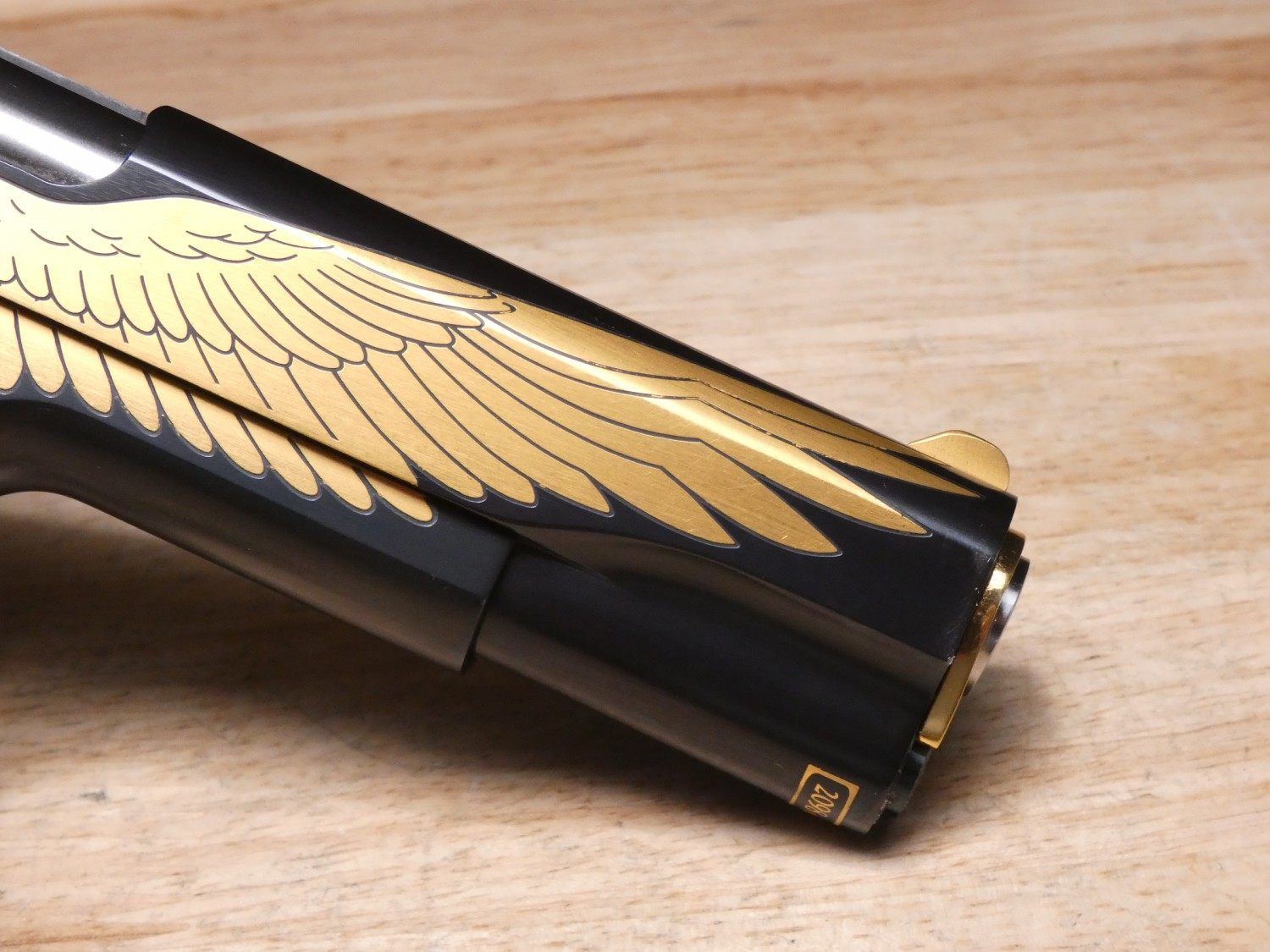 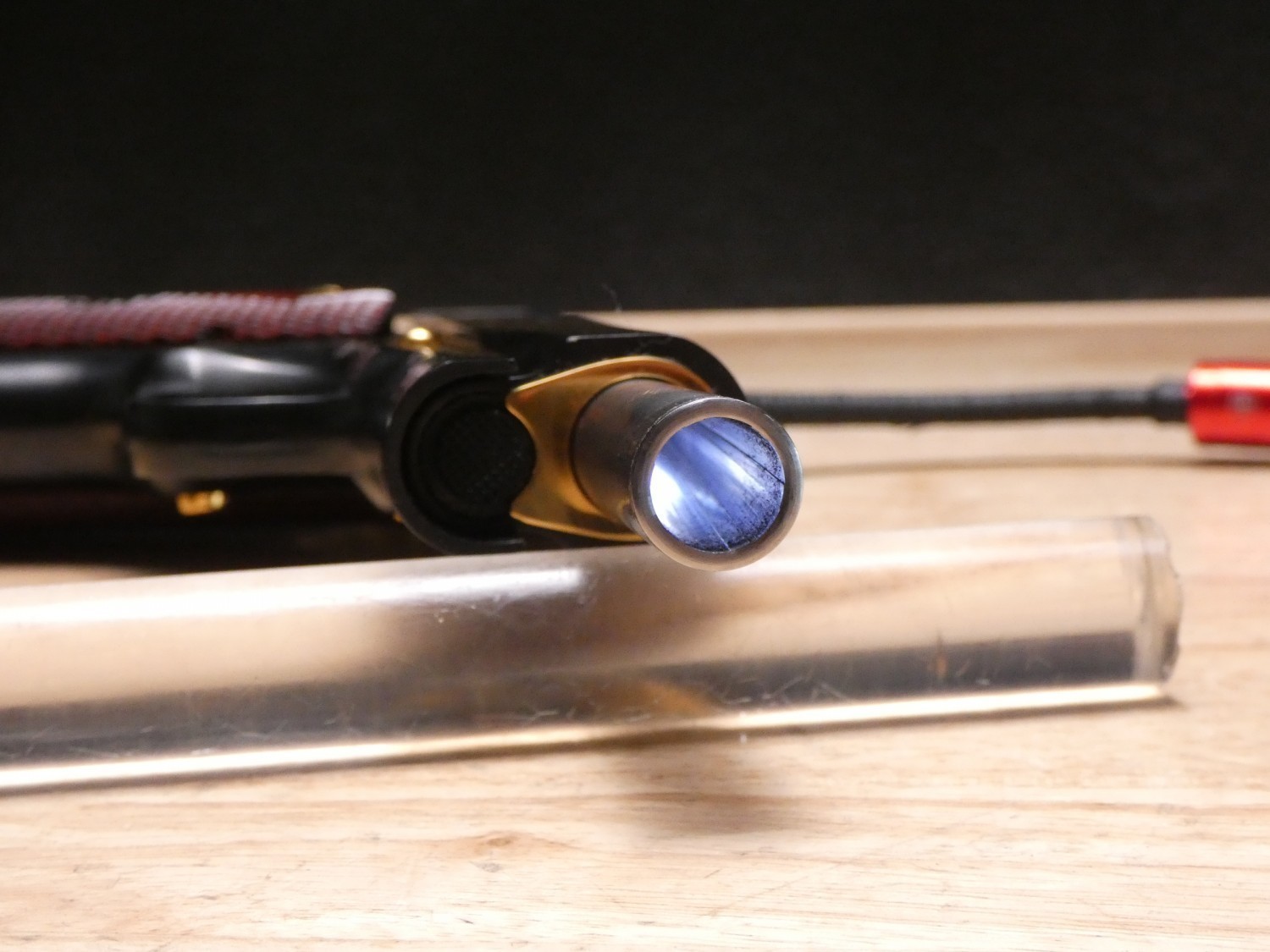 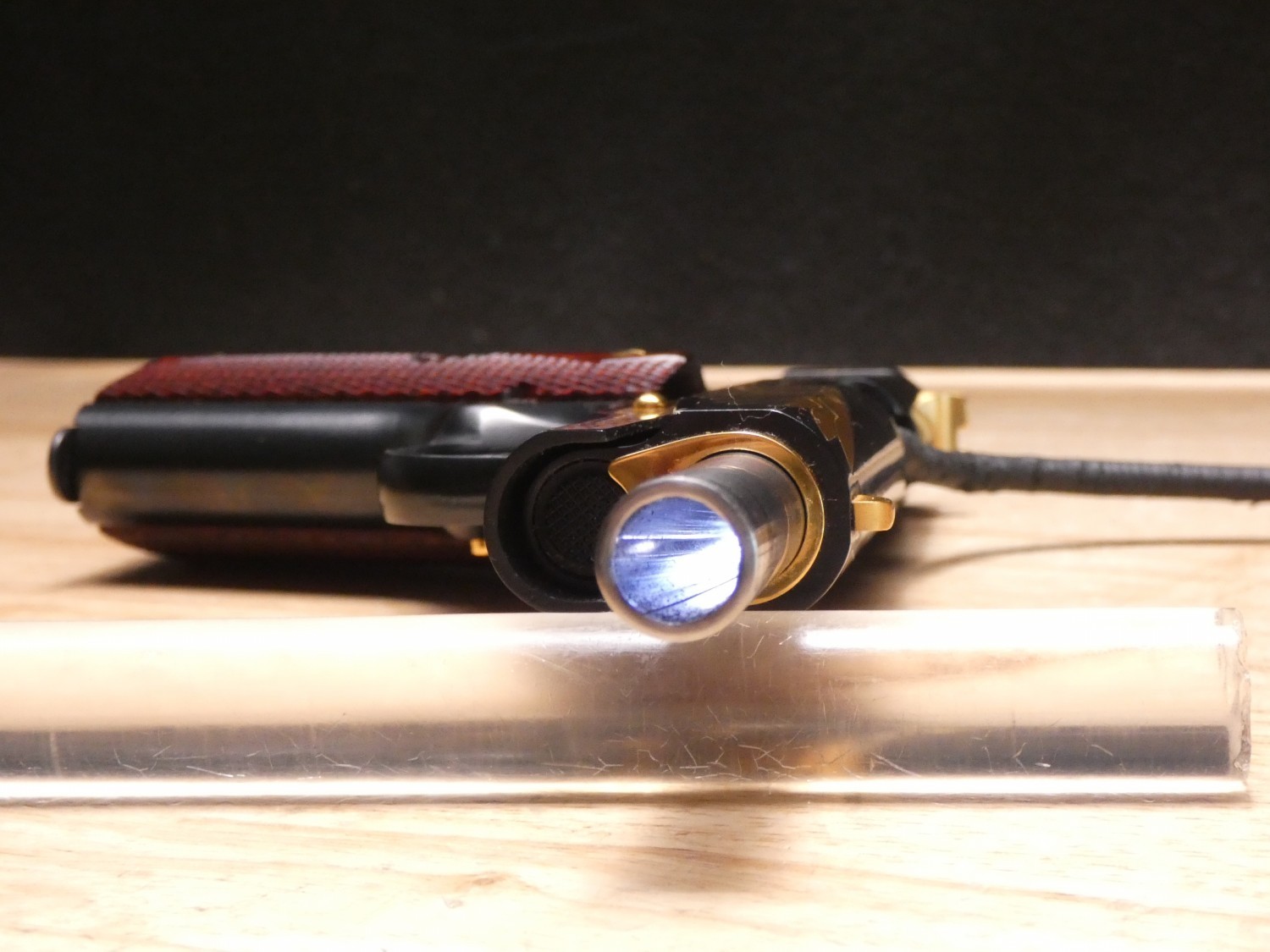 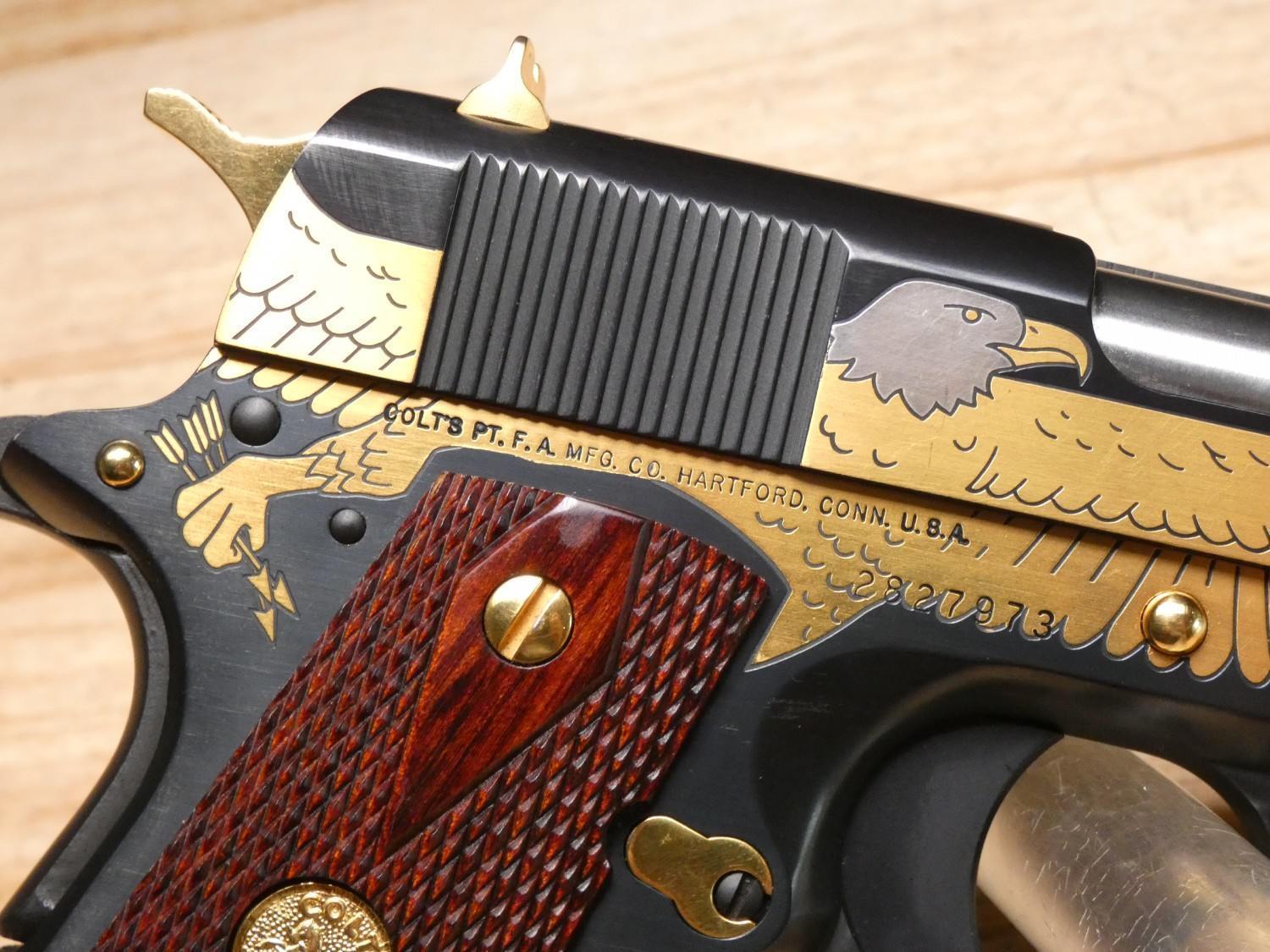 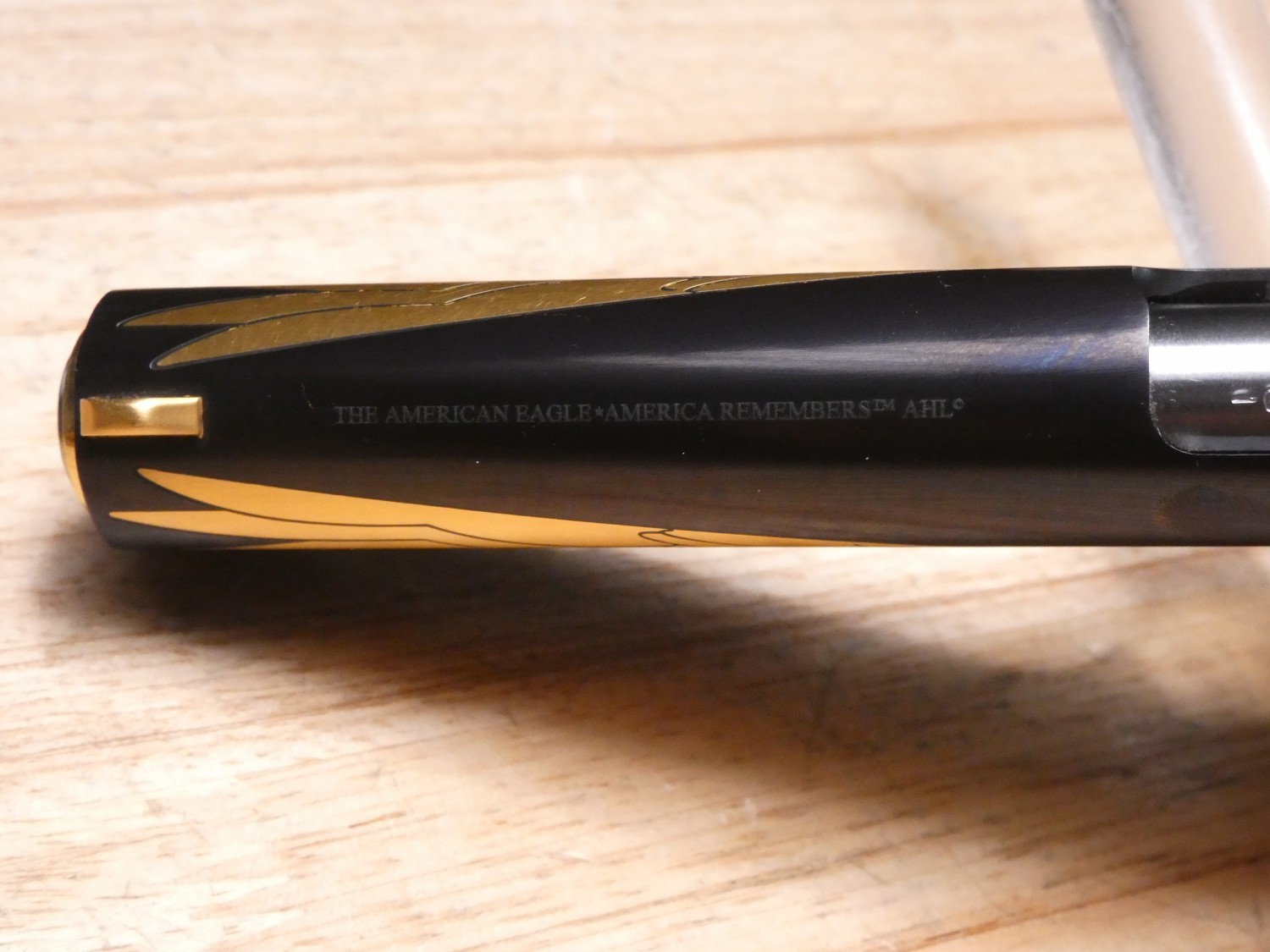 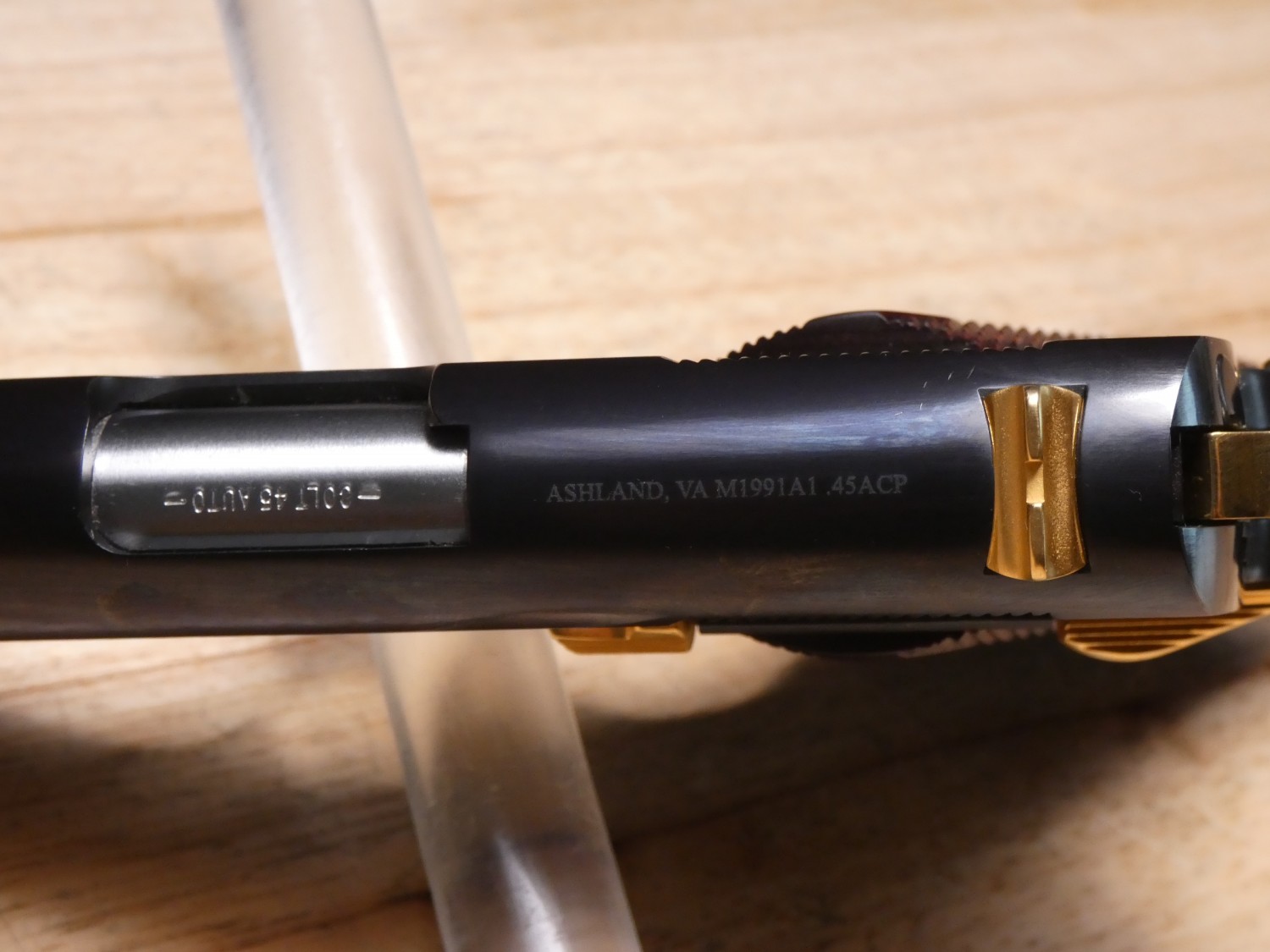 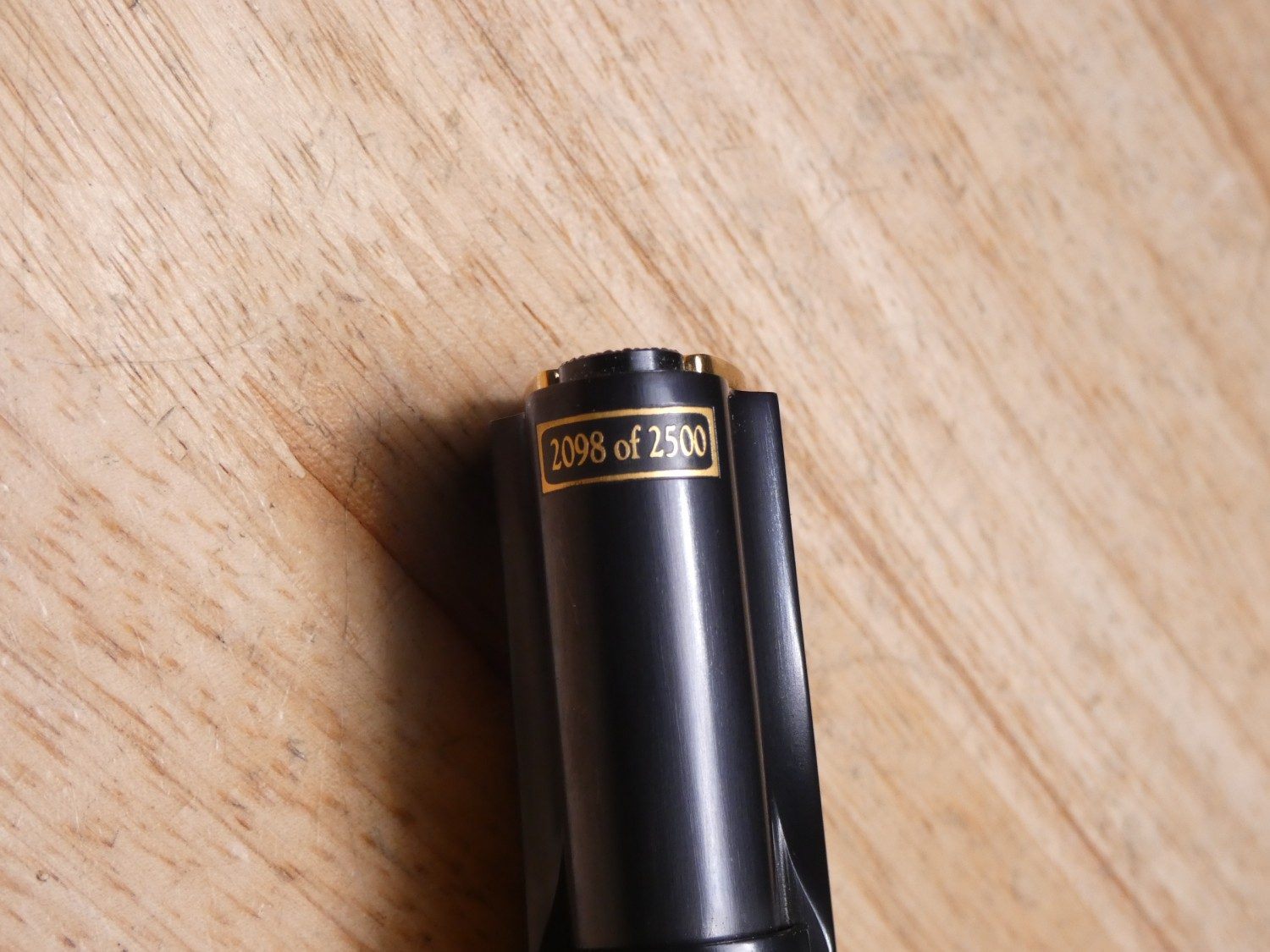 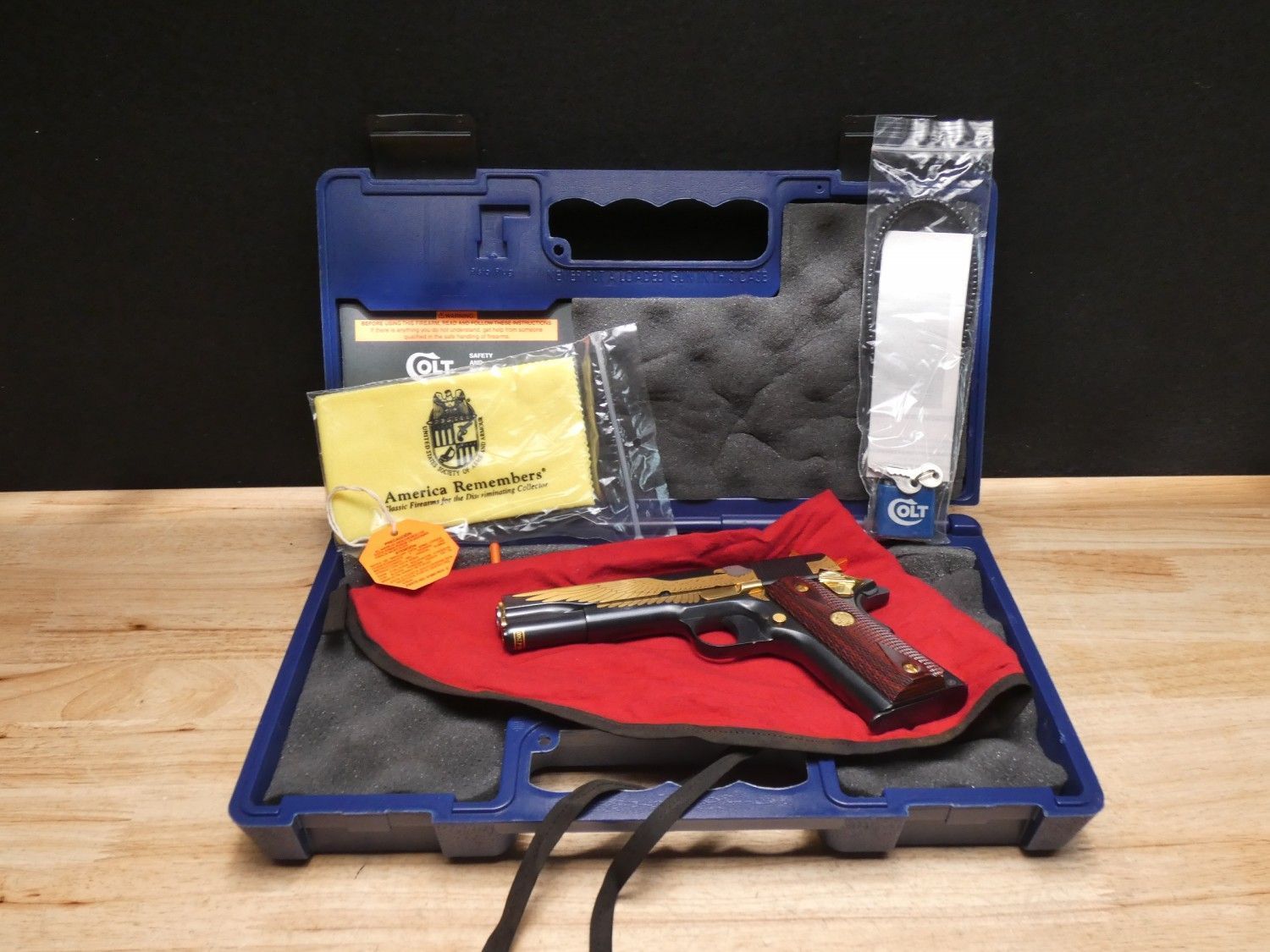 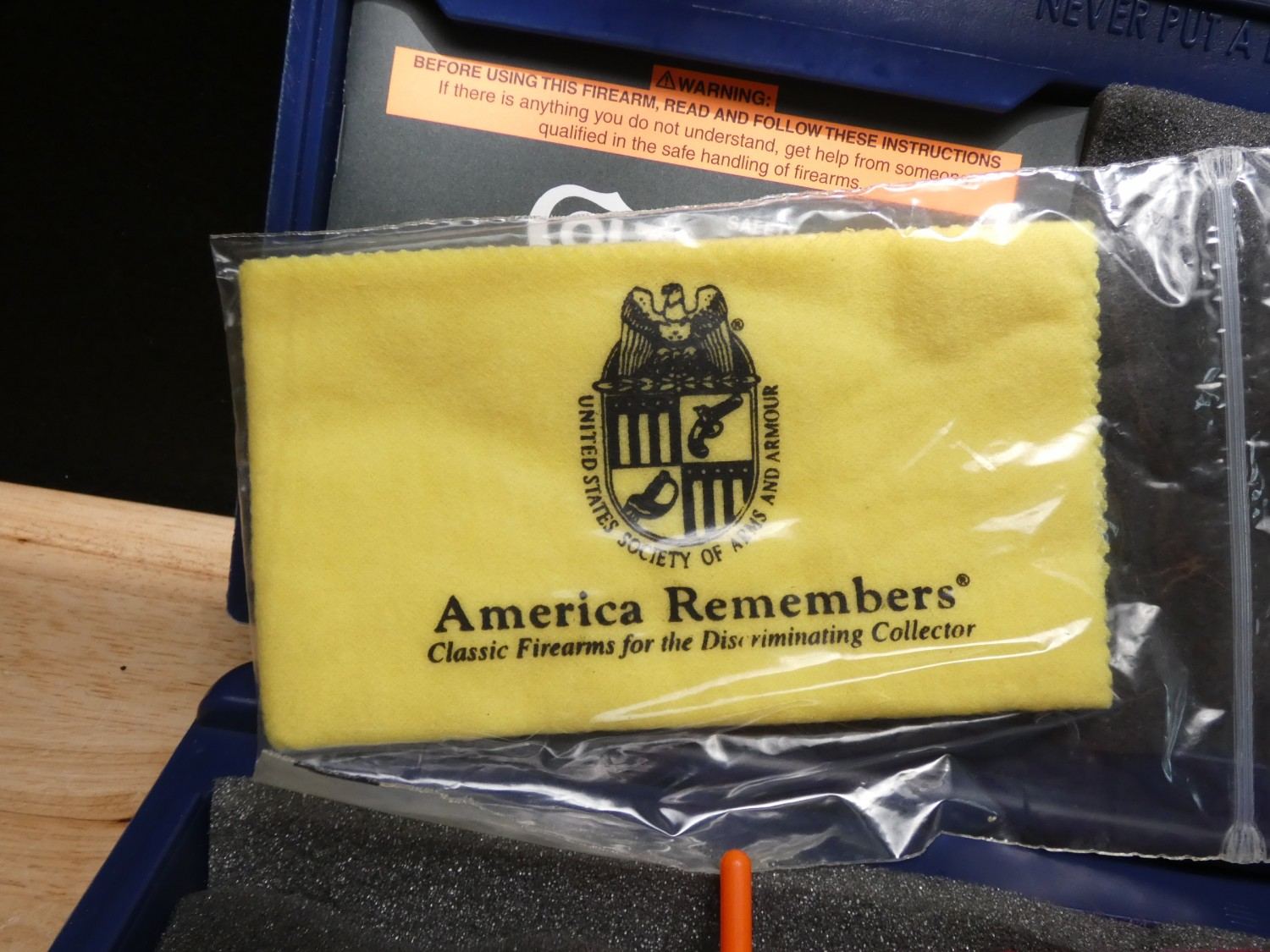 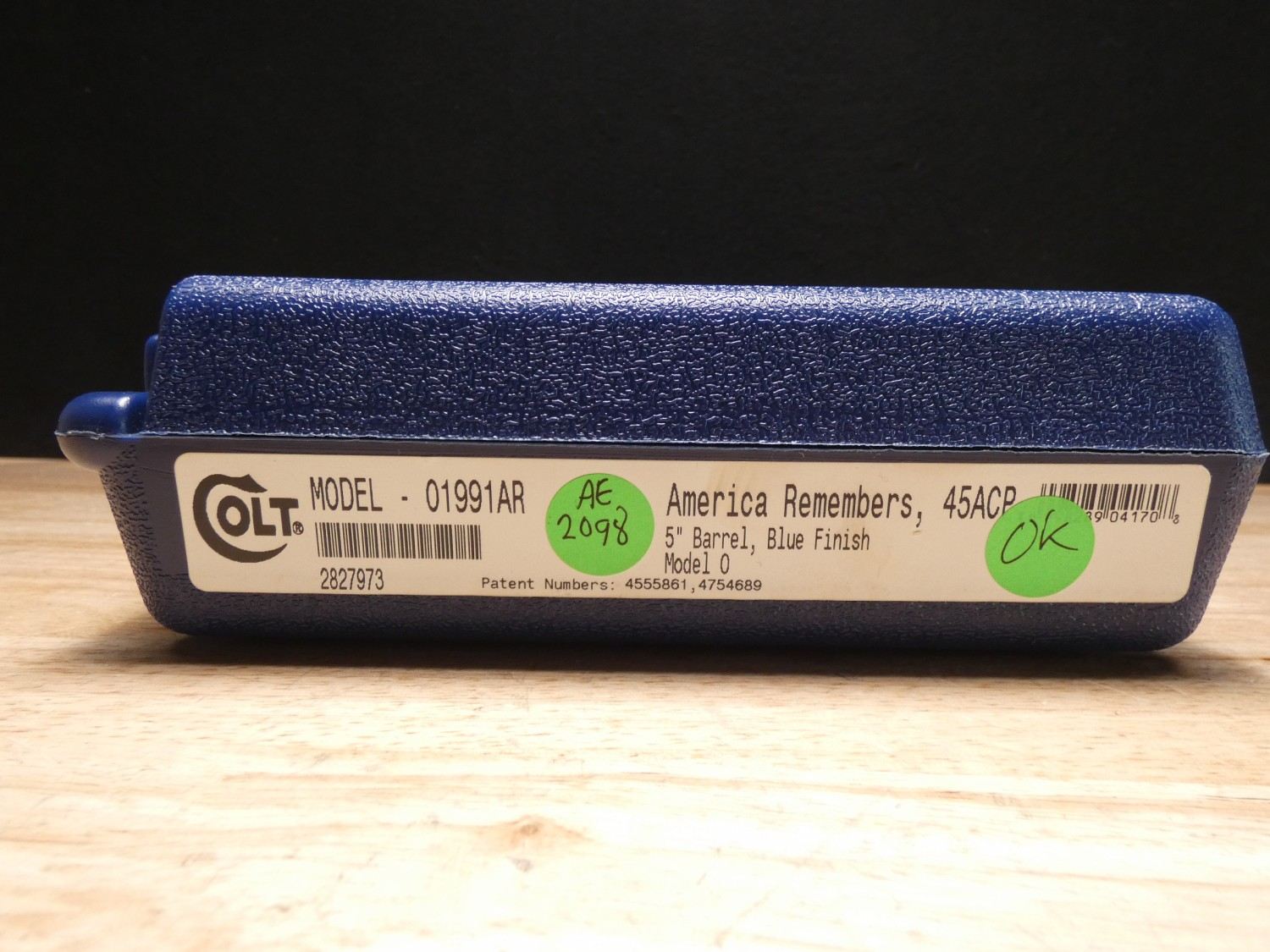 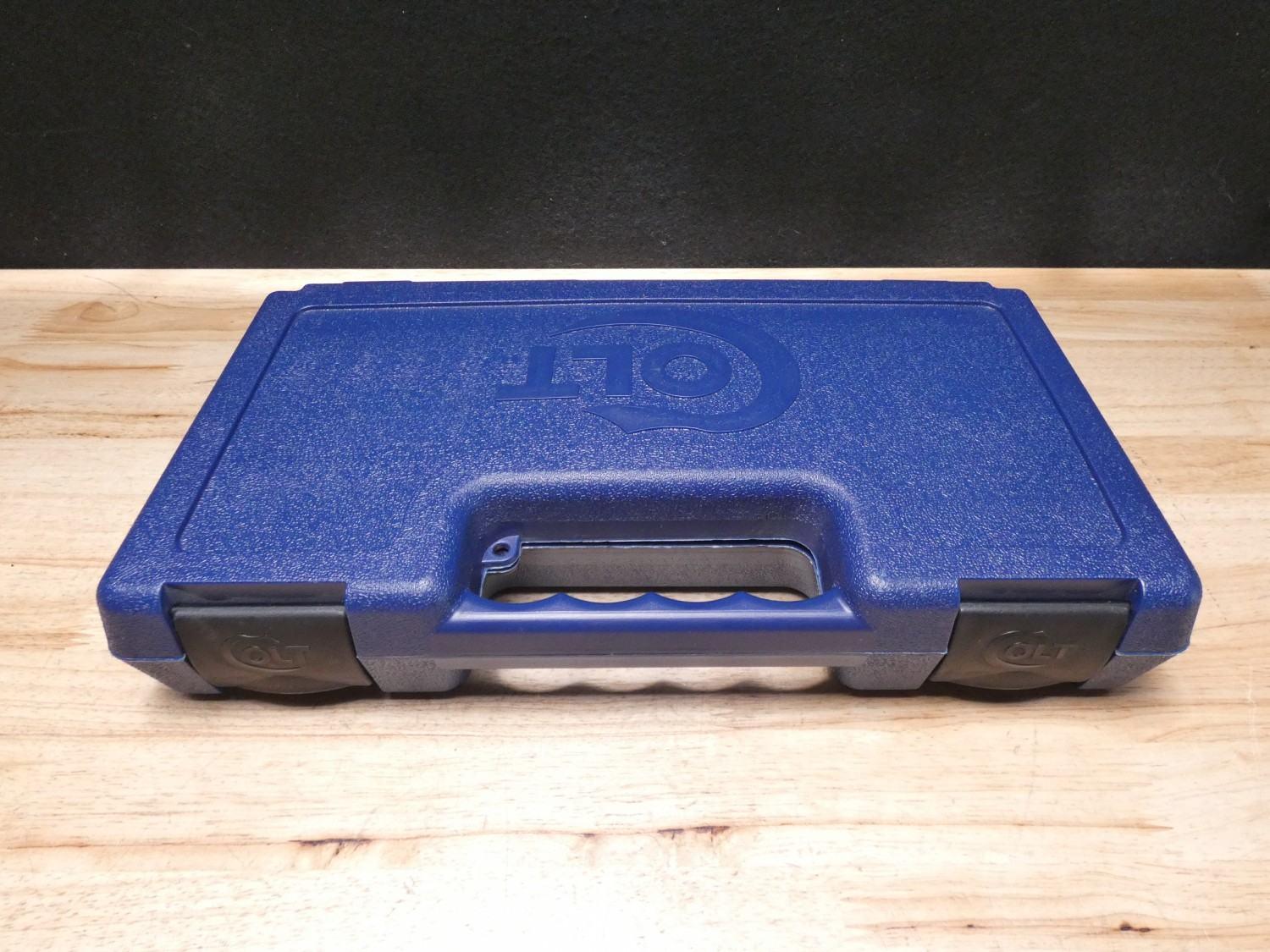 Congress declared the Eagle the official symbol of the United States in 1782. It is the central figure of the Great Seal, the Seal of the President of the United States, the Army, Navy, Air Force, and many official government agencies. The proud Eagle, with piercing eyes, looks over toward the muzzle as his wings wrap around the barrel and slide of this Patriotic Tribute firearm. The wings and body of the eagle are engraved and etched in 24-karat gold, and the head is in silver by craftsmen commissioned specifically by America Remembers for this Tribute.

First adopted by the U.S. navy in 1911, the Colt .45 Pistol has been praised for its endurance, reliability, and accuracy. Durable, powerful, and easy to maintain, the Colt .45 Pistol proved ideally suited for battle conditions. It occupies a position of respect unparalleled in the world of military firearms. Colt’s historical consultant and author R. L. Wilson wrote, “More collectors pursue the Model 1911 and its variations than any other automatic Colt.”

This pistol comes with one magazine and the original Colt Box.