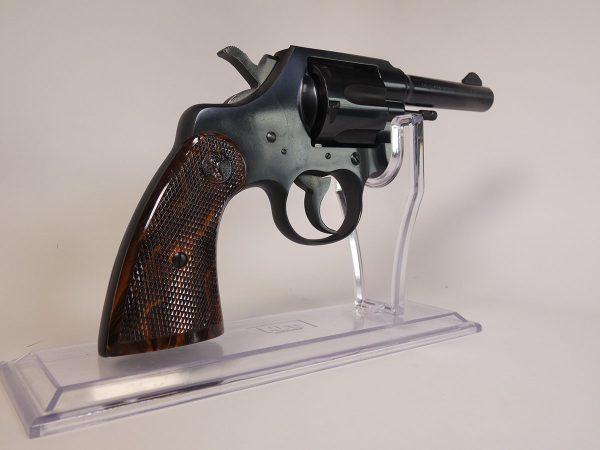 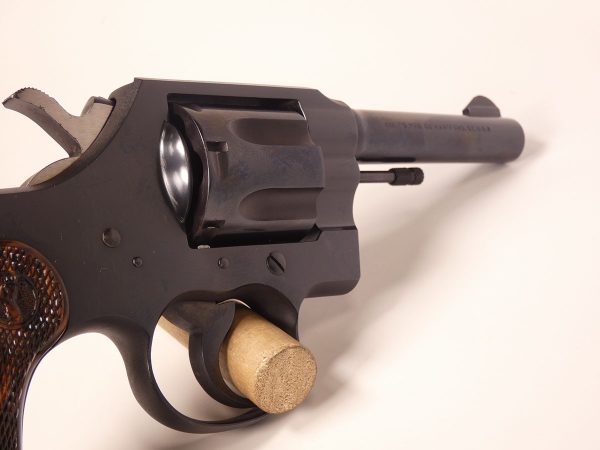 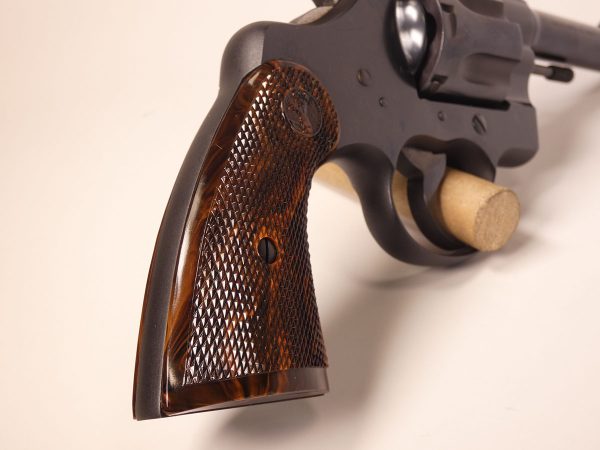 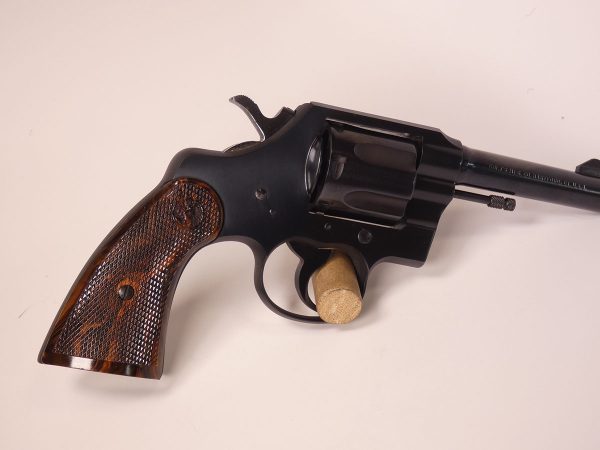 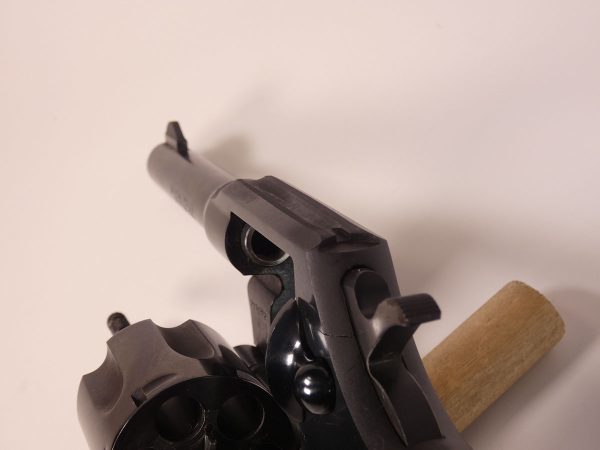 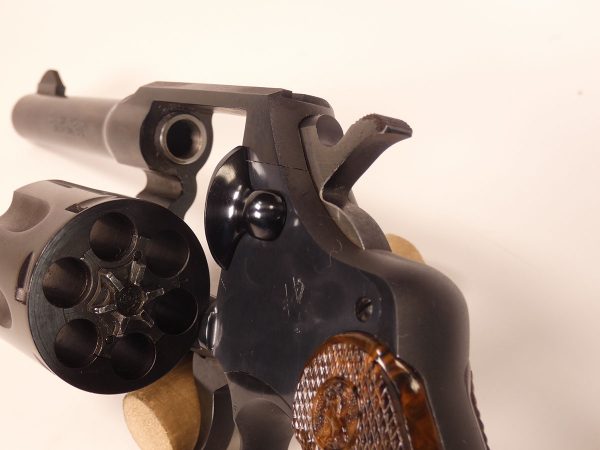 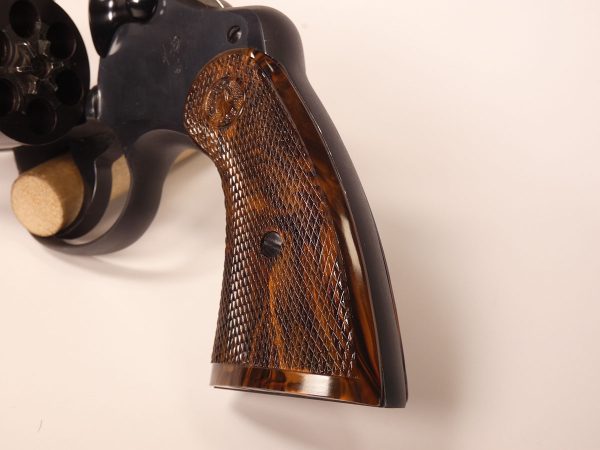 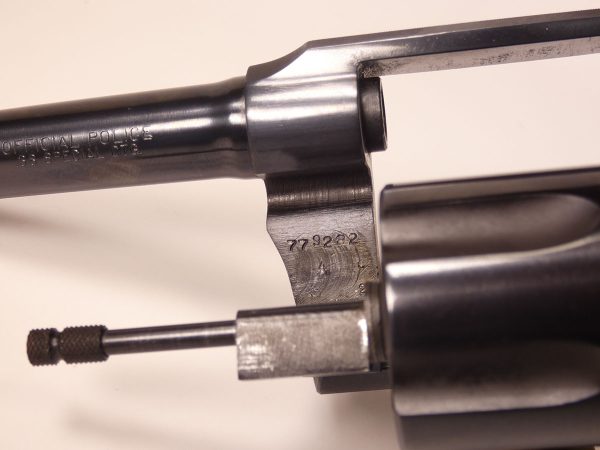 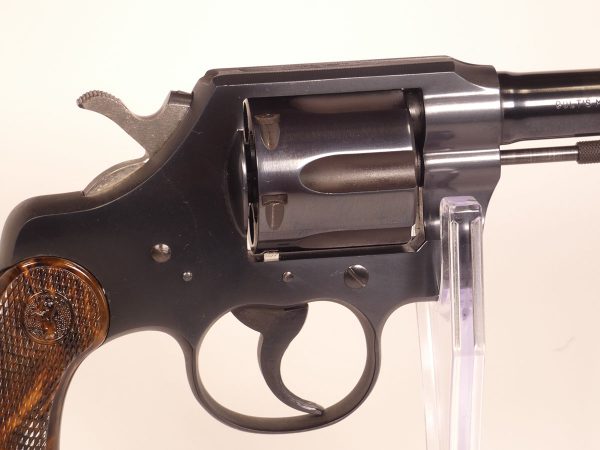 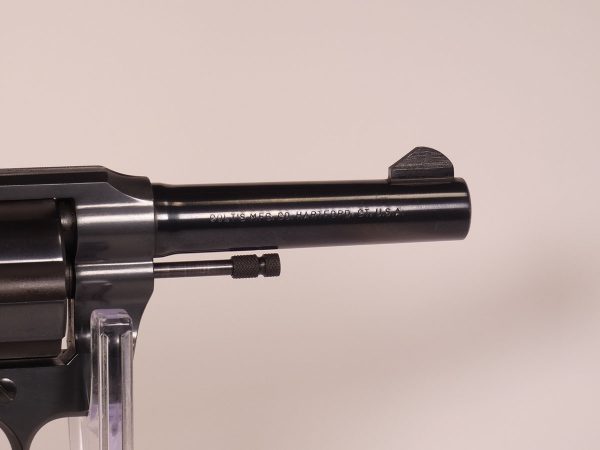 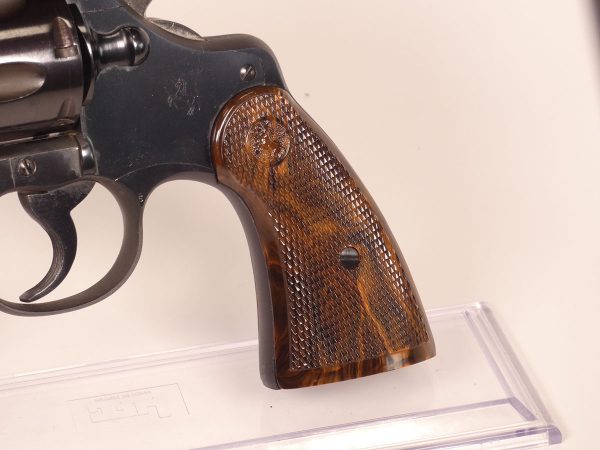 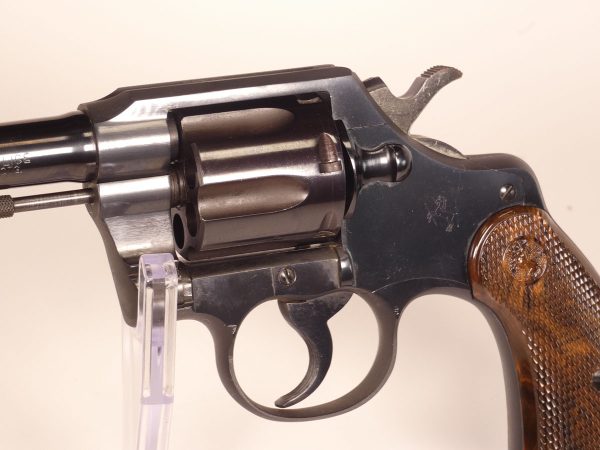 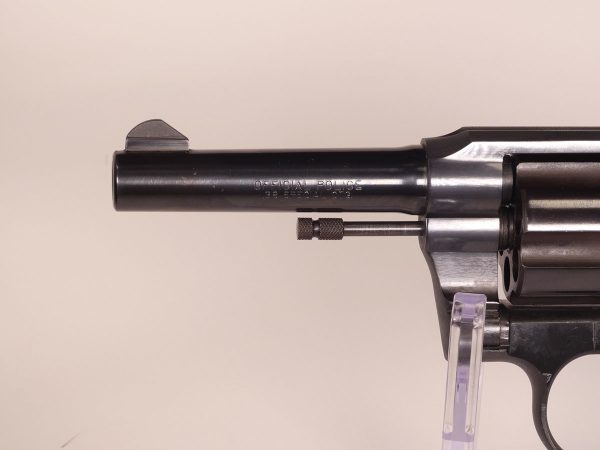 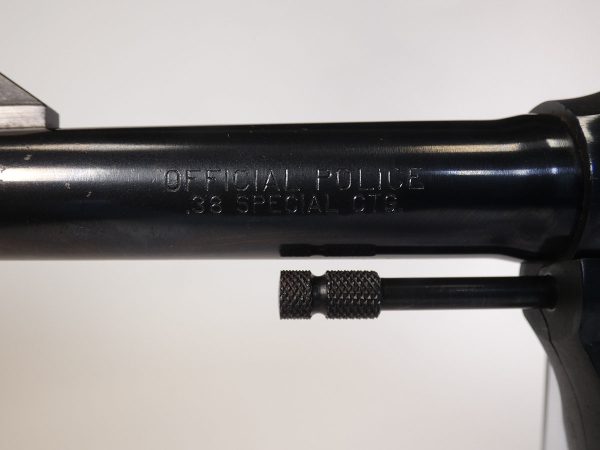 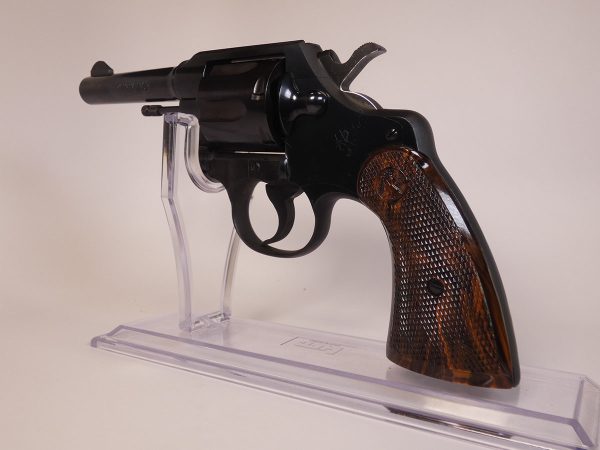 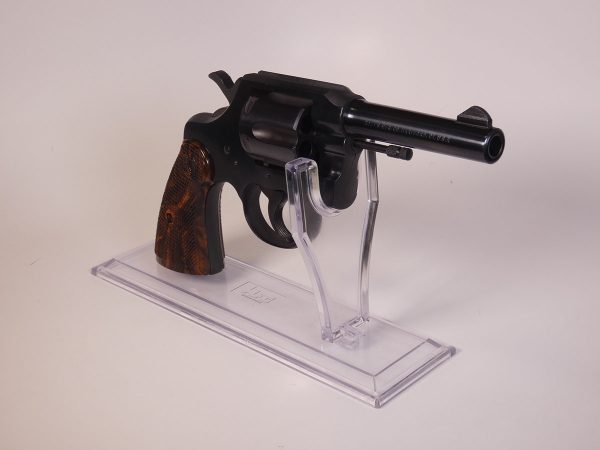 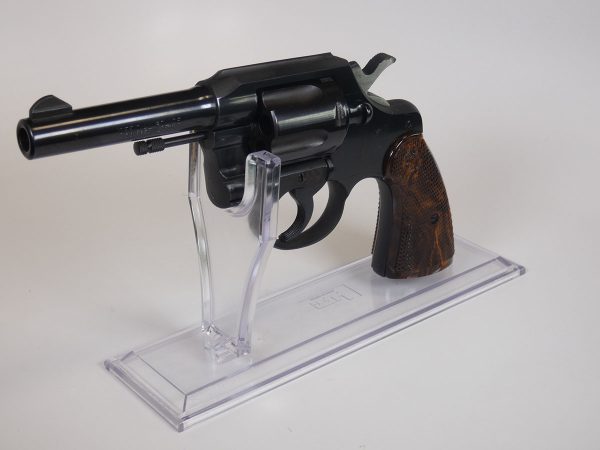 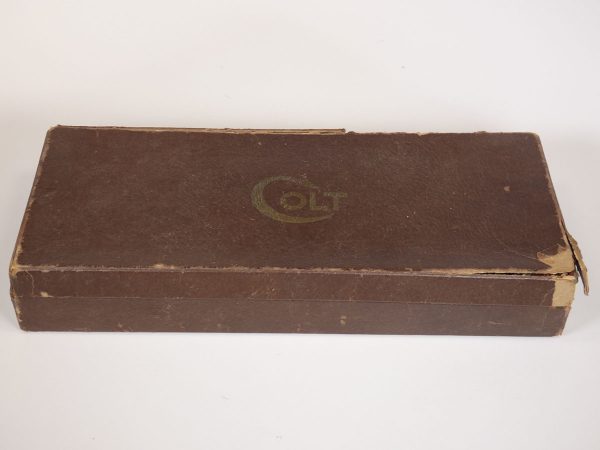 Colt Official Police in .38 Special. manufacture date of 1950. This revolver is in outstanding condition, with excellent bluing. For an almost 70 year old firearm there is very little wear. We’re not 100% but the grips are Colt marked and appear to be original with the gun. The timing and lockup on the revolver is correct and tight. The original box is included with the gun. 4″ barrel.