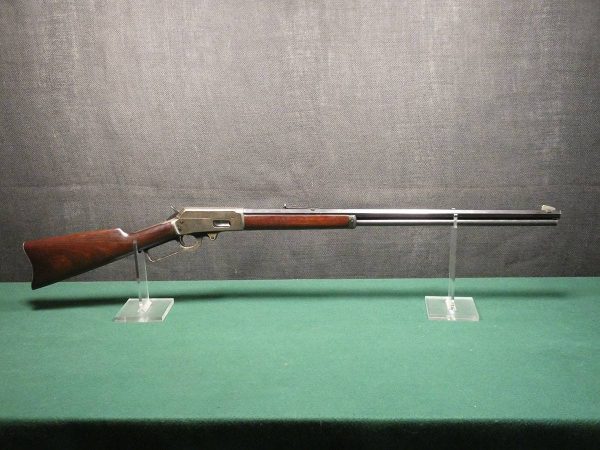 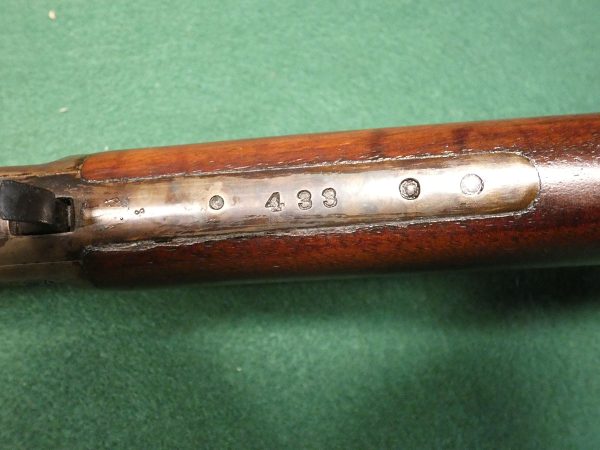 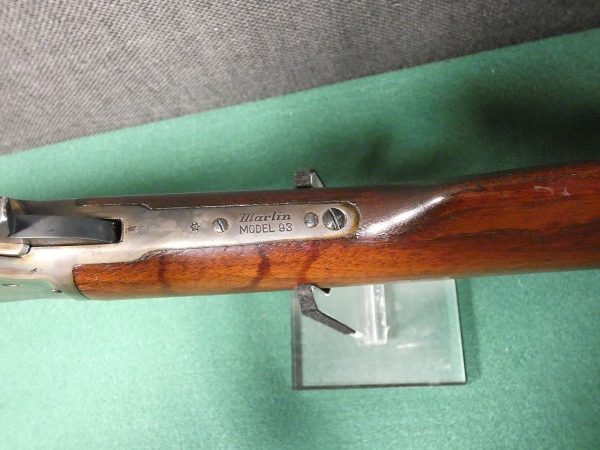 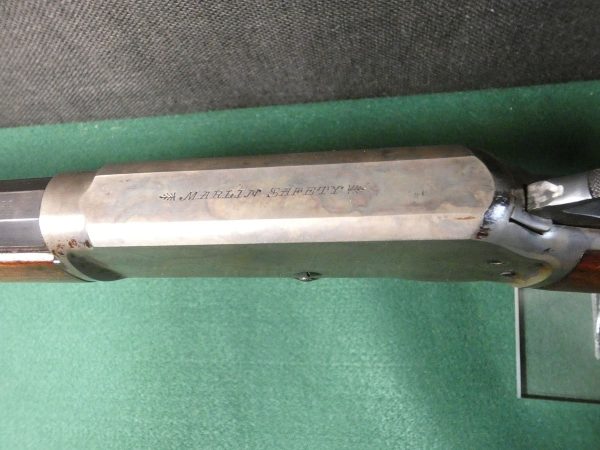 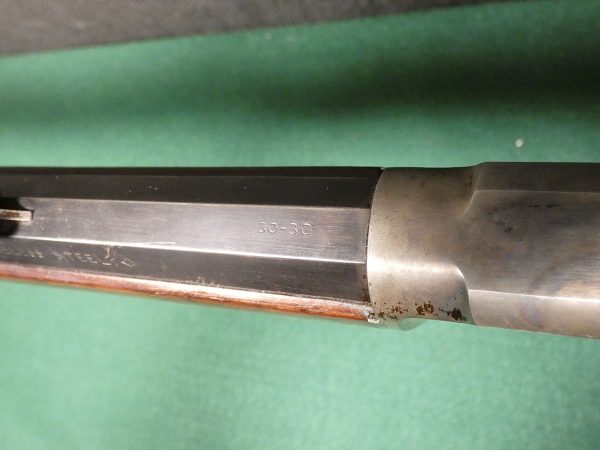 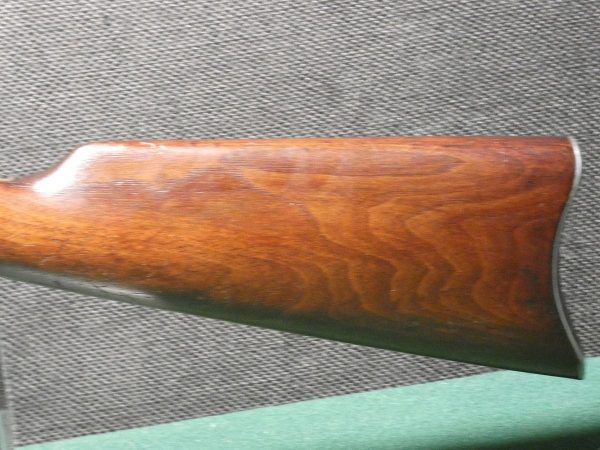 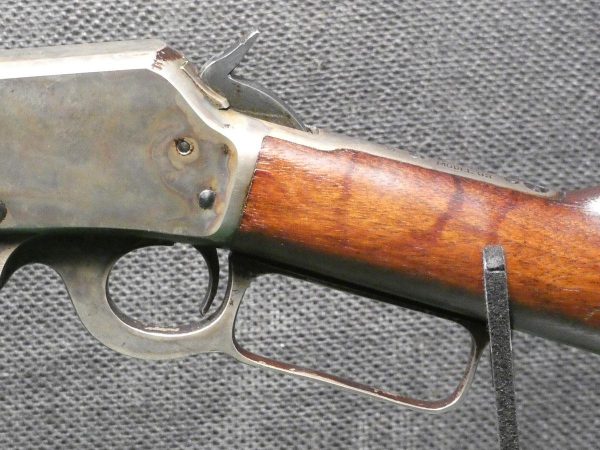 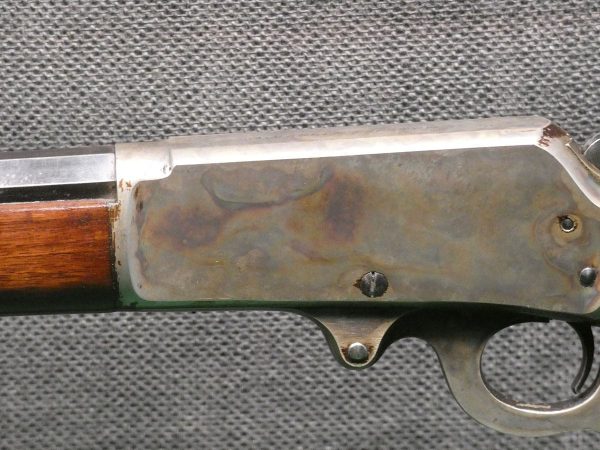 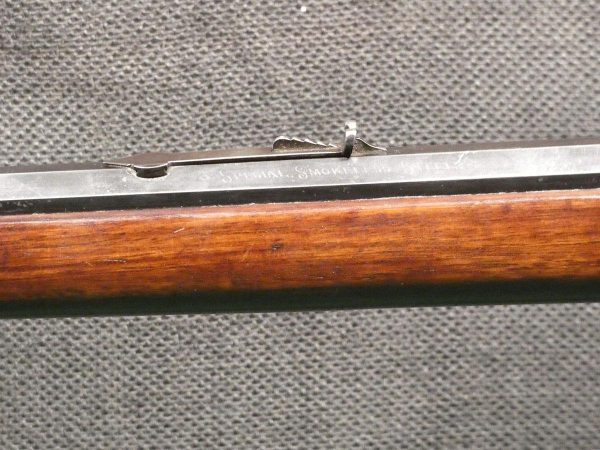 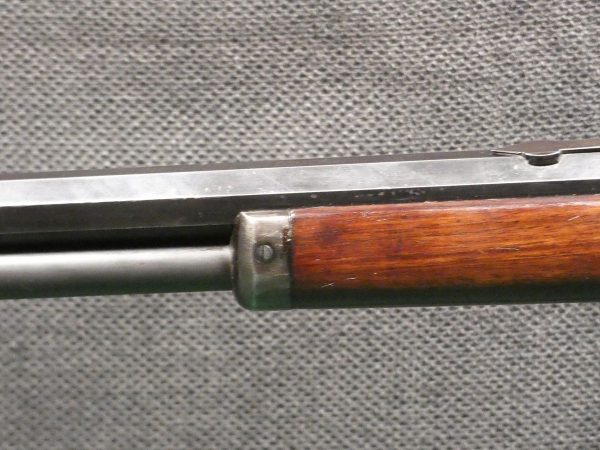 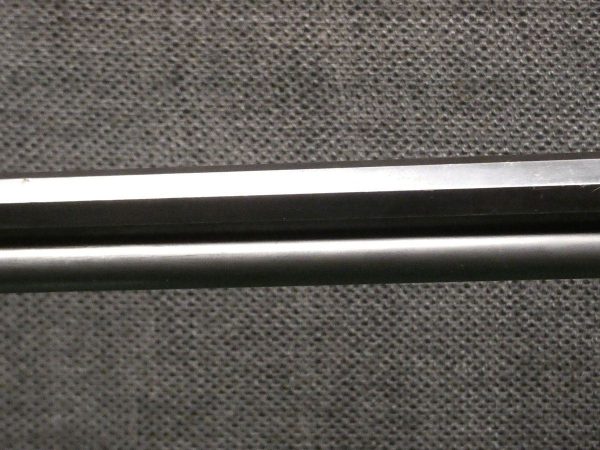 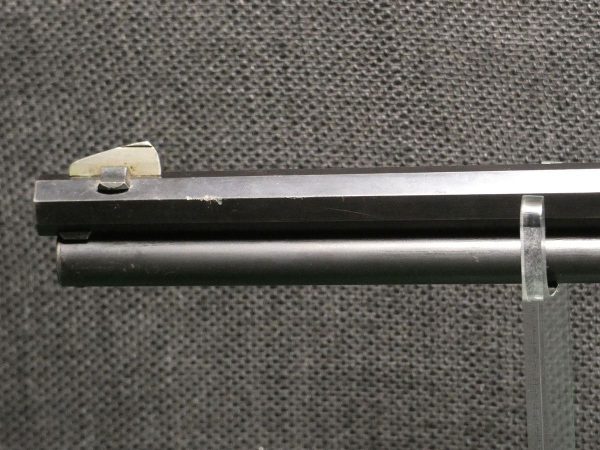 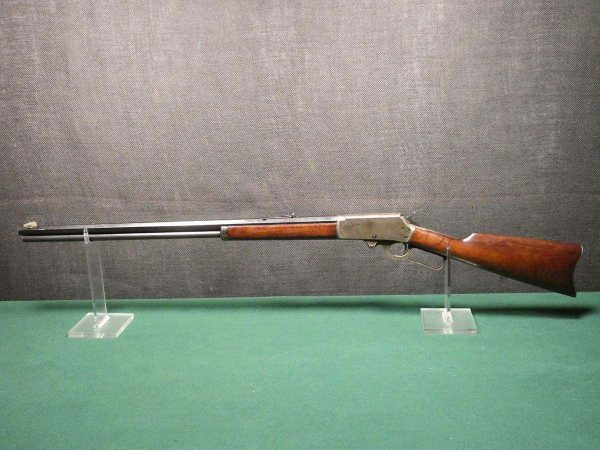 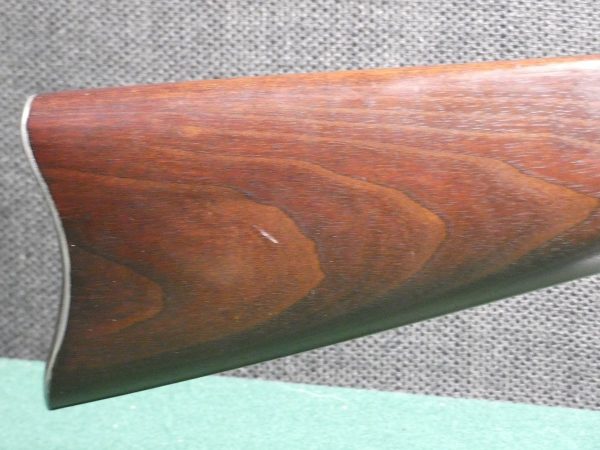 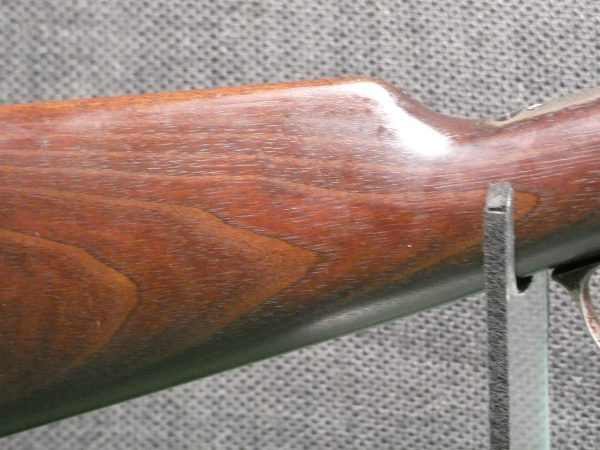 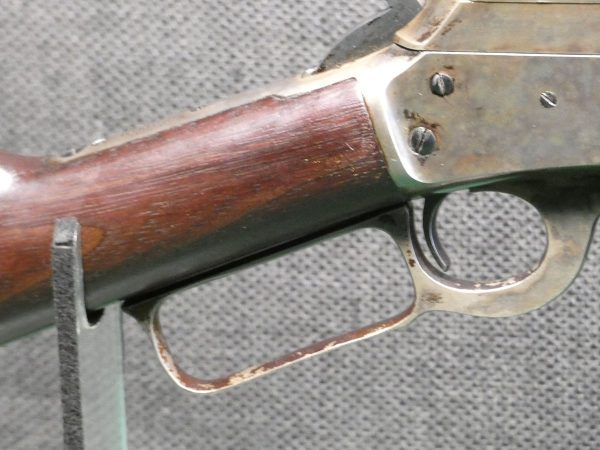 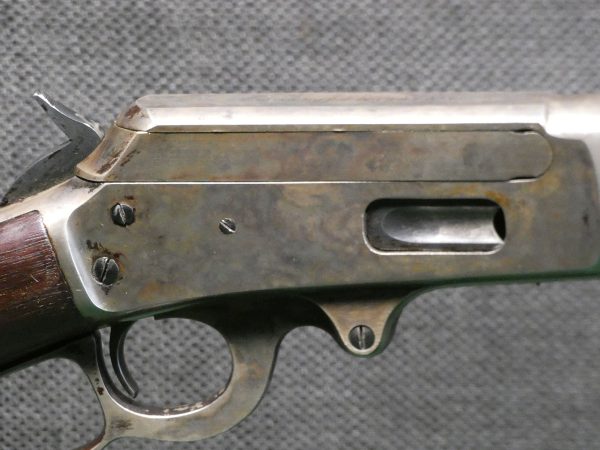 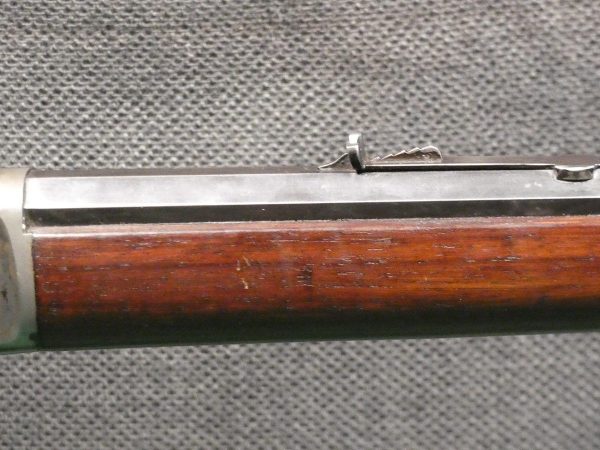 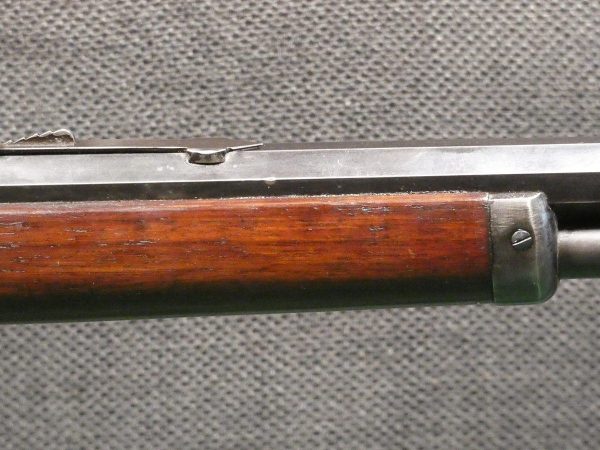 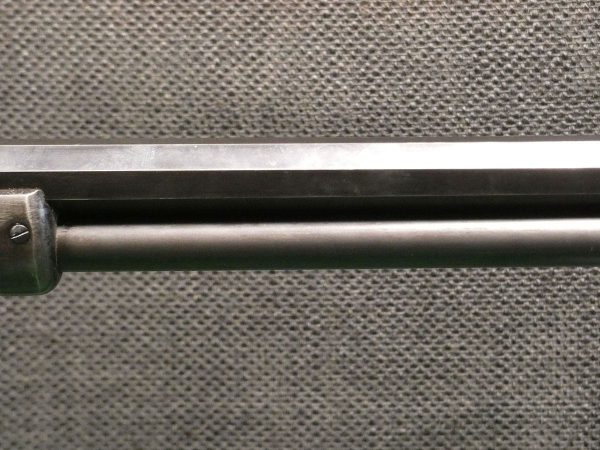 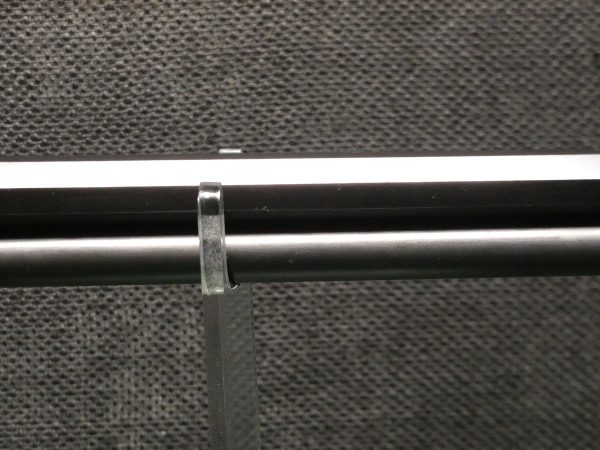 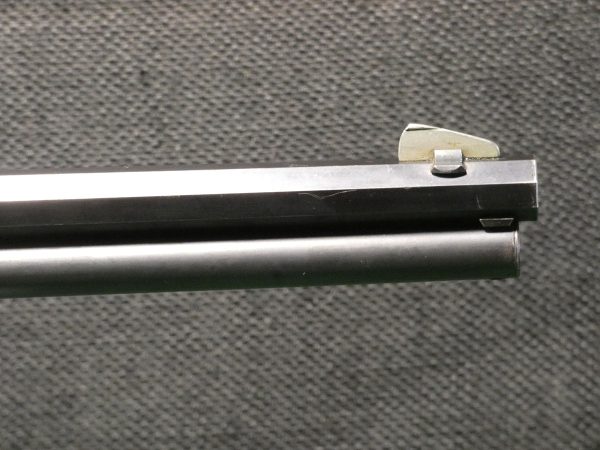 Marlin christened the improved lever-action the Model 1893, and offered it as a rifle or a saddle-ring carbine, both featuring casehardened receivers and sporting blued Ballard match-grade barrels In 1895, Marlin began chambering its Model 1893 for smokeless powder cartridges, including .30-30 Winchester as seen here.

In 1905, the Model 1893 nomenclature changed to “Model 93,” saddle rings were optional and barrels were stamped “Special Smokeless Steel.” In time, the Model 93 became the Model 36, and then the 336, which remains in the line today, although, due to recent ownership changes, the lever-actions are made now in Ilion, N.Y., not Connecticut.

With faint traces of color-casehardening on a graying receiver, a dark, slightly rough bore that still retains distinct rifling and a tight action with no major flaws in metal or wood, the shootable and increasingly collectible carbine shown here is a great piece of firearm history.