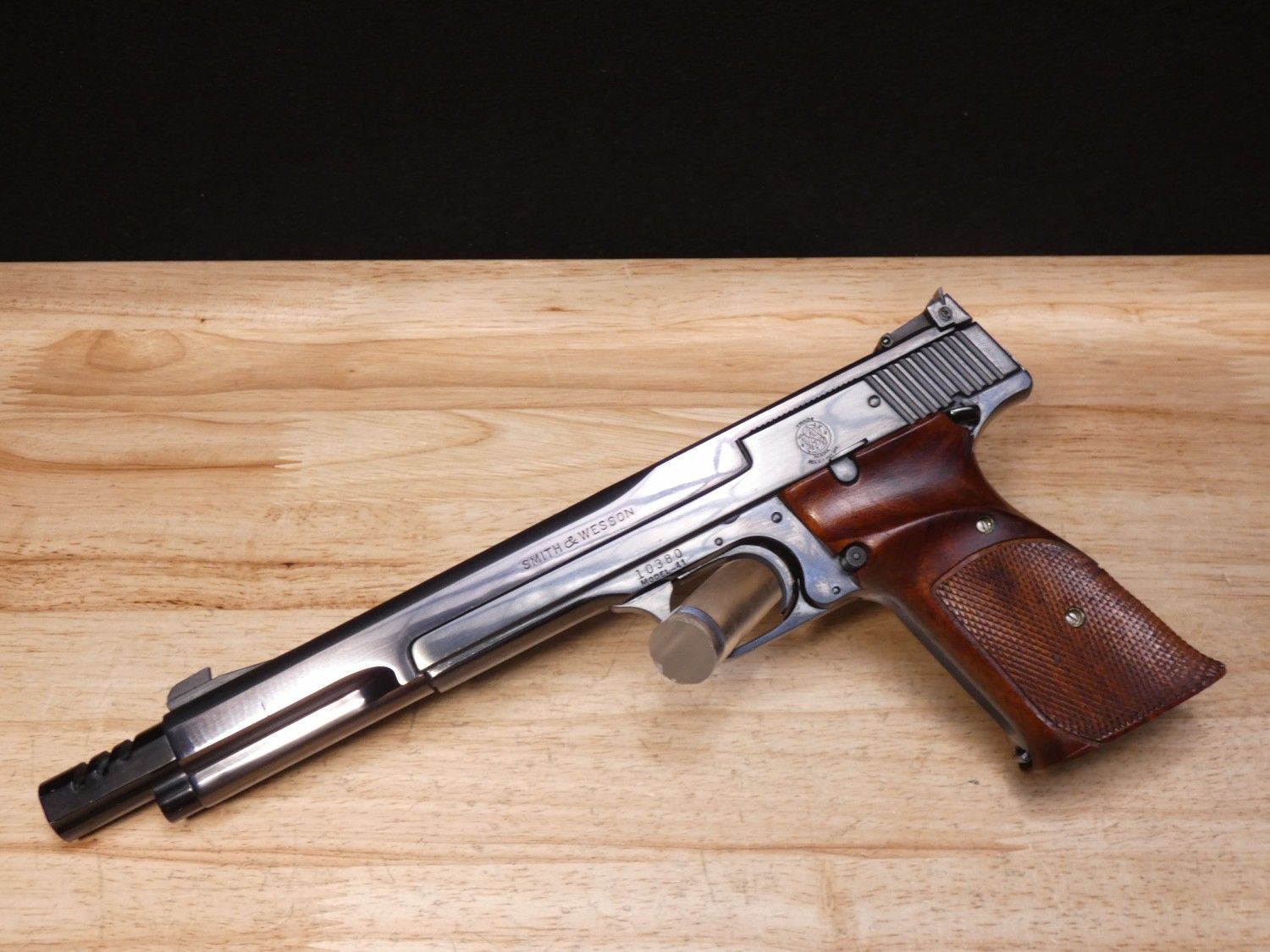 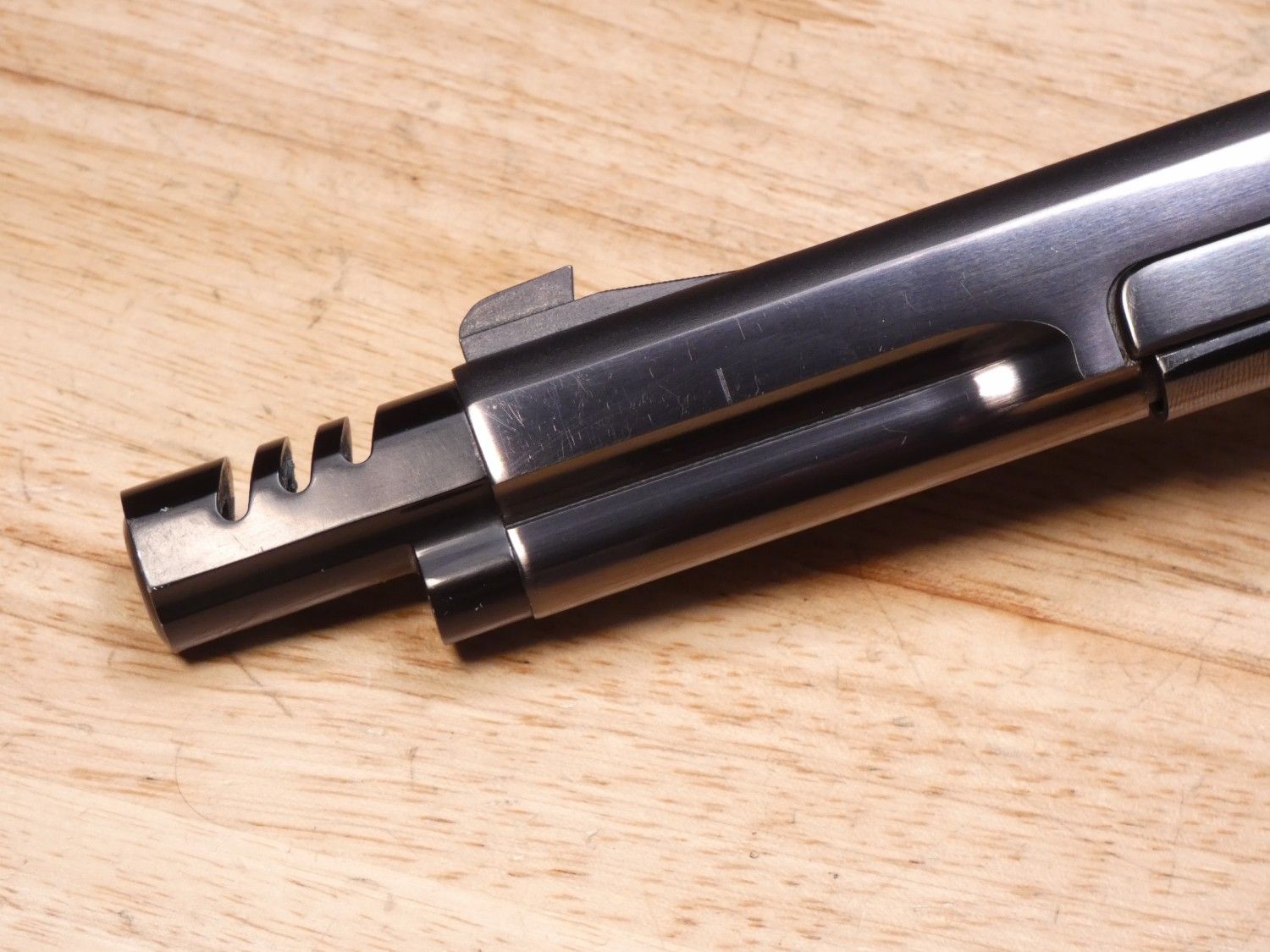 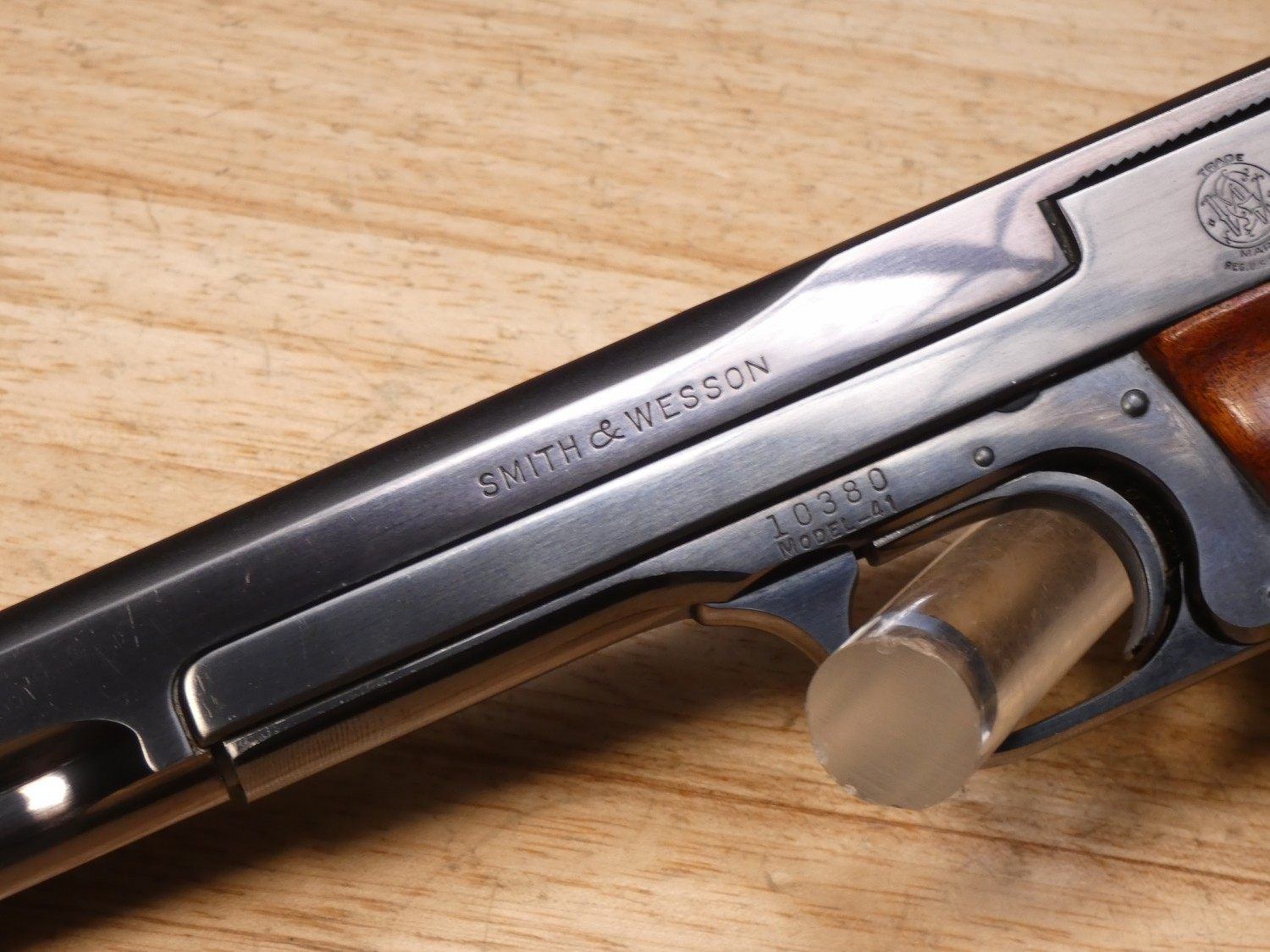 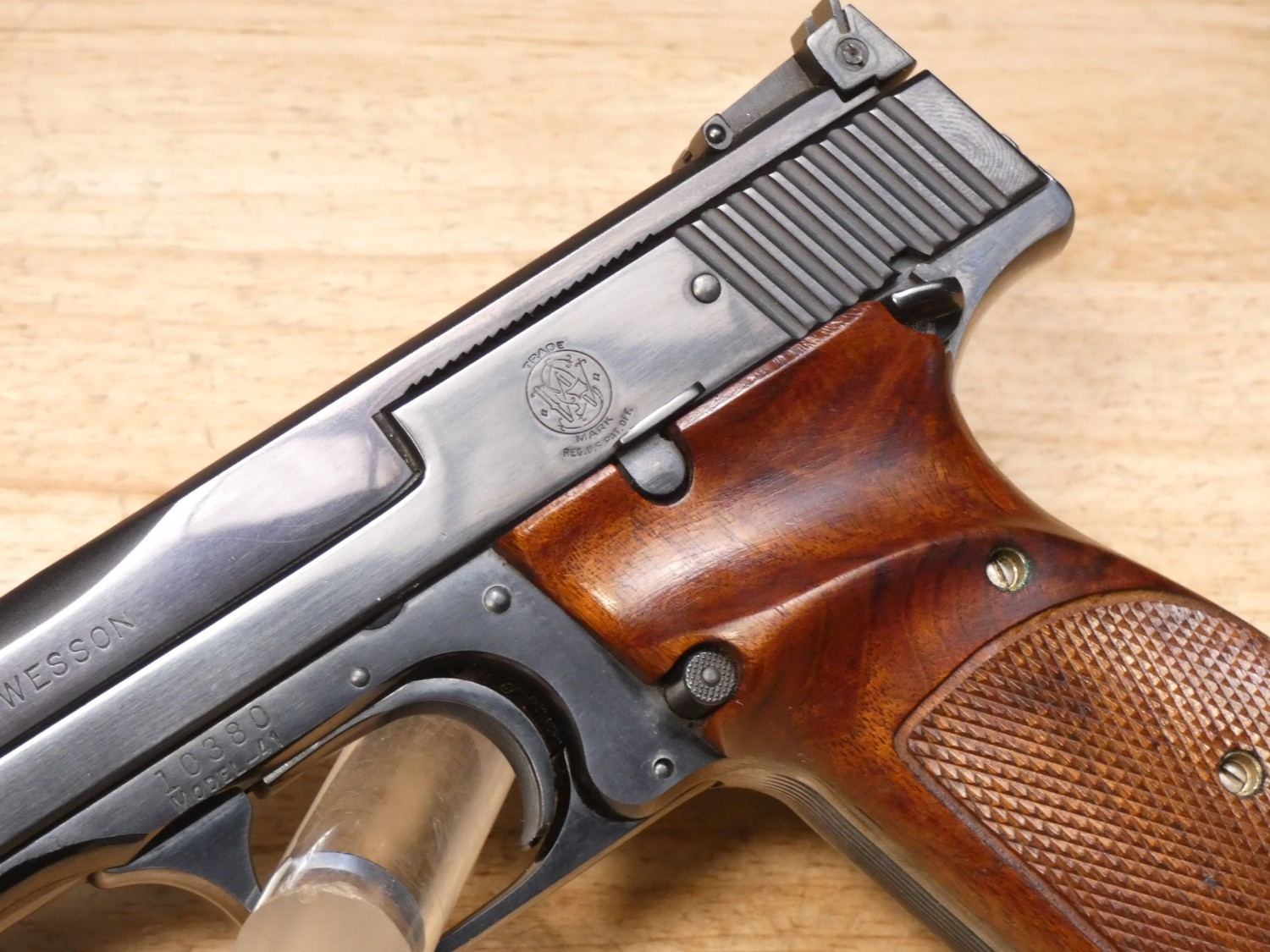 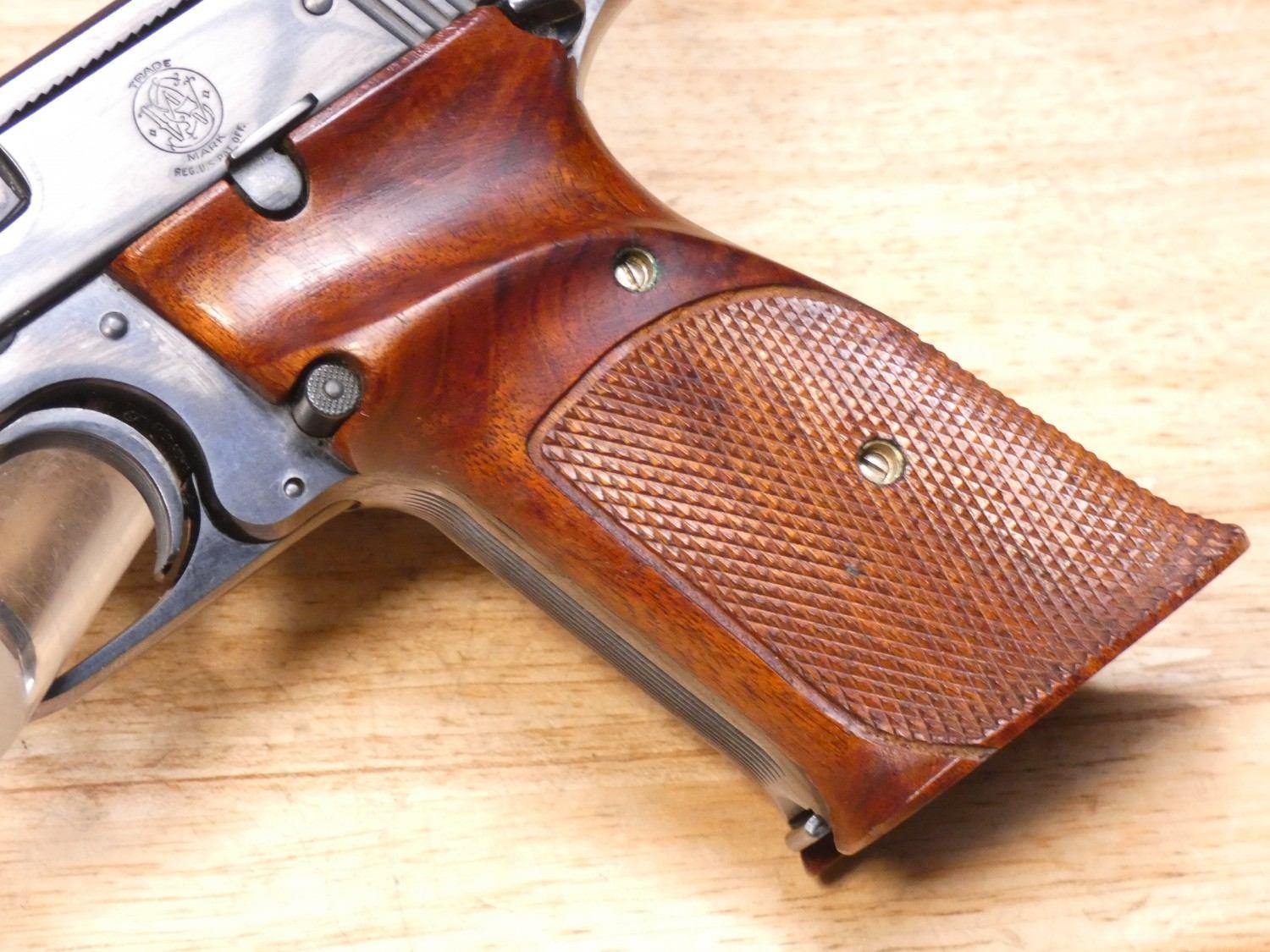 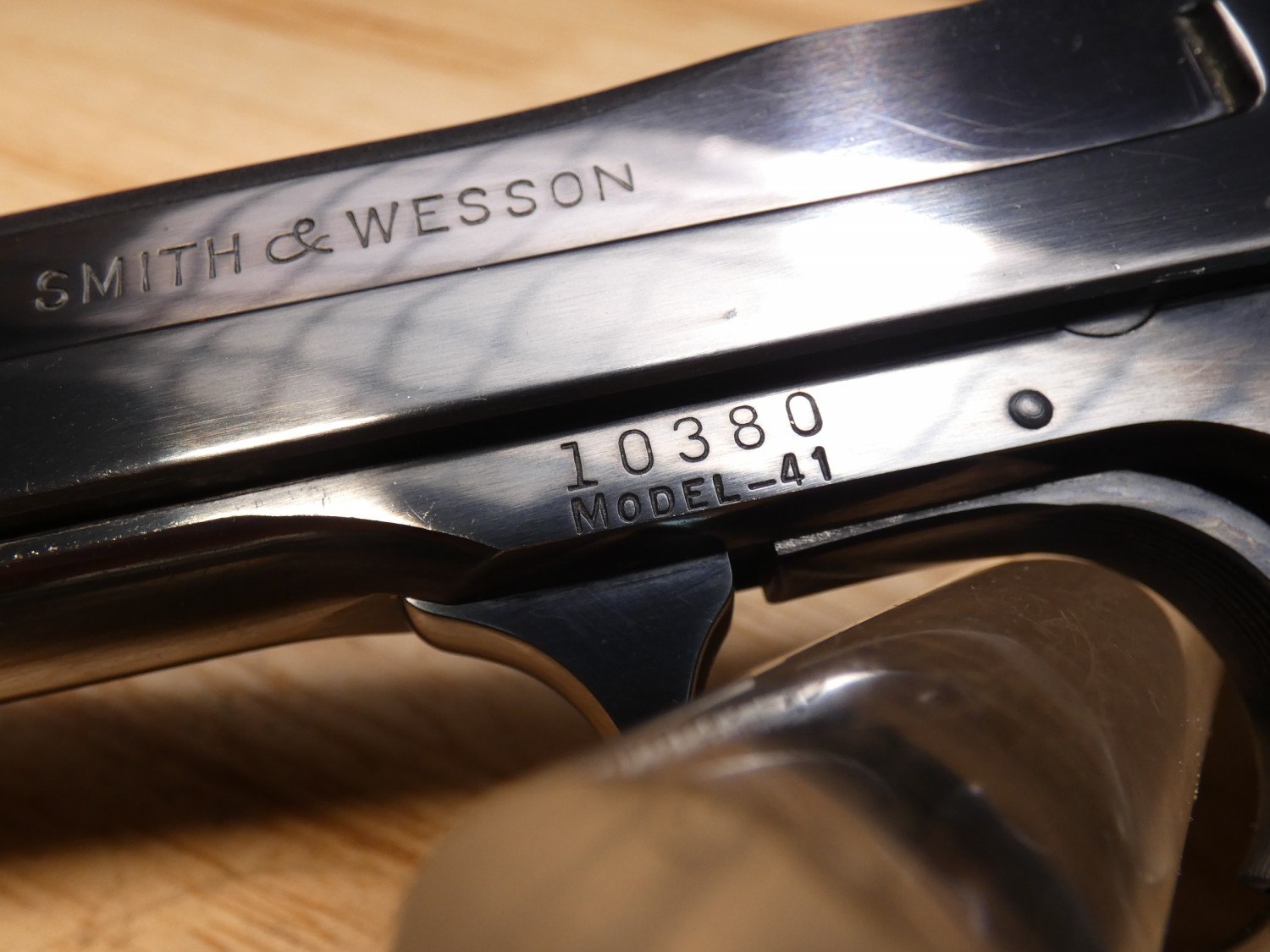 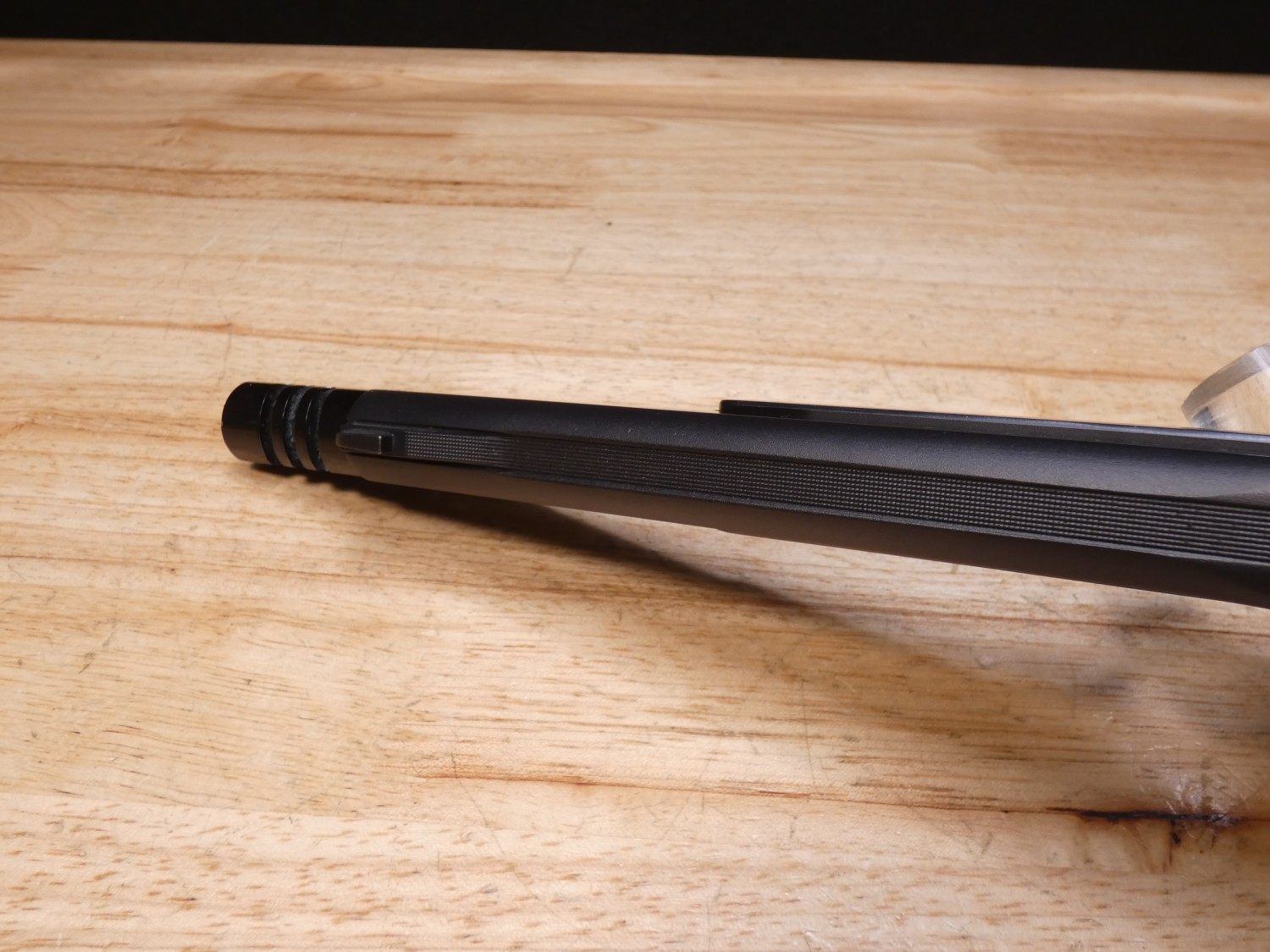 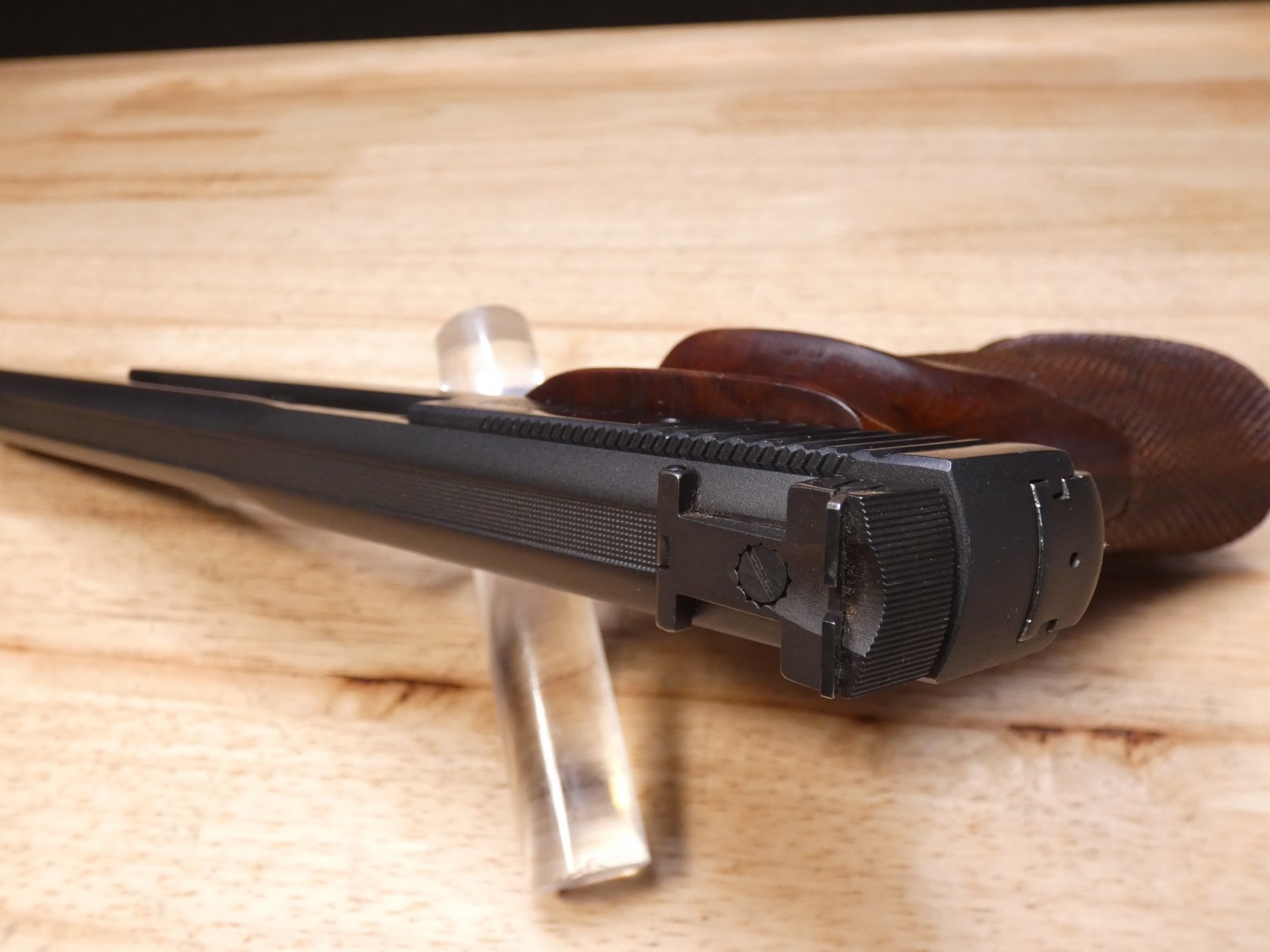 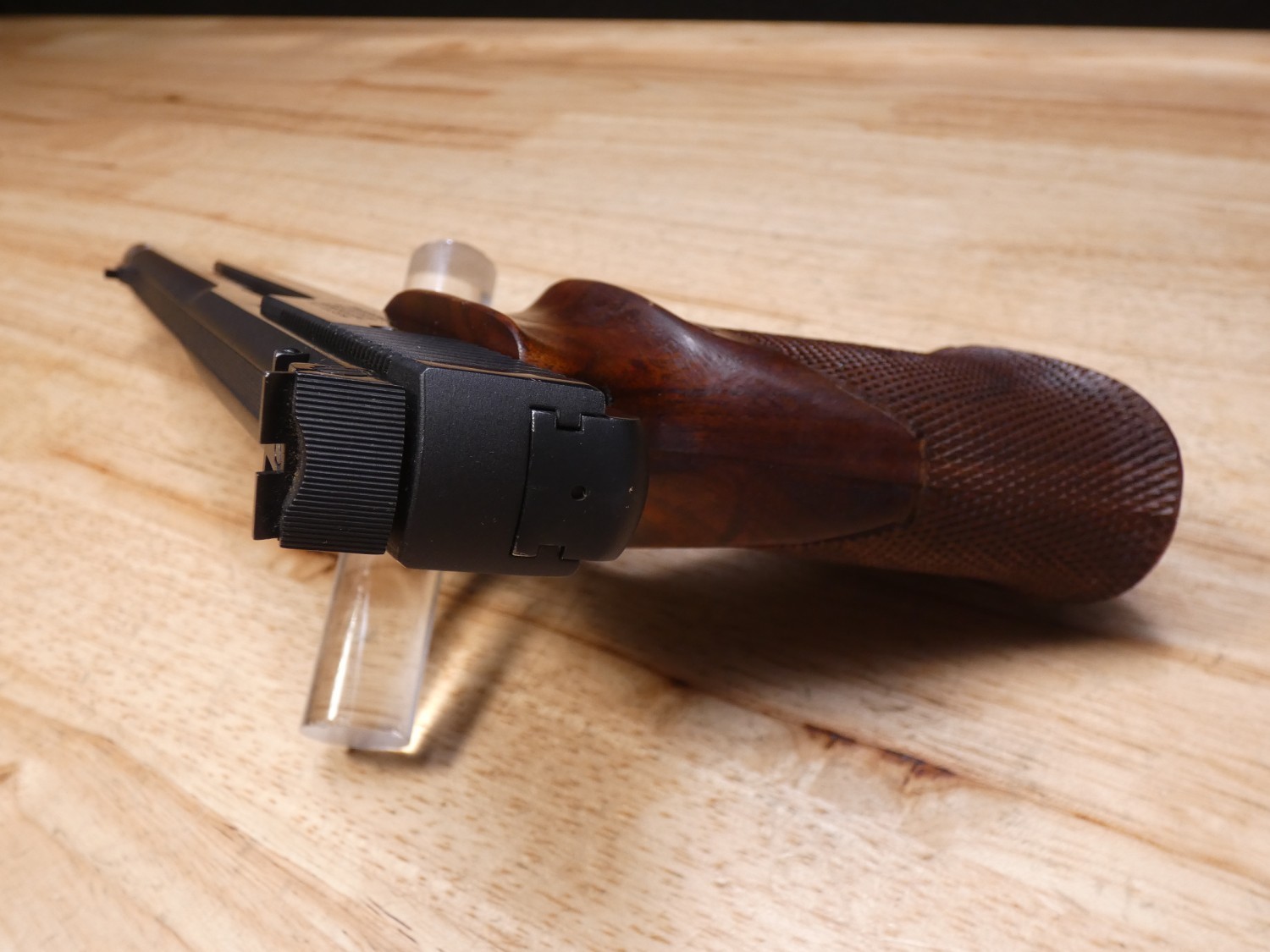 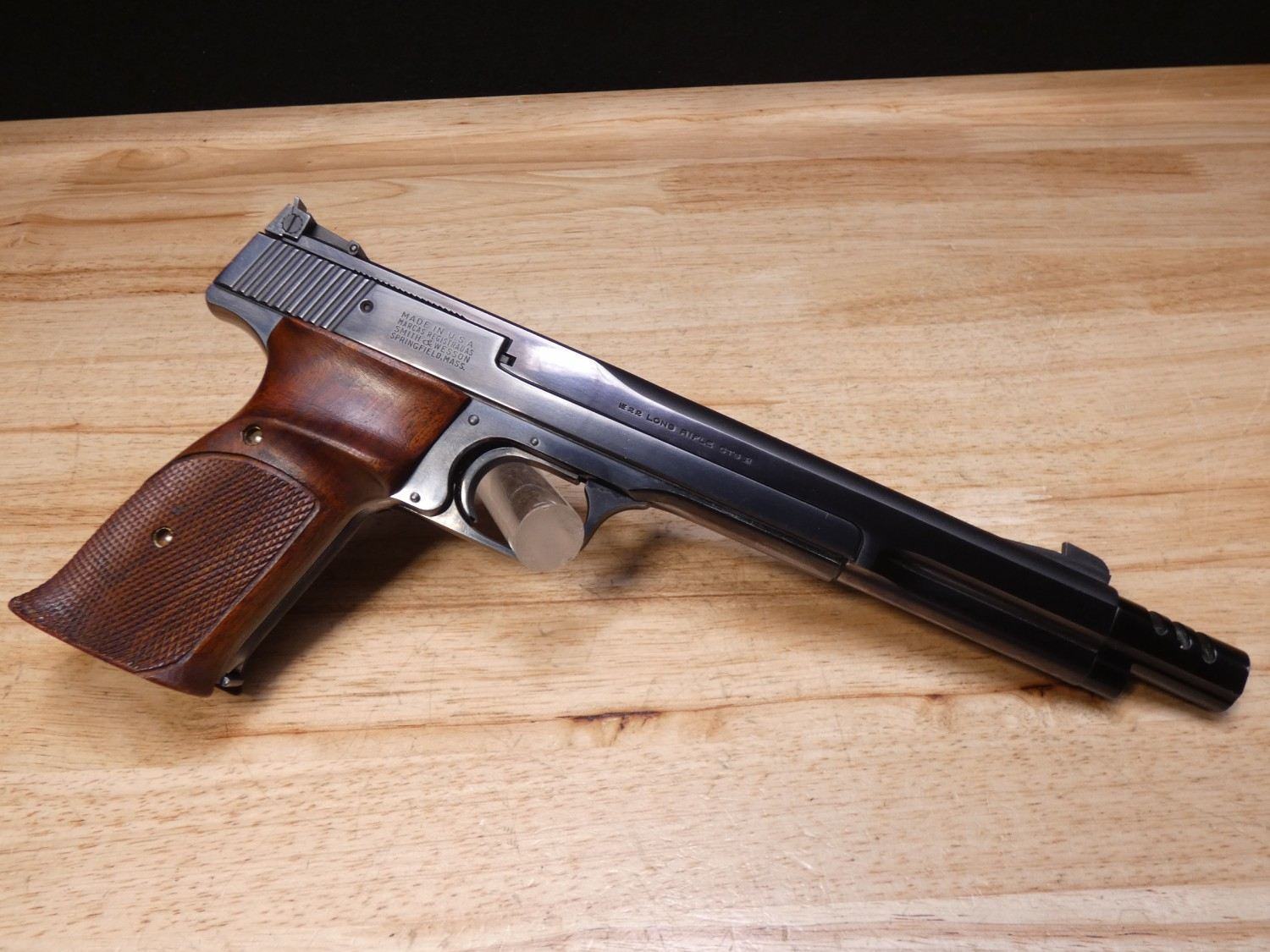 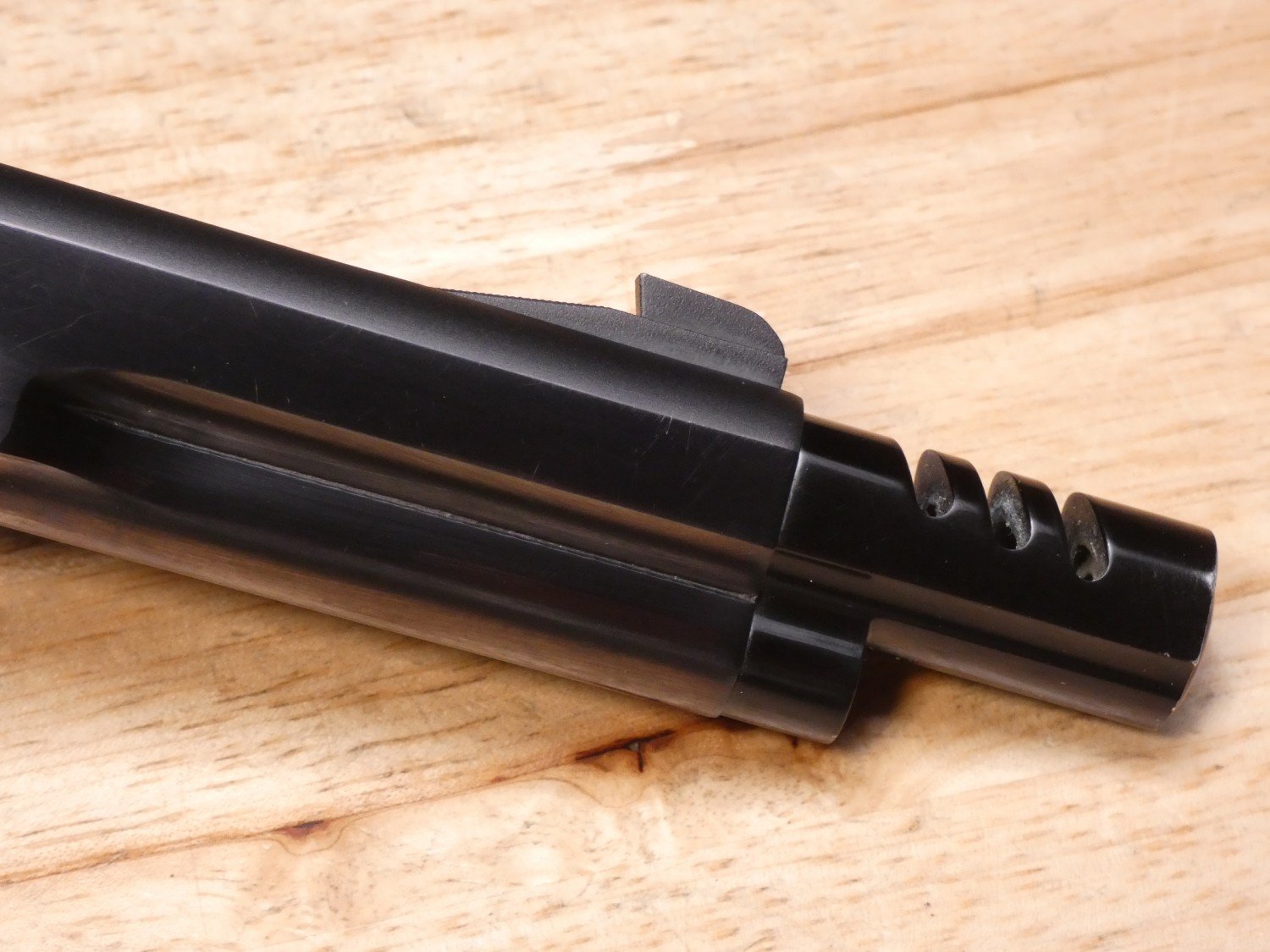 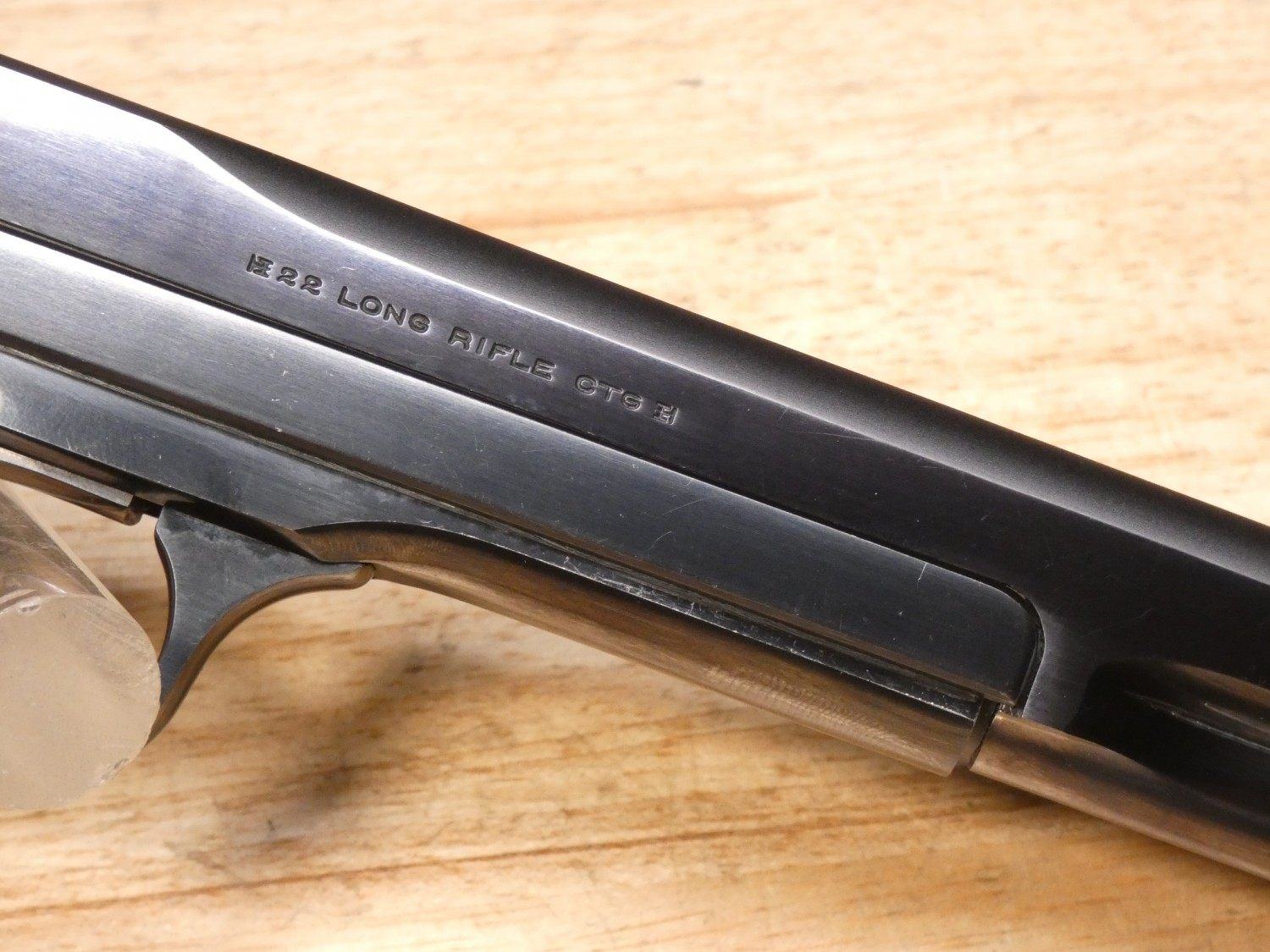 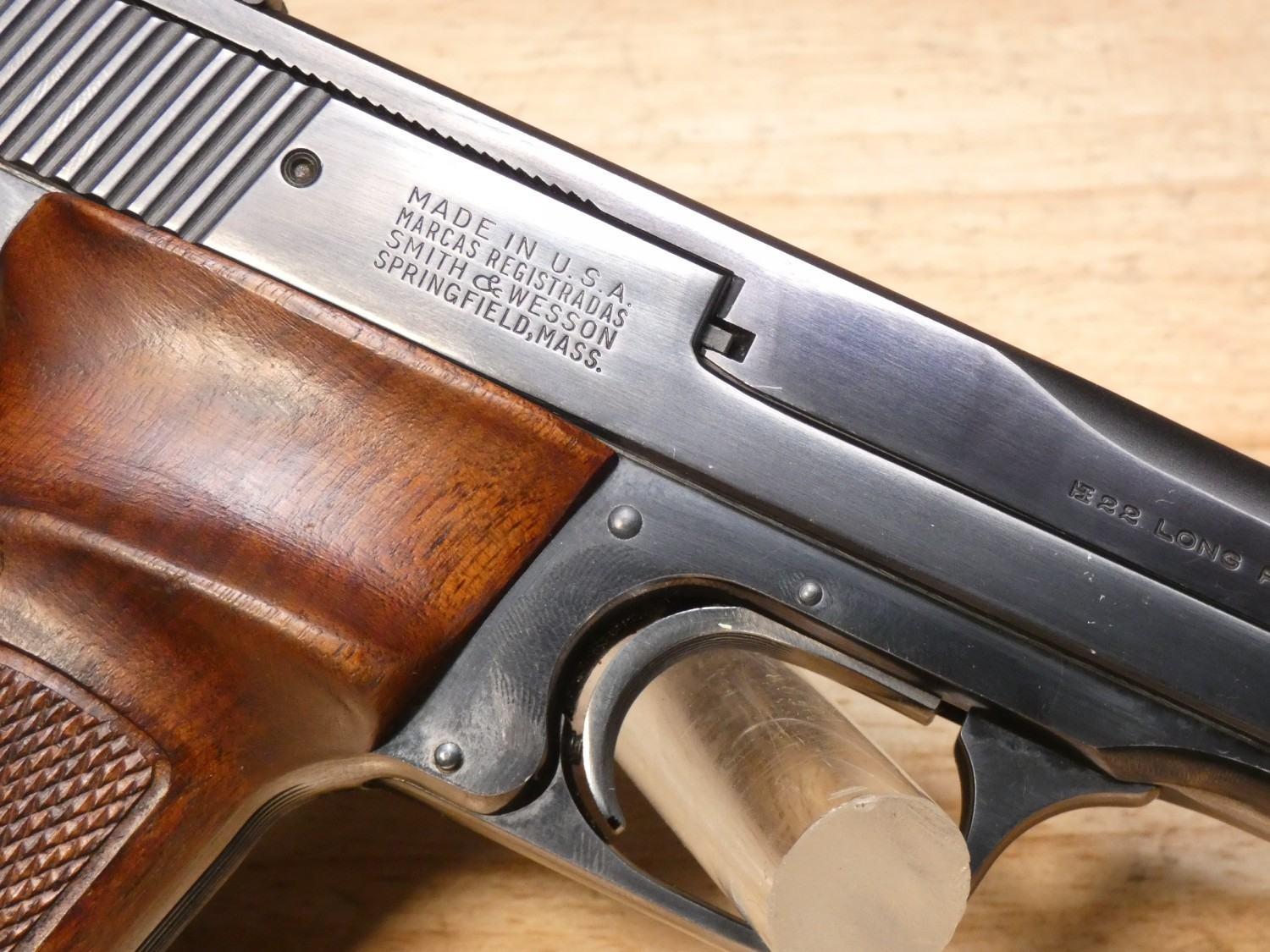 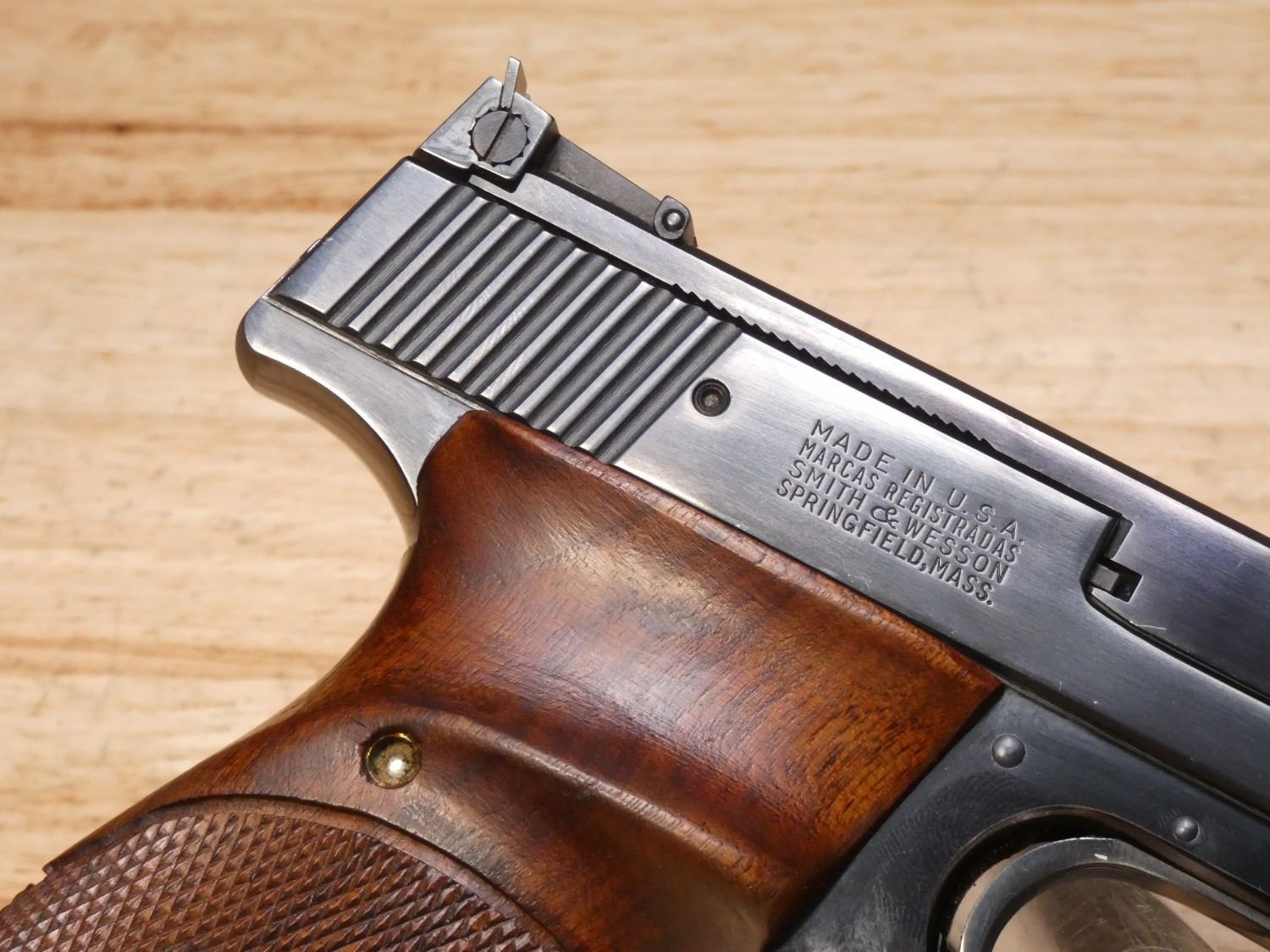 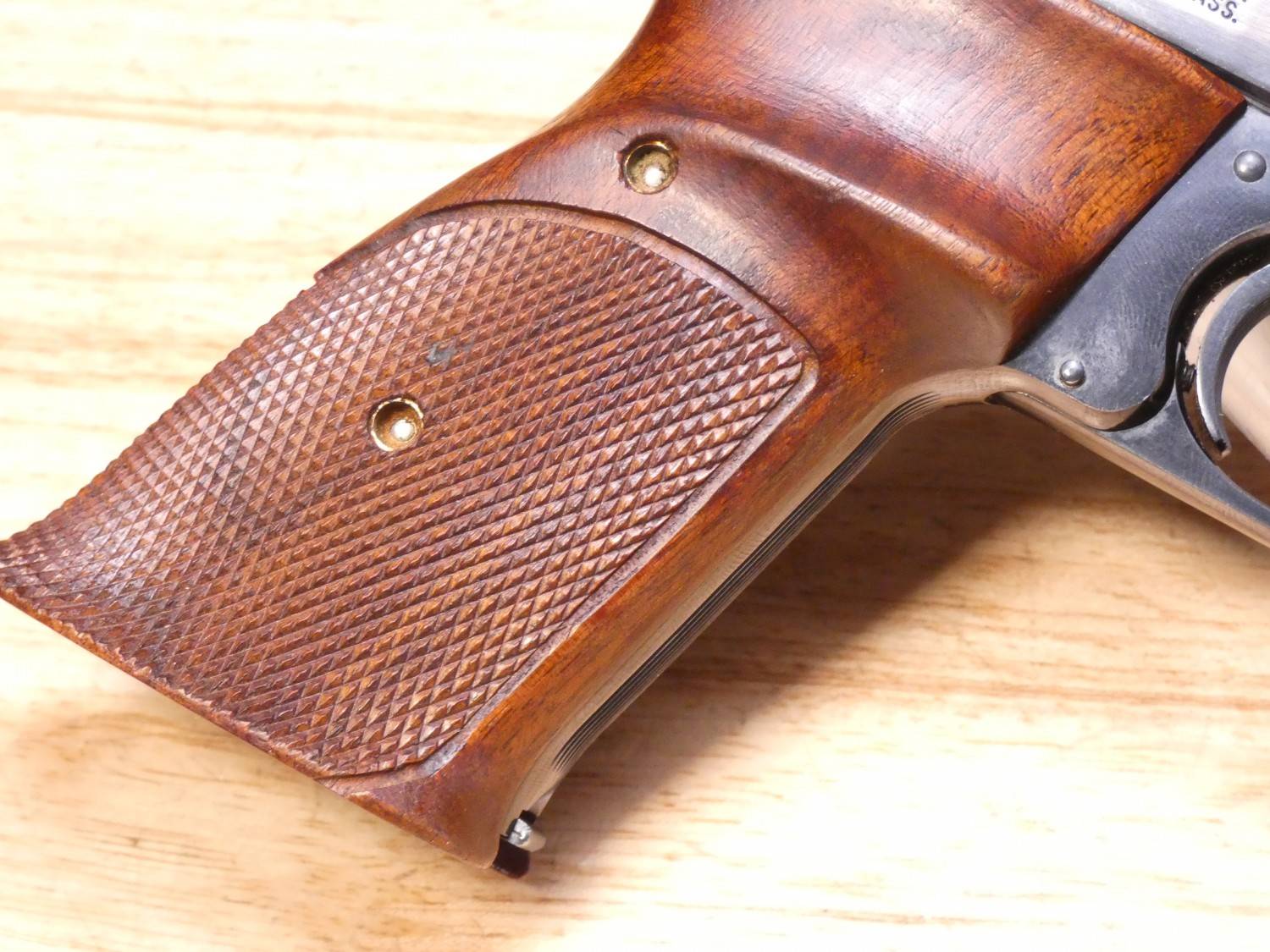 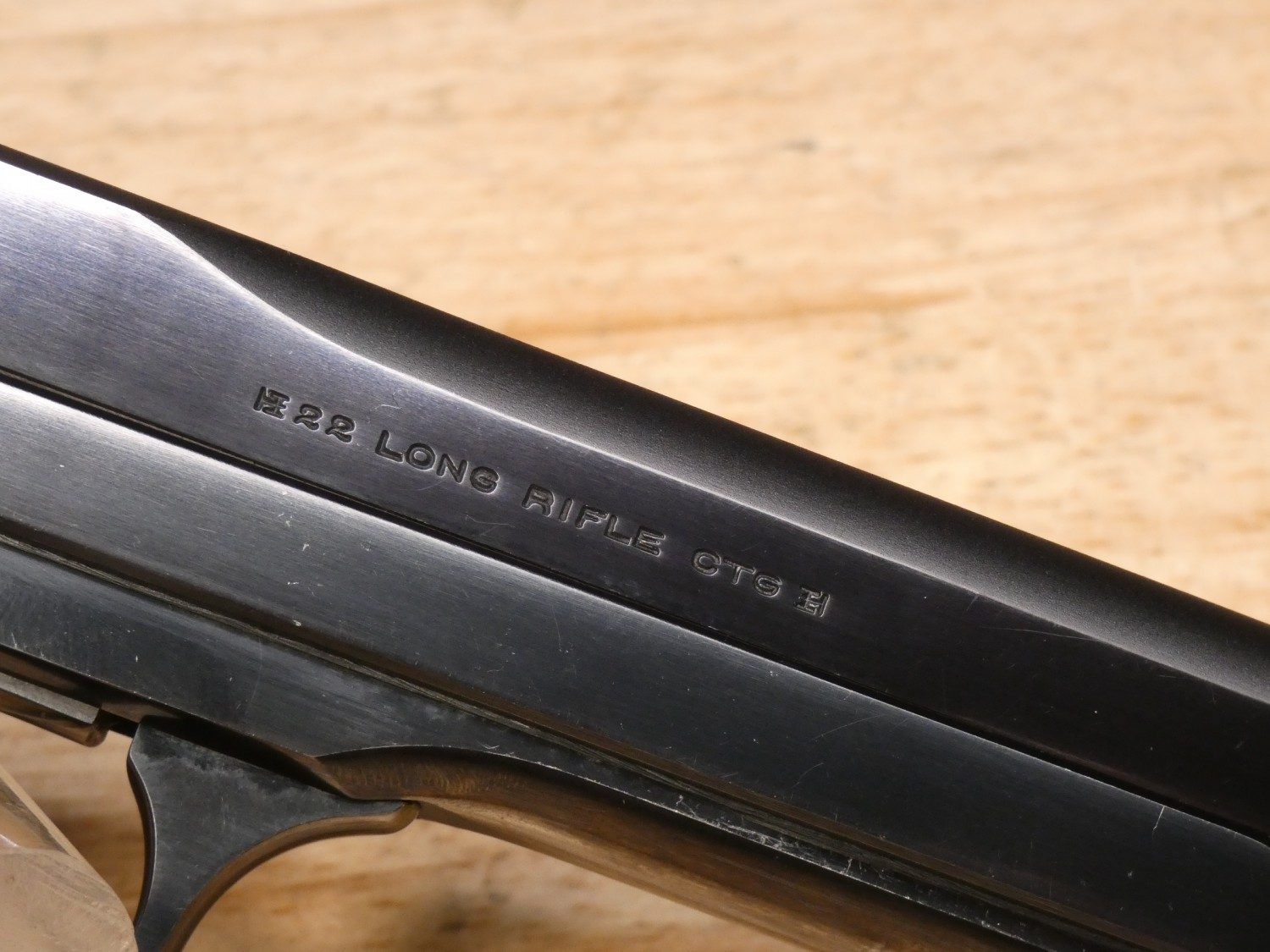 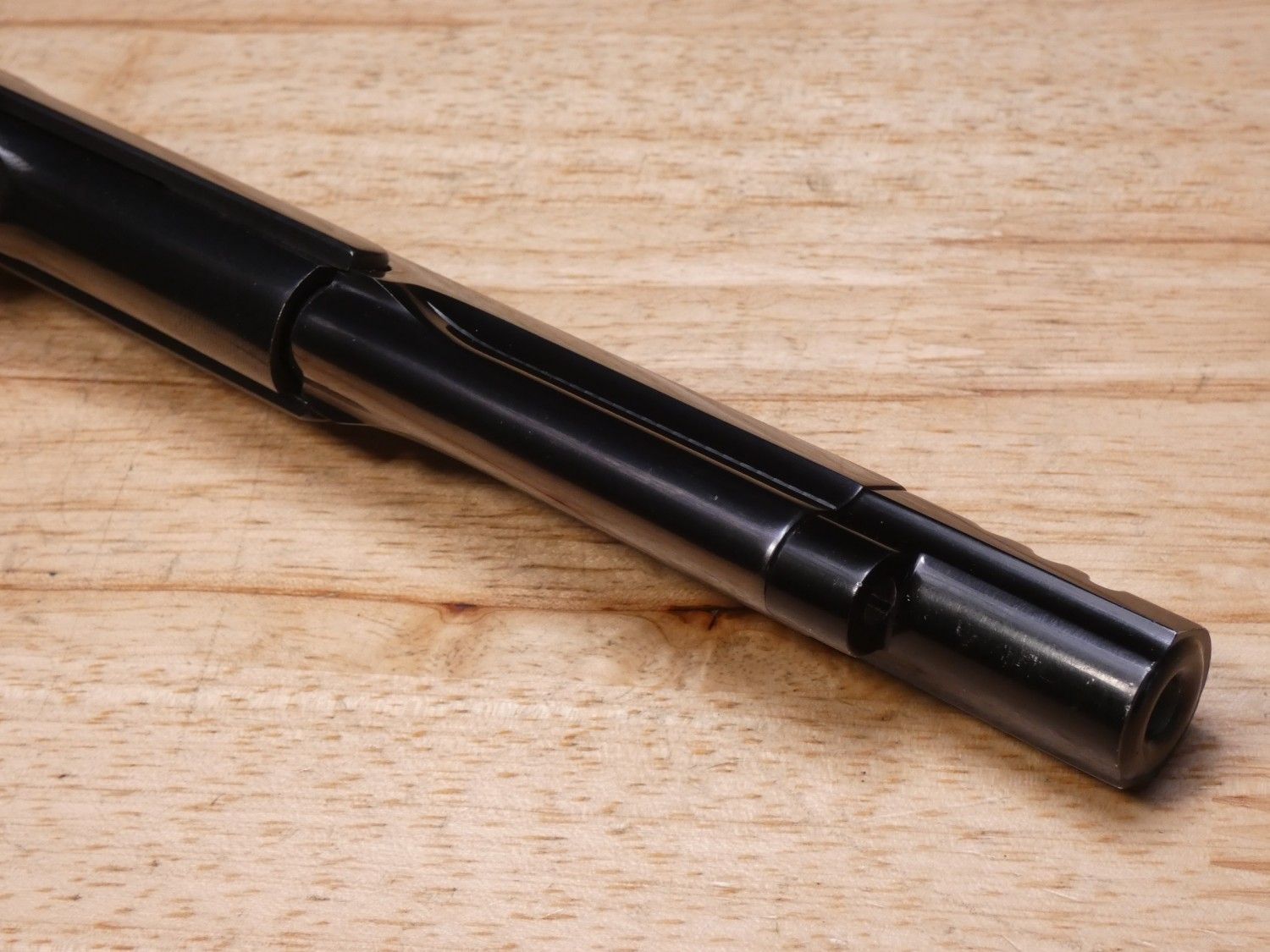 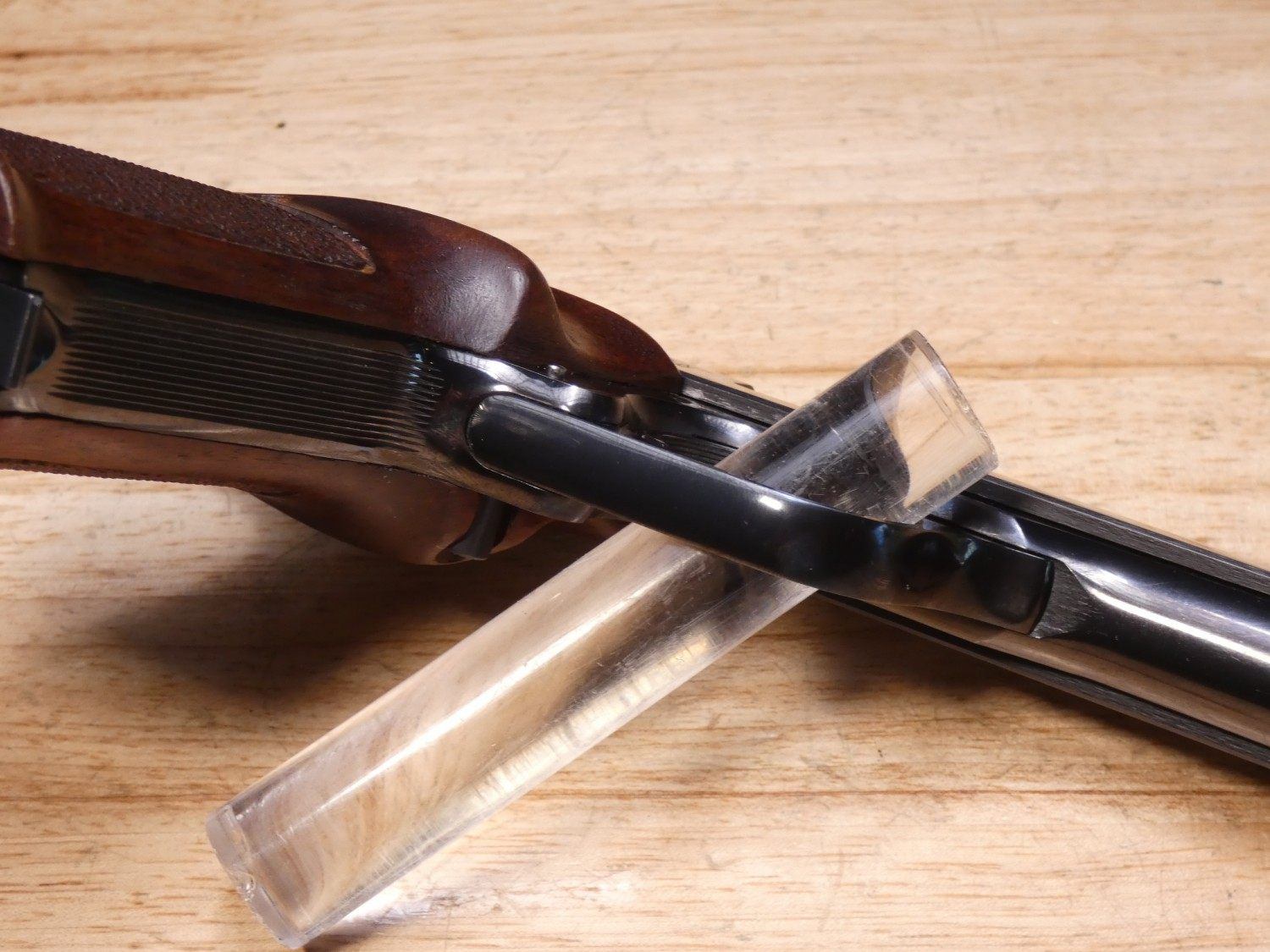 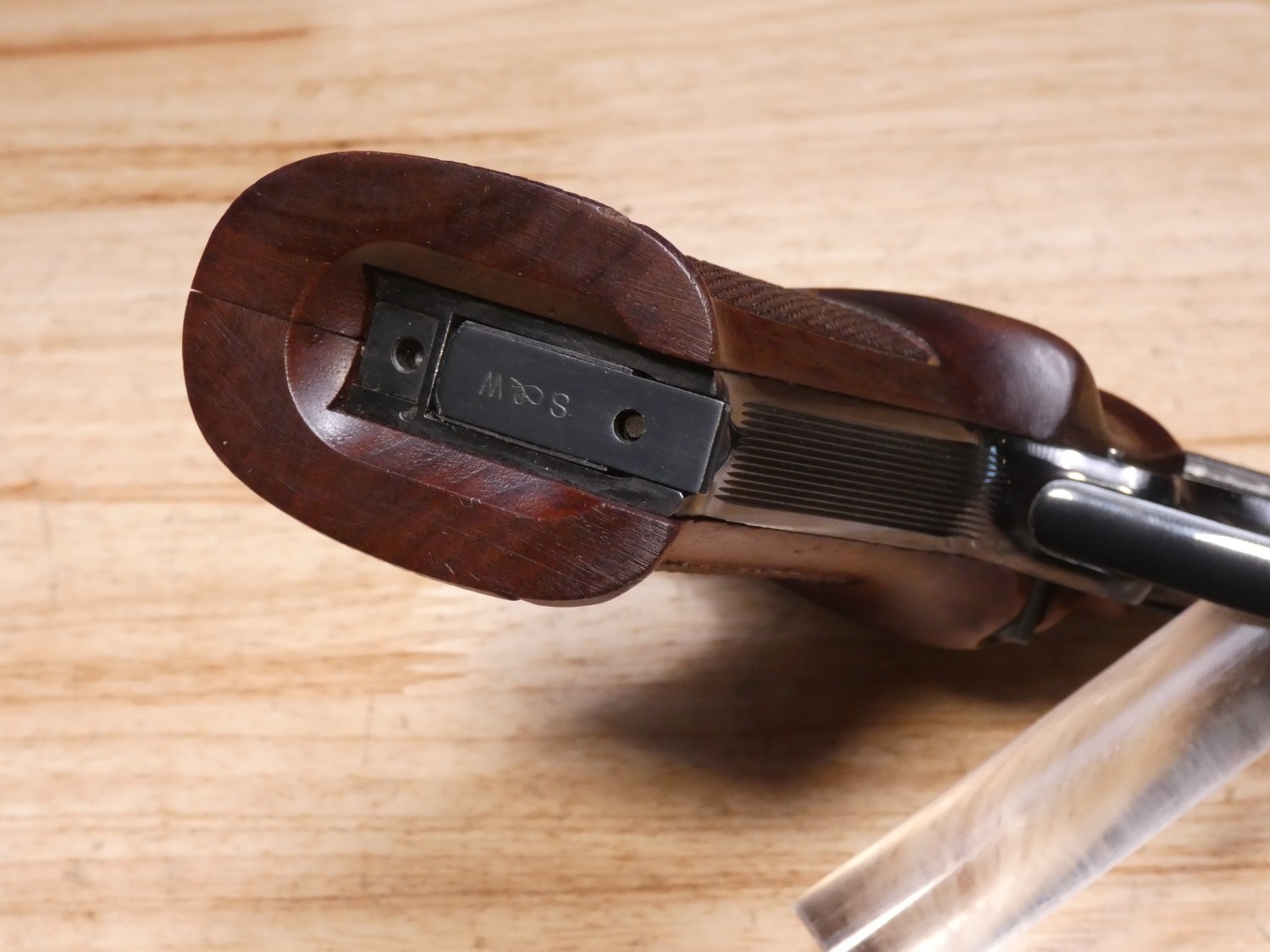 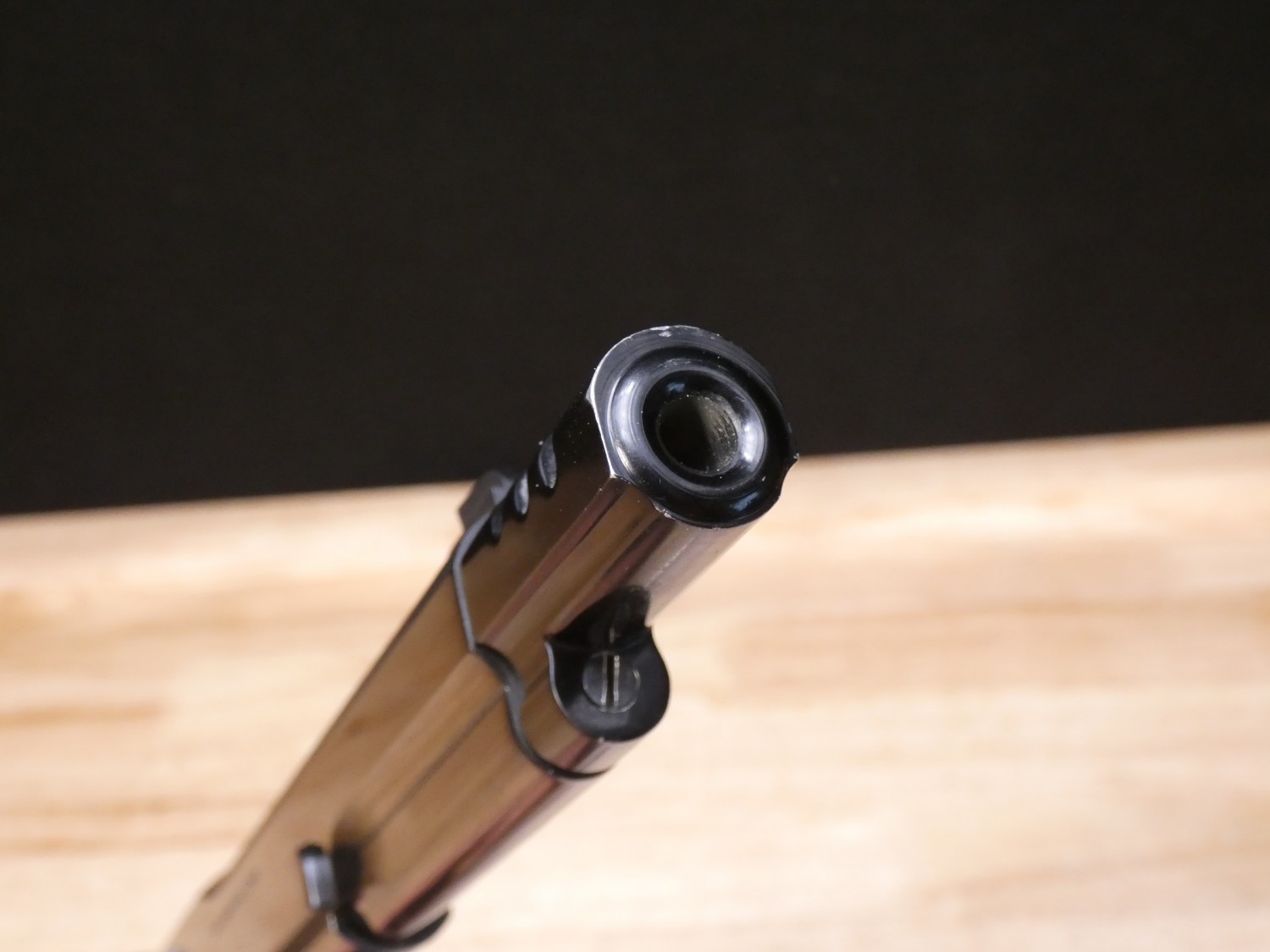 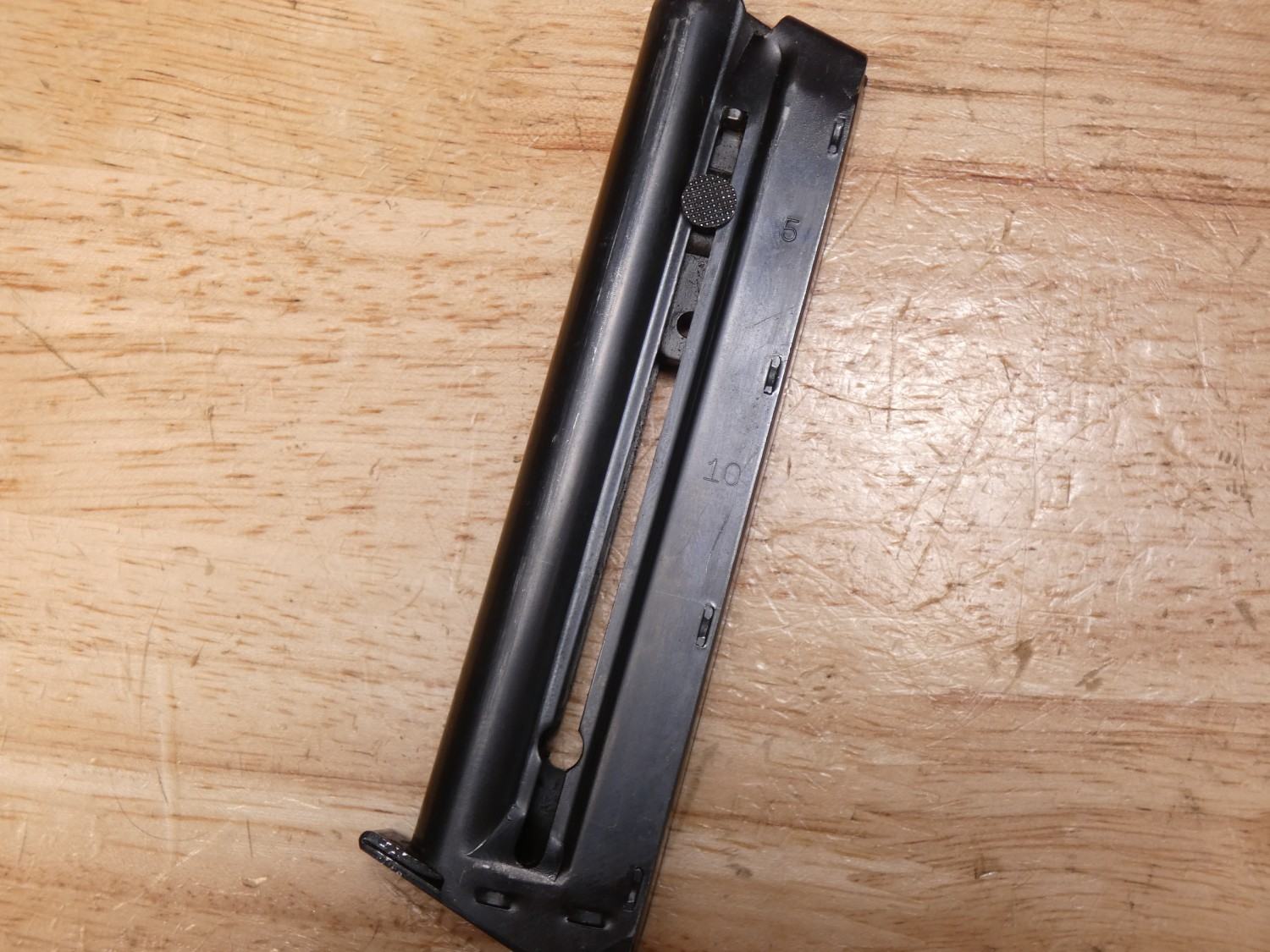 Up for grabs is an early Vintage Smith & Wesson Model 41 semi-automatic pistol in .22 LR. Serial number-10380. We believe this was Mfg. in 1958-1959 in the within the 1st 2 years they produced these pistols. This pistol is in great condition and comes with 1 magazine.  It has the original muzzle break installed. The barrel is 7 3/8″ Long and the bore is in Excellent condition!

By July 1947 a pair of tool-room-made semi-automatic .22s were made and given to the Smith & Wesson pistol team for testing and evaluation. Smith & Wesson’s president, Carl Helstrom, diligently sought out the input of shooters, be they target, sportsmen, hunters or law enforcement. He was known to take copious notes during his research and incorporate the best ideas into Smith & Wesson’s product line. In the case of the rimfire target pistol, Helstrom would take iterations of experimental pistols to the National Matches and cultivate evaluations and criticisms into subsequent pistols. After 10 years of development and research, Smith & Wesson debuted what it believed to be the ultimate rimfire target pistol, the Model 41. The Smith & Wesson Model 41 is a semi-automatic pistol developed by Smith & Wesson after World War II as a competitive target pistol. It was designed with a 105 degree grip angle, the same as the Colt M1911 pistol, to maintain a consistent grip angle. If you haven’t had the opportunity to shoot a Model 41, your missing out! It really takes you to a different, more rarified level of shooting.