What Makes The Colt M1991A1 Tiger Edition So Rare?

In a world were tons of manufacturers are churning out a version of the iconic 1911 pistol, only a mere 200 Colt M1991A1 Tiger editions were produced.

This top of the line, limited edition pistol was produced with gold engravings on the on the slide that include a crouching tiger on both sides. Additionally, a serpentine style Colt logo is on the left side and a Rampant Colt is engraved on the other side of this classy looking pistol.

The checkered Zebra wood grips accentuates the elegance of the beautiful hand-made carvings and compliment the renowned design that has remained highly coveted among gun owners for more than 100 years.

Part of the rare Talo firearms collection, this firearm will bring clout to the lucky person who owns it. 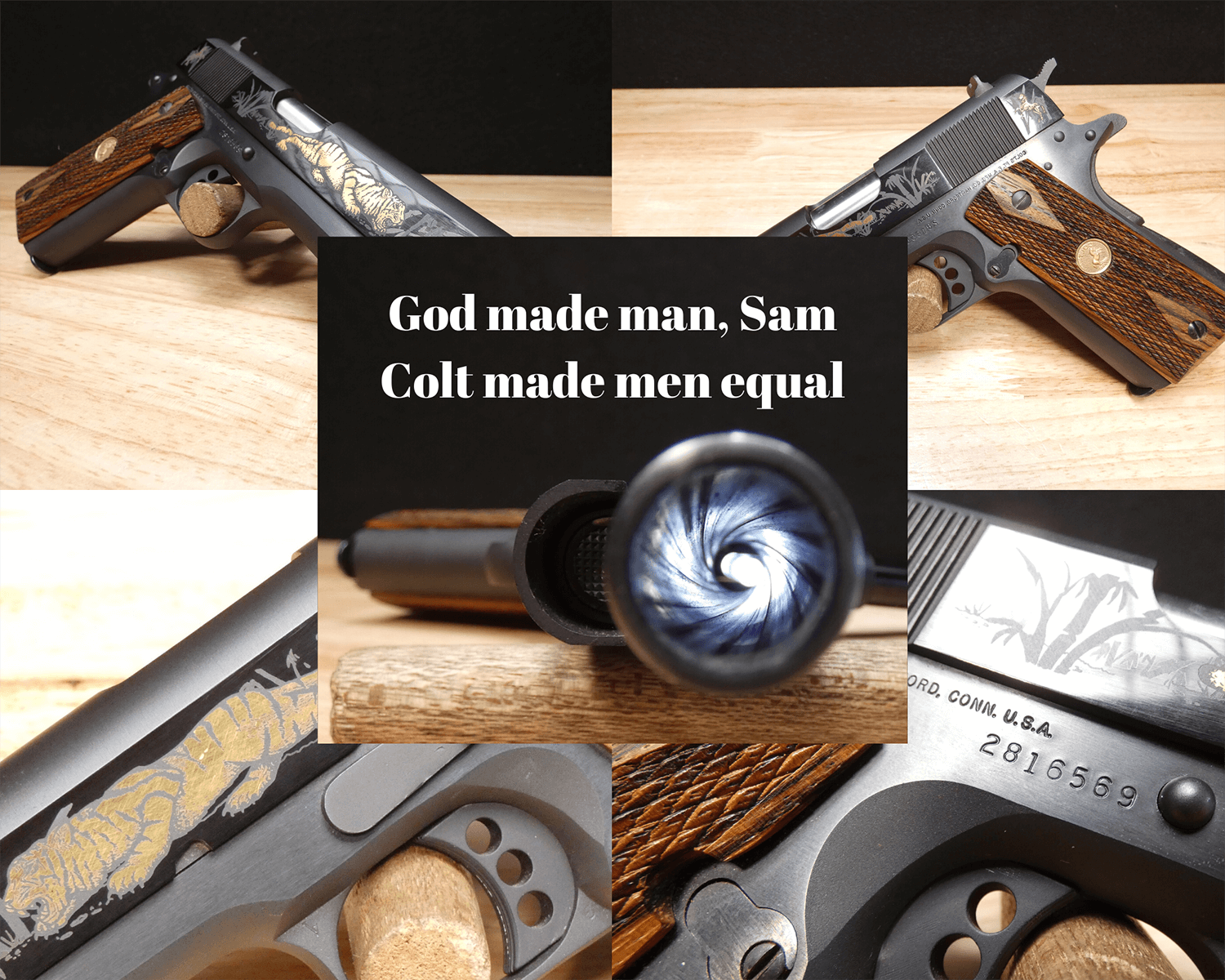 This pistol would without a doubt be the centerpiece of any 1911 fanatic’s collection.

The Colt M1911 .45 caliber pistol originated in the late 1890s in search for a semi-automatic pistol to replace the variety of revolvers being used throughout the United States military. From there on, it’s significance in history, pop culture and its timeless design has endured more than 100 years and continues to be highly coveted.

The iconic Colt 1911 became a standard issued sidearm in World War II for U.S. armed forces to combat the Nazis and Japanese Imperial Army and continued to be the faithful sidearm of the U.S. military after WWII and through the Vietnam War.

To this day, demand for this design has not waned but grown exponentially and is highly recognized worldwide as a superior American-designed firearm.