What Makes This Nighthawk Custom GRP Recon So Desirable?

First and foremost, each Nighthawk pistol is built from start to finish by a single gunsmith and comes from a labor of love. Once a pistol is built by their gunsmiths, they test fires each pistol to ensure that it exceeds both Nighthawk’s and the builder’s standards. While this is not the fastest, most efficient or most cost-effective way to build a firearm, this process showcases the highest 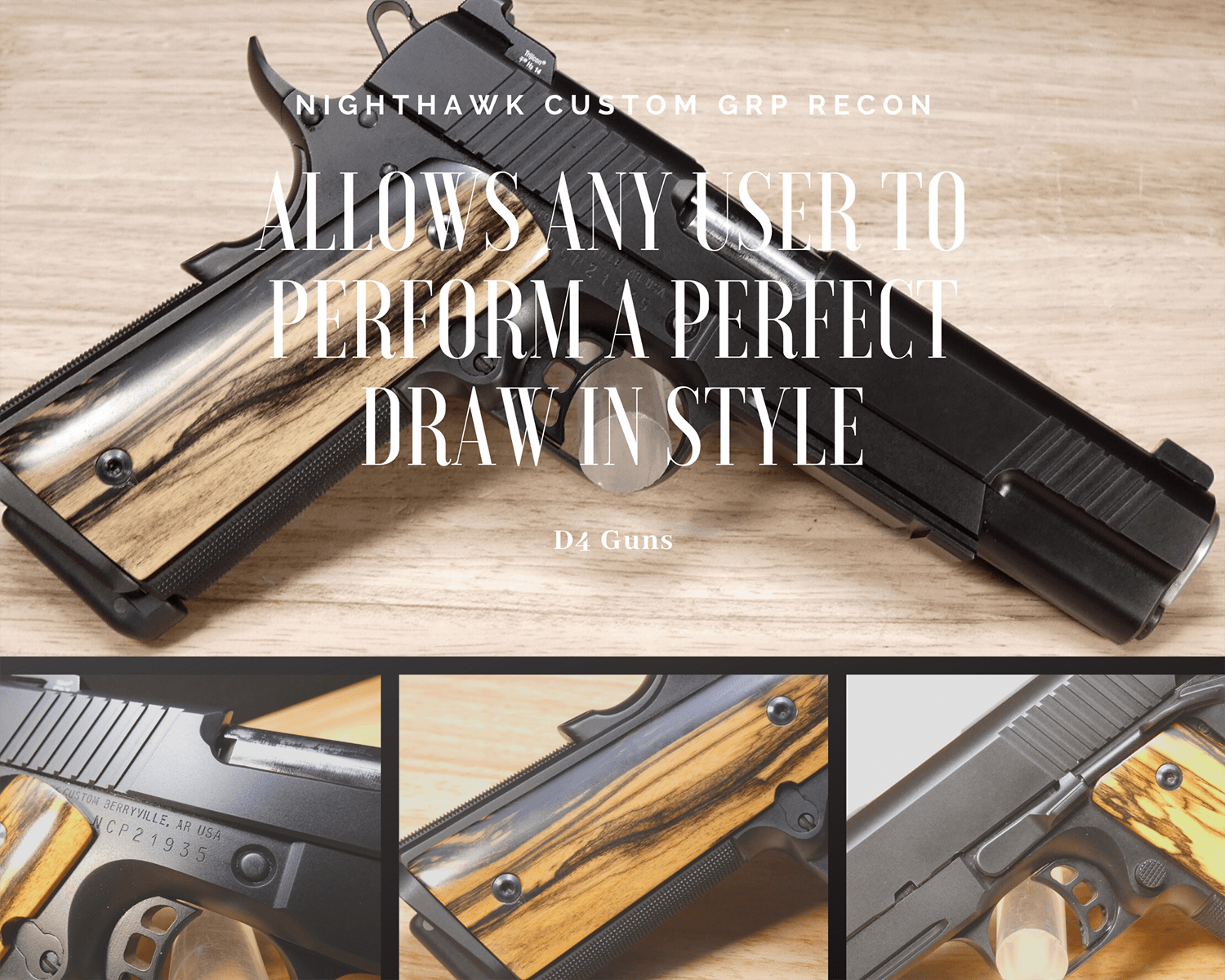 level of ownership and signifies the pride and commitment Nighthawk gunsmiths take in the work they do.

All parts used in Nighthawk pistols are fully machined from bar stock steel. Each part used is oversized and must be fit to each gun by hand. Meaning, there are no drop-in, cast or MIM parts used in pistols Nighthawk produces and this Nighthawk custom Global Response Pistol Recon is no exception.

This upgraded Nighthawk 1911 style pistol in 9mm is in excellent like-new condition and is fitted with ebony slim grips by Esmeralda. This GRP Recon comes with a soft case, two 10 round magazines, extra VZ grips and a barrel bushing wrench and is dehorned for a comfortable carrying handgun.

The GRP Recon builds on the popularity and durability of the GRP by providing the same attention to detail and accuracy in a railed model. The GRP is said to be a fighting gun and is ready for duty wherever it is called upon to perform.

Part aggressive, part sleek in design, this 1911 style pistol uses 9mm ammunition. Meaning, unlike other 1911 style pistols, it can hold more rounds in its standard magazine when compared to its .45 ACP counterpart. A standard .45 ACP 1911 magazine holds at most 8 rounds. This can hold up to 10 rounds.

If the Black Nitride finish doesn’t attract you, the Trijicon HD tritium night front sight and Heinie Ledge tritium night rear sight along with the ornate grips will lure you in to showcase how this firearm allows any user to perform a perfect draw in style.

How The 1911 Design Has Stood The Test of Time.

The 1911 style pistol originated in the late 1890s in search for a semi-automatic pistol to replace the variety of revolvers being used throughout the United States military. From there on, it’s significance in history, pop culture and its timeless design has endured more than 100 years and continues to be highly coveted.

The iconic 1911 became a standard issued sidearm in World War II for U.S. armed forces to combat the Nazis and Japanese Imperial Army and continued to be the faithful sidearm of the U.S. military after WWII and through the Vietnam War.

To this day, demand for this design has not waned but grown exponentially and is highly recognized worldwide as a superior American-designed firearm.