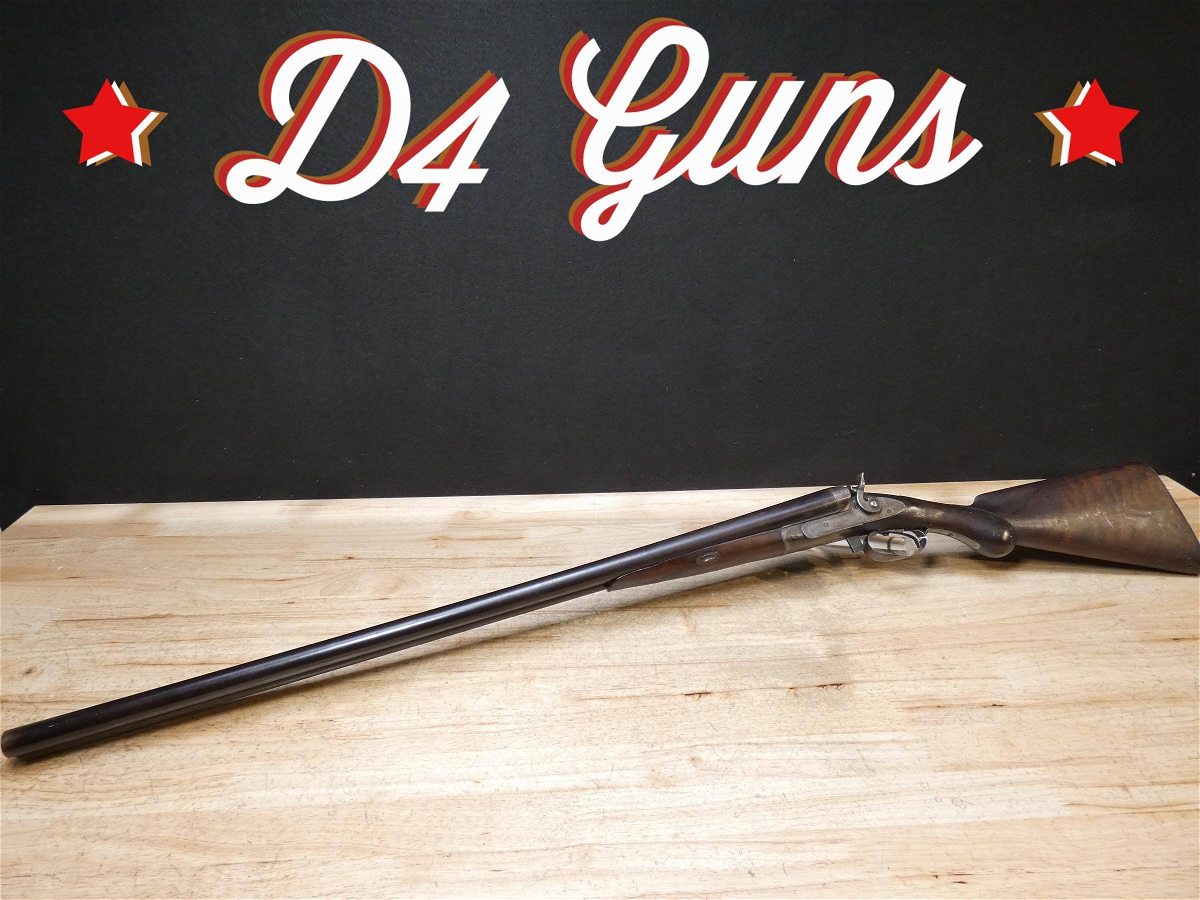 Parker shotguns are prized by collectors as being one of the finest shotguns ever built in the world. These handcrafted sporting arms trace their origin to just after the American Civil War when Charles Parker and his sons went into the firearm business. The family formed Parker Bros., and eventually became renowned for its fine side-by-side sporting shotguns featuring a lifter-type action.

Parker Bros. remained in business from 1867 until 1934. When the firm was acquired by the Remington Arms Co. Both the Parker name and line were discontinued in 1942.

Today, Parker Bros. shotguns are still revered and are well-known for their quality and craftsmanship. These coveted shotgun’s reputation, as well as their rarity, make them highly sought after among collectors and shotgun enthusiasts.

With that said, D4Guns.com is offering up one of the early produced Parker Bros. double barrel shotguns available for sale!

Based on the serial number, we believe this was manufactured in 1874. The bores are in great condition and considering its age, the wood is also in great condition with just one small crack in the heel of the buttstock. The barrels are made of Damascus steel and there is checkering on the forend as well as the stock and it has engravings throughout. The shotgun has double triggers and extractors, a round knob grip stock. LOP = 14.25 to front trigger, Drop at comb = 2″, Drop at heel = 3″.

This is a rarity for Parker Bros. shotgun collectors given its condition, age and variant. Truly a one of a kind shotgun, especially as time passes and these are harder to come by. So take home one of the greatest American side by side shotguns ever manufactured and own a coveted piece of history.