The Allure of the Legendary Colt Python

The Allure of the Legendary Colt Python 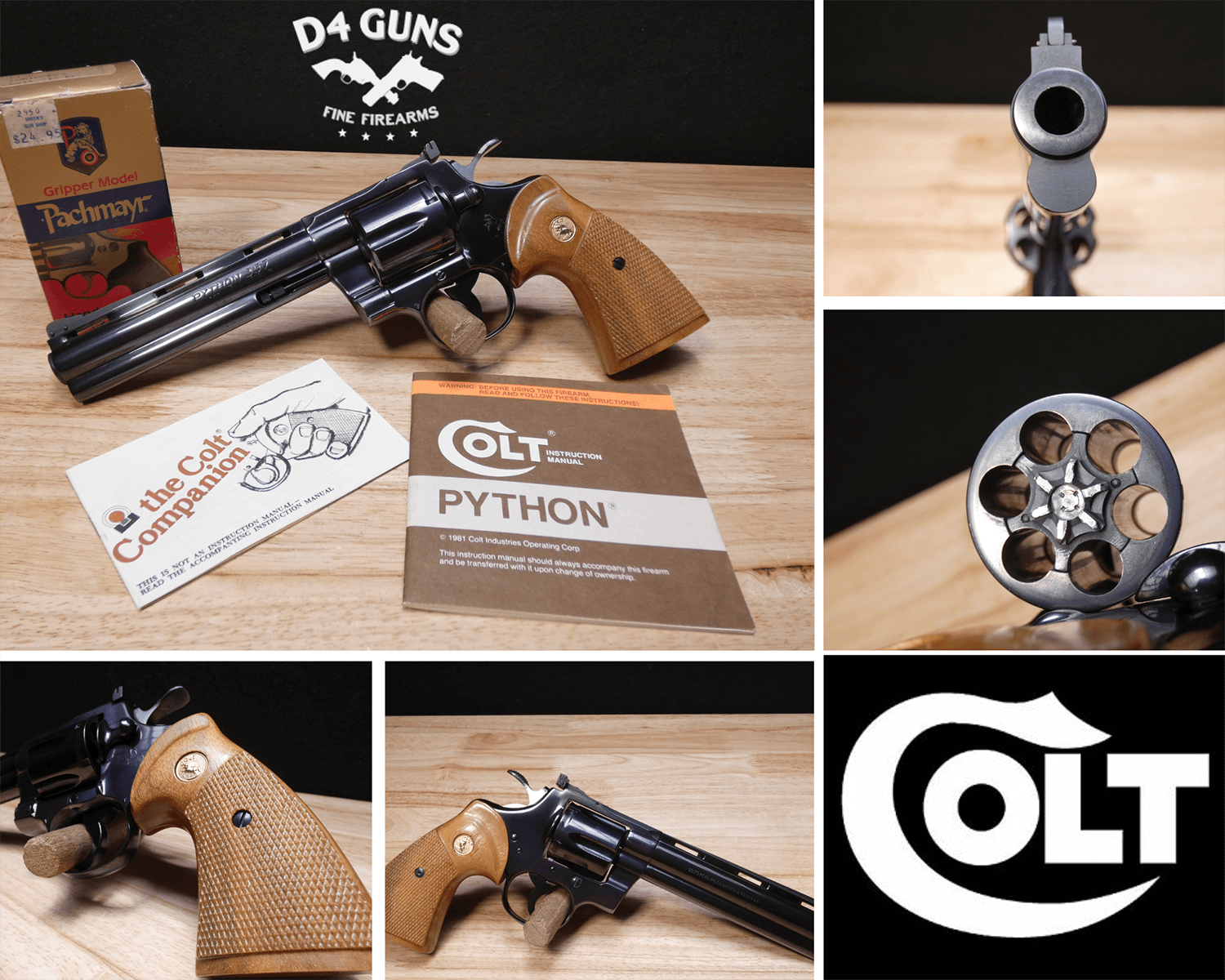 The legendary double-action, which originally debuted in 1955, is making a comeback. After years of research and development, Colt recently unveiled a refined and upgraded Colt Python revolver that will be available in 2020.

Just in time for Colt’s announcement to revive the coveted Python series after years of hiatus, we at D4 Guns want to highlight a beautiful Colt Python currently in our inventory and available to one lucky buyer. It is in EXCELLENT condition and was manufactured in 1984. This revolver is equipped with its original grips and includes the original manual and extra Pachmayr grips as well.

Not only is it one of the most sought-after revolvers to hit the market since its inception, its standard .357 Magnum chambering make it a tack driver that punches holes into any target. A hefty all-steel construction and timeless ergonomics make for a comfortable shooting experience and felt-recoil that’s light on the wrists.

These beastly revolvers have a reputation for accuracy, smooth trigger pull, and a tight cylinder lock-up that will be dependable for years to come.

Python revolvers not only retain their value but increase year after year. It’s not unusual for Colt Pythons to sell at a starting price of $2,000.

The Storied History of the Colt Python

Considered the Cadillac of revolvers, the Python is a work of art and a thing of beauty that touts some of the finest craftsmanship. It was built on the Colt I-frame, which also was known as the “old .41 frame,” referring to Colt’s earliest swing-out cylinder, the double-action Army and Navy models of the late 1800s and early 1900s.

What undoubtedly became the most elegant double-action .357 Magnum of the 20th century, the Colt Python was a radically new design. The Python was a dramatic change from anything Colt had done before and it foreshadowed what a top of the line double action revolver would look like.