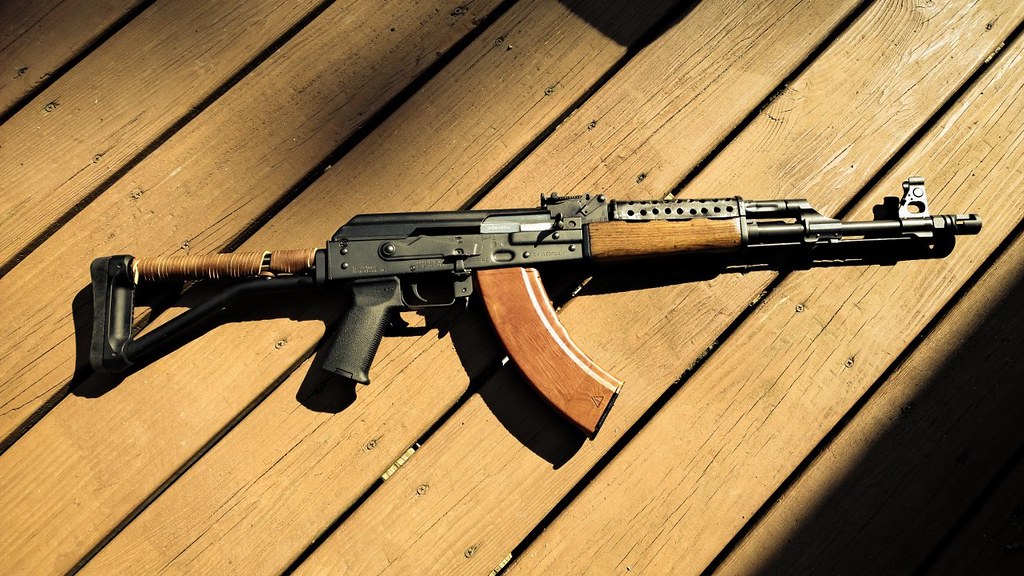 Among the panoply of firearms manufacturers behind the Iron Curtain during the Cold War Era was Zastava. Zastava Arms is known as a Serbian arms manufacturer that supplied arms to the Yugoslav government during the Cold War. Today, Zastava makes rifles for not only military and Law Enforcement use but are popular in the hands of civilians. Most of Zastavas current production consists of AK clones and are not known for innovation. Despite being primarily known for producing Mauser clones and AK type rifles during the Cold War, Zastava has a rich history that reaches back to the middle of the 19th century.

Zastava’s first production was completed in 1853 as it produced four cannon and two howitzers at their new factory in Kragujevac in what was then the Principality of Serbia. In the 1870s production shifted to manufacturing modern firearms for Serbia which recently won its full independence from the Ottoman Empire. Zastava looked to German developed weapons for inspiration and developed the Mauzer Milovanovic M. 1880. This rifle was inspired by the Mauser Model 1871 and served the newly created Kingdom of Serbia through the Serbo-Bulgarian War, the Balkan Wars and in limited numbers through both the World Wars.

During the Interwar years Zastava was a primary arms manufacturer for the newly formed Yugoslavia. In the mid 1920s, Zastava began production of FN licensed M24 rifles to serve as the primary infantry firearm. As tensions rose in the 1930s, Zastava began production of the ZB vz. 26 machine gun licensed from Czech manufacturer Zbrojovka Brno. The Zastava complex was also expanded to produce ammunition. Despite attempts to remain neutral, the Axis powers invaded Yugoslavia in 1941 and Zastava was forced to halt production due to new regulations and damage sustained to their factories. Only in 1944 when Kragujevac was liberated by the Allies were the factories repaired and production resumed.

After the Second World War, Zastava began production of new firearms for Yugoslavia. The first rifle produced was the Mauser Model 1948 which was quite similar to the preceding M24 produced before the War. These rifles are popular as collectors items today and are often known as “Yugo Mausers.” In the 1950s, Zastava began productions of civilian firearms such as shotguns and hunting rifles in an attempt to expand their market. Improvements began on military firearms as well as they began to produce the M59, their version of the SKS. Not long after the introduction of the M59, work began on their version of an AK type rifle. In 1970, the M70 entered service and became their primary firearm through the end of the war. Like the M48, the M59 and M70 are popular firearms among collectors and Cold War era enthusiasts.

Besides the rifles previously mentioned, Zastava also produced pistols such as the M57 and CZ99. The M57 pistol is essentially a copy of the Tokarev TT33 used by the Soviets. The CZ99 replaced the M57 in the late 1980s and is essentially an amalgamation of the Sig Sauer P226 and the Walther P88. The most modern pistol from Zastava is the PPZ which is an improvement of the CZ99. In addition to common calibers of 9mm, .40 SW and .45ACP, it is rumored that the PPZ will be able to accept the 7.62x25mm Tokarev round. This would surely increase the desirability of the pistol as the acceptance of the Tokarev round in a modern pistol would be unique to the PPZ. Whether or not this pistol will be available for general public use remains to be seen.

Zastava has continued to produce military firearms to the present day. Besides the PAP series of AK type rifles, Zastava has developed an anti-material rifle dubbed the M93 Black Arrow and M12 Black Spear. These rifles are based on the venerable Mauser action and can fire both the .50 BMG round and the Soviet 12.7x108mm Soviet round. They also have produced two anti-aircraft cannon systems during the Cold War the first being the M55 based on a Hispano-Suiza license and the famous Bofors 40mm cannon.

What is the future of Zastava Arms? During the COVID pandemic, production has increased and Zastava Arms USA was established for importation and distribution of firearms into the United States. This increase came despite debt incurred during restructuring and the establishment of Zastava Arms USA. Whether Zastava Arms can survive into the future depends on their ability to market their firearms in the competitive United States firearms market where there are numerous competitors selling AK type rifles. Zastava Arms has proved through their history that although they won’t be known for innovation their clones are quality firearms that have been proven in combat situations and remain popular collectors items. D4guns often has Zastava made firearms for sale. Check out our inventory and D4guns.com to add one to your collection.