The HK 93 is a semi-automatic version of the Heckler & Koch 33 based off the G3 rifle. It utilizes World War II technology with the Roller Locking System and stamped receiver. It also has a fluted 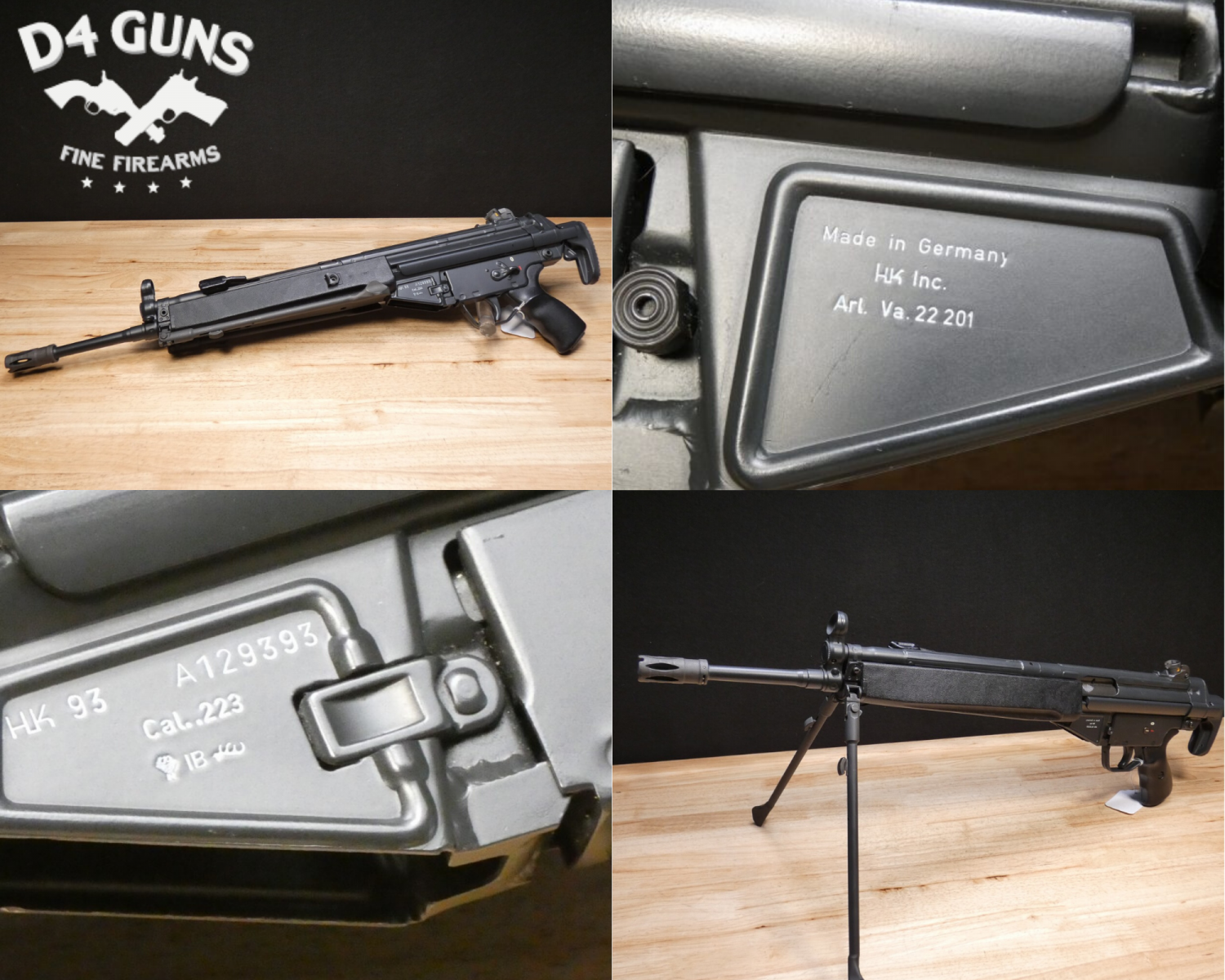 chamber to add to the rifle’s reliability.

In the mid-seventies, a semi-automatic version of the HK33 was introduced by H&K and was designated the HK43. According to H&K’s numbering nomenclature, the “4” indicates that the weapon is a paramilitary rifle, and the “3” indicates that the caliber is .223. The HK43 later became the HK93. The HK93 rifles were sold with 20 round aluminum magazines and in today’s market, German manufactured magazines fetch a pretty penny when they are up for sale.

These German guns were produced to export to other countries but did not catch on because of the cost differences of a cheaper, American made AR-15 rifles during its production run in the eighties.

The HK 93 A3 with collapsible stock is no longer in production and no longer importable because of the federal prohibition on all imports of semi-automatic rifles put in place in the H.W. Bush  administration. Because of these polices and the halt of production, these rifles are hard to come across in the U.S. and often fetch top dollar because of its rarity.

This rifle was manufactured in 1981, chambered in .223 REM with standard markings and features but with an additional bi-pod, which sets this piece of Cold War era firearms a part from the rest. It is equipped with a retractable metal buttstock with checkered rubber buttplate.