The M1919 Browning, A Piece of American Military History

The M1919 Browning, a .30 caliber heavy machine gun that was widely used during World War II, the Korean War and the Vietnam War. The M1919 was utilized in the battlefield as a light 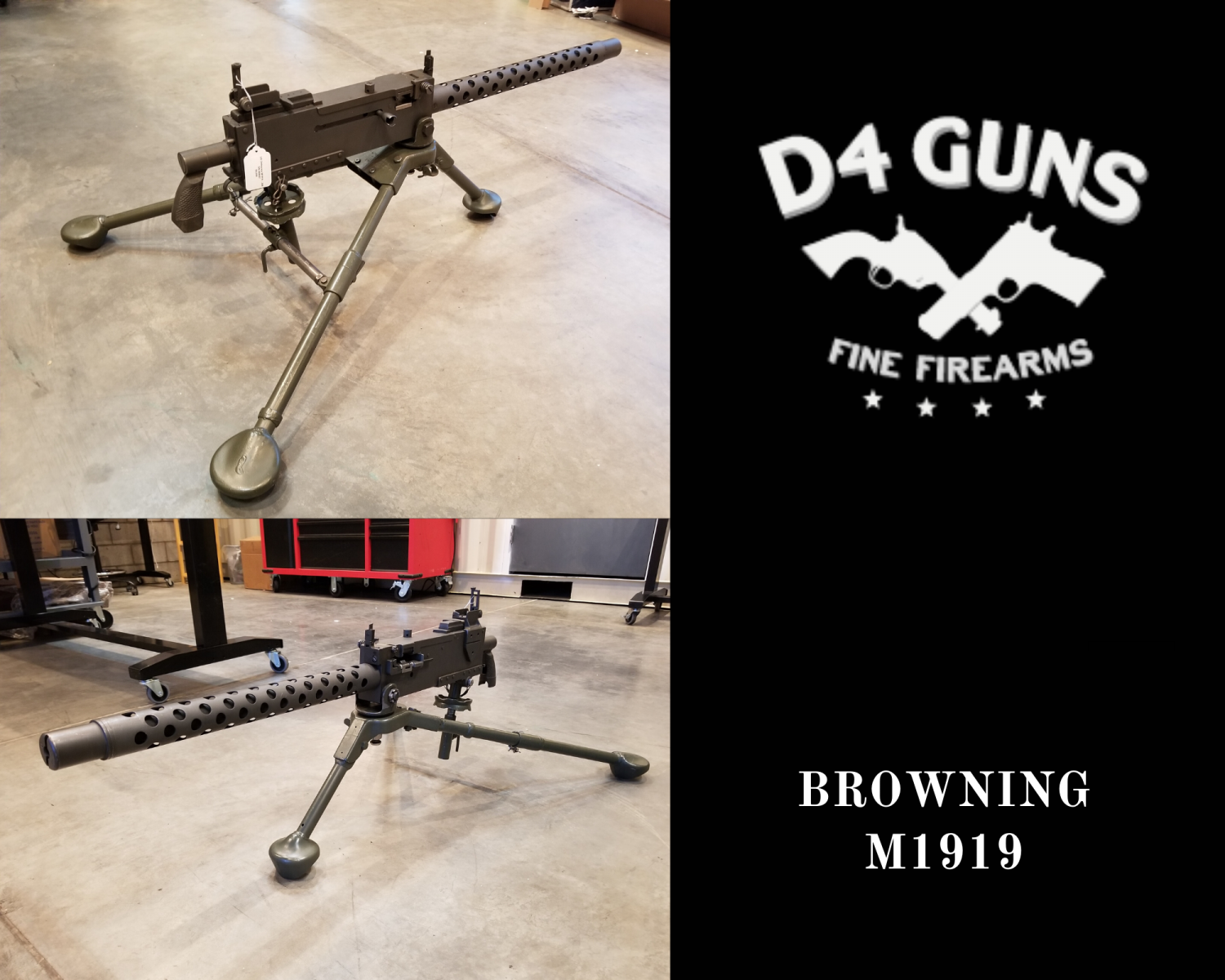 infantry, coaxial, mounted, aircraft, and anti-aircraft machine gun by the United States armed forces. The belt-fed Browning machine gun was a force to be reckoned with and left carnage and devastation for those who stood up against these dreadful brutes.

They were also converted these machine guns to be chambered in .308. The intention was to alleviate the stress of trying to find the original .30 caliber ammunition that it was originally designed to accept. Over time, that ammunition became costly and hard to find in surplus.

In the 80’s and the 90’s, after numerous upgrades by the Israeli military, it was phased out by them. Ironically, the guns and surplus parts made their way back to the U.S. for civilian use. The inflation of prices that followed and the availability of surplus parts and scrapped machine guns led to the development of semi-automatic versions of the Browning M1919.

Typically, these are built using a new right sideplate which has a raised “island” protruding into the interior of the receiver. This requires the use of a modified bolt, barrel extension and lock frame which have been designed to allow only semi-automatic firing. The “island” prevents the insertion of unmodified full-automatic parts. Several small gun companies have produced these “semi-auto machine guns” for commercial sales.

New to our inventory is one of these converted Brownings made by U.S. Ordnance, of Sparks Nevada.

A truly iconic piece of American firearms history, this beauty will be an excellent addition to any fanatics collection. Be on the lookout for this soon from D4 Guns.