Designed by British Col. George Vincent Fosbery and developed by the Webley & Scott Revolver and Arms Co. in 1900, the Webley–Fosbery Automatic Revolver is a recoil-operated revolver. 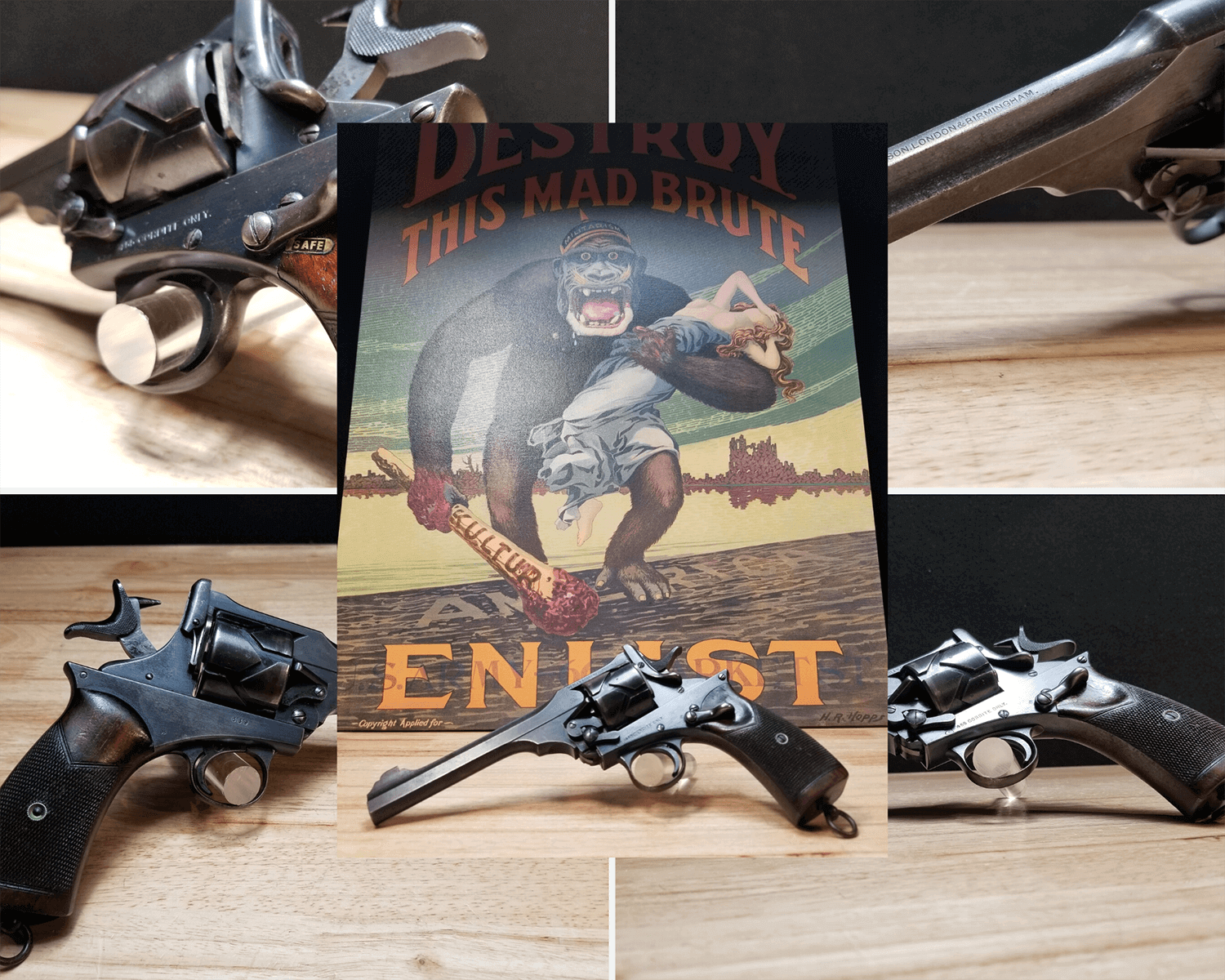 When fired, the grip stays in place while the barrel and cylinder assembly slides back. During the blowback action, a cam-pin running in the conspicuous cylinder grooves rotates it to the next chamber and re-cocks the hammer to prepare the next round to be fired.

Neither pulling the trigger nor manually cocking the hammer alone rotates the gun’s cylinder; the entire assembly must be slided back and cocked to ensure that a chamber is properly lined up with the barrel.

The trigger mechanism was single action only, which did not allow a user to carry it with the hammer down and fire by just pulling the trigger. Instead, the revolver needed to be locked and loaded with the hammer back. To make this revolver safe for users carry, a manual safety lever on the left side of the grip could be engaged. This safety would lock the trigger and the sliding frame both in place to prevent the gun from firing unintentionally.

The final version of the Webley–Fosbery Automatic Revolver was released in 1914. It had a shorter cylinder than earlier models and the trigger spring and recoil lever were strengthened.

Fosbery’s rationale for the self-cocking revolver was a search for a sidearm that would combine the rapid fire and crisp trigger of an automatic pistol with the heavy .455 cartridge of the British service revolvers that were standard at the time.

Though Webley viewed this weapon as an ideal sidearm for cavalry troops, the Webley–Fosbery was never adopted as an official government sidearm. Critics said that it was too heavy for a sidearm and was prone to jamming in the mud-infested trench warfare arenas of Europe.

The Webley-Fosbery had a following of both target shooters and Army officers at the time it was produced, but it was ultimately not a popular revolver among consumers and is remembered today primarily because of its unique design and action.

Fast forward to today, these revolvers are hard to come by, even in poor condition because of its limited production. However, D4 Guns is excited to announce that one of these rare pieces of firearms history has found its way to our inventory and is in exquisite condition and fully functioning.