The Champions of Liberty Colt Government Model 1911 .45 pistol is a truly elegant handgun that is extremely rare. Handsomely decorated in 24-karat gold and genuine wood grips adds another 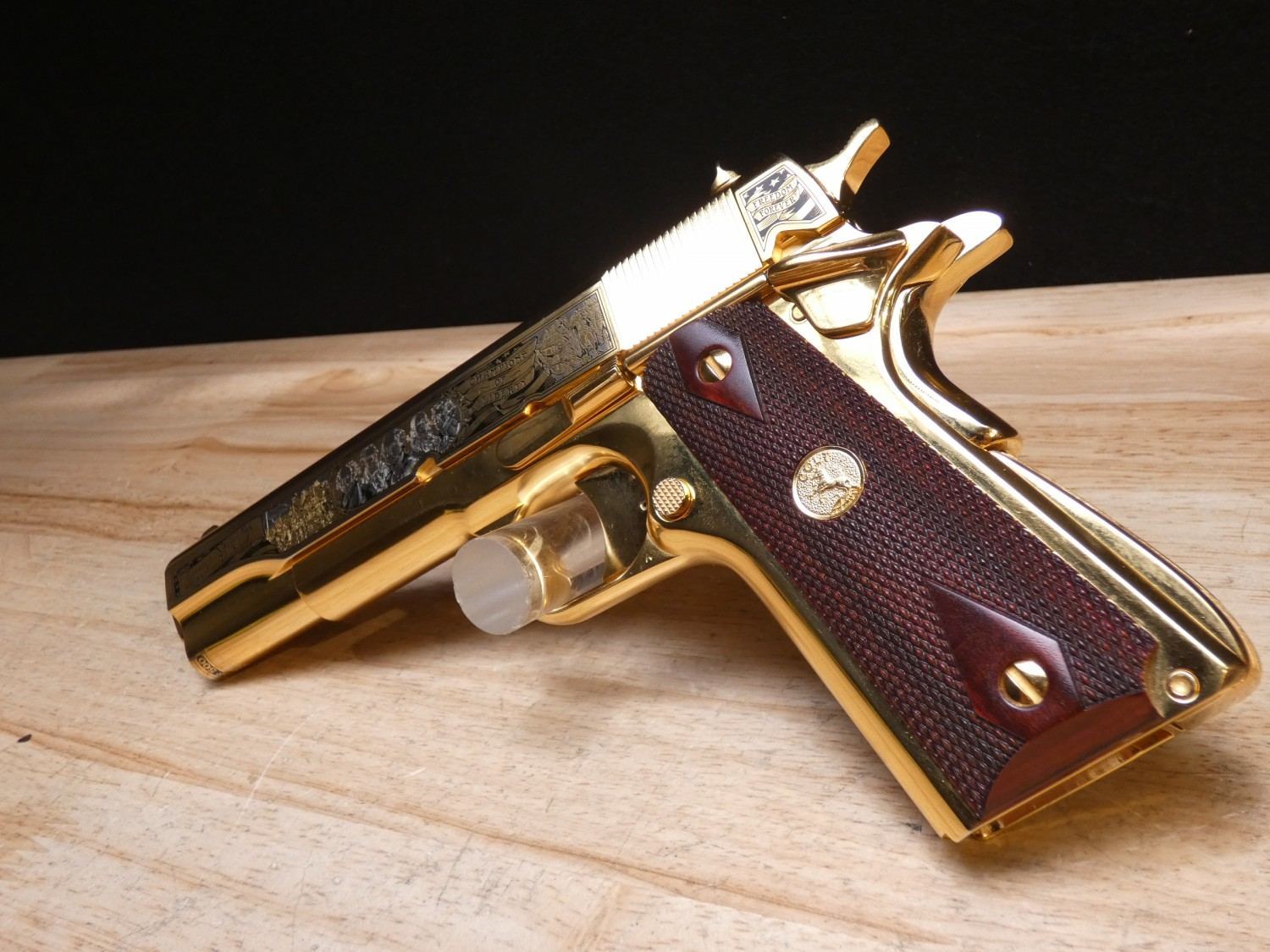 level of sophistication to this classic Colt 1911 pistol that would make any 1911 fanatic salivate.

Only 500 of these tribute pistols were made and this is number 59 of the lot that was manufactured.

Along with the lavish gold is symbolic artwork depicting the founding fathers of the United States on the left side of the slide along with engravings of “Champions Of Liberty,” “Greatest Nation On Earth” and “Freedom Forever.” On the other side is the famous John Trumbull painting of the presentation of the draft of the Declaration of Independence to Congress along with engravings of “Give Me Liberty Or Give Me Death” and “Remembering Our Past Believing In Our Future.”

After securing victory in the Revolutionary War, America’s leaders such as Thomas Jefferson, Patrick Henry, Benjamin Franklin, John Adams and George Washington, spoke about and drafted the essential documents outlining the new nation’s freedoms: the Constitution and the Bill of Rights. At the heart of these inspired documents, those visionaries laid out their ambition for the country: liberty and justice for all.

Not only does this pistol pay tribute to the birth of the United States, it celebrates the Colt 1911’s timeless design that has endured more than 100 years and continues to be a highly coveted pistol with a popularity that has never waned.

For those looking to buy this pistol, we have one of these classy 1911s in our inventory.

This pistol is in excellent condition! The barrel is 5″ long and the bore is also in great condition! It is numbered #59 of 500 and includes the original Colt case, manual, 1 Colt magazine, authenticity letter and luxuriously lined custom-made display case with locking glass lid. *