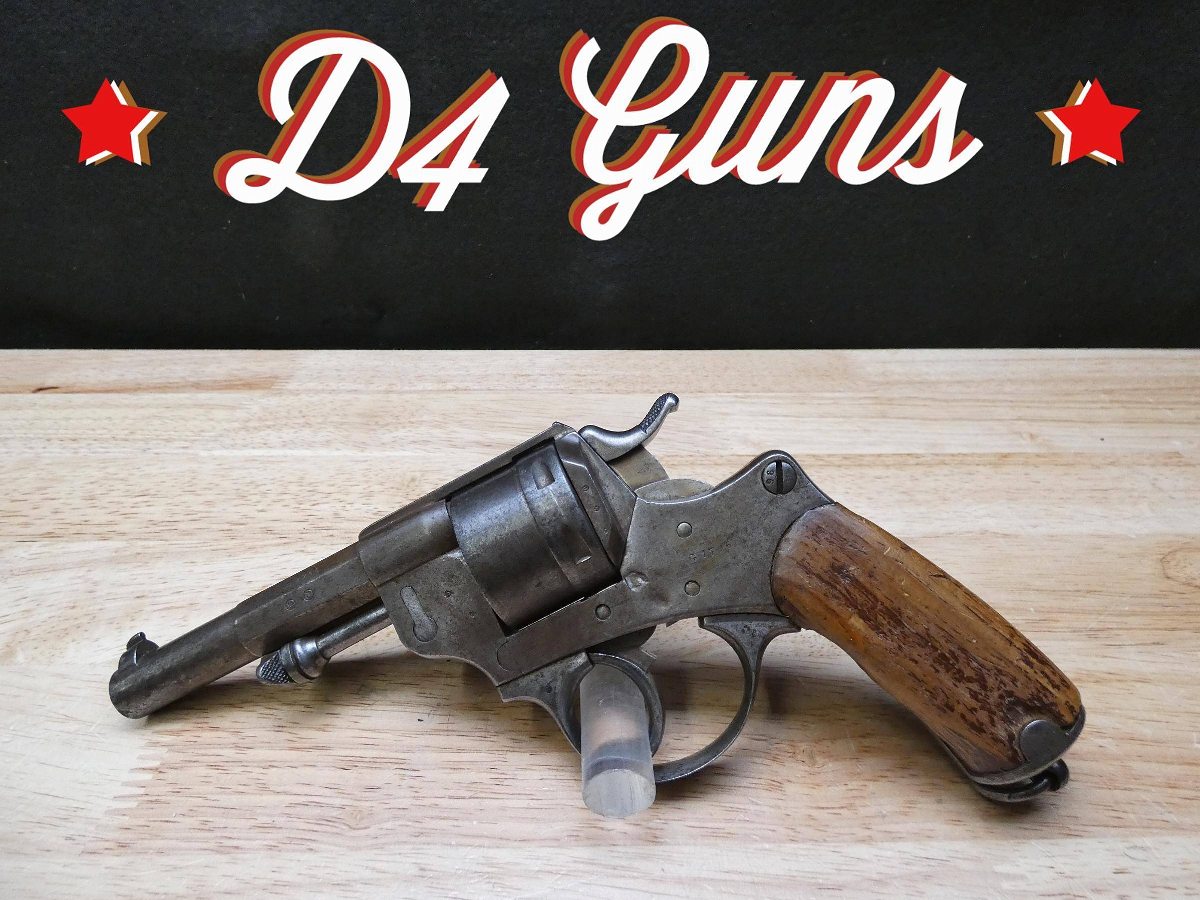 The Franco-Prussian War made it evident for the French Military that it had a need to update military equipment for its soldiers deployed to fight in war. One of the first updates adopted by the French army for its military arsenal came in the form of its centerfire, double-action revolver, the model 1873. Manufactured by the St. Etienne arsenal, these revolver’s mechanisms and ammunition were advanced for their time when compared to conventional firearms of the era. For perspective, the Colt Peacemaker was considered the high-tech revolver at the time.

Despite its advanced operating system and design, the gun did have some drawbacks. One of those came in the form of the ammunition it used. The 180 grain 11×17.8mmR bullet was only able to travel at a velocity of 430 feet per second and limited its effectiveness at stopping an enemy at longer distances.

Service of this revolver in the military was short-lived as the military once again looked to replace the 1873 with a more modern pistol. However, many of these revolvers were used by French soldiers in World War I despite being outdated.

Most dismissed the revolver as insignificant or have found it undesirable and as more and more years go by, many of these revolvers have been lost to time. However, D4 Guns has one of these revolvers up for sale and is this week’s featured gun.

This revolver has all visible serial numbers matching and the year stamp on the barrel leads us to believe that this 1873 revolver was manufactured in 1876. Mechanically, the revolver is in good working order, but what makes this one especially interesting is there appears to have some bullet damage it received while in combat.

This is a unique piece of military technology and can be a fine addition for revolver collectors and military firearms enthusiasts. This piece of unique firearm history can be yours today but act fast before this opportunity slips away!