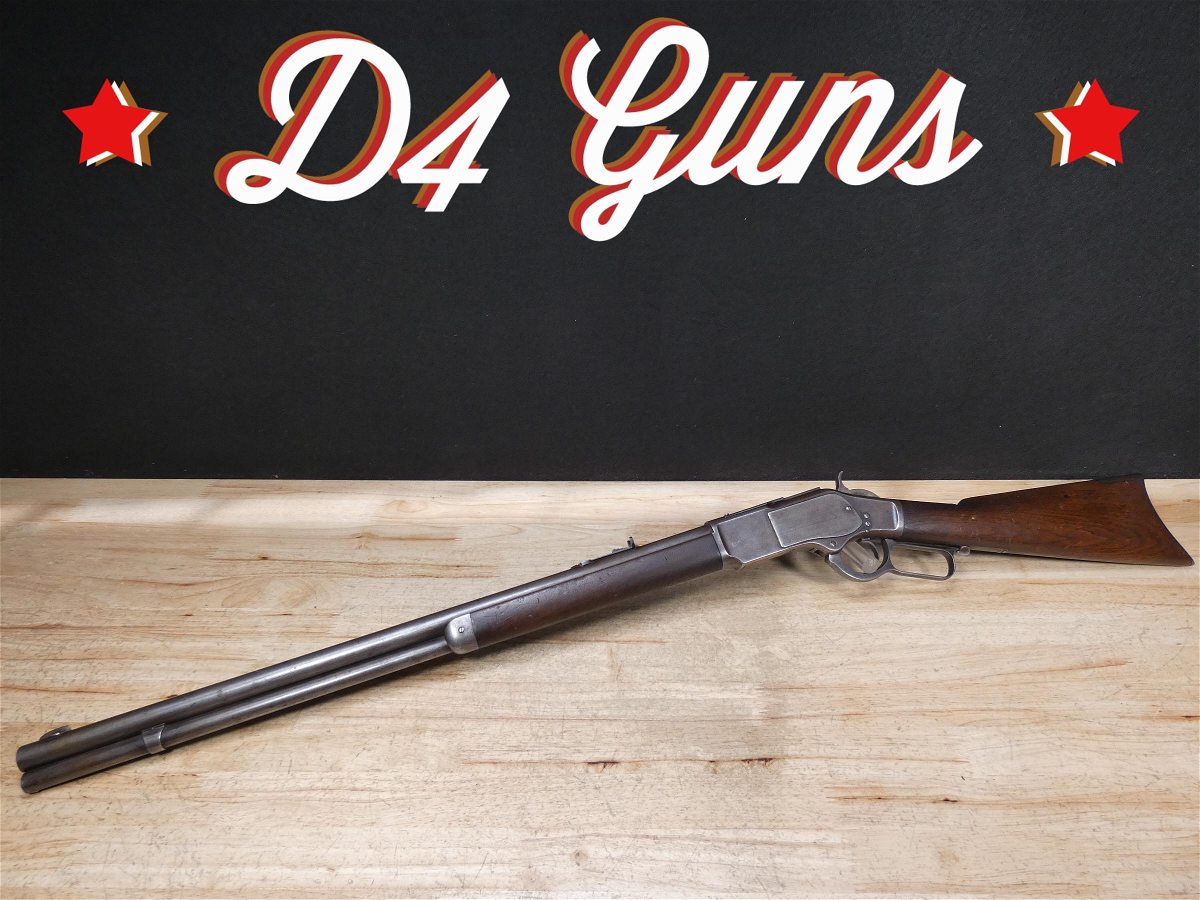 The Winchester model 1873, world renowned as one of the guns that “won the west” were popular among pioneers, Native American warriors, cattle rustlers, outlaws, and lawmen during the Old West and westward expansion of the United States. Introduced in 1873, Winchester unveiled its new steel-framed Model 1873 chambering the unforgiving .44-40 centerfire cartridge. Truly an iconic American rifle, it put Winchesters name as one of the greats like the the Single-Action Army did for Colt. In all, more than 700,000 Model 1873s were produced up until 1923.

Very close to the Henry Repeating rifle in appearance, the Winchester 1873 had improved mechanics. The old brass frame was replaced by a stronger iron one, which was later changed to steel. It was originally chambered for the .44-40 cartridge, which was the first center fire cartridge and which became immensely popular. The 1873 received a huge boost from Remington and Colt, when those manufacturers began chambering their revolvers for the .44/40. This eliminated the need to carry one kind of ammunition for a rifle and another for a handgun.

The rifle is often featured in period movies as the go to rifle,  it is cemented in pop culture as an icon that helped shape and define an era. In 2014, a weathered model 1873 was found leaning against a tree in Great Basin National Park. It became known as the Forgotten Winchester and sparked media interest because of the mystery about who left it there and why they never came back for it.

Luckily, no one forgot the Winchester currently for sale through D4Guns.com.

In our inventory is a Winchester Model 1873 Sporting Rifle 2nd Model lever-action rifle in 44-40. This rifle is in fantastic condition considering it was manufacture date is 1881. The action is very smooth, the bore is surprisingly clean, the rifling is still clean and does not look bad for a 140-year-old rifle.