Why We Love Guns – Growing Your Collection

As American gun owners, we are passionate about our collections and finding the right firearms to add to it. According to the Trace, a study done at Harvard revealed that the top 14% of gun owners in America (7.7 million people or 3% of American adults) own an average of 17 guns. While this seems like a solid collection in itself, many enthusiasts agree it is rather easy to get to 17 when you end up inheriting guns from your parents and grandparents. Whether you enjoy collecting historical firearms, go hunting, competitive shooting or just an enthusiast looking to add to your arsenal, D4 Guns shares this passion and seeks to supply your collection with the next firearm on your wish list.

Popular Guns to Add to Your Arsenal

Gun enthusiasts come in different forms. Some might have a variety of big game hunting rifles and bird hunting shotguns, whereas others might build an arsenal of assault rifles and 9mm handguns for protection and preparation for a disaster. Whatever your case might be, taking a look at our country’s most produced firearms along with some of our best selling firearms could help give insight to a list of popular guns you might find in one’s collection.

Highly Produced Firearms in the US

o M16/M4/AR-15: The M16 rifle is a family of military rifles closely related to AR-15 style rifles that has been popular in the US military as well as other armed forces around the world.
o Remington 870: pump-action shotgun used by the public for sport shooting, hunting, and self-defense. Also used by law enforcement and militaries around the world.
o Marlin Model 60: semi-automatic rifle that fires the .22 LR rimfire cartridge, commonly used for small-game hunting and vermin control.
o Smith & Wesson Model 10: six-shot, .38 Special, double-action revolver with fixed sights. Used in police forces, prisons with armed guards and the US Army. 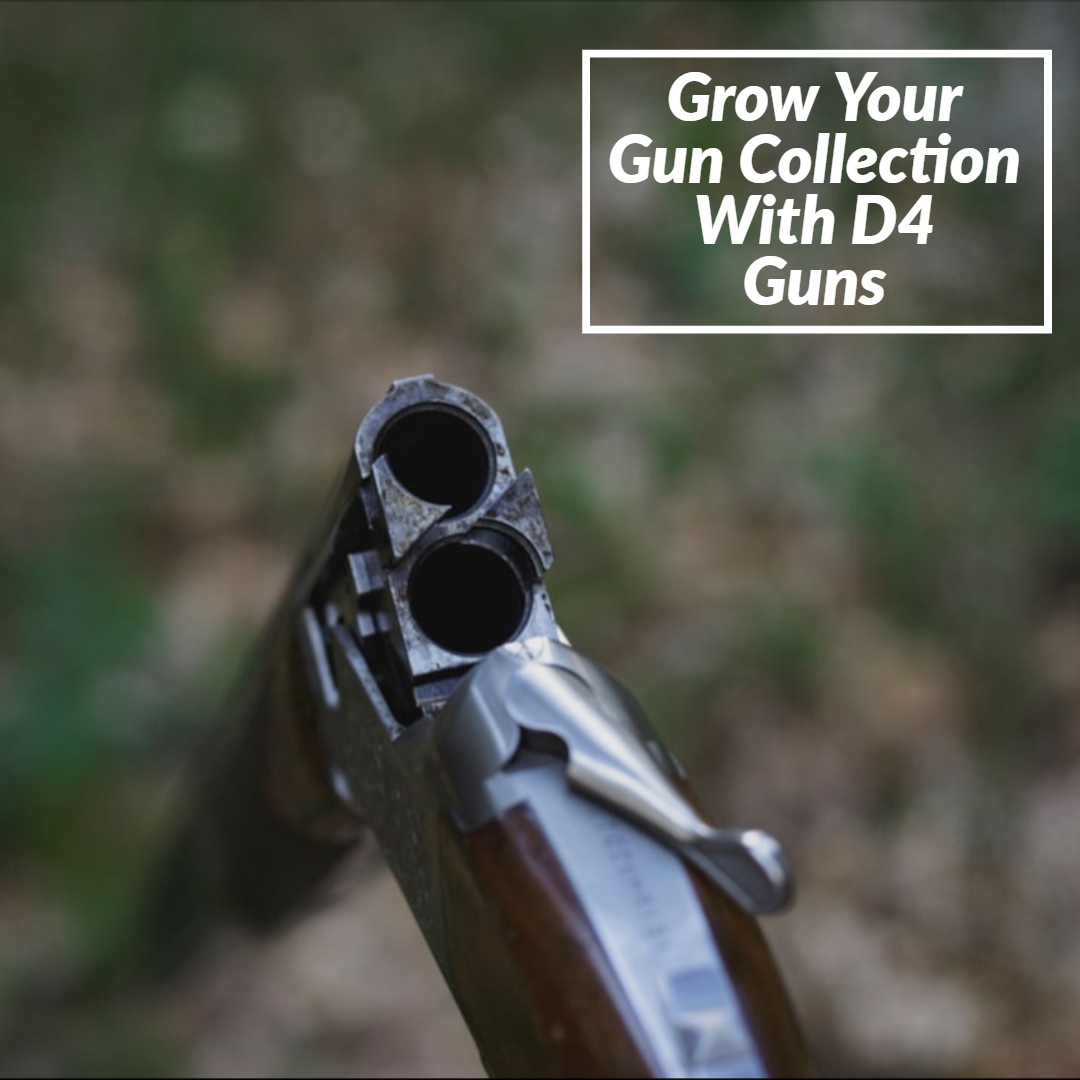 Every so often, gun enthusiasts come across some rare “once in a lifetime” type of gun. In 1987, Hitler’s Golden Walther pistol showed up at an auction after being taken in 1945 by an American soldier during a raid of his apartment and was brought to the United States. Firearms such as this are a piece of history and at the time, the whopping selling price of $114,000 was the highest price ever paid for a military memorabilia at an auction. Jesse James, the legendary American outlaw during the mid to late 1800s was eventually killed by a fellow gang member with a 44.-caliber Smith & Wesson. This pistol sold in 2003 for a price of $350,000. Our 26th President Teddy Roosevelt whom pursued hunting in his pastime had a double-barreled shotgun made by the Fox Gun Company that he used on an African safari in 1909 and it ended up selling for $862,500 in 2010.

D4 Guns – The Next Addition to Your Collection

Here at D4 Guns, we’re a small team of firearms curators on the hunt for the “good stuff” that sometimes can only be found in the gun safes of collectors and enthusiasts from days gone by. While most gun shops and online firearm stores focus on the same-old-same-old; D4 Guns is focused on bringing depth and variety to firearms consumers by offering a wide range of new, collectible and vintage firearms with a progressive way to purchase them. We’re just one company trying to do our part to preserve the old and carry on a legacy. Check out our website to view our collection of firearms and give us a call at 1 (775) 636-9594 to see how we can help you add your next wish list gun to your collection.