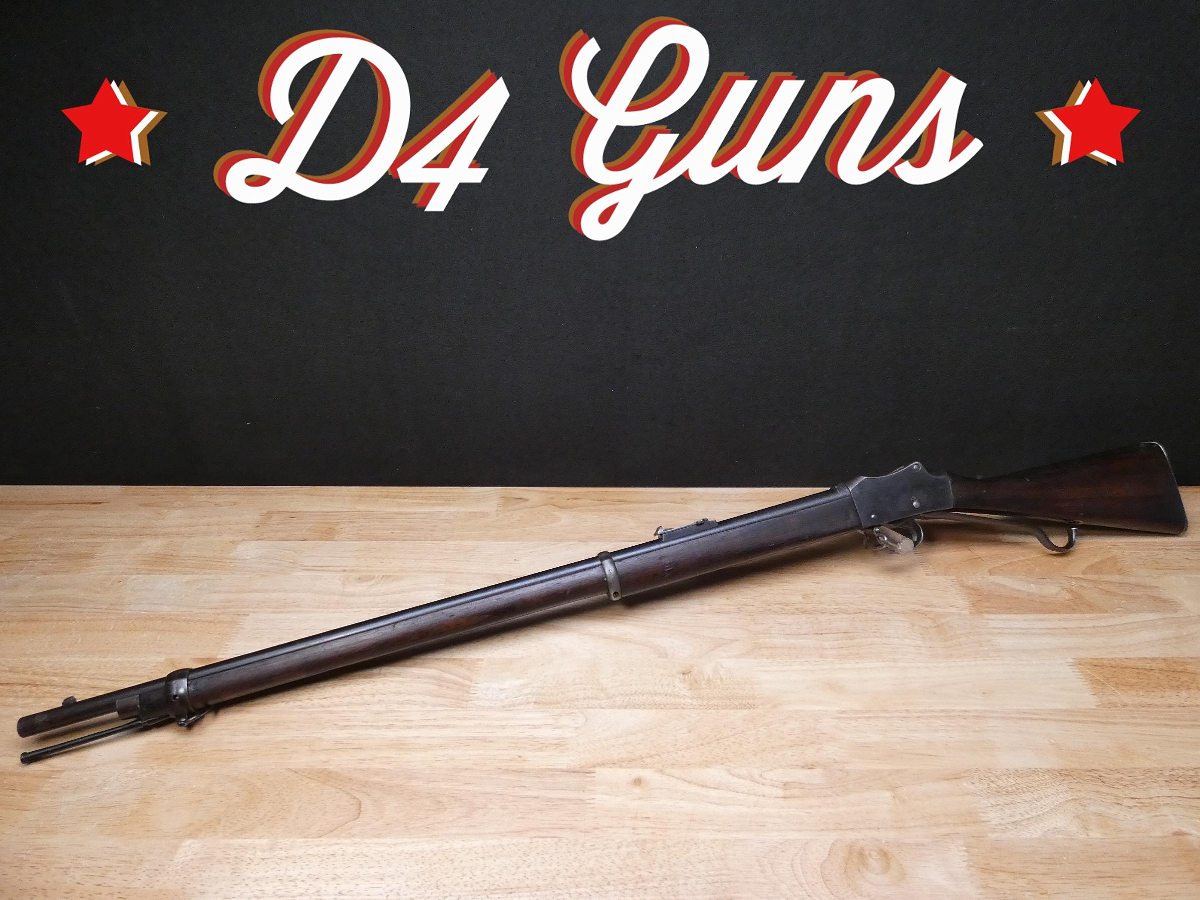 During the Colonial period of the British Empire of the late 19th century, the royal army was on a mission to replace its Snider–Enfield, a muzzle-loader rifle converted to the cartridge system, which was the standard rifle for its army at the time. A new design emerged called the Martini-Henry. It was designed from the outset as a breech-loaded rifle and was both faster at firing and had a longer range than its predecessor.

After initial trials, orders were placed at the Royal Small Arms factory at Enfield for full-scale production of the Martini-Henry rifle and it entered service in 1871. The Martini-Henry was trialled throughout the Empire by various regiments, and finally in 1874 it was authorized for full issue to the British Army. Martini–Henry variants were used throughout the British Empire for nearly 50 years.

The mammoth rifle was long, heavy and fired the brutish, bottlenecked .577/450 Martini-Henry cartridge using old fashioned black powder. It made for a very smoky explosion and had immense recoil, but was feared on the battlefield for its unforgiving damage it would inflict.

The Martini-Henry served the British across its extensive Empire, from wars with the Zulu and Boars, the colonial battles in Africa during World War I, and expeditions into Afghanistan. There were reports of rifles being used against invading Soviet Union troops by Afghani fighters in the 1980s and in 2011 some Martini-Henry rifles were found in a Taliban weapons cache captured by U.S. Marines. The Martini-Henry is a famous Imperial rifle that served the British Empire during the height of the Victorian Era.

This is Martini-Henry MKIV was manufactured in December 1887 according to the date stamp on the receiver. This rifle is in amazing condition considering its age and service. It was given to Nepal as the Nepalis struggled to equip their soldiers. There are Nepal Stamps on the stock and the bottom of the trigger guard. The bore is in excellent condition and features unique-looking Metford-style rifling.

This rifle has stood the test of time and can be a fine addition for any gun collector’s arsenal. But now is the time to act on this opportunity as we expect this rifle to sell fast.