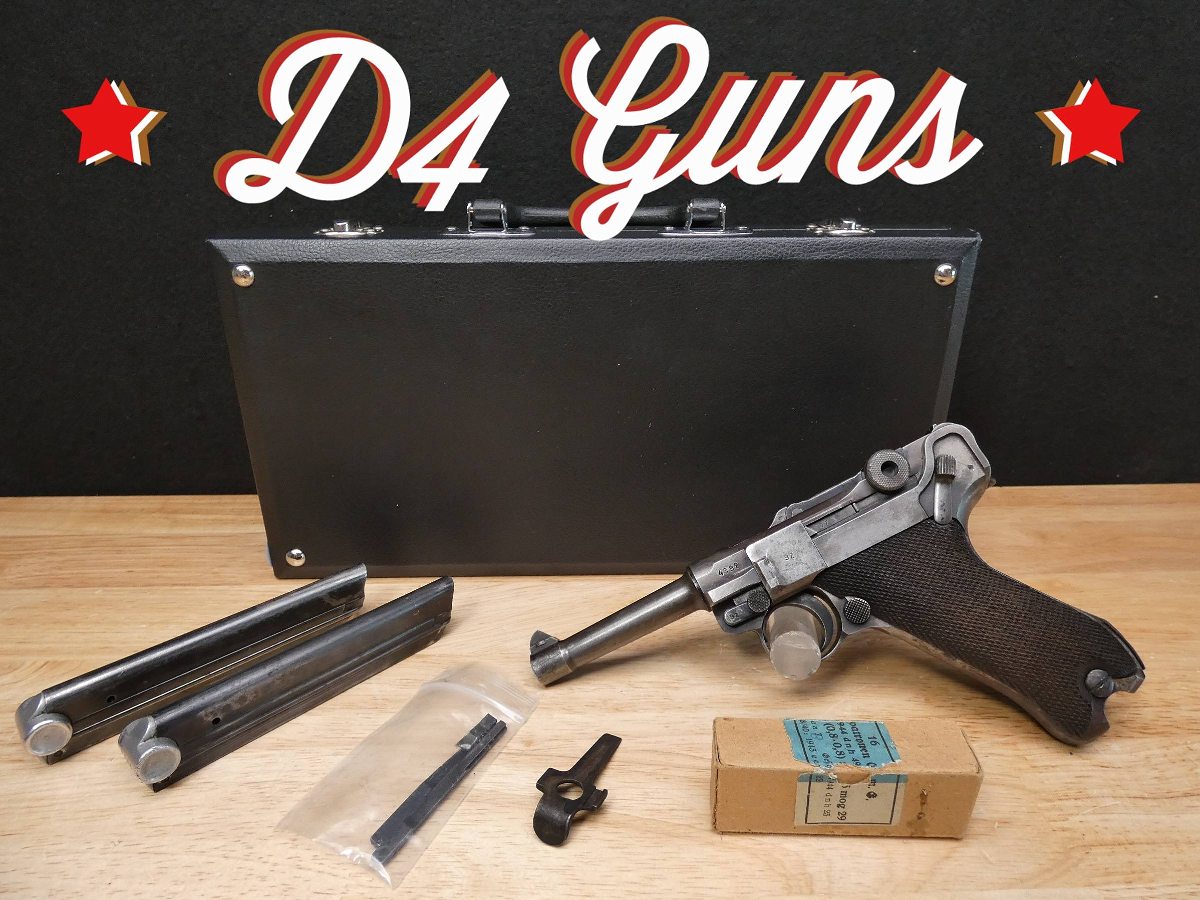 The German Luger, well known for its wide use by German military forces during World War I and World War II, is often associated with the Nazi regime. However, it was the handgun of the Kaiser’s Soldaten before Hitler took power. The Luger pistol was first manufactured in 1900 for both military and commercial use. Easily distinguishable for its very unique design and tight tolerances, the Luger was the standard pistol of the German armed forces from 1908 to 1938 and has been cemented in history as one of the most distinct and recognizable pistols of the twentieth century. Many U.S. troops managed to bring home these pistols as war trophies from dead Nazi soldiers. As a result, many Lugers found their way into the U.S.

Lugers in today’s market are extremely valuable and have become highly sought after by collectors. D4 has a highly collectable Luger up for sale and is this week’s featured gun.

Up for sale is a Mauser Luger in 9mm. This pistol is in good condition. The chamber is dated “1937,” and it has the code of “S/42” for the Mauser factory on the front toggle. Multiple German Eagle/63 inspector stamps are present including both magazines. ALL SERIAL NUMBERS ON THIS GUN ARE MATCHING INCLUDING THE GRIPS AND ONE OF THE MAGAZINES! It is very difficult to find an all-matching Luger pistol in this condition!

It also comes tools, extra parts and a box of genuine German WWII 9mm ammunition. There were many thousands of these pistols produced between 1936 and 1940 before being replaced by the Walther P.38. This is a great example of an early pre-WWII German Luger pistol manufactured by the Mauser factory. These were one of the standard service pistols used by all German troops, Wehrmacht, SS, Luftwaffe, and Navy forces during WWI and WWII.

Be sure to act on this opportunity to purchase this pristine piece of history before its gone!